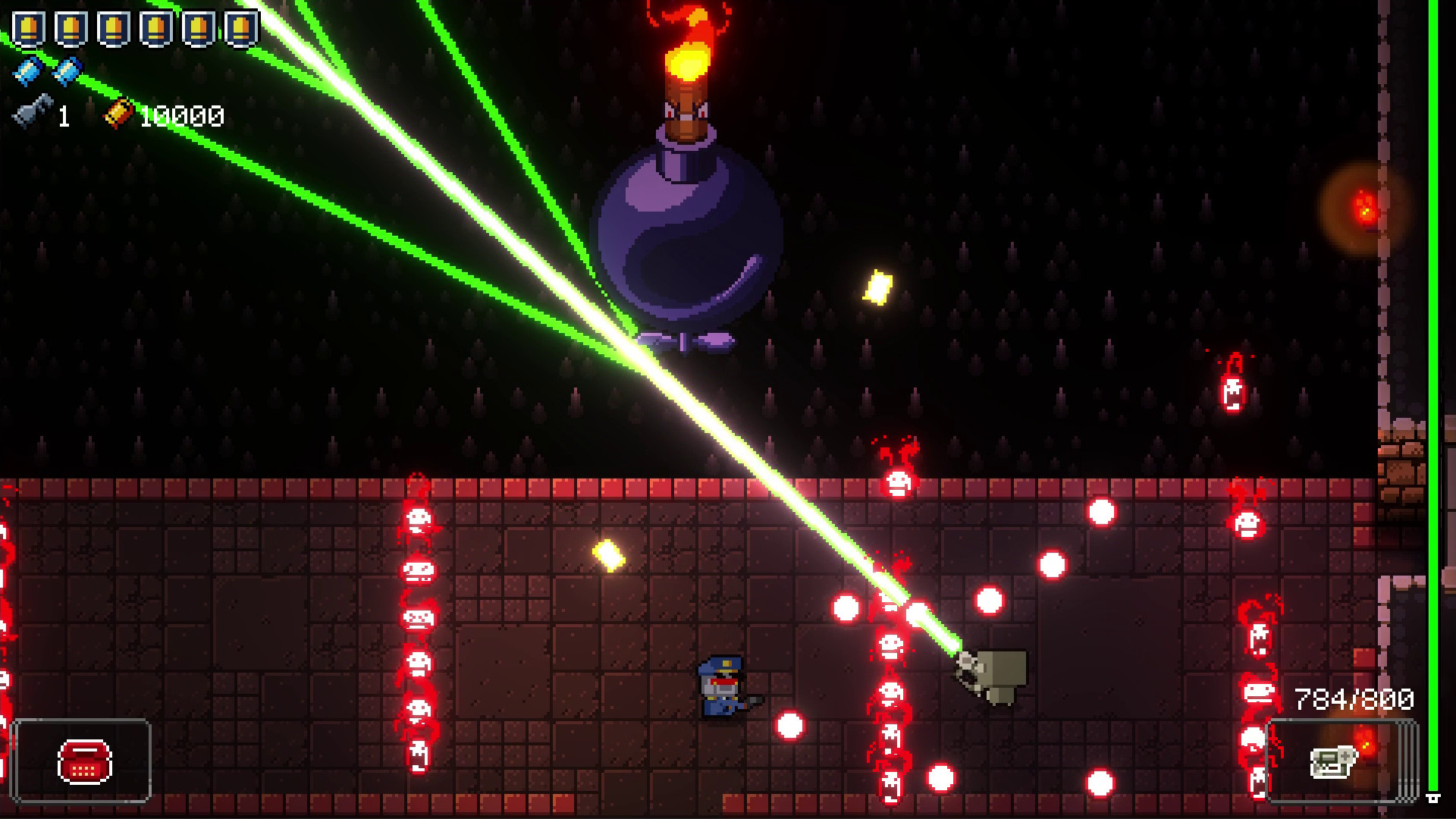 After 55 hours on my Switch, I finally defeated the Dragun with a little help from Dodge Roll’s latest free Enter the Gungeon update. Advanced Gungeons & Draguns brings a crate-load of balancing tweaks, new enemies, bosses, weapons, synergies and quality of life updates to all versions of the game. I (and many others) struggled with Gungeon’s difficulty on release, and many players never made it to the bottom.

I don’t think the game is any easier; some of the bosses have even been buffed, but there are more opportunities for success. The drop rates of items are significantly improved – a run with the Hunter netted me a dozen keys just from drops. Chests and weapons are also more frequent in the early stages of a run, allowing for more variety without sacrificing difficulty.

For those that still struggle, there are a bunch of new tweakable auto-aim settings to give you just the right control. You can even switch to full auto-aim if you want to focus solely on dodging. 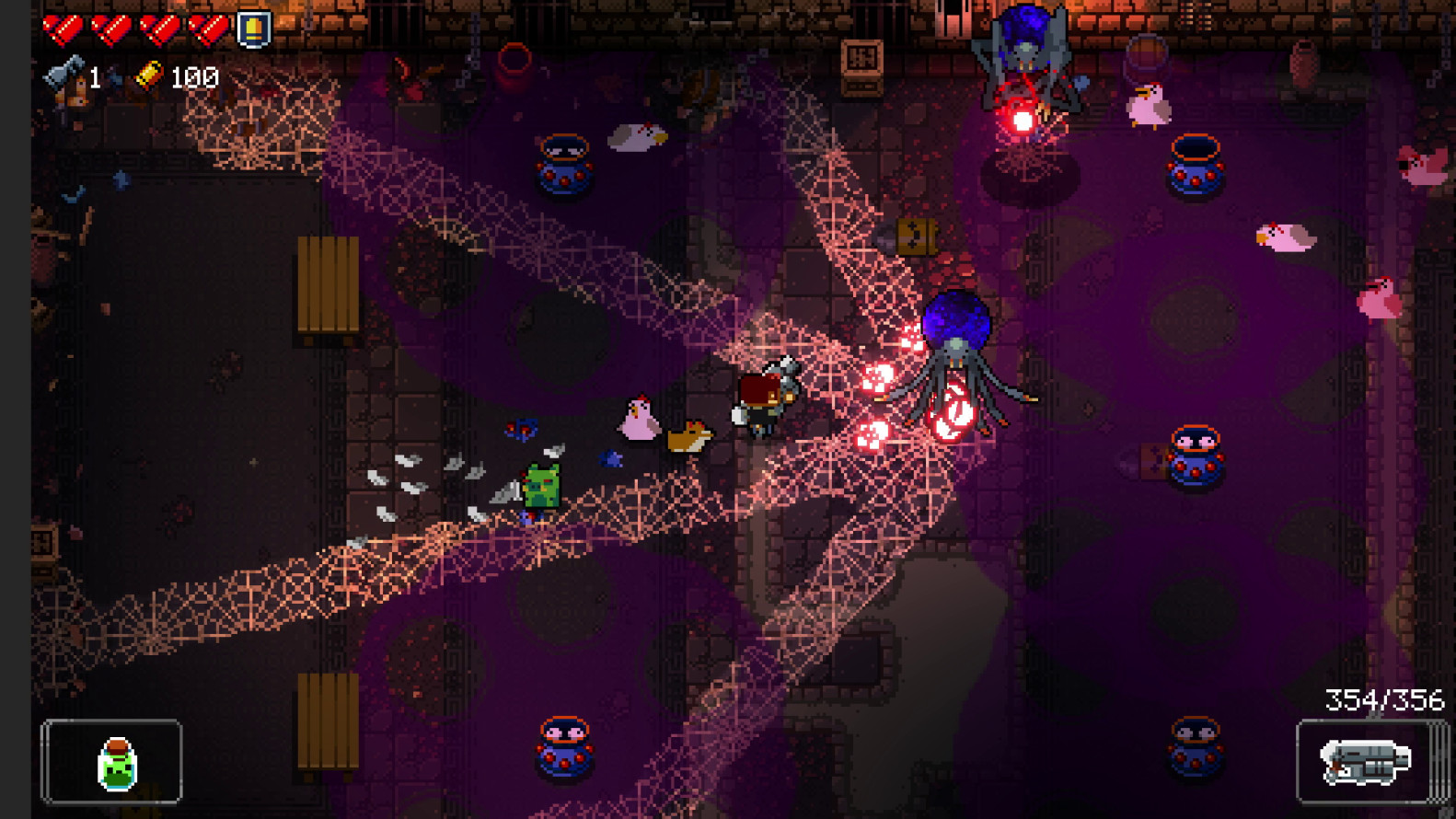 The new Turbo Mode improves the pace of the game, effectively doubling your run speed out of combat. There’s also a handy way to ‘save’ hearts for later by sending them to the shop and the lift at the end of each floor. This all makes backtracking much less tedious than before. Some of the additions to the Switch version on its release have also made their way to PC such as the increased health and money drops.

One of the new additions to the enemy roster has glitched and ended my runs in frustration, but otherwise, the new bulletkin blend in seamlessly with old favourites. It also feels like they’ve crammed in more enemies and shifted their placement in some rooms, but I couldn’t find evidence of this in the patch notes.

All in all, Gungeon feels much better paced and action-packed than before. There is simply more of everything, more shrines, more item rooms, more items and most importantly, more guns. The new synergies feel satisfying, and there’s a handy new interface to show what items synergise. Most synergy effects are noticeable without the need for a wiki search, and can significantly impact a run. 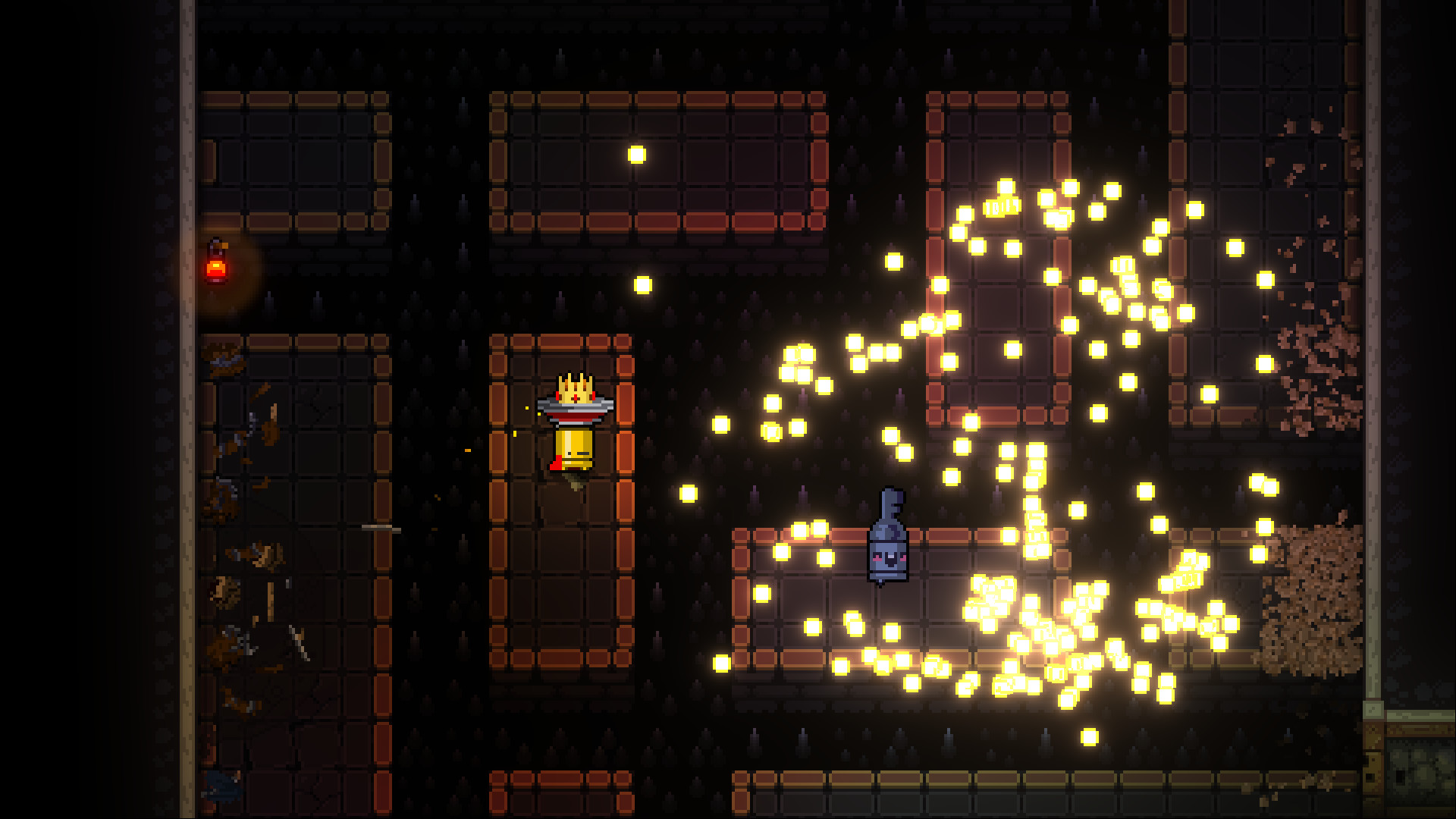 Dodge Roll has made Gungeon much more accessible, so if you picked it up in the past and ricocheted off it now’s the best time to jump back in. And as usual, there are plenty of secrets added to keep veteran Gungeoneers happy. Oh, and like I said before, it’s free so you’ve got nothing to lose! And if you haven’t entered the Gungeon before, you can also pick the game up for half off until the 25th July.

You can check out the PC version patch notes here.