Creative Forge delivers unique twists to the turn-based strategy genre with an immersive setting in the Cold War years. 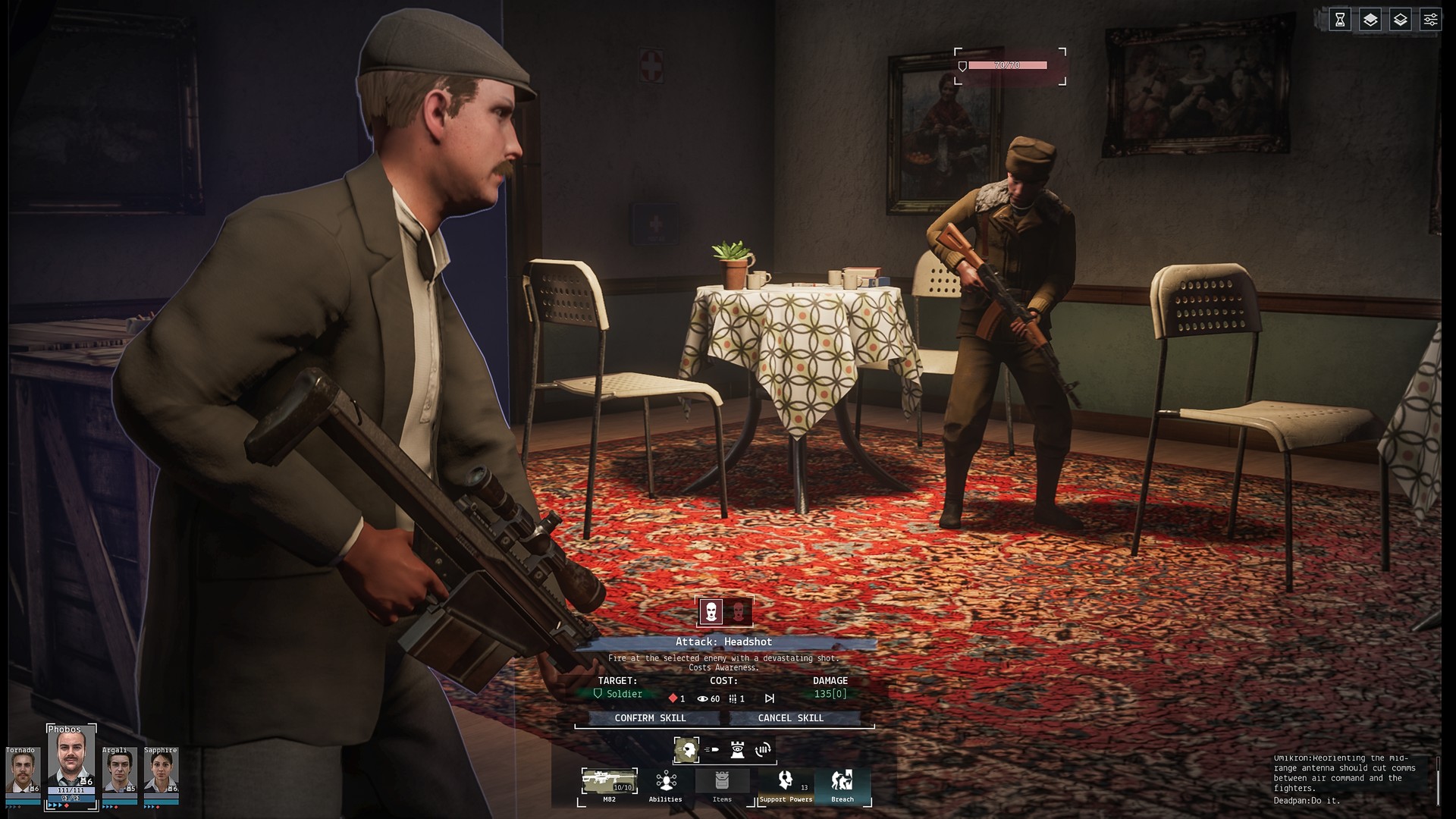 Ok, I admit it. I have a weak spot for turn-based strategy games with permadeath. But it’s not like I love every single game that features those elements. There are certain aspects of them that I value more than others: immersion, level design and versatility. X-COM nailed it, everyone knows that, and so does Phantom Doctrine.

Despite the need to add a twist to a project that intends to follow 2K’s franchise in order to separate itself as a unique experience – which in itself can prove to be a hard feat – Creative Forge’s new title brings some new ingredients to the pot after having a very good debut to the genre with the much acclaimed Hard West. And it’s not about just adding a disguise in the form of a theme or aesthetic. For instance, Darkest Dungeon wasn’t just a Lovecraftian X-COM; it was a dungeon crawling, Lovecraftian turn-based strategy game. But I digress.

In Phantom Doctrine, we manage an under-the-radar spy organization in the midst of the Cold War. The year is 1983 and both the United States and the USSR are fighting for supremacy in all aspects: culture, military power, political influence and technological advancements. As a suspicious episode involving a military ship being hijacked by a group of rogue soldiers comes into play, fear of nuclear war rises and your secret organization is tasked with tracking down who’s responsible for it to prevent a catastrophe.

At the start of the game, we have the choice of being a former KGB agent or a rogue CIA officer, customizing his/her looks before assembling our team of undercover spies. While we uncover the main story, different factors will force us to send some of our agents to disrupt their operations around the world, protect informants and other assets, all while we keep an eye on a danger meter that, if left unchecked, will rise and force us to move our base of operations to a new location. 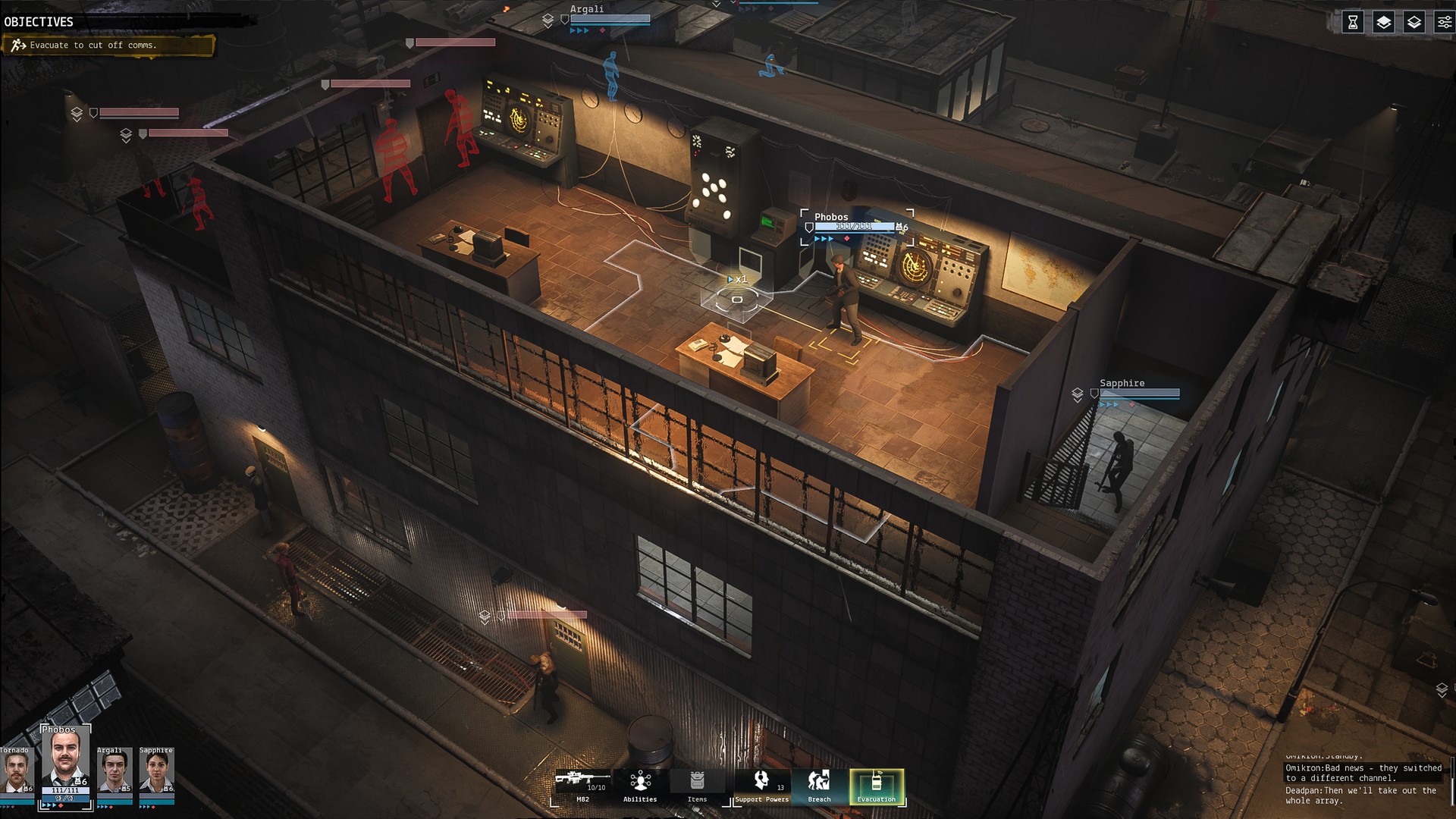 Our base has many facilities and ways of expanding, unlocking agent training, items to aid in tactical ops, increasing our roster maximum, upgrading our danger gauge, the forging of fake ids to replace the ones that have been compromised and much, much more (MK Ultra alert!). But the story-driven elements of our base are divided into three: analytics, the crew’s quarters and the world map. The first one allows us to inspect dossiers and connect the dots between different pieces of intel that, once resolved, will provide us with new targets and story progress. The second one allows us to take a look at each of our agents, their unlocked or hidden perks and their proficiencies. The latter shows us what’s happening around the globe, such as new recruit posibilities, hideout locations, enemy movement and main-story progress.

When disrupting enemy operations, intercepting enemy agents or in a main-story mission, tactical ops come into play. The level design of each of these missions is great, featuring tons of ways to approach each mission, from drop points and approaches to collectible intel and blueprints to craft new equipment. Cameras survey certain areas that will ruin a stealth approach instantly, unless deactivated previously. And this is where Phantom Doctrine introduces unique aspects to the turn-based strategy genre. 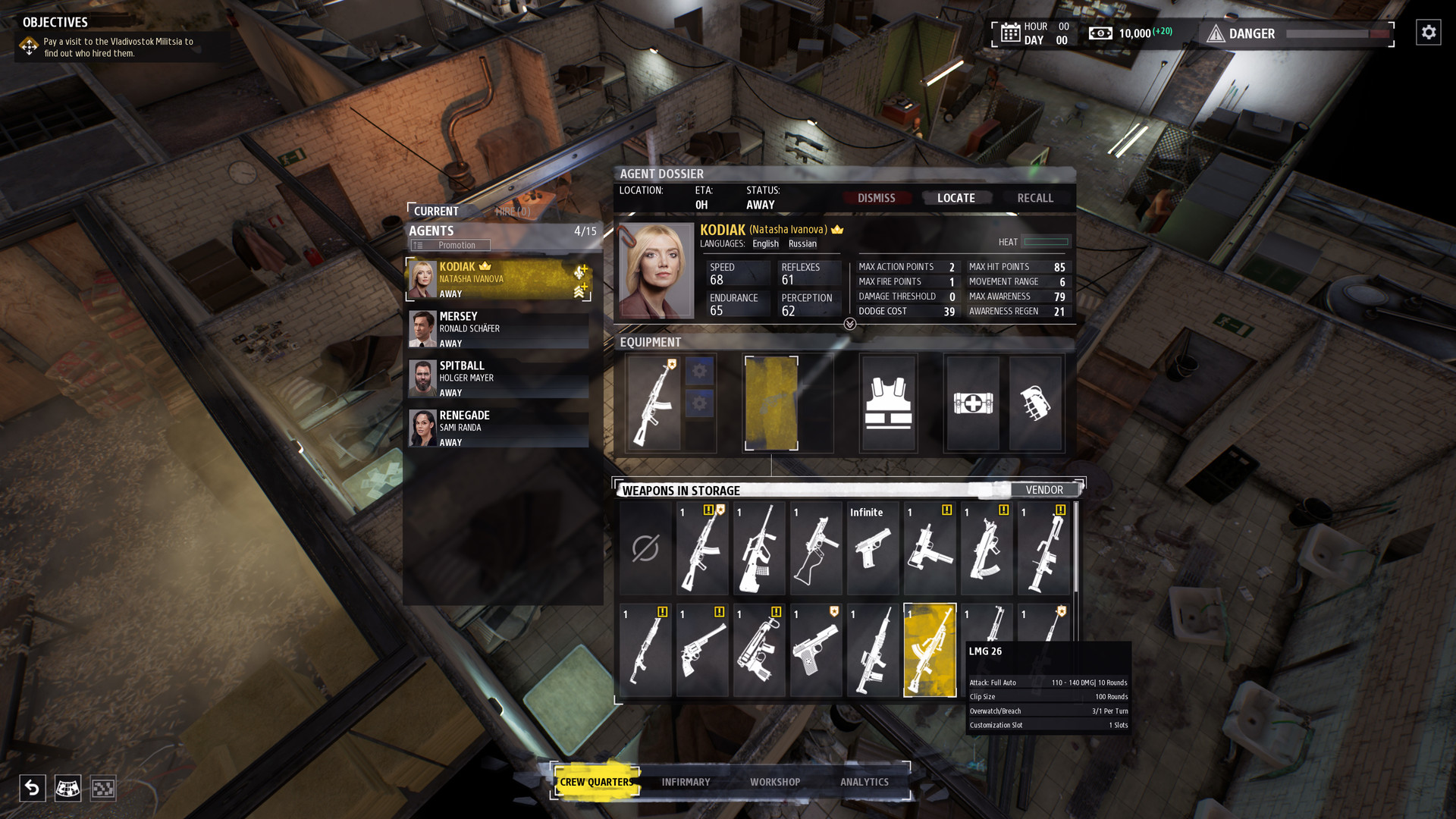 Missions can count on support of other agents acting as, say, spotters to reveal hidden areas of the map from a distance. Another and more relevant element added to this equation is the “awareness” meter, which symbolizes how possible it is for any agent (friend or foe) to dodge an incoming bullet or perform certain actions, like takedowns. This meter is refilled turn by turn and pairs iself with the fact that there’s absolutely no random elements in Phantom Doctrine’s damage output system: a dodged (minimal damage) and a hit (maximum damage) is determined by the target’s amount of awareness. Each dodge consumes it and when depleted, full hits will come through, meaning an almonst certainly negative outcome.

The death of an agent in the field can be prevented by using another agent’s “stabilize” perk, but by that time things may have already gone haywire. The final stage of a mission, after all objectives have been completed, consists of selecting an evac point and reaching it with your team.

Reinforces, air-strikes and other hazards will come into play when your agents lose their anonymity, so a stealth approach is always better than a guns-blazing tactic. Analyzing NPC movement patterns and looking for blind spots in their routines are crucial tactics in this concern. Takedowns offer an insta-kill advantage while staying unnoticed, but failing to hide a body or taking down a patrolling officer will alert his comrades of a security breach when they inevitably fail to report back. 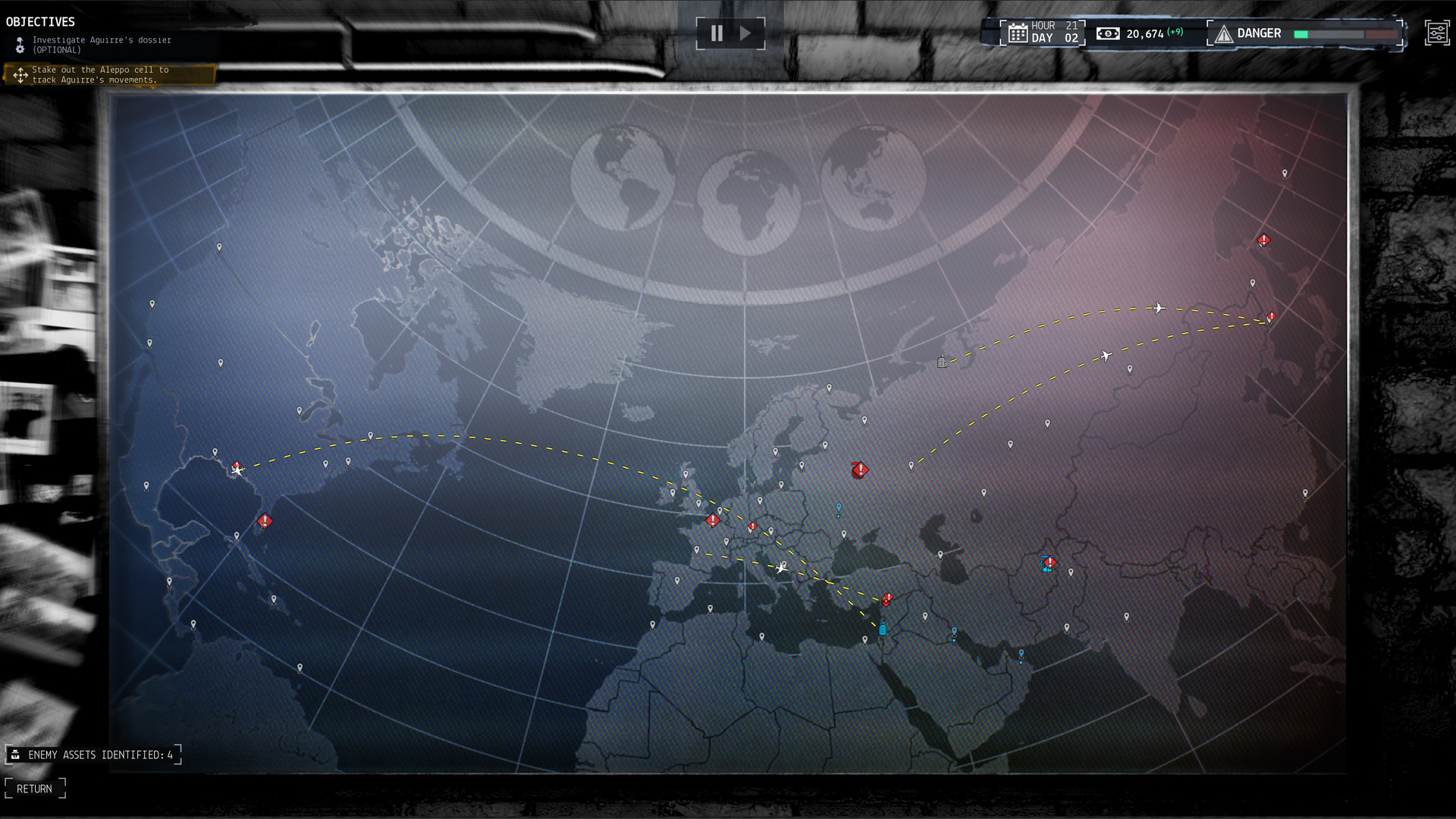 While from a graphics standpoint Phantom Doctrine is not remarkable in any way, including its repetitive and never-changing “agents arrive at the scene” and “agents leave the scene” cinematics, its massive amount of content and immersion really stands out. The intercepting enemy operatives missions are also a bit monotonous and can quickly become a tedious thing to do. We also can’t overlook the poor voice acting and amount of in-mission preset lines of dialogue. One good thing in this department is that choosing a former USSR character as our main protagonist will render a Russian-only dialogue (with subs), which for me represents a more realistic approach, as opposed to a Russian-sounding English cliché.

Overall, Phantom Doctrine delivers an immersive Cold War setting with unique elements to the turn-based strategy equation and a bunch of content to have fun with for at least 40-60 hours, as well as a multiplayer mode that allows us to face our friends in tactical espionage scenarios. A must play for X-COM lovers, Cold War buffs and turn-based strategy fans.