I have some more questions for you… 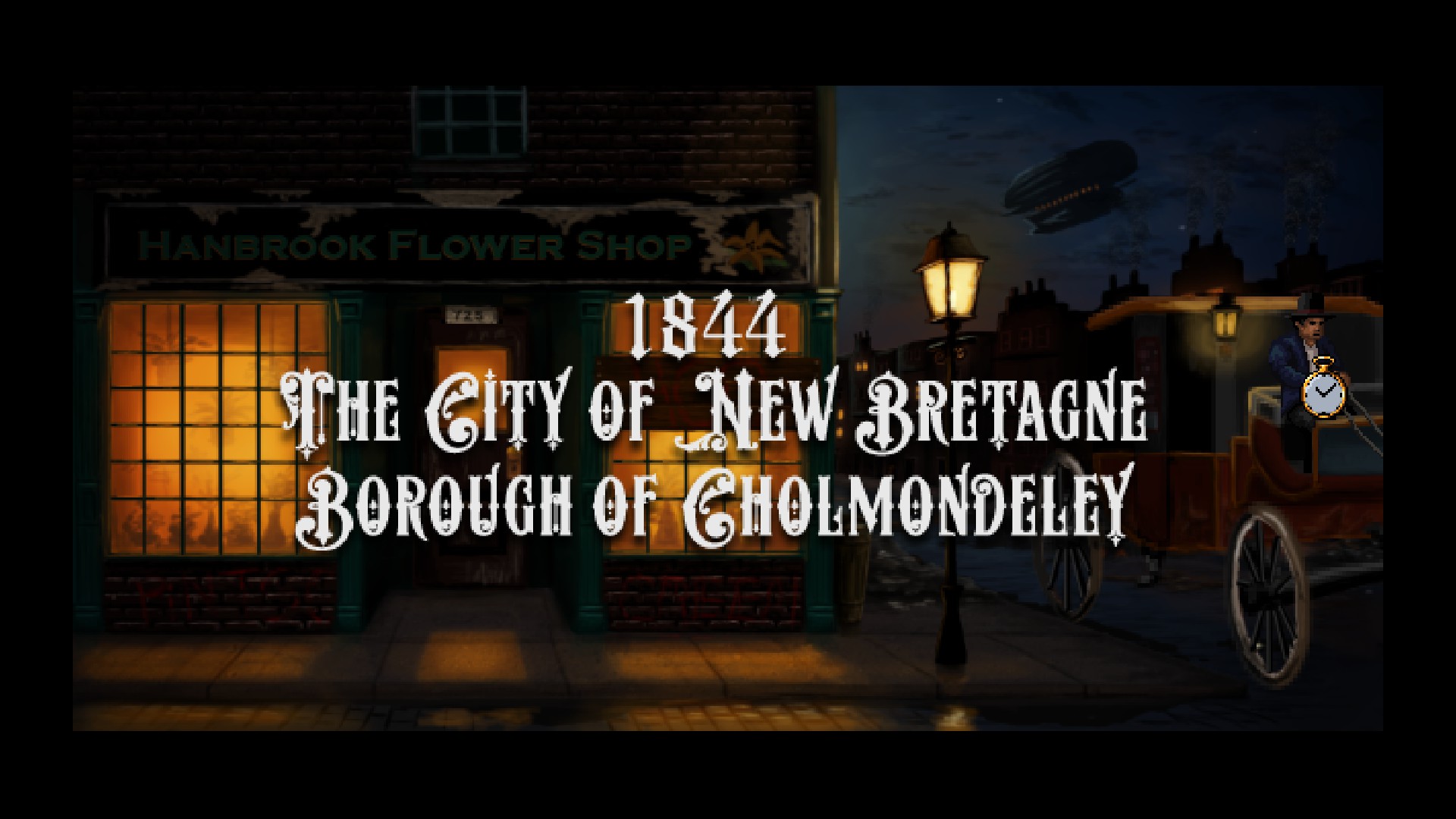 New Bretagne, AKA Lamplight City. A city of corruption, crime, class divides and great technological advancement. It’s 1844 in the US. Workers are struggling to find employment in the wake of a steam-powered industrial revolution. You’re Miles Fordham, a private investigator grappling with the incident that cost him his job as a detective.

Miles crosses a fine line between sacrificing his personal life for his work, taking sedatives to sleep at night and turning to alcohol to cope when all else fails. The detective turning to vices has been in fiction plenty of times, but there are some interesting scenes reflecting the devolving madness of a professional.

You encounter physical and mental barriers from being a former detective. Your senior officers deny the access you once had, and lingering self-doubts hinder you. The ultimate goal is to find closure in more ways than one. 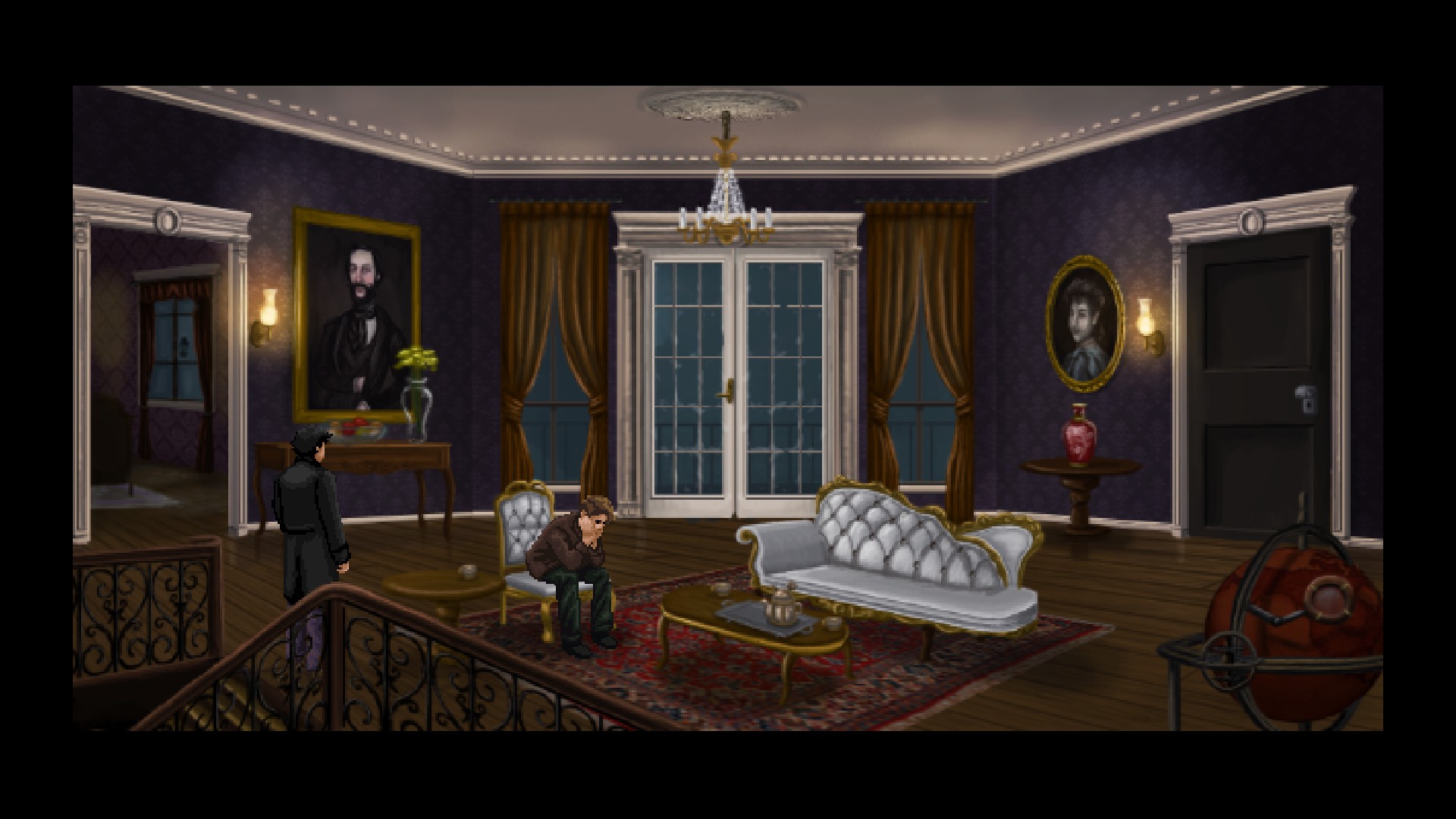 That’s about as much as I’m willing to say about the story. Anything else would be spoiling the greatest aspect of the game. If you know that you like point & clicks on the easier side with a good story and interesting characters, you can’t really go wrong. Otherwise…

Lamplight City is a fairly standard point & click affair with a noticeably omitted inventory system usually found in similar titles. Ultimately this results in puzzles being on the easier side, but without the crazy solutions of other point & clicks. Lamplight definitely focuses more on the story being told here than lengthening play time with obscure puzzles.

Where it differs is the focus on variation within the five cases you’ll cover. Every case has multiple leads, dead ends, clues, documents and puzzles to find. Not every action or conversation will lead you in the right direction, and it’s fully possible to miss large chunks of the game by pursuing other avenues. 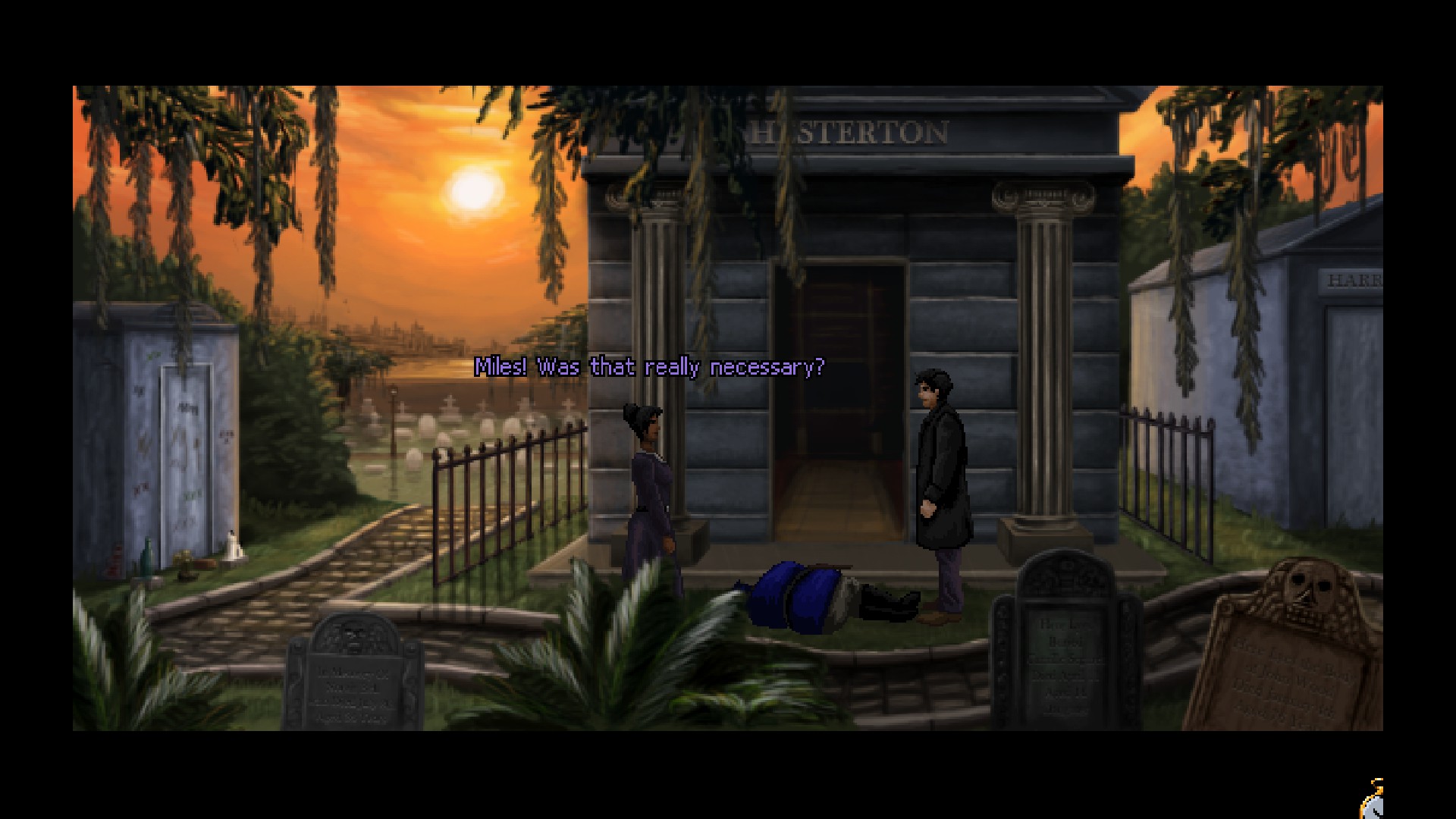 On my second playthrough, I tested different ways cases could be solved. There’s a demonstrated effect on Miles’ psyche after cases go wrong. Doubts linger, ruminations become more dramatic and leads get away easier. If you don’t act professionally, Fordham can end up in a lot of trouble.

If you lose all leads you can simply move on to the next case – there are consequences for passing on a case but the plot never stops. I tested out being more direct to a medium that helped me in my last playthrough; she was unwilling to cooperate and cost me a vital clue in two separate cases.

I found multiple new scenes and locations I never saw the first time through, and interesting new clues that pushed me toward a different conclusion. There was enough here to warrant a second go-around but didn’t feel tedious thanks to the easier puzzles and skippable dialogue. 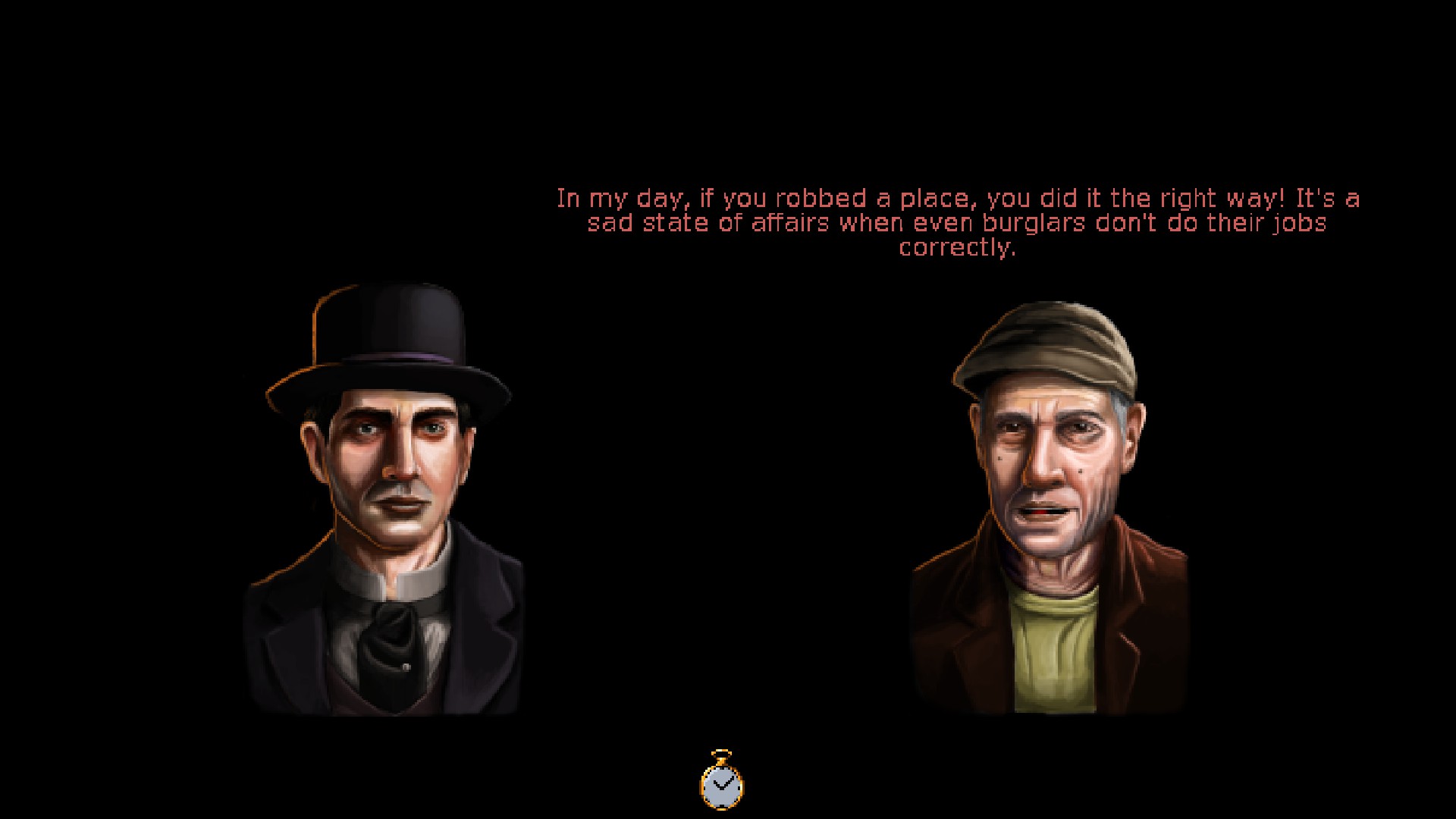 This is a huge departure from traditional point & clicks. Usually, there’s a complex set of incredibly obtuse puzzles requiring a linear solution. Having some elements automated is much appreciated, and Lamplight City does a wonderful job of keeping the old and making it functional to service the story.

The art style also consistently evokes the older look of the point & click greats. While the style might be too ‘fuzzy’ or rough for some, it’s remarkably consistent and fits the tone perfectly. New Bretagne feels like a real city, and as you traverse the boroughs you will begin to understand their political climate.

Every character has a history that is delicately tied to the society they’re in, and they’re excellently brought to life by the voice acting. It’s easy to empathise with characters that struggle with the same issues people face today. Lamplight City does everything it can within the limitations of the genre to bring its best quality to the table. 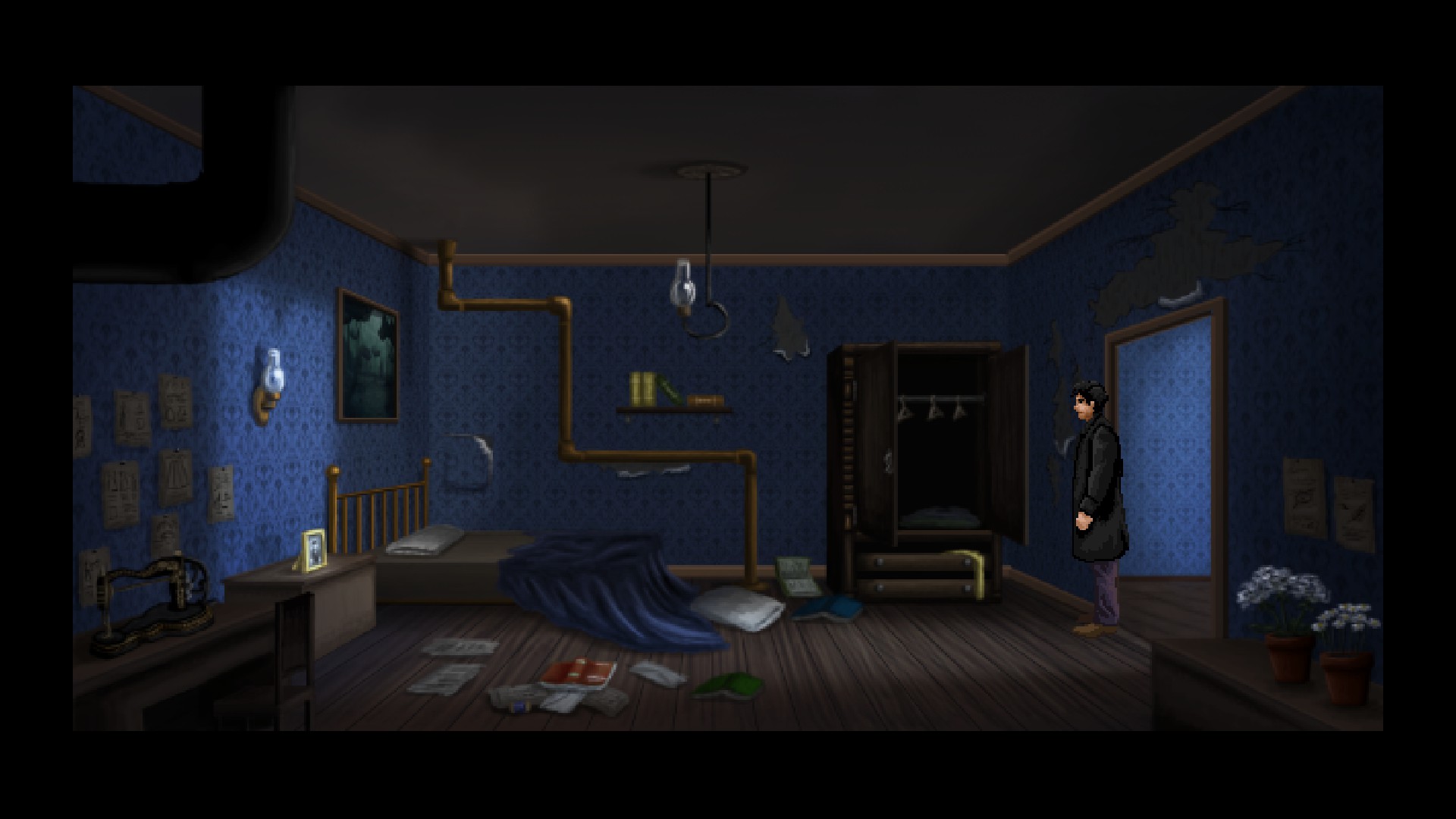 Lamplight City is a richly developed world that I didn’t want to leave. For a genre I never dabble in outside of the modern adaptations like Life is Strange, I found Lamplight City to be an enjoyable and accessible story. If you’re looking for something less puzzling than other adventure games with all the storytelling chops of a great writing team, check it out.