If that doesn’t pique your interest, what will?

If that doesn’t pique your interest, what will? 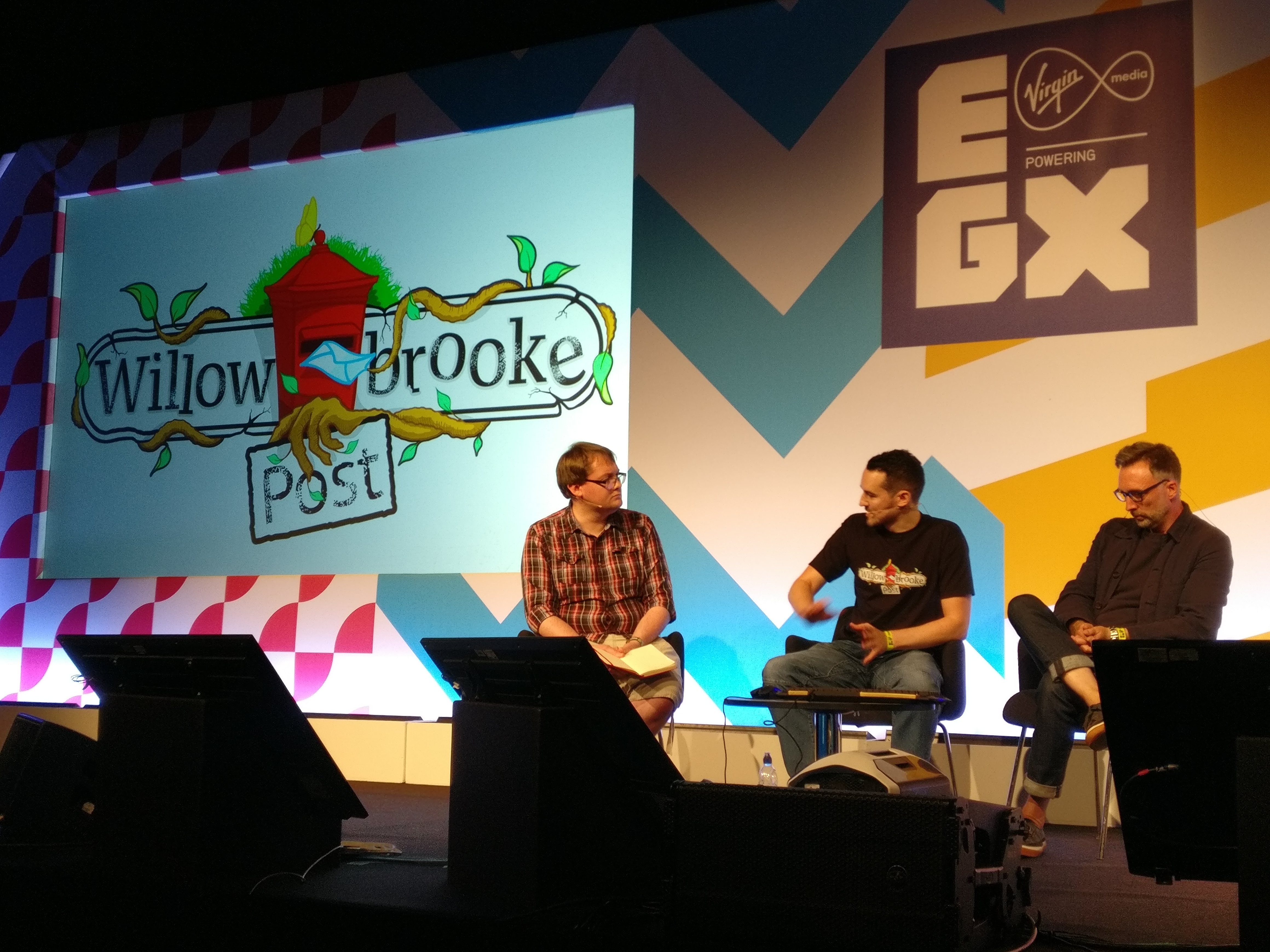 Excalibur Games today announced Willowbrooke Post at EGX Birmingham. Located within a fictional English village with “old-school 1950’s trappings”, it will have something of a whimsical sense to it. You can watch the announcement trailer below:

The protagonist is tasked with looking after the post office of Willowbrooke by their mum and dad, as they depart mysteriously for a year. You have to maintain the post office and build your relationships and reputation with the villagers by helping them out. It’s a first-person perspective with pixellated art, somewhat like Minecraft but in more detail. The game started out as a hyper-realistic simulator visually but it “didn’t fit the tone,” at which point they experimented with this more abstract style.

The characters are surreal caricatures. We saw Magnifique, an “effervescent character who likes to be the centre of attention.” The more you get to know him, the more he’ll reveal his real inner self, like how he’s a real mummy’s boy. All of the characters were said to have some real depth once you talk to them some more.

As an example, there may be a mission where you have to bake. There’s a chef character in the village, so you’re faced with the conundrum of whether you pinch some of the ingredients that you need from his parcels. Likewise, you can choose to open people’s mail and find out more about the inhabitants in the village, which can actually help you in your current quests. But the choices are yours – after all, if you’re caught out, they won’t be too pleased.

We were told that it can get pretty hectic as your responsibilities increase, but it will definitely be a more laidback experience than Papers, Please!. It is very much a management game in which you even have to watch your own stamina, but the interesting part of Willowbrooke Post is how this will be mixed with getting to know characters. They wanted “to make sure that the relationships meant something,” after being inspired by the characters of Stardew Valley. There will be things you can trigger in your character interactions that will drive events that crop up in the future, meaning that no one playthrough of the game is the same.

Willowbrooke Post will be releasing into Early Access, as Excalibur Games feel that player feedback will be crucial to the development of the game. To start with there will be a barebones narrative and some management systems in place, but over time they will add more story and tweak the management to find the sweet spot based on what players like and don’t like.