Polish indie game developers at Tate Multimedia announced today that pre-orders for their high-octane motorbike 2.5D arcade combat game, Steel Rats, are ready for pickup. The official release date is scheduled for November 7th on PlayStation®4, Xbox One and Windows PC. The price tag is €19.99/£15.99 and 16.99€/£13.59 for Playstation Plus members.

Previously having developed Heroes & Generals, Tate Multimedia now provides an awesome-looking, high-octane motorbike combat game with a gripping storyline set in a dieselpunk 1940’s decade. Players take control of a daring gang of bikers tasked with defending their city from an invasion of alien robots.

With a noir, gangster-like aesthetic and visually stunning graphics, alongside with a narrative-driven campaign, Steel Rats promises to be tons of fun for players looking to relive those glorious days of combat arcade games and the thrill of those dusty parlors. 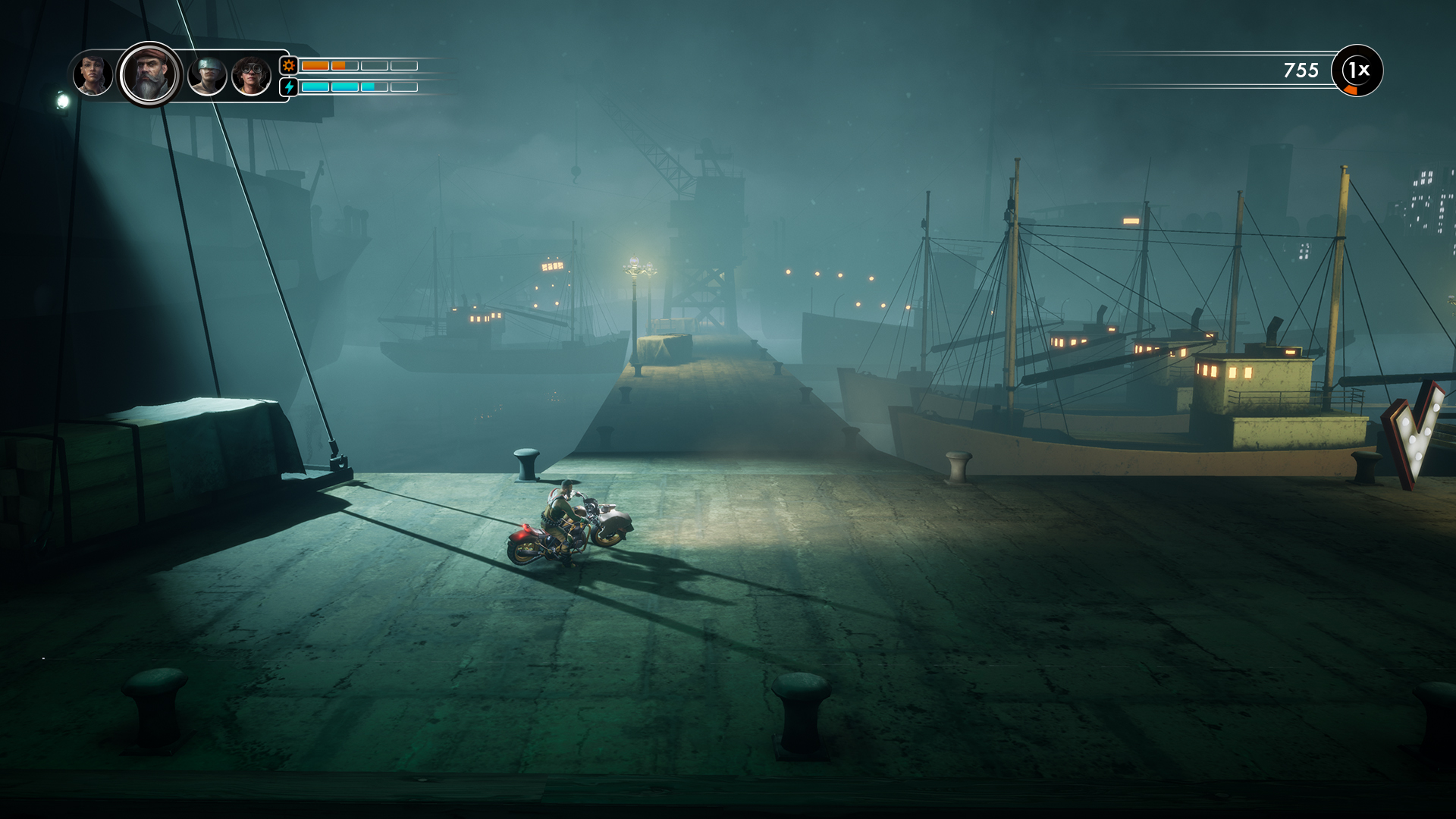 “Steel Rats is already lighting up the 2018 awards scene with eight nominations and one win for ‘Best Gameplay’ at the Game Connection Awards, a nomination for ‘Best Indie Game’ at the Digital Dragons Indie Showcase and winner of ‘Best Gameplay’ at Pixel Heaven in Poland earlier this month. The game has been touring the convention circuit over the past year, having been at EGX Rezzed, PAX East, Pixel Heaven, Gamescom, PAX West and most recently Tokyo Game Show, sometimes even playable on a giant 9-foot-tall robot demo station.”, reads the game’s latest press release about Steel Rats’ nominations and awards.

Pre-orders for Steel Rats are now live for PC, Xbox One and Playstation 4 for €19.99/£15.99 and 16.99€/£13.59 for Playstation Plus members. Whoever chooses to buy the game right now will get a discounted price for the Deluxe version, a PlayStation theme, five avatars and the game’s soundtrack.