A clunky and tedious adventure that sinks.

A clunky and tedious adventure that sinks. 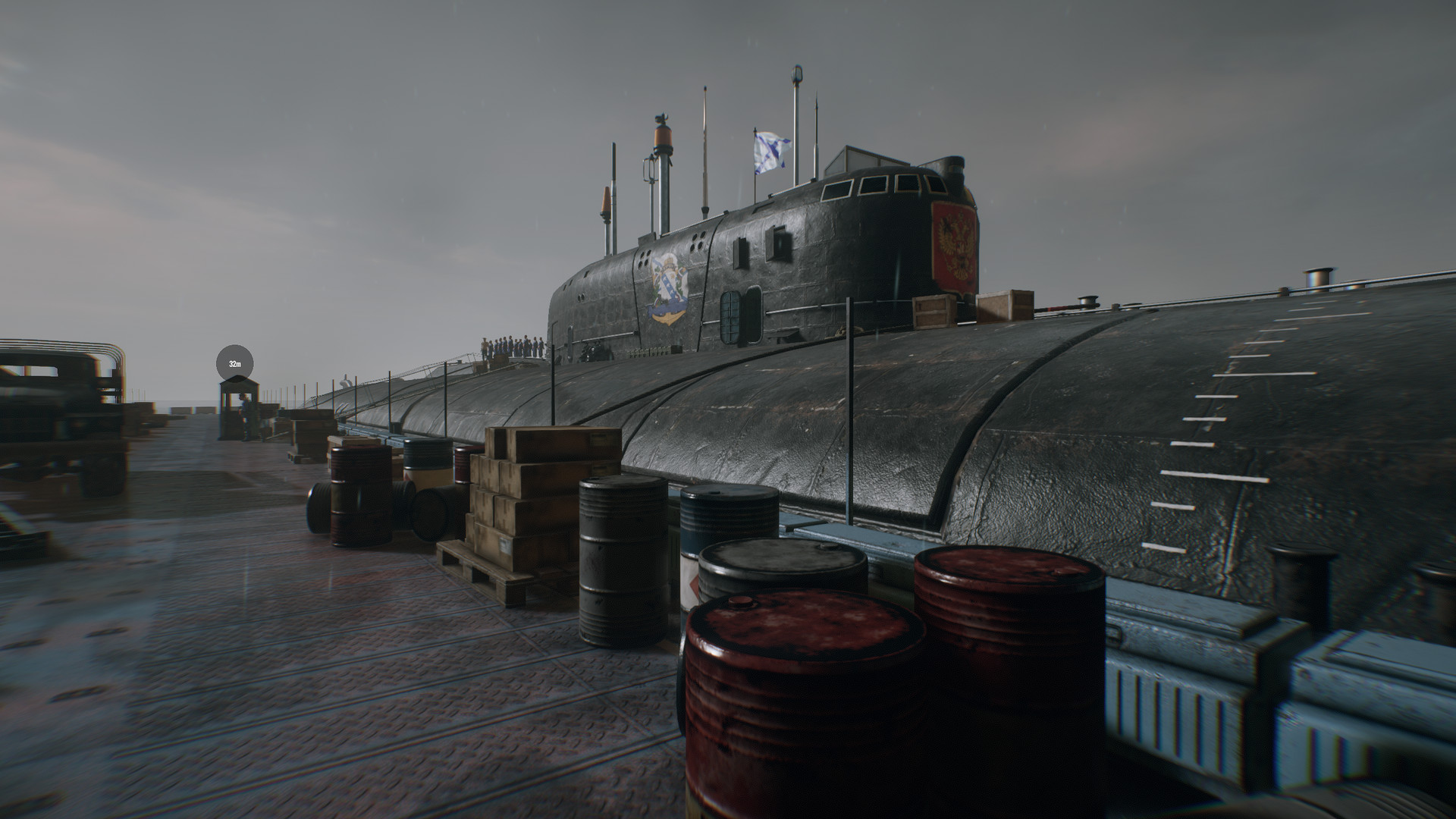 KURSK is a first-person documentary that tells a fictional story within the framework of true events. You play as a spy gathering intel on the nukes aboard the K-141 KURSK, a Russian nuclear submarine. At the start of the game, you infiltrate the sub in an effort to learn more about the Shkval supercavitating torpedoes.

An interesting setup, perhaps, but KURSK’s main flaw is tedium. It’s difficult to maintain your attention when nothing feels fluid and everything moves so slowly. Controlling your character is clunky. Interacting with NPCs and the environment is frustrating. Oftentimes, you’ll have to move the character around a door or a ladder to have the “use” prompt appear on your screen. It’s like using a key on a broken lock. 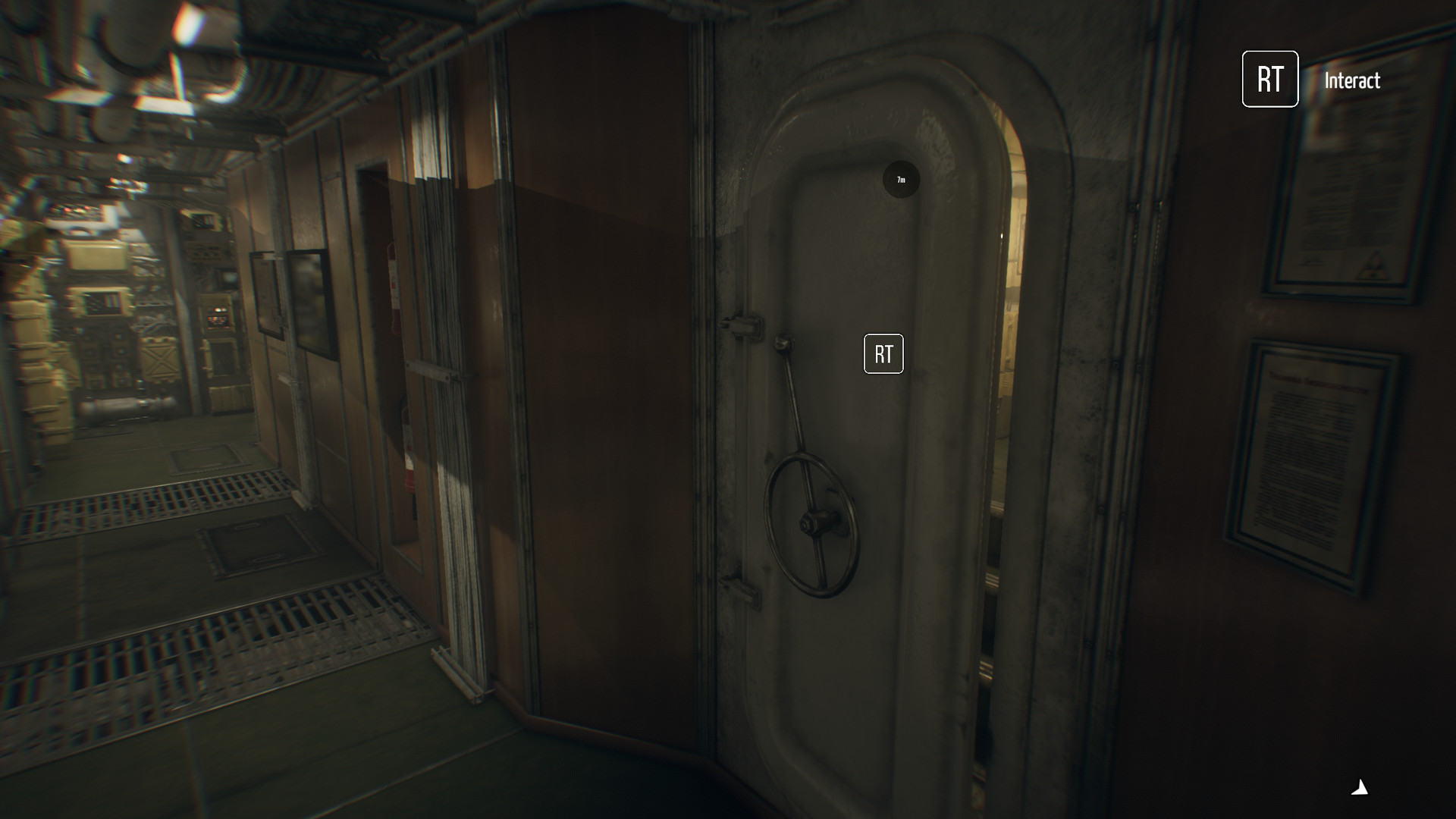 Speaking of doors, this game has way too many. Every door on the sub is closed, and KURSK forces you to walk through them all the time. This seems like a strange and minor complaint at face value, I know. But the animation for walking through doors in KURSK takes forever, and it slows the game’s pace down so much so that I actually hung my head in my hands a few times.

The submarine you’re exploring is also lifeless. Occasionally, you’ll see some dude typing away at a computer or lying in bed, but there are never any conversations happening. Nobody ever says anything to you unless they’re part of a quest. In a game like KURSK, I’m most interested in the people. Life on a submarine is anything but normal, and it’s a shame that the game never puts those relationships and feelings on display.

Occasionally, KURSK’s objectives will tell you to walk from one end of the sub to the other, and these are the toughest ones. Making your way through a lifeless sub again and again is about as engaging as you’d expect. There’s no incentive to explore, because you’ll often enter a bunk compartment or office with nothing to interact with. About halfway through the game I just stopped entering rooms that weren’t directly part of the main objective. 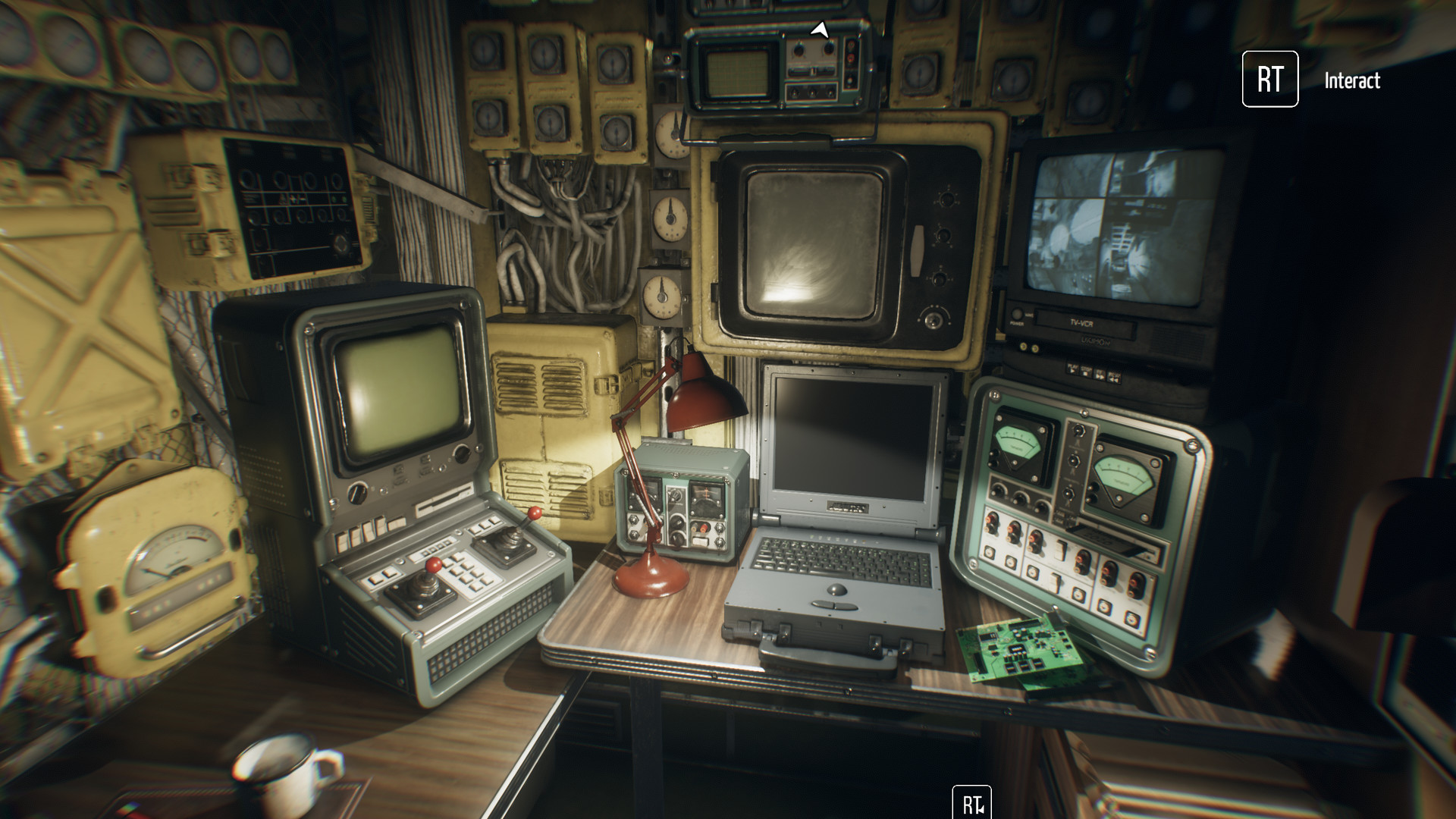 Especially for a game like KURSK, where mechanics are basic and easy to grasp, exploration and environmental interaction are integral in creating a truly interesting and meaningful experience. KURSK doesn’t offer any of that, so it never leaves any sort of lasting impression. Not a good one, at least.

As I progressed through KURSK’s story, I kept asking myself why the devs were telling it. I kept waiting for something interesting to happen, but in the end, I just felt bored. Exactly one interesting event occurs within the entire 6-10 hour game, and it happens in the final quarter. 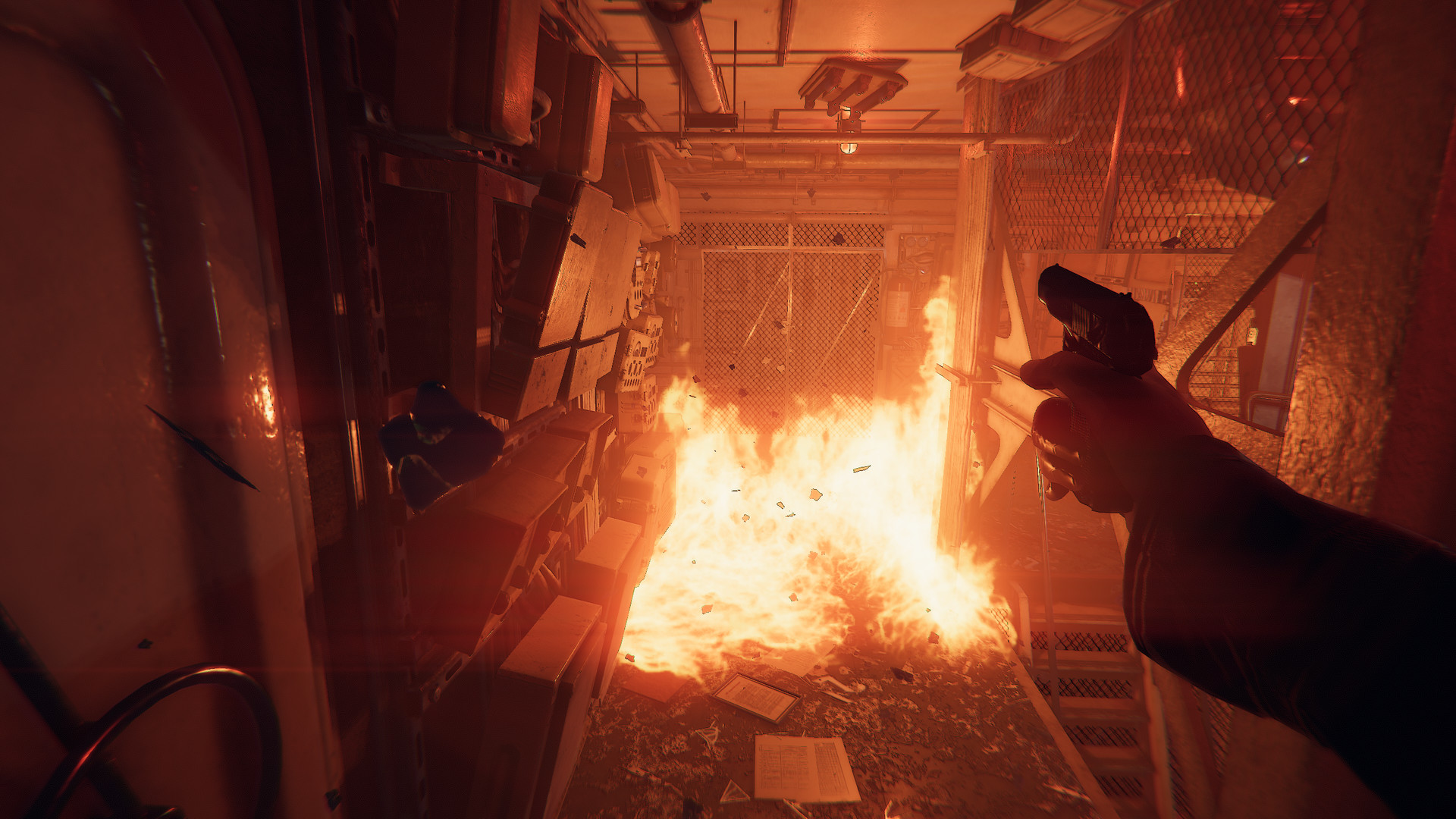 If you can get there, though, the game starts to pick up slightly. It’s by no means great, but once the sub starts to sink, that’s when the game started for me. It’s a shame that this portion only lasts about an hour. KURSK could have been much better if it had just cut out the entire portion where you are running from one end of the ship to the other performing meaningless fetch quests, and started it a little closer to the crash.

One redeeming feature, however, is the music. The overall sound design isn’t particularly strong, and some of the cues are a little off – but especially in the final quarter of the game, the soundtrack adds an exciting element that the rest of the game sorely lacks.

Regardless, KURSK is an impossible recommendation. It’s no fun to play, and the story falls flat. If you’re looking for a meaningful, story-driven experience, there are plenty of options available, almost all of them much better than this.