A sombre story about one of the world’s darkest moments.

A sombre story about one of the world’s darkest moments told as a simple adventure game. 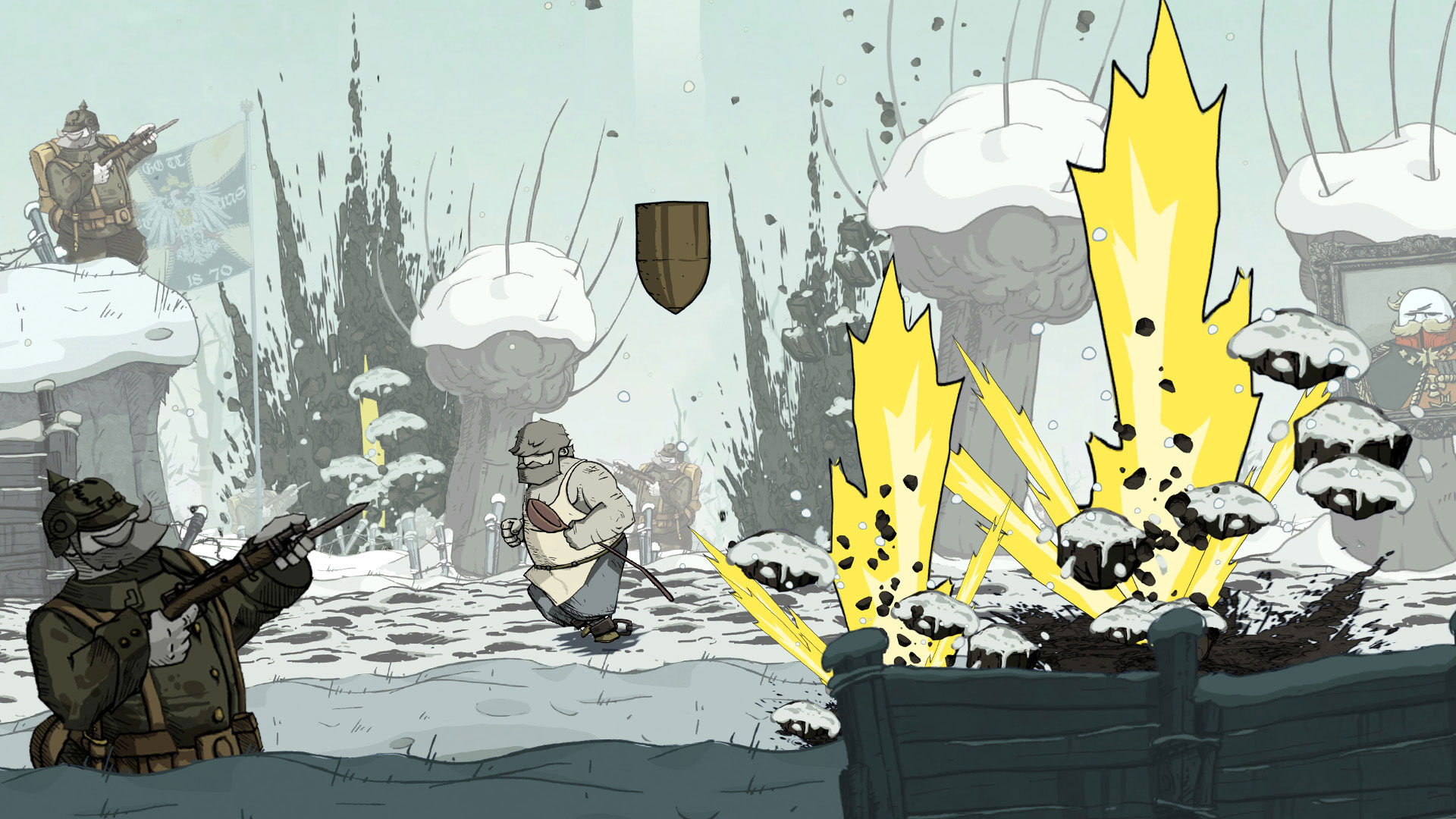 They say that war never changes, but the way that video games try to tackle the sensitive subject certainly has, over the years. Massive conflicts like World War II have always been popular settings for first-person shooters, but the first World War is often unexplored in pop culture. Battlefield I turned a spotlight to the conflict in traditional FPS form, but Valiant Hearts: The Great War does so in a much more careful and nuanced way.

Valiant Hearts: The Great Way is a side-scrolling adventure game, similar in concept to the LucasArts classics, that takes a slow-paced and methodical approach to its storytelling. There are no twitch controls asking you to gun down dozens of enemies; instead you’re tasked with solving simple puzzles as you reveal touching (and often depressing) stories about the lives of people during World War I.

Valiant Hearts: The Great War is developed by Ubisoft Montpellier and published by Ubisoft, and is created with the flexible 2.5D UbiArt Framework engine – also used for games like Rayman Origins, Rayman Legends, and Child of Light. 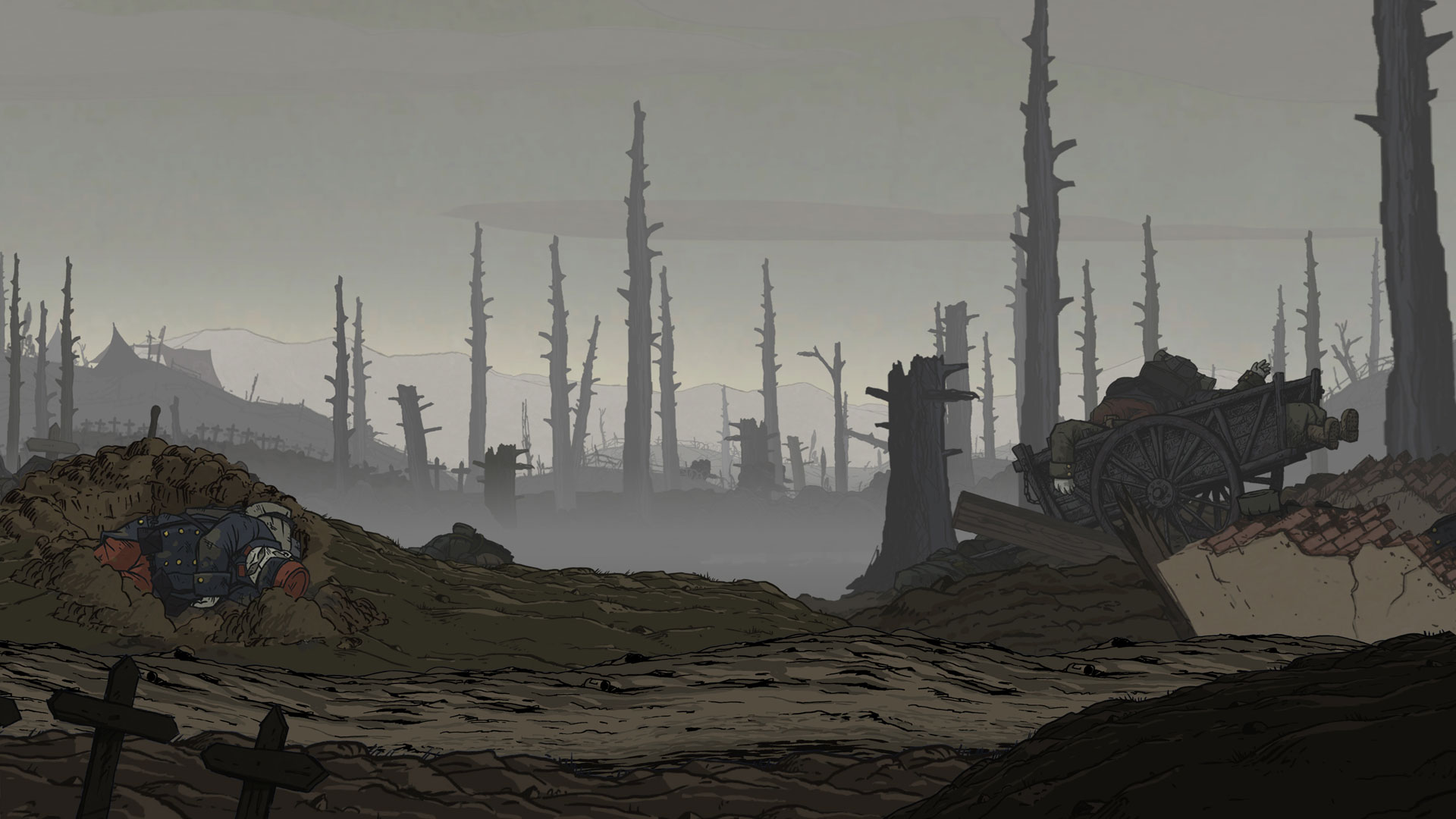 Visually, it’s absolutely stunning. The background artwork, character animations, environmental effects, and the mixture of dark colours such as brown, grey, and black along with contrasting pastel undertones give everything a powerful and unique vibe. It’s an aesthetic that’s immediately recognizable and extremely evocative.

Most of Valiant Hearts: The Great War is told through a series of short vignettes that revolve around the small cast of central characters. You’ll play through a short level, usually progressing from left to right as you solve obstacles that get in your way via light puzzle challenges, and progress on to the next section. These segments are broken up by narration from a disembodied voice that connects the various threads together to not necessarily weave a complete and complex story on its own, but draw lines between the self-contained stories themselves as a whole. It’s a good tool that fits the scenario and setting well and helps communicate the chaotic period at hand.

Even though everything technically does fit together and work just fine, part of me was hoping for a bit more. Whereas games like This War of Mine do a remarkable job of telling a powerful story mostly through its gameplay, Valiant Hearts’ gameplay is just a vehicle to move the vague narrative techniques along. The result is that each of the characters isn’t memorable in and of themselves since they hardly have faces, let alone emotions. Instead, the game just communicates broad themes through its events than actual plot details. It robs itself of some of the punch with this strategy.

At various points in Valiant Hearts, you can press a button to bring up a menu of historical photos and documents that recount relevant events that took place in the immediate area surrounding that particular level. Despite the artsy, mostly cartoony visuals, this mechanic helps remind you that it’s still a game based in reality – as horrific as it can seem at times. 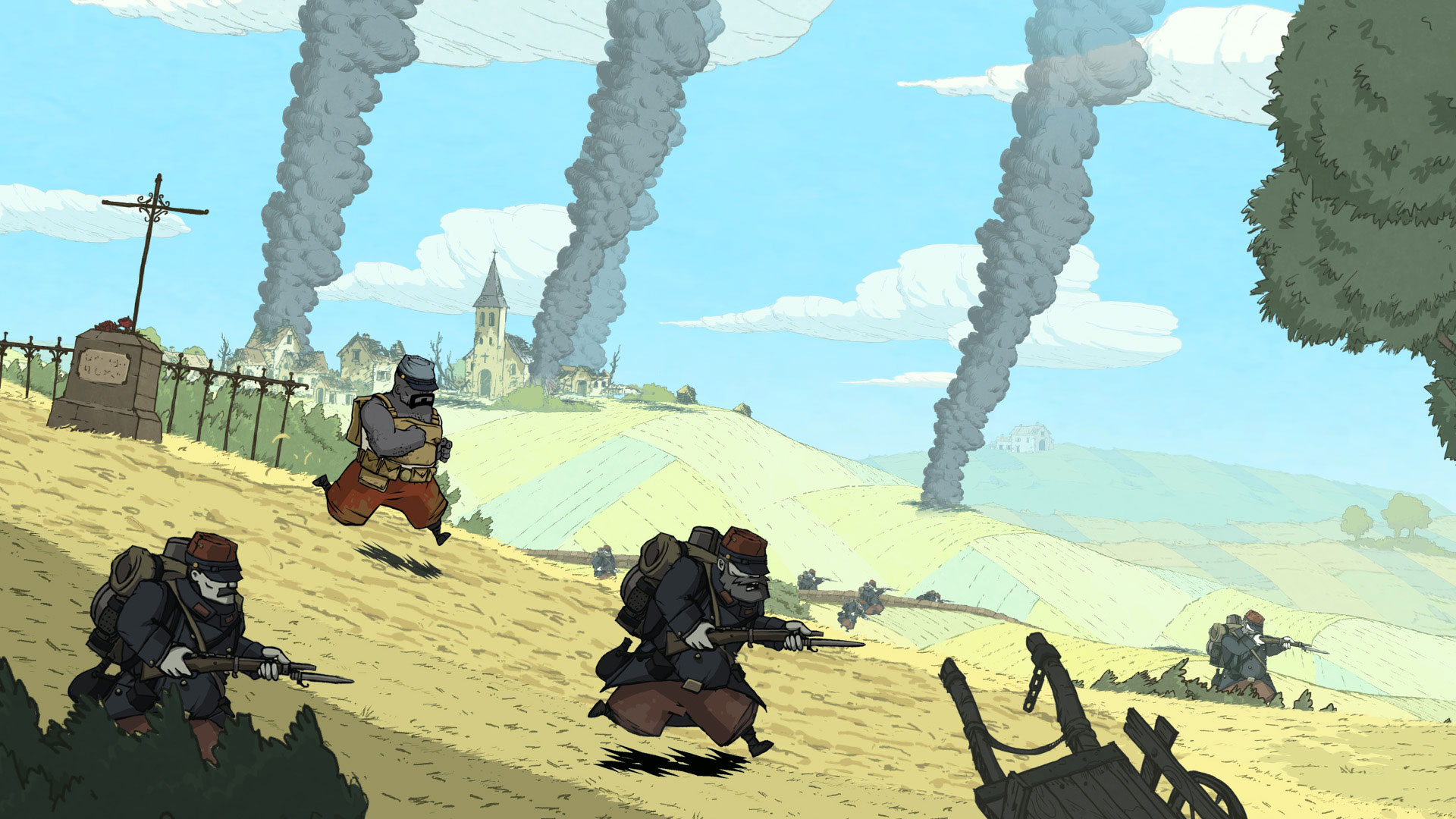 Even though World War I was one of the darkest periods in human history, Valiant Hearts does a good job of cutting some of that tension with its whimsical interjections to shake up the flow here and there. Characters (especially the dog, my goodness) are adorable to see interact. But the flipside of this is that it’s all the more painful when they go through rough stretches in the story.

Puzzle solving and action are not Valiant Hearts’ priority, and it can be a little disappointing in these areas. The vast majority of the game’s challenges can be solved by simply picking up the thing that’s near your obstacle and using it on some obvious, sticking out part of the environment. If not, just backtrack a few steps and it’s usually right there. 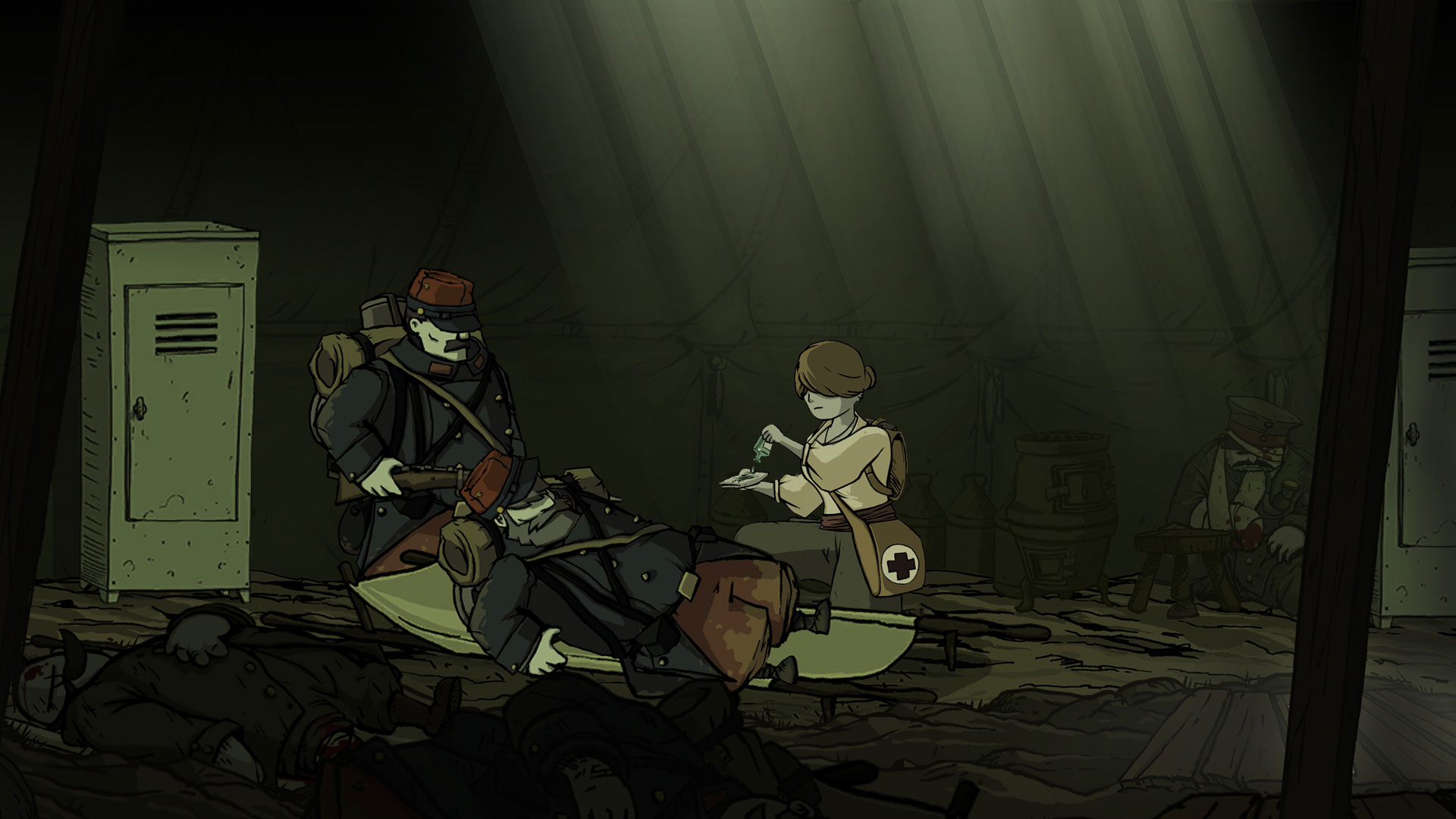 However, sometimes it’s not so obvious and that’s when things get a bit frustrating. Since none of the characters actually talk with words, you’re forced to try and interpret cryptic emoji-style icons in place of dialogue or (what I did) just walk from one side of the level to the other and wait for an interactive prompt to appear. Many sections do a poor job of communicating what you’re supposed to do, leaving you to fumble around blindly. In that way, I guess Valiant Hearts is more true to its old-school adventure heritage than you might initially think.

Valiant Hearts: The Great War first released in 2014 but you wouldn’t know it. The Switch port does a great job of adapting the game, including both touch-based and analogue control options, to deliver one of the platform’s most powerful and poignant stories. As long as you can look past the simplistic, and sometimes frustrating, gameplay in favour of a subtle but emotional story, Valiant Hearts has you covered.