Because you can’t level up in a book.

Because you can’t level up in a book. 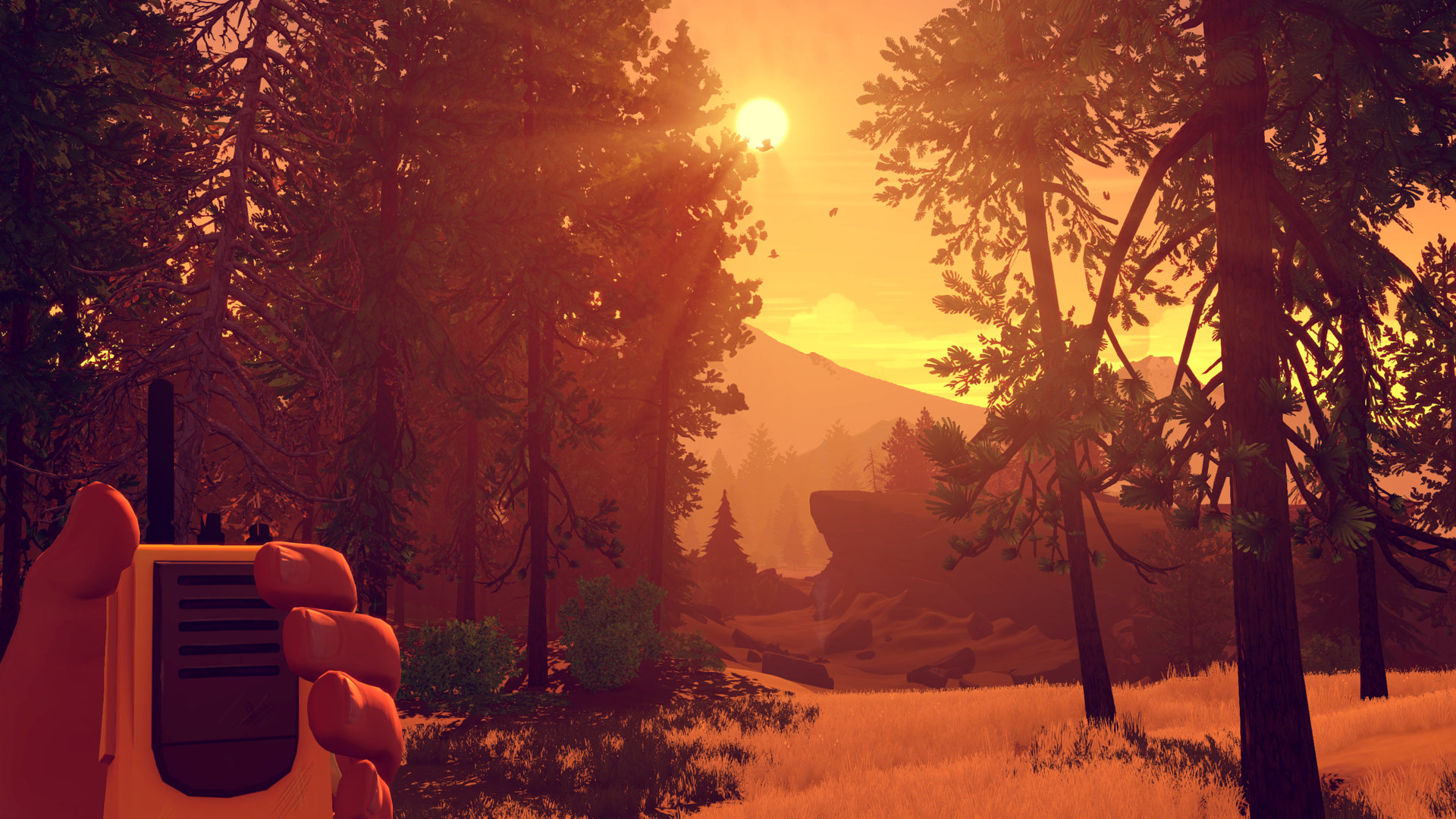 Indie games are powerful narrative experiences. In the midst of a video game artistic revolution, experiences are moving away from bullet simulators more than ever before. This works well for indie developers. No longer do devs need cutting edge game engines, graphic design tools, and Hollywood voice actors to create an experience the average consumer will find interesting. Instead, independent budgets are primed for the innovative design, artistic values, and narrative developments required to create the unique experiences fuelling the artistic revolution.

We’ve been swooning over seven of the best indie game storylines from the latest generation, concentrating our attention on script, dialogue and immersion as well as the actual delivery of each individual tale.

7. The Vanishing of Ethan Carter 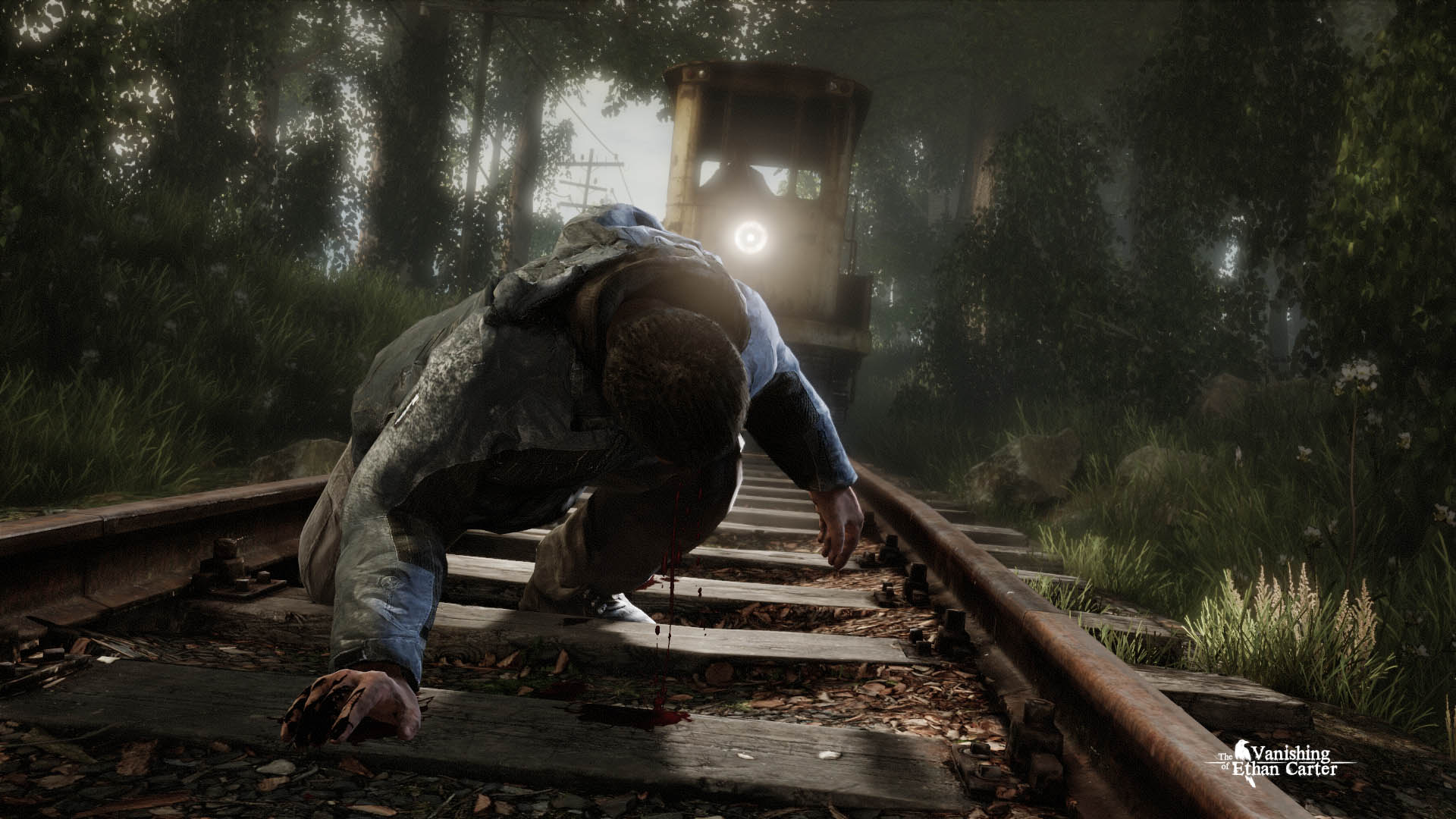 A detective with psychic powers investigates a mysterious small town named Red Creek Valley, tasked with finding out what happened to a little boy called Ethan Carter. The narrative setup initially feels fairly generic; there are, after all, thousands of detective stories featuring a gifted investigator in a mysterious location. The amazing thing about this walking simulator, however, is the fact that we have complete freedom in what we decide to explore and when. Such freedom creates an organic narrative born out of the player’s own experience, informed by the personal timing of each discovery and the unique storyline each creates. There’s no hand-holding here, so venture forth to find out the truth – the murderous, occultist, disturbing truth.

Our main protagonist, Paul Prospero, is able to recreate what happened to the victims he finds by connecting every clue he finds and imagining sequences vividly. This is a pseudo-open-world experience with no loading screens and no interruptions, ensuring the experience is a smooth and addictive one as we read Ethan’s short stories written in scraps of paper all around town, uncovering a brilliant mind shunned by his family. 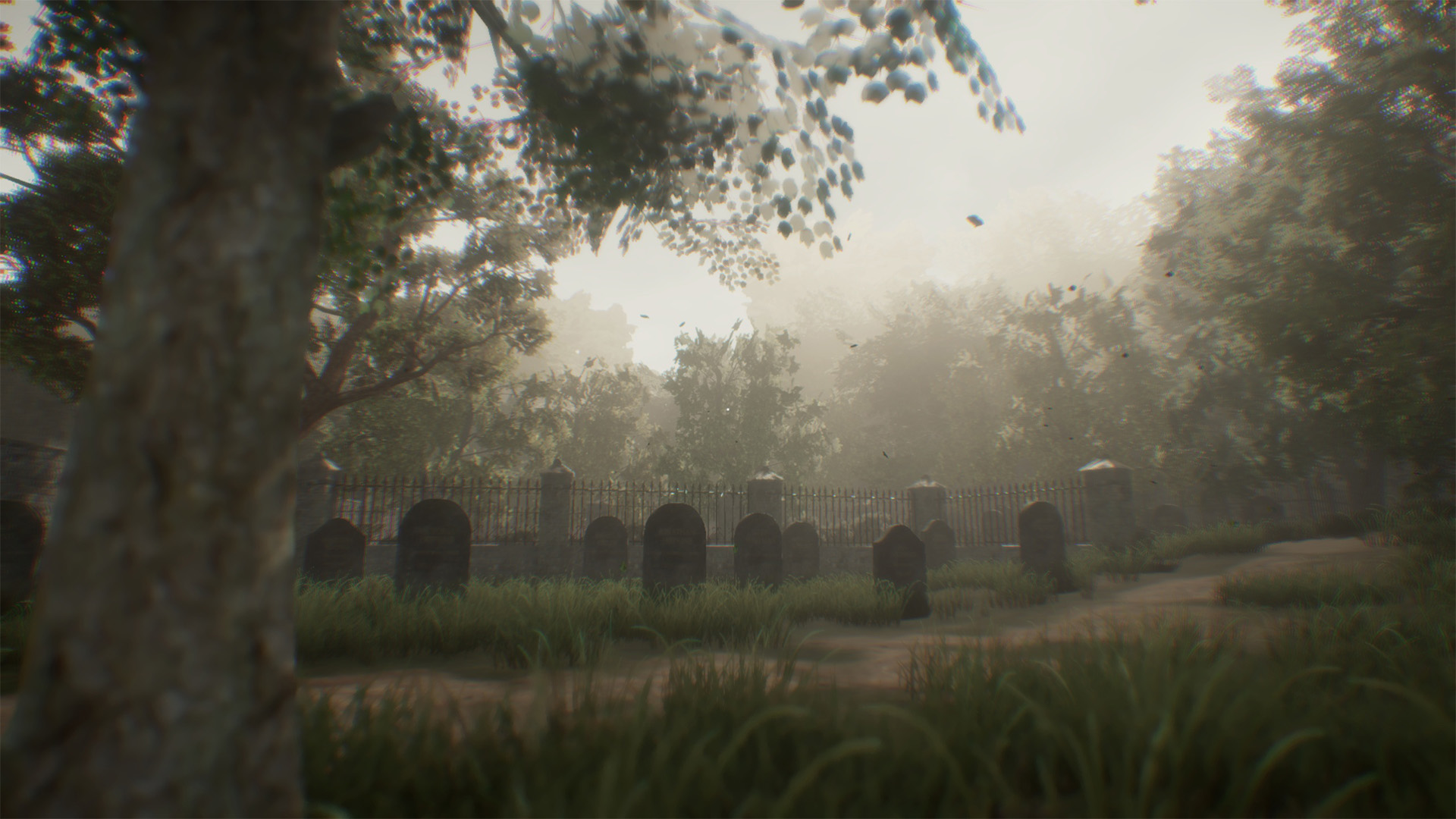 Walking simulators are widely debated in the gaming community. Some love them, some hate them. But this almost exclusively indie genre will appear in this list more than once for its power to tell stories in a uniquely immersive way. EQ Studios managed to build on this often replicated genre, offering high levels of engagement with difficult puzzles and a non-linear experience.

As a journalist in the small town of Painscreek, players investigate every single inch of the landscape in order to solve the mystery of mass abandonment of the town after a series of unsolved deaths. Uncover everything that ties the population together, each relationship’s details and motivations and a dark story involving a powerful family through almost three generations.

Players can leave this town at any given time and go back with a partially complete version of the facts or the complete, solved story. Take pictures, reveal each hidden and locked area and feel the rewarding sensation of unlocking every piece of the intricate puzzle The Painscreek Killings is. 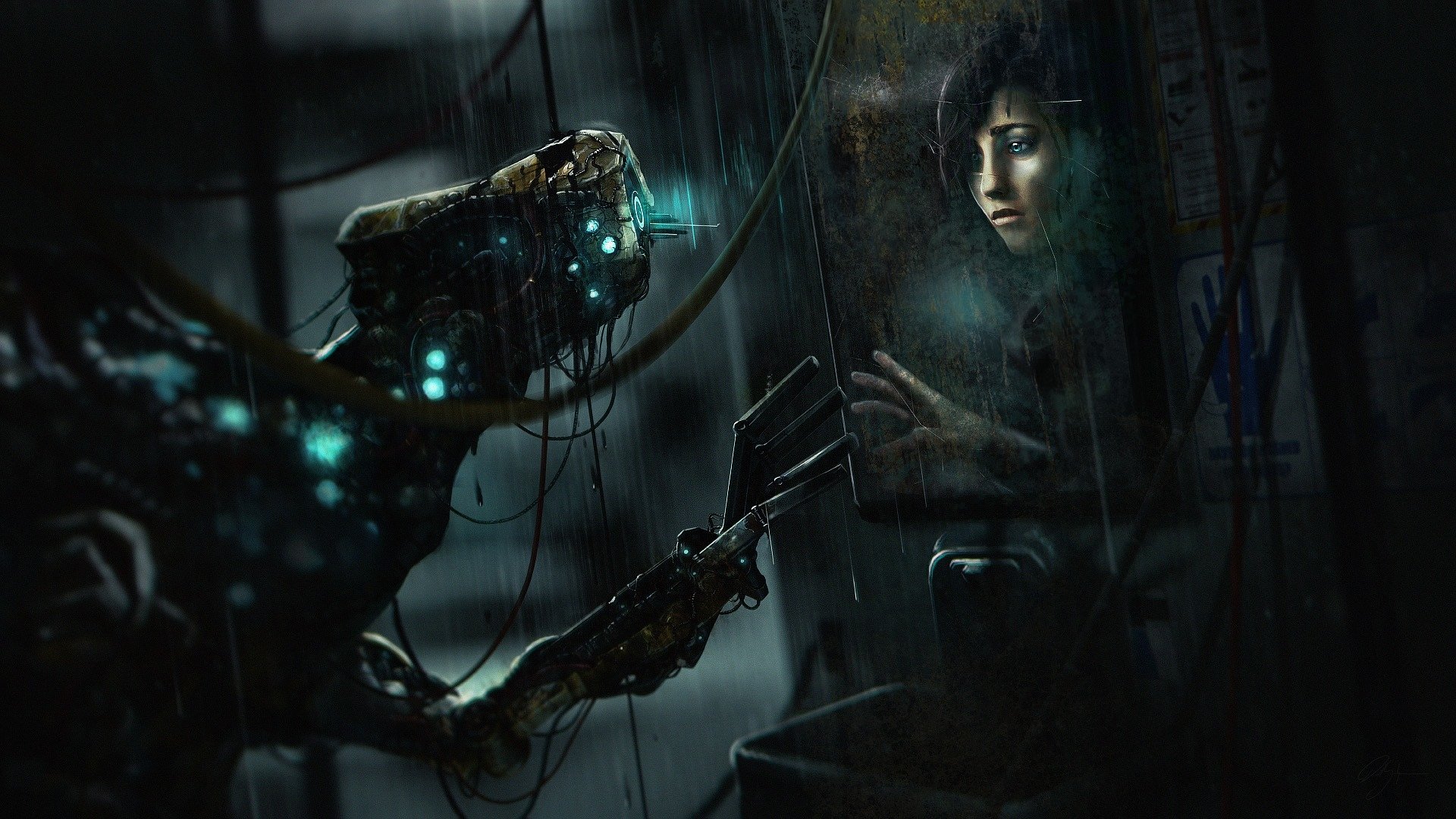 Frictional Games’ SOMA clearly qualifies as a ‘triple-I’ title for its graphics quality and engine, as well as its above-average voice acting and overall production values. But what really stands out from this survival horror is its mysterious story that keeps our imaginations running wild. The creators of Amnesia: The Dark Descent released SOMA to overwhelmingly positive reviews on Steam, highlighting just what they’re capable of in terms of narrative.

Simon Jarret suffered a terrible accident in which he lost his dear friend Ashley, leaving him with terrible sorrow and a life-threatening injury in his brain. After he decides to undertake an experimental treatment involving creating a digital map of his brain, he wakes up at an underwater research facility in a future on the brink of human extinction. Is all of this real? Where’s everyone gone and what’s going on with the station’s AI? Not only is SOMA a mesmerising psychological horror tale with a gripping narrative, but the title also delves into some pretty meaty philosophical discussions on self-permanence and identity. 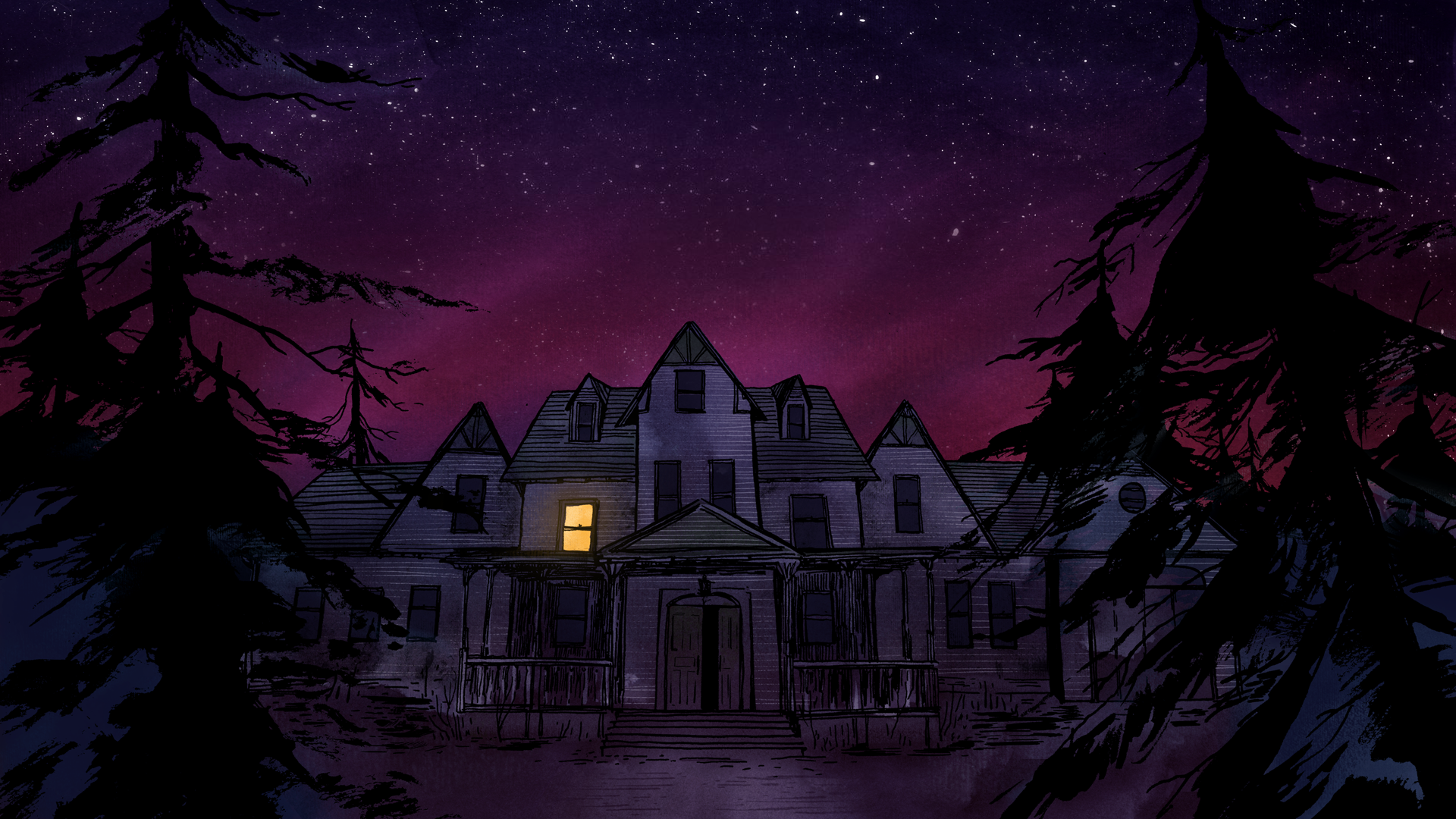 Another walking simulator? Really? Yup. This genre sacrifices gameplay versatility to provide thought-provoking, deeply moving narrative experiences. And Fullbright’s Gone Home is one of the genre’s brightest examples. We play as 21-year-old Katie Greenbriar, returning home after living one year abroad. But nobody’s there to greet her, not her mom, her dad or her sister.

Investigating the Greenbriar’s home, players will come across moving boxes, scattered possessions and notes slowly revealing the fates of the family. The narrative, especially surrounding Katie’s sister, proves to be an immense and heartbreaking journey in empathy. Gone Home represents a truly valiant effort from the developers in bringing a gorgeously written story with representation of minorities and a lesson of tolerance to life.

3. What Remains of Edith Finch 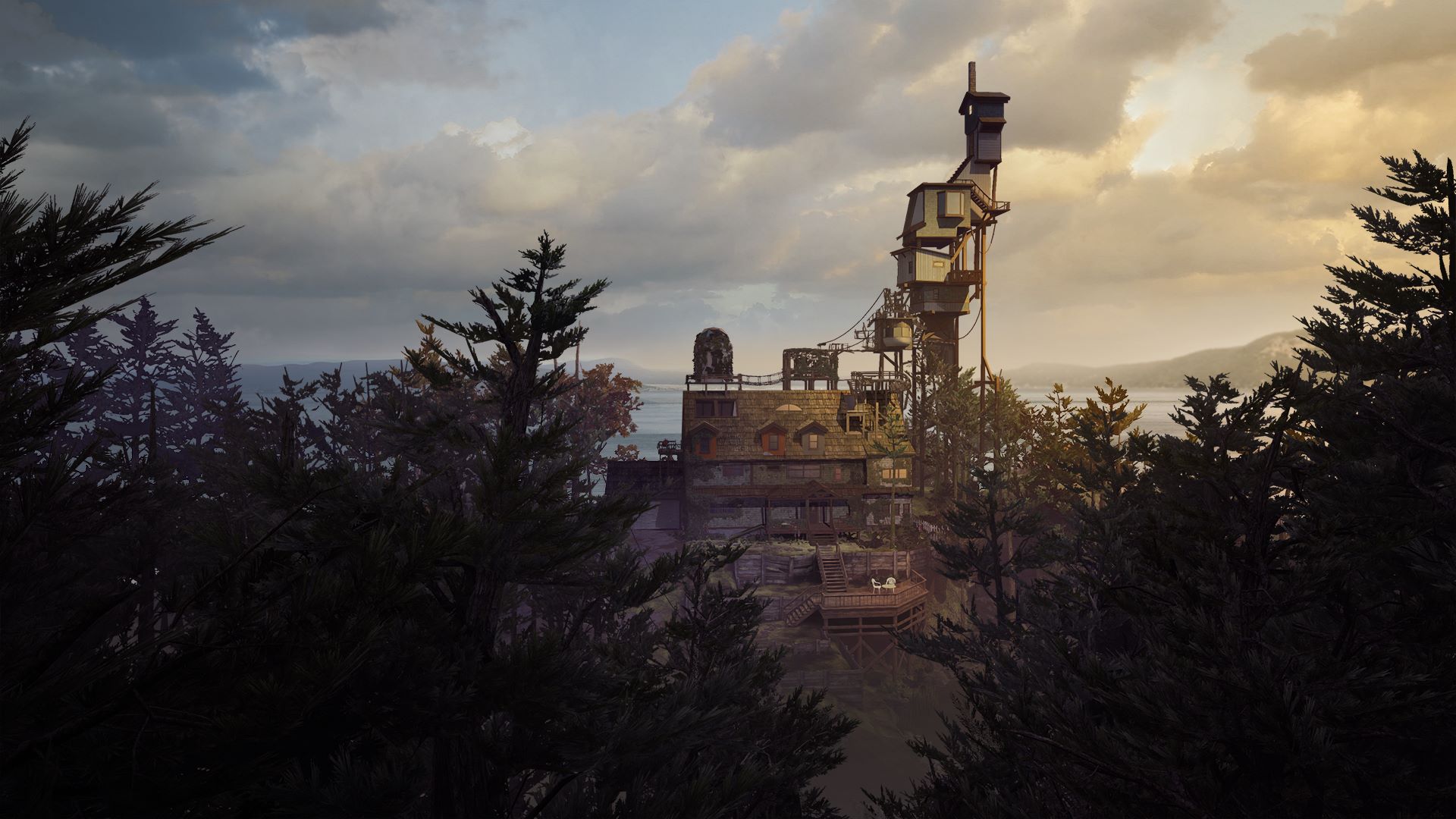 Giant Sparrow didn’t win the Best Narrative accolade at 2017’s Game Awards for nothing. What Remains Of Edith Finch represented a new milestone in what walking simulators could accomplish with its fresh take on narrative and gameplay.

What Remains Of Edith Finch is a collection of stories from the Finch family and their massive Washington estate. Exploring every room belonging to generations of Finch family members and discovering their tragic stories of mental illness, curses, and trauma compartmentalizes this sprawling history in a digestible, highly touching manner. Each short insight is told in a new way, from comic book B-movie-style flashes to a low-fi first-person experience of depression. As we make our way to the top of this bizarrely constructed mansion, the real puzzle quickly introduces itself. Who are we really controlling through this experience, and why are we here in the first place? 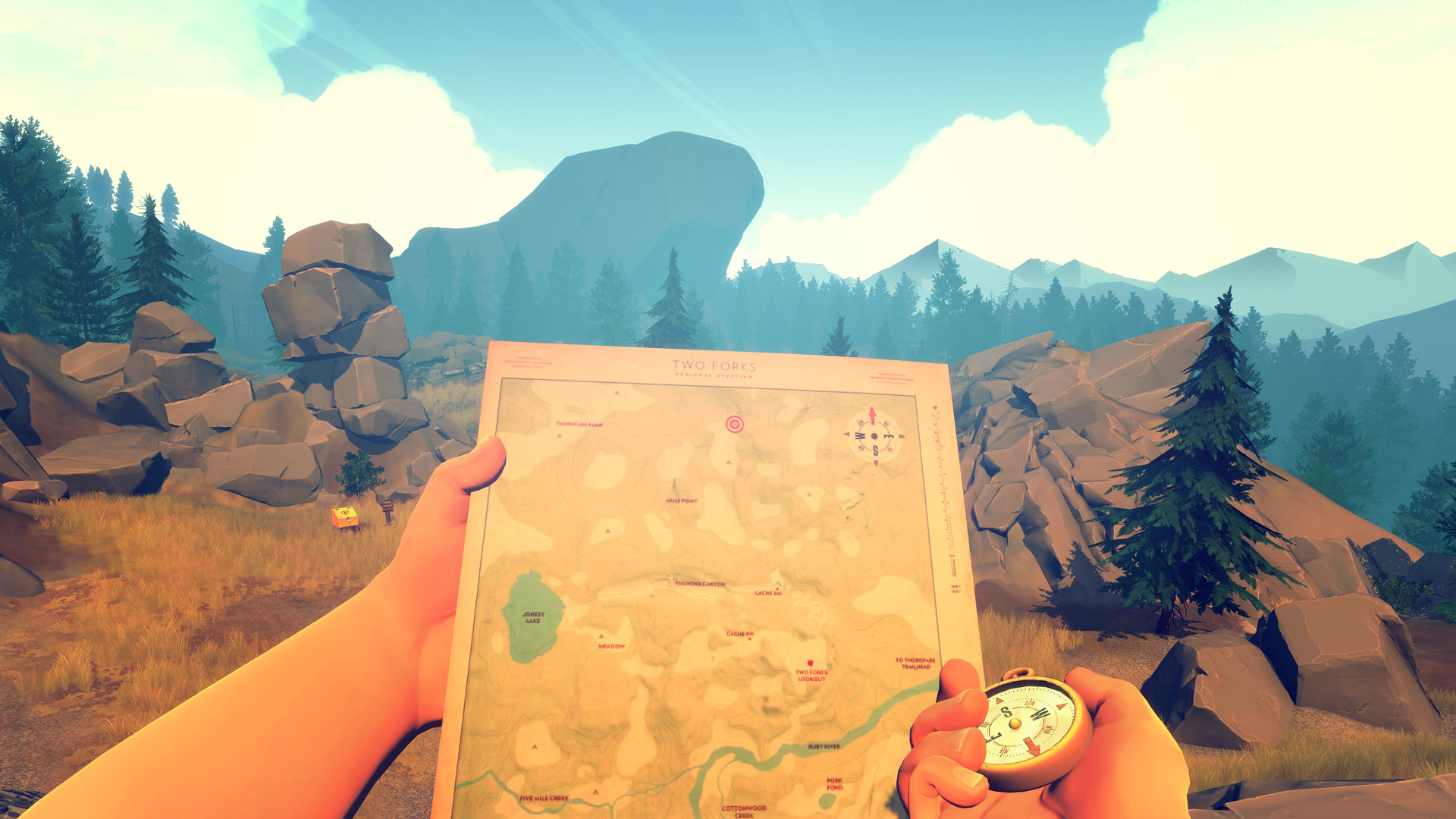 Campo Santo’s multiple-award-winning adventure game Firewatch offered a revolution in environmental storytelling with its overwhelming setting and interactivity. The story’s many twists and turns and the use of our own individual path choices informed by our character’s personality provide an enticingly mysterious experience.

We take on the role of Henry in the year 1989 after he decides to leave his past and move to the mountain to work as a fire lookout in the Wyoming wilderness. He meets a female colleague with whom he can only speak through a radio and discovers some gruesome and unexpected encounters during his workdays. A gripping experience from start to end, lead by some seriously good voice performers, Firewatch offers mastery in pacing and atmosphere. 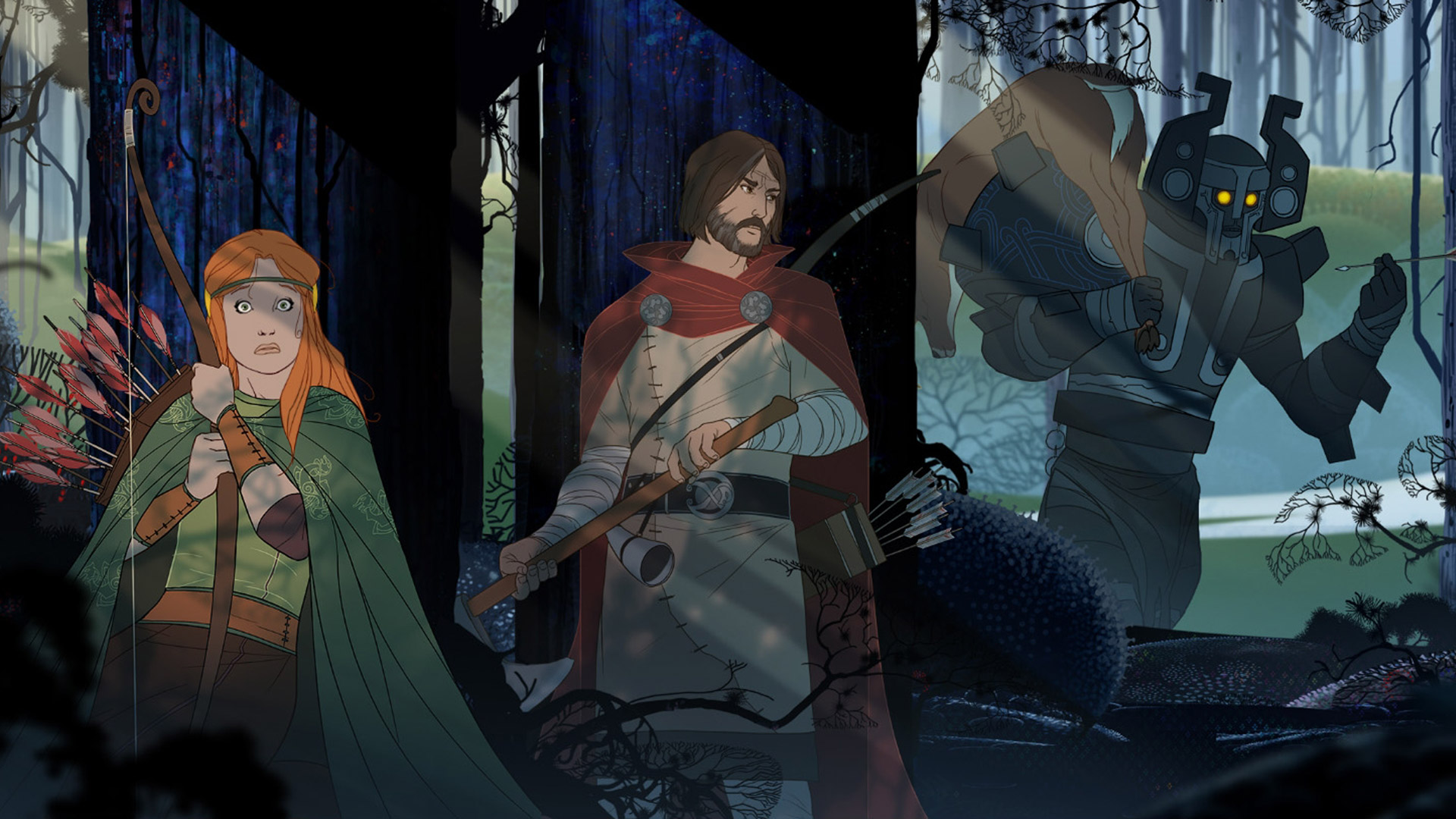 Stoic Studio’s three-part franchise has absolutely everything: a great story, relatable characters, amazing art style and challenging turn-based combat. The Banner Sagas’ more than 20 prizes are only an indication of the reception these games have received throughout the gaming community. Storytelling lovers, turn-based combat fans, Norse culture enthusiasts and many more have praised The Banner Saga for its excellence in every single of these aspects.

Follow Eirik and Hakon in a Viking fantasy tale where every single decision we make matters in our quest for survival and defeating the destructive force of the Dredge. Fall in love with each character, all of them with distinct motivations, desires and individual stories. Enjoy a true RPG and engage in heavy tactics battles, all while appreciating truly brilliant hand-drawn graphics, Austin Wintory’s score and a story full of creativity, complexity and inspiration. The Banner Saga will definitely go down as a canonical classic in the annals of indie gaming history.

With such rich influences to pull from, and the growing accessibility surrounding indie game development, there’s no doubt that we will see brand new experiences emerging in the coming year. From personal tales to brand new storytelling techniques, we’re excited to see just what the independent industry can achieve with its unique skillset.