For fans of Dungeon Master, Eye of The Beholder 2, Might & Magic 3-5, Crystals of Arborea and the GoldBox series.

Inspired by classic titles like Dungeon Master, Eye of The Beholder 2, Might & Magic 3-5, Crystals of Arborea and the GoldBox series, Legends of Amberland provides a party-based RPG set in a fantasy open world and with complete freedom of exploration and pace management as well as a classic fairy tale featuring a team of heroes on a humble quest. 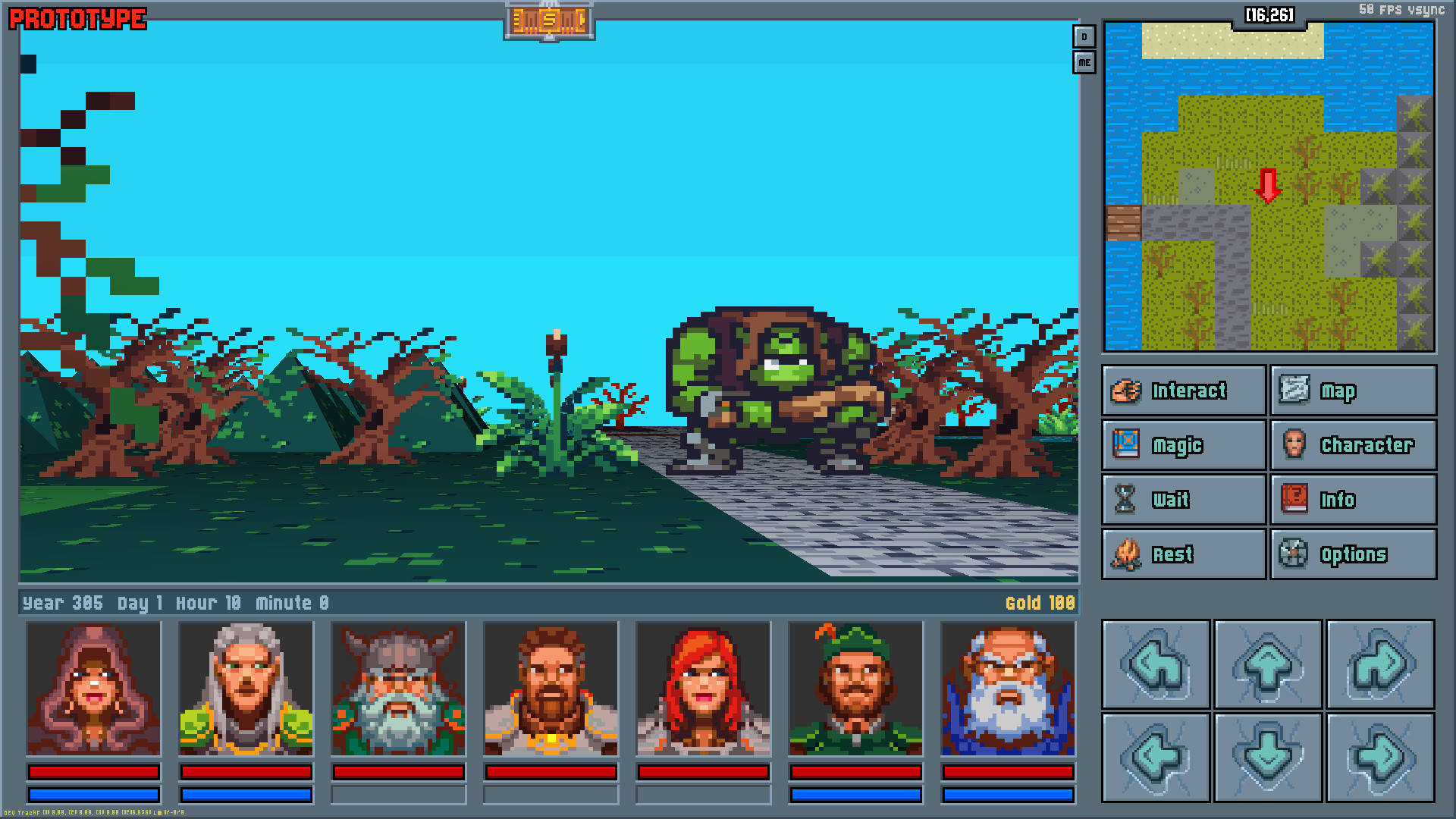 Legends Of Amberland’s story starts when a royal wizard finds out about an old crown that nobody every knew about, and later discovers that a spell had been cast over the population in order to make them forget all about its existance. The wizard summons a group of heroes and gives them the task of finding where this crown is and who’s responsible for this sinister spell.

Silver Lemur Games is a one-man indie studio lead by Chris Koźmik and specialized in turn-based games. His most popular title is Stellar Monarc, an asymetric space empire builder, which featured a 4X experience without micromanagement and some innovative ideas.

Legends of Amberland: The Forgotten Crown is getting prepared for release to PC during this first quarter of 2019 and is ready to be added to your wishlists today.