Deeeer Simulator is one of the craziest sims yet

Become nature’s “mightiest” animal with this bizarre simulator in the making. 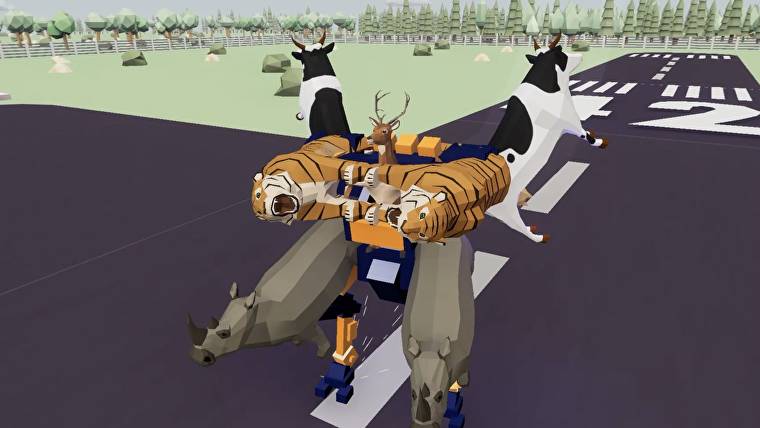 Ever wonder what it’d be like to be a deer? Not just any deer, but one that can travel around a city transforming into enormous mechs made of animals and growing freakish pecs and ab muscles like a human man? You want Deeeer Simulator, then.

The game comes from the mind of solo developer Naspapa Games (24-year-old Keisuke Abe), and it’s currently seeking funding as a Kickstarter campaign. It’s already hit its funding goal on Japanese crowdfunding platform Campfire, and it only took one single day to accomplish this. Its Kickstarter hasn’t seen nearly as much success, but the game already raised around $9,000, so it’s doing quite well for itself, though it still has a 2 million yen stretch goal on Campfire to help add new and other weird creatures to the game.

What’s the point of Deeeer Simulator? To walk around and be a weird deer, of course. You can cause all kinds of trouble in a quiet town that probably doesn’t deserve all kinds of destruction being thrust upon it. But don’t be surprised if a polar bear cop in a tank rolls up and tries to take you down if you get too crazy.

Yes, there’s a lot going on in this very odd game, but we can’t wait to see it come to fruition. After all, these wacky simulators may be a dime a dozen, but few promise as much craziness as this one appears to. If it’s the second coming of Goat Simulator, we’ll be on board 100 percent.