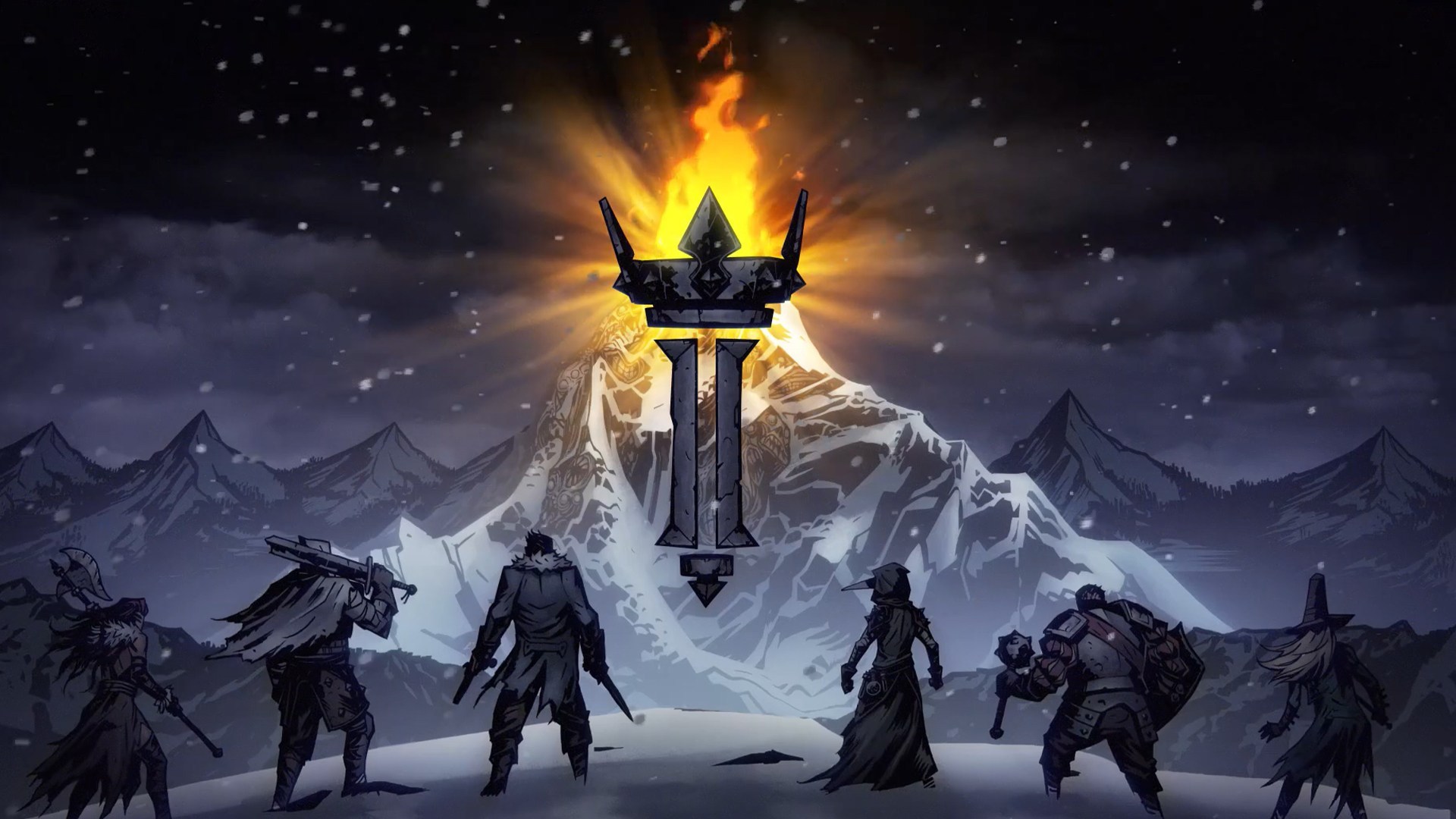 Ruin has come to our family… again. Red Hook announced recently that Darkest Dungeon, the Lovecraft-inspired Gothic RPG with a deadly reputation, is getting a sequel.

The uncompromisingly addictive game first hit the scene back in 2014, when Red Hook launched its wildly successful Kickstarter campaign. Legions of sadistic gamers out there were ready to test their mettle against a punishing series of insanity-inducing adventures; adventures in which one wrong step could result in your best fighter’s permanent death. After years in development, and making its way through Kickstarter to Early Access, Darkest Dungeon released on PC in 2016 as a huge success for a studio that started as just two friends with a dream in a bar.

And that was the end of the story, until two weeks ago when Red Hook rolled out a cryptic trailer heralding the coming of the franchise’s next instalment. We reached out to Red Hook’s Co-Founder and Art Director, Chris Bourassa, to walk us through the studio’s development and retrace the path that set them in front of the towering mountain that is Darkest Dungeon 2.

You and Tyler Sigman, Red Hook’s other Co-Founder, worked together and then became friends – but when did the idea of starting your own indie game studio come up?

We would get together and kind of have a drink and talk about different game ideas and projects. Nothing really clicked until we hit on this idea of a dysfunctional RPG, and we talked about that more and more and found ourselves coming back to it. At the time, I was at an animation studio – or no, I was at Microsoft. There’re so many jobs. You get laid off so many times in video games. So, I think I was doing a stint at Microsoft and then that game got cancelled. So, I was like “Okay, I’m ready to do this.” Coincidentally, [Tyler] left his job at the same time for other reasons and we both high-fived and dove in.

Red Hook was started with a high-five, then?

[Laughs] Yeah. It started with a lot of old-fashioneds at this bar called Bier-Craft in Vancouver and we were like, “Do you promise you’re going to…?” Like, we had to make all of these marriage vows.

You launched the Kickstarter about a year after you formed the company and had amazing success. Your goal was originally to raise $75,000 in one month and you ended at $313,000. What does that feel like?

I guess the first feeling I had was “Holy shit.” To fund in a day and then go on to triple the funding was – I don’t know – inspiring, exciting, and a little bit scary. It was definitely a big moment when we realized there are a lot of people who are excited about this from a conceptual standpoint and we can move forward with a lot more assurance. 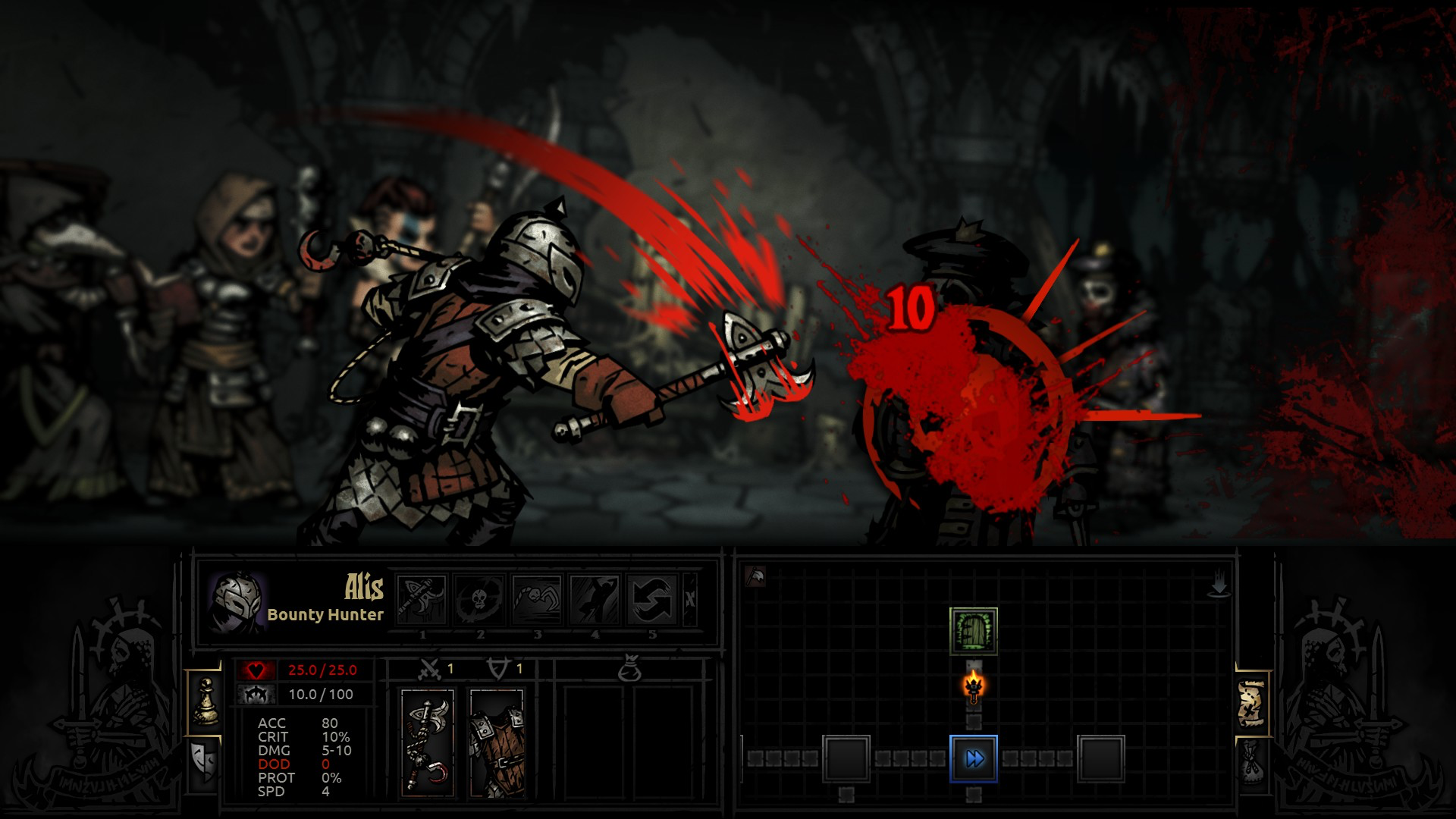 Part of your goal with the Kickstarter was to be able to support yourselves, but did you ever think about going to a publisher or somebody who would take the financial burden off of you a little bit?

We looked around and there was some publisher interest at the Game Developers Conference that we attended after our Kickstarter closed. We will have a conversation with anybody, but we had a really hard time trying to make the math make sense for us in the sense of publishers will take their 30% after the storefront takes their 30% – this is before Epic, obviously, and all the shake-up that’s happening – but we knew Steam was our go-to platform. So, to lose 60%, that’s a tough pill to swallow.

It seems like, for Darkest Dungeon 2, you are following a similar route as the first game and going into Early Access, is that accurate?

We are definitely fans of Early Access. It was really good for us the first time out and I think our game the second time out – you know it’s a sequel that inherits a lot of the first game’s complexity – would certainly benefit from an Early Access period. As of right now, we don’t have any publishers to announce. We are not talking about storefronts or anything like that, but we do like the idea of bringing something polished and fun, but perhaps on a small scope, to an early access release model and just generally getting people to kick the tires and participate in the development.

Back in 2016, there were already some rumblings of a second game – Tyler jokingly revealed “Brightest Kittens” which would have been an amazing game and I’m sorry that didn’t work out – were you already thinking about Darkest Dungeon 2, or were you thinking you might do a totally different game?

If we really felt strongly that Brightest Kittens, or whatever, was going to be amazing, then that’s what we would be doing. After a good healthy discussion, we felt that there was a lot more to do with our characters and our world. We had three or four Darkest Dungeon-rooted ideas that we were really excited about, and we whittled it back down to two. Both of them were Darkest Dungeon, and then we went with the one we are going with. Us feeling like there was a really great game to make, that wasn’t just a retread of the first game, was critical. 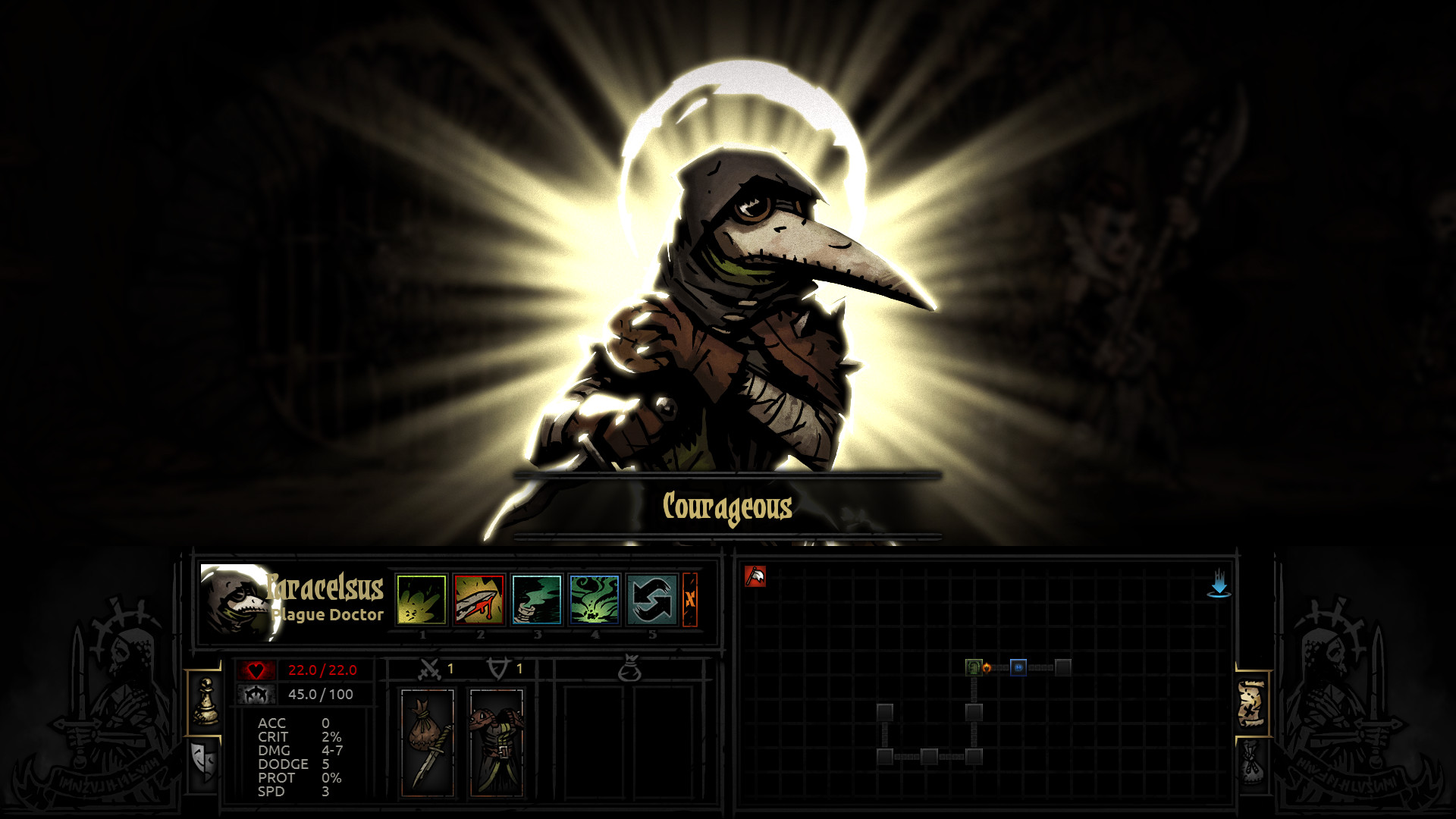 You recently released your first trailer with this amazing slow pan over a mountain leading into a reveal of some familiar heroes, and the news of your sequel spread like wildfire. With all the notoriety, does it feel like you have more pressure now than when you first started this journey with Darkest Dungeon?

There is some pressure, and the teaser definitely went further than I thought it would. That’s why we didn’t brand it. We didn’t put any words at all. I thought it would be cool to rely purely on the iconography to see if people got it. And we’re able to experiment a little bit like that now as opposed to [before] – that would have been a much more questionable decision back when we had no audience. It’s fun in a way, to be afforded the chance to experiment a bit with the messaging, but I feel like we have to do a great job.

Are there any particular challenges making Darkest Dungeon 2 that didn’t exist when you were making the first game, or is it a lot easier now?

No. It would be easier if we weren’t changing up what we’re doing to some degree. We are looking to change up the meta-game. There’s a lot of big challenges there. Tonally and thematically, there’s something different. It’s still Darkest Dungeon. It’s still the Darkest Dungeon world with the characters, but the game has a different message than its older brother. It’s been a really fun and difficult exercise to go in and rip it all apart to try and decide what has to absolutely stay, what could stay, and what falls in the category of “great for game one but not going to fit into game two.”

It’s also really important that we don’t just make more dungeons with three more heroes and a bunch more loot and just call it game two. We’re really trying to swing for the fences again, the same way we did for the first one. I think a little bit of that pressure and a little bit of that fear keeps you focused, and it keeps you wanting to put your best foot forward.

It’s a real gift to be able to do a sequel to something that was made up of all your favorite things. The fact that we are even doing this, regardless of how it ends up or where the company is, the fact that we are able to embark on this second development cycle within a franchise that we made, is such a rarity. I’m very aware of how tremendous that is and what an amazing opportunity that is in itself. Our focus is on making another great game and I hope we get there. We are certainly going to work hard.

It’s hard to imagine that one half of Darkest Dungeon came from a guy who sounds so nice, but it must be true since you can check out his Twitter to get the latest scoop on the sequel. He and Red Hook are tight-lipped about details on Darkest Dungeon 2 right now, but from his hints about tearing the game apart and liking the Early Access model, there are bound to be a lot of exciting announcements in the future.

If you haven’t experienced Red Hook’s dark RPG, which, by the way, made our 100 Best Indie Games of All Time list at number 32, you can check it out on the Darkest Dungeon Steam page. The game has also released on almost every console known to man, including recently the Switch and iPad, so it’s really easy to get a copy.

Contributor Jill decided to ditch her life behind a desk to follow a dream and write about video games. She's previously written for Game Informer, and always has time for a good indie.