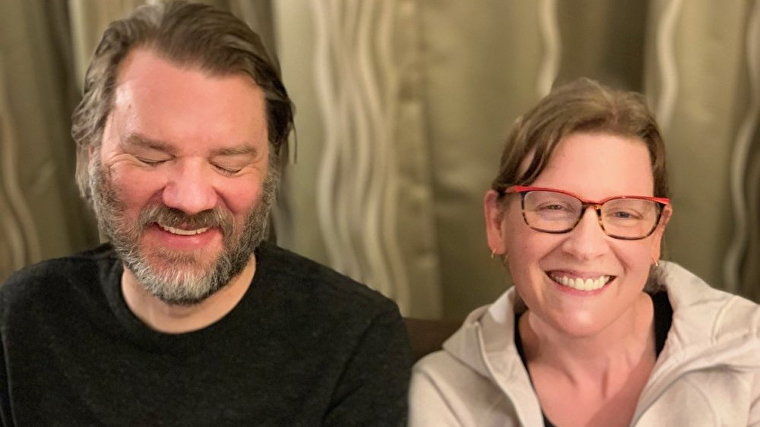 Former-Valve writer Chet Faliszek and former-Riot game designer Kimberly Voll have joined forces to form Stray Bombay Company, a studio aiming to specialise in co-op games. Faliszek worked on prominent titles such as Left 4 Dead and Portal 2, and states that it was one message from a fan of Left 4 Dead that sparked the whole venture.

On Stray Bombay Company’s brand new website, Faliszek writes: ”After the release of Left 4 Dead (L4D), I received an email that changed forever how I think about making games. It was from a soldier stationed in Iraq who said L4D had saved his marriage. [Through L4D] They could spend time in each other’s company as if they were sitting next to each other on the couch at home.’

For Faliszek then, creating games where players have agency and ”a place to breathe and live in the moment” is an important new step in his career.  We spoke to the games writer back in July, and even then the beginnings of these ideas were forming: “I think players are really smart (…) It’s just that no games have given them those tools to go deeper to have those richer experiences.”

Faliszek has joined with Voll because of this shared vision, and her experience in AI and human-centric design. He writes: ”As Kim and I talked over the years about the kind of games we want to make, we realized we want to create games that give players a place to breathe and live in the moment. Games that tell stories knowing you are going to come back again and again, that change each time you play them without feeling completely random, and that help you feel like a real team that supports each other…not a bunch of folks in each other’s way.”

For Voll, the companies development culture is also a primary concern: ”We think now is the time to change the culture of game development. Make everyone equals, not just in their impact on the project but in how we divide the loot of our success.”

With the name released out into the world, Faliszek and Voll have sent out a call for any developers that may want to join them. To keep up to date with the future projects from the studio, you can also subscribe to their newsletter.

Project Wingman Could Be The Flying Game Of Your Dreams

Now Is The Perfect Time For One Step From Eden