I must confess I’m not a huge Undertale fan. I’ve played it and liked it. I’ve also gladly appreciated the fourth wall-breaking properties of its storytelling. something I’ve also seen in games like Lisa, experiences in which characters are self-aware about their conditions and abilities in an interactive story. And it’s safe to say that these games have a special place in the hearts of gamers.

So if you are an Undertale fan then you’ll probably find this piece of news exciting. Undertale’s artist Temmie Chang has released her own emotional role-playing game, Escaped Chasm. With aesthetics and design reminiscent to Undertale and the recently released Deltarune, Escaped Chasm tells the story of “a lonely girl with a connection to another world that she sees in her dreams”.

This premise goes hand-by-hand with the overall concept of Undertale, with similar art and lovely characters. Undertale and Deltarune’s creator and music composer Toby Fox has also been a part of Escaped Chasm’s audio development, contributing his unique talent for low-fi games soundtracks. 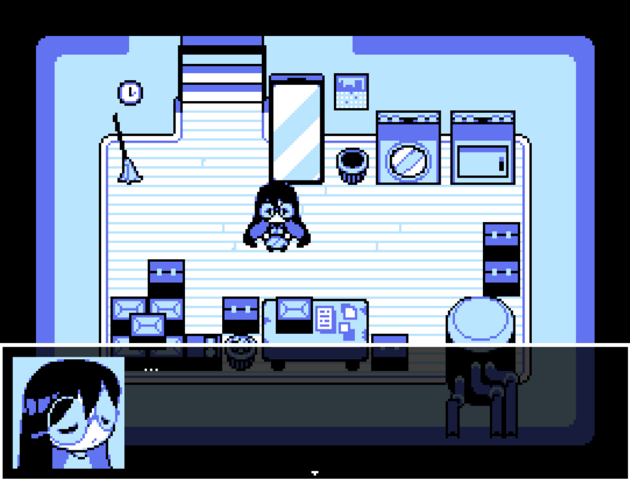 And although Escaped Chasm is a quite short game created with RPG Maker (it spans through roughly 20 minutes), every Undertale fan will probably get a beautiful experience out of it, with its emotional backbone, cute characters and lovely ideas. “Its my first time trying to put together my own project outside of an animated thing (though… I guess this is still sort of.. that..). I’ve always wanted to make an RPG Maker game, though I guess it isn’t much of a game. It’s around 15-20 minutes long (though I guess it could be longer if you try to get all the endings)”, wrote Chang.

Another interesting fact about Temmie Chang’s game is that it’s free. You can pick it up from itch.io right now without spending a dime, but there’s also an option available to donate a couple of pounds, dollars, euros (or pesos if you’re me) as a token of appreciation.