War has never been so much fun. 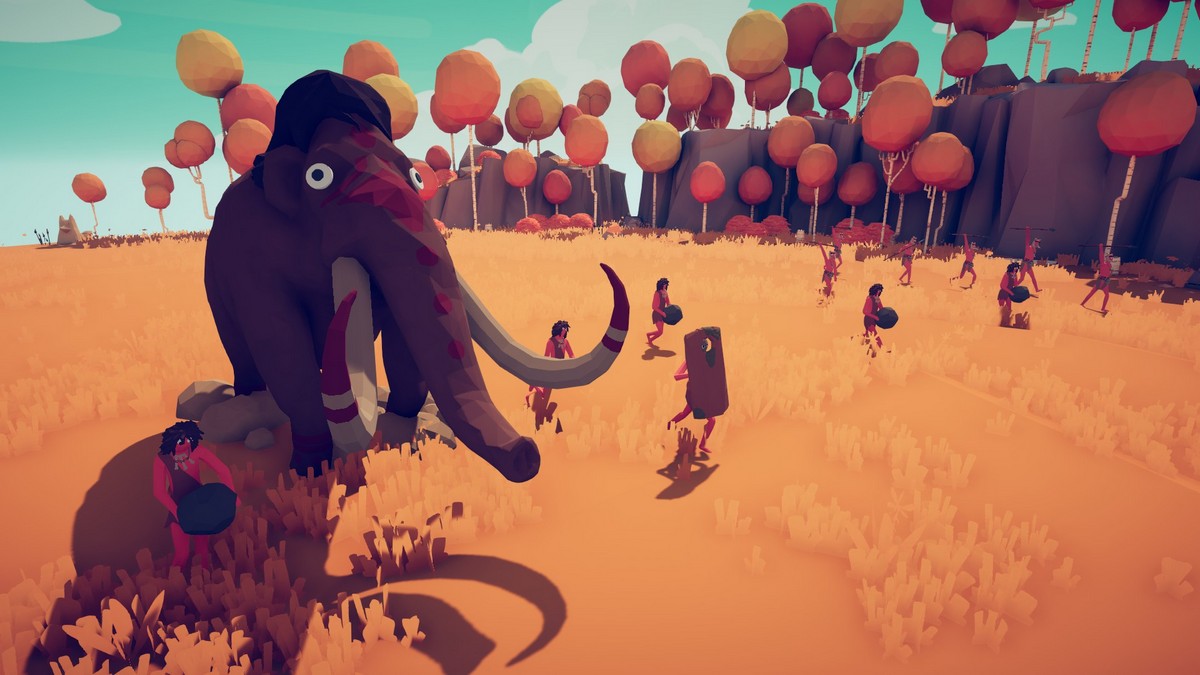 Historic strategy games have generally had an air of seriousness about them. From the sweeping battles of Total War to the complex diplomacy of Crusader Kings and the trench warfare of Company of Heroes, they’re brutal, high-brow and respectful of their history. Totally Accurate Battle Simulator is no different, featuring meticulous strategy and realistic physics to accurately portray war throughout the ages.

TABS, as I’m referring to it from now on to save my typing fingers, is a gleeful middle finger to a subgenre near academic in its authenticity. Deploy your cartoonish units on the battleground and they’ll wobble towards the enemy, limbs flailing everywhere. When conflict gets physical, often down to luck more than anything else, soldiers howl and tumble like demented ragdolls. It’s a joy to watch. 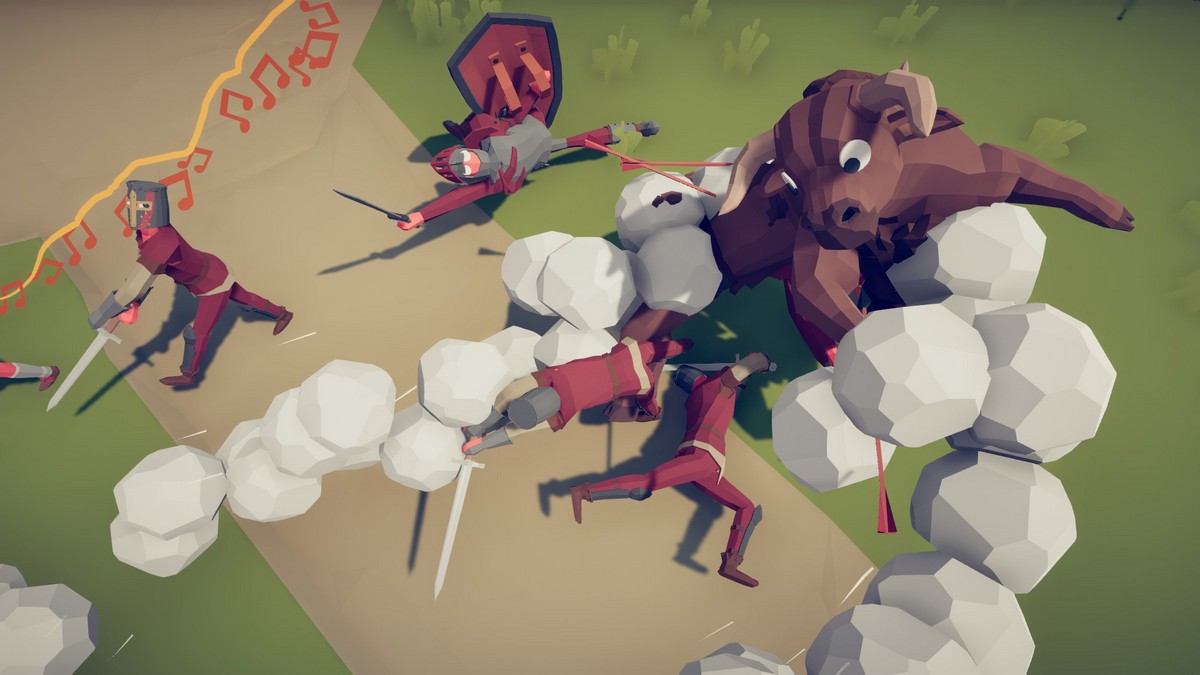 Not all genre conventions are out of the window in TABS. The classic rock-paper-scissors system still underpins everything. Spearmen and archers make short work of close-quarters infantry, while shieldbearers render the pointy bits of said ranged units useless. Artillery and mammoths, on the other hand, obliterate most of the above. Yep, I said mammoths.

Adding to the roster are lute-toting bards, jovial and seemingly unaware of the precariousness of the situation they’re in; strongmen which use wheelbarrows to plough through enemy ranks like battering rams; Viking longboats carried across land for some reason and hurled at the enemy; and err, Zeus. Your uncle’s war compendium this ain’t. 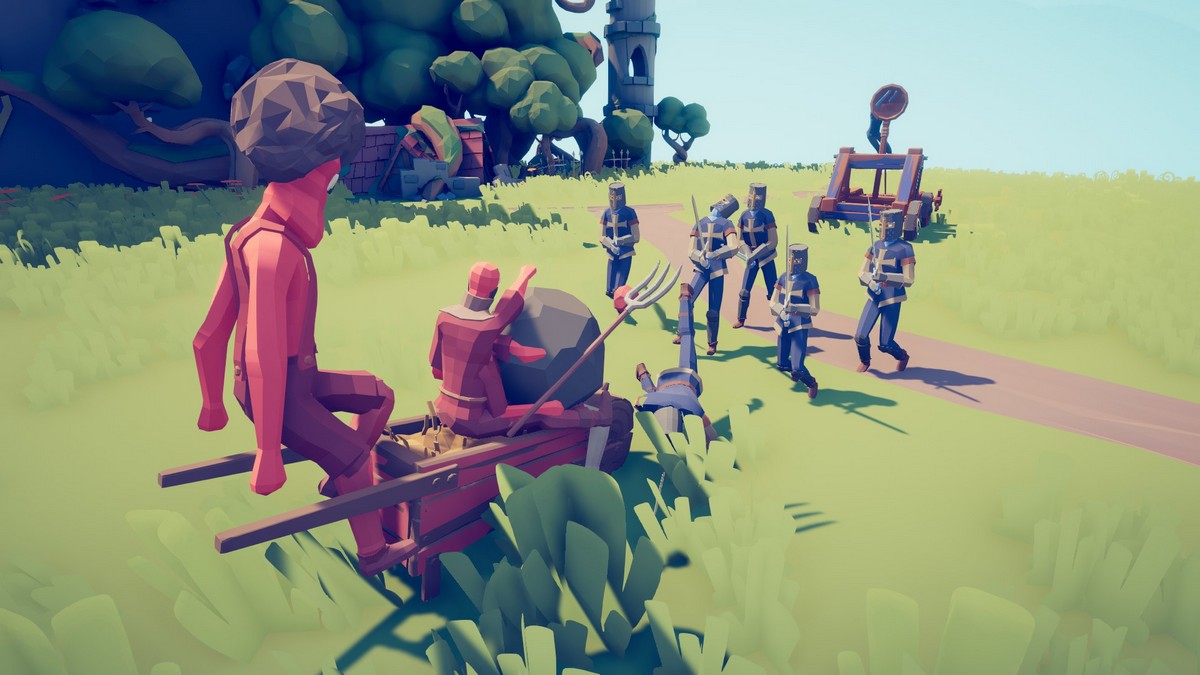 This hesitation to take itself seriously carries over into TABS’ mechanics, which are about as strategy-lite as you can get. Unit placement is set-and-forget, with them stumbling around of their own accord. All you control is the type of units and their formation, the latter of which only persists for a few seconds anyway before devolving into a mindless rabble.

The result is more of a puzzle than anything, placing the pieces you’ll think will be effective against the enemy ranks and hoping for the best. And with a level of RNG to the action that unfolds, you could feasibly lose in one instance, retry and win with the exact same setup. TABS lacks any real depth, sure, but this breezy light-heartedness gives a moorish one-more-level feel. 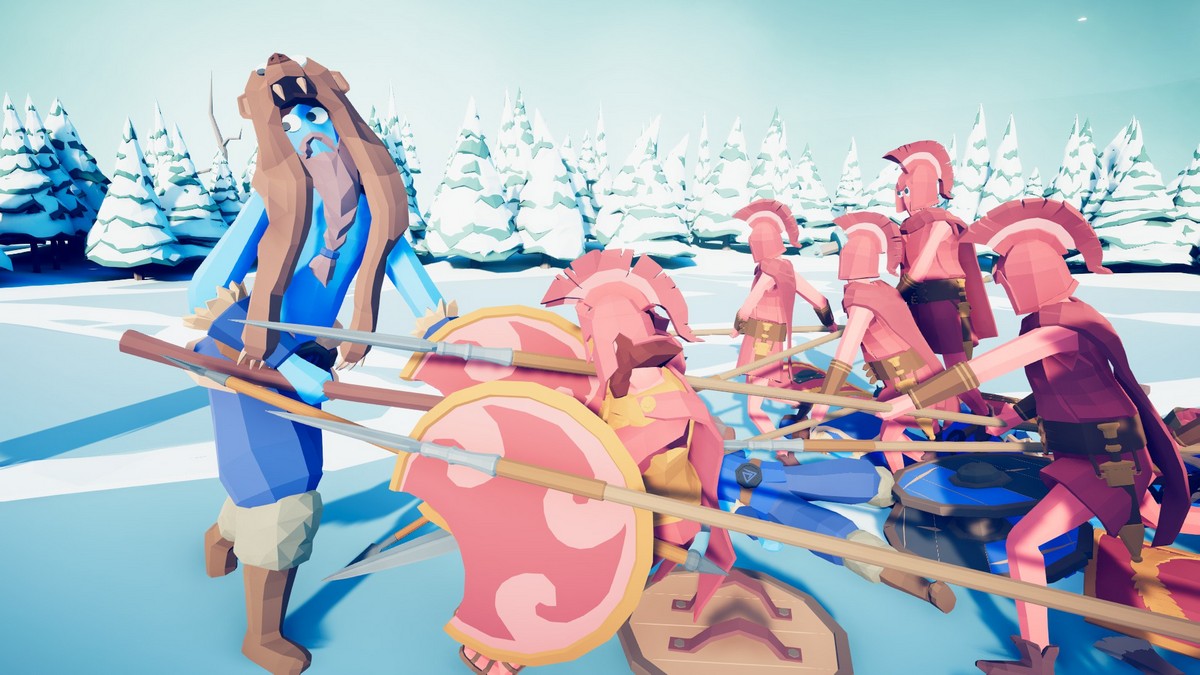 Its the visual humour which is crucial to the game’s success, and TABS doesn’t hold back here. Characters are both adorable and ridiculous in equal measures, marching towards the enemy with a janky fervour, steely determination in their stuck-on googly eyes. Every second of a battle is ripe for screenshotting due to the sheer absurdity on display, and there are handy controls for slow-mo, pausing and zooming in from every angle to facilitate this.

The campaign is already fully-featured, with a generous selection of stages. Some, mind you, are basic tutorials or joke levels that pit you against a single enemy. There’s Sandbox too, which is fun to mess about in, but inevitably all you’re really going to want to do is pit several hundred halflings against a swarm of archers, and the result will likely be a juddery slideshow culminating in a crash-to-desktop. Never mind. 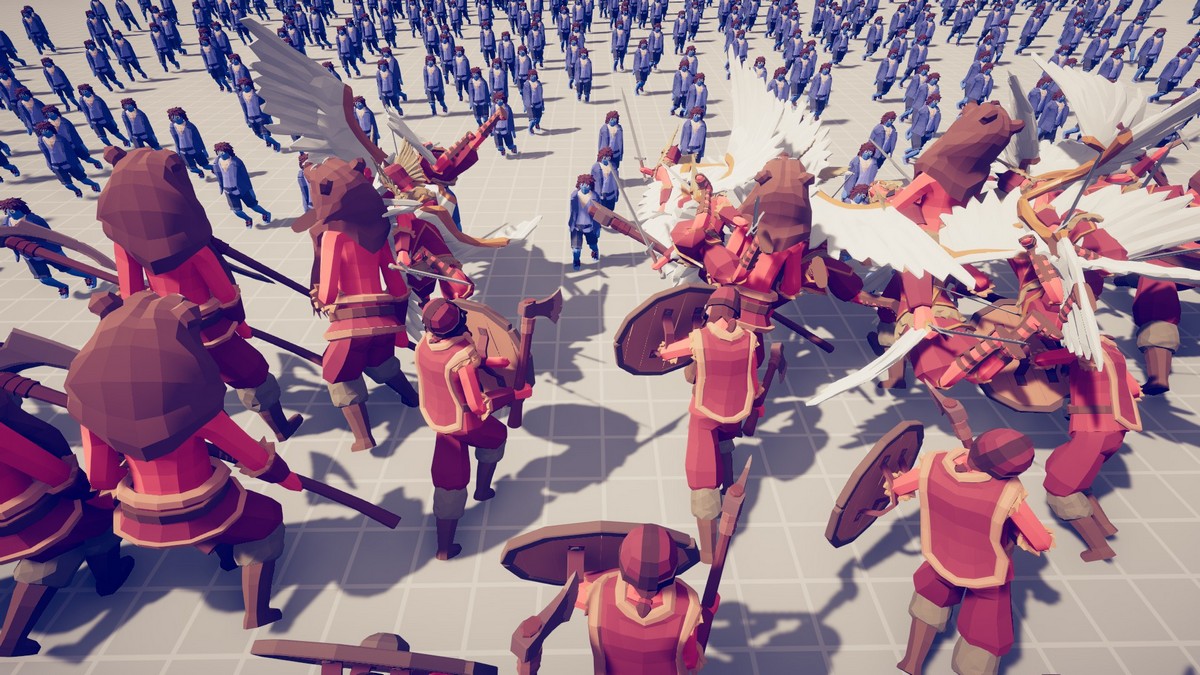 Along with the less-than-stellar optimisation, TABS has other flaws evident of its Early Access status. Pathfinding, in particular, is a bit iffy. Units are liable to get stuck, particularly amongst corpses, leading to stalemates where the remaining soldiers can’t actually reach – and therefore kill – each other. But on the whole, it’s already a solid package that easily meets the level of minimum viable product.

TABS is quite transparently made for Twitch and YouTube consumption, its goofy visuals and unpredictable chaos a perfect match for clickbait thumbnails and shrill commentary. But there’s enough staying power in its novelty to keep an actual player entertained for a fair while. Whether you wait until full release or dive in right now, Totally Accurate Battle Simulator is a totally good time.