Behind The Scenes at Modus Games

Modus Games: a publisher with its fingers in a whole tray of pies. 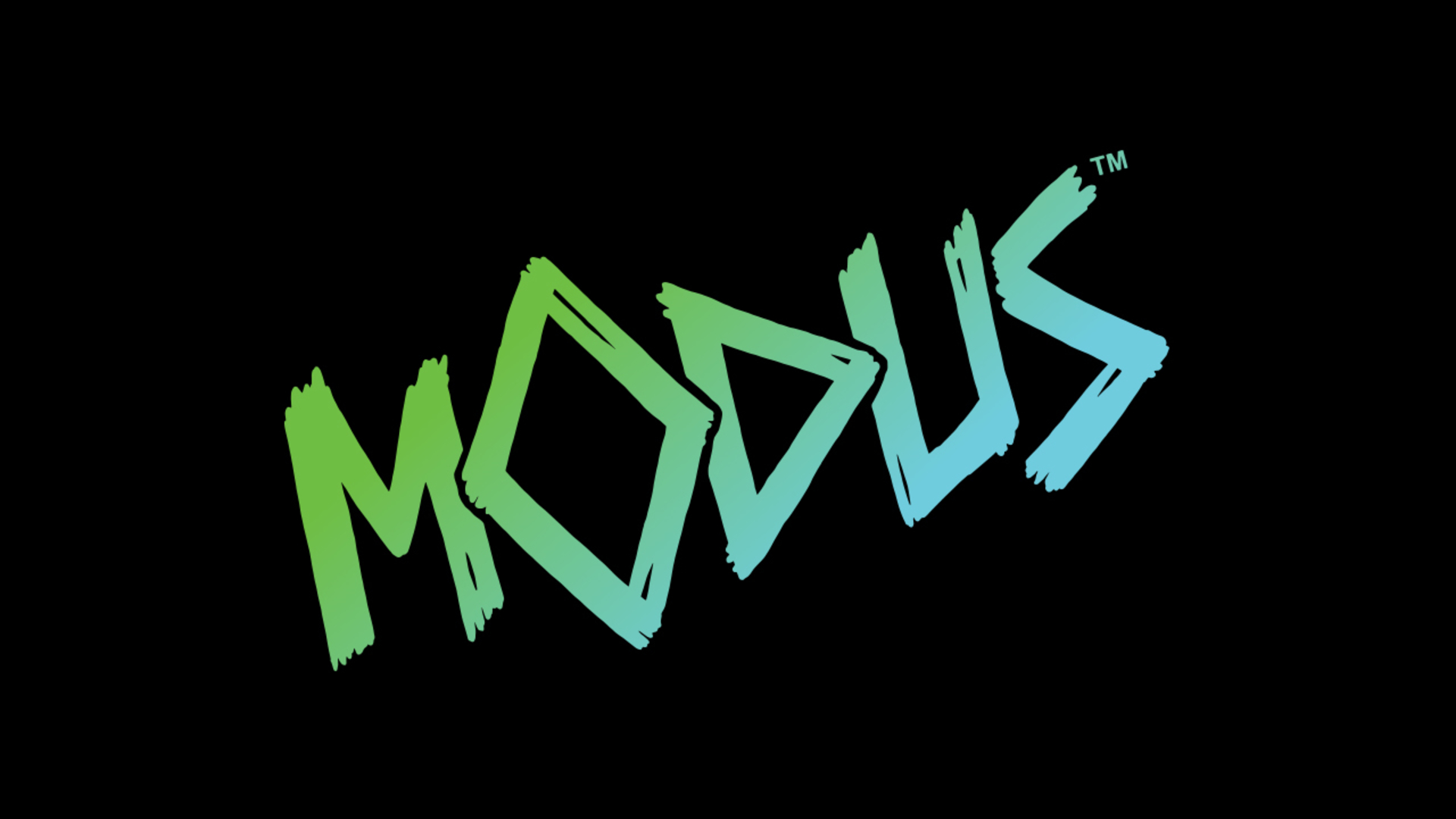 Boasting talent from all across the triple-A gaming world, Modus Games is comprised of veterans from Ubisoft, Capcom and Warframe all looking to contribute to the hub of creativity that is the indie game scene.

Having launched in the last year, this publishing house has an impressive slew of titles in its line up. From big hitters like Trine and Rock of Ages to exciting new titles like Cris Tales and Degrees of Separation, their catalogue is growing exponentially. We caught up with Modus CEO Christina Seelye to find out more.

Modus was launched by Maximum Games in 2018. Can you tell us a little bit about how that came to be and what drives Modus going forward?

So Maximum Games has been distributing and publishing videogames since around 2010. What we learned over time is that there was a unique opportunity to create a plan specifically for independent studios where we thought our skills as a publisher and our aesthetic matched really well with independent studios.

As Maximum continued to grow we decided to incubate Modus Games within Maximum Games. We’ve been doing it for a couple of years and then we just had our big announcement at GDC where we started talking about our roadmap. And now Modus has a fantastic roadmap that is going all the way through 2021.

The reason why is because we thought independent studios have all of this creative content but they don’t necessarily have the resources internally to do a very elegant, global physical and digital launch. And that’s something that Modus can provide and so we are providing a triple-A launch for a ‘triple-I’ games.

Modus Games offers developers a load of services from funding to marketing to distribution. How is that you develop specialities in all of these areas to help developers?

As Maximum Games was growing we were able to secure some great talent from the Bay area. Our head of marketing is former Ubisoft, our head of production is former Capcom. Because we’re here in the Bay area we’ve been able to pull a lot of great talent from triple-A players. It’s really the independent spirit of Modus Games with the reach of Maximum games which is a top-20 game publisher in the UK and North and South America.

It’s fair to say there are few indie game series out there. But after just opening in 2018 you’ve managed to get two of the most recognisable franchises under your wing in Trine and Rock of Ages. What does it feel like to be able to work on these games and how does your approach contrast for each game?

We just had a milestone meeting on Rock of Ages last week where the producer was presenting to the exec team and we were all laughing hysterically. It really is a unique game that has a tonne of humour in it.

With Frozenbyte and ACE Studio, even though the games are very different, the approach is similar. Both of those studios have a very clear vision with what they’re building. Even though they’re totally different the same energy is applied. There’s a clear message that we can create to tell gamers what the game is like. 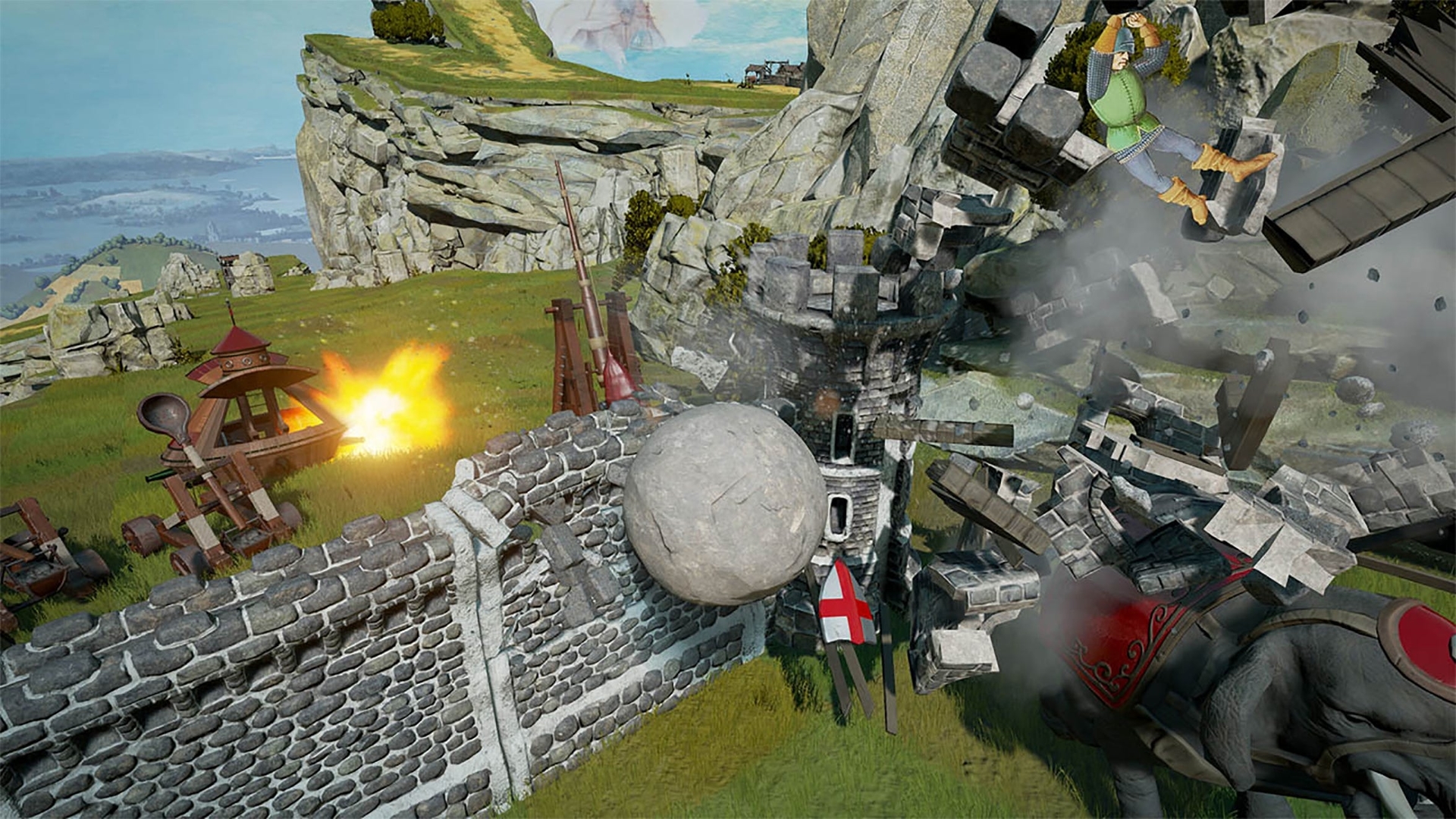 Where we differentiate ourselves is we consider ourselves the ‘developer’s publisher.’ We work with the developer on their schedule so that we can then craft marketing assets in a way that doesn’t detract from what they’re trying to build. What that does for us is to create really interesting communication calendars so that we can tell gamers what’s coming.

It doesn’t always work perfectly – there’s always trade events like E3, and Gamescom and Paris Games Show which will be disruptive no matter what because you have to have something for those games, but the guiding principle of our approach is always to work in a more coordinated effort so as not to disrupt their best work.

On your website, there’s an informative section called Indie Access. It’s a series of articles that gives developers information and advice on the business side of game development. Can you talk a little about Modus Games’ philosophy on helping improve the industry as a whole with work like this?

We get pitched hundreds, maybe thousands of games a year. So we’re saying no to a lot of people. But that doesn’t mean that we want to say no because most times it’s just ‘not right now.’ We wanted to create a place where people can gain value from Modus even if it’s not from funding or publishing. That’s what gave birth to ‘Indie Access.’ We decided to share all of the things that we would normally tell developers if they were actually getting published by us.

Not to be cheesy but we have a heart for the independent studio and we believe that independent content is what drives creativity in the videogame space and we want to support that as much as we can, even if it’s not something that’s going to be a part of Modus Games’ roadmap at this point.

Whereas 10-15 years ago devs might not have been as serious about the business end of development, do you think it’s a necessity now given the saturation of the market? 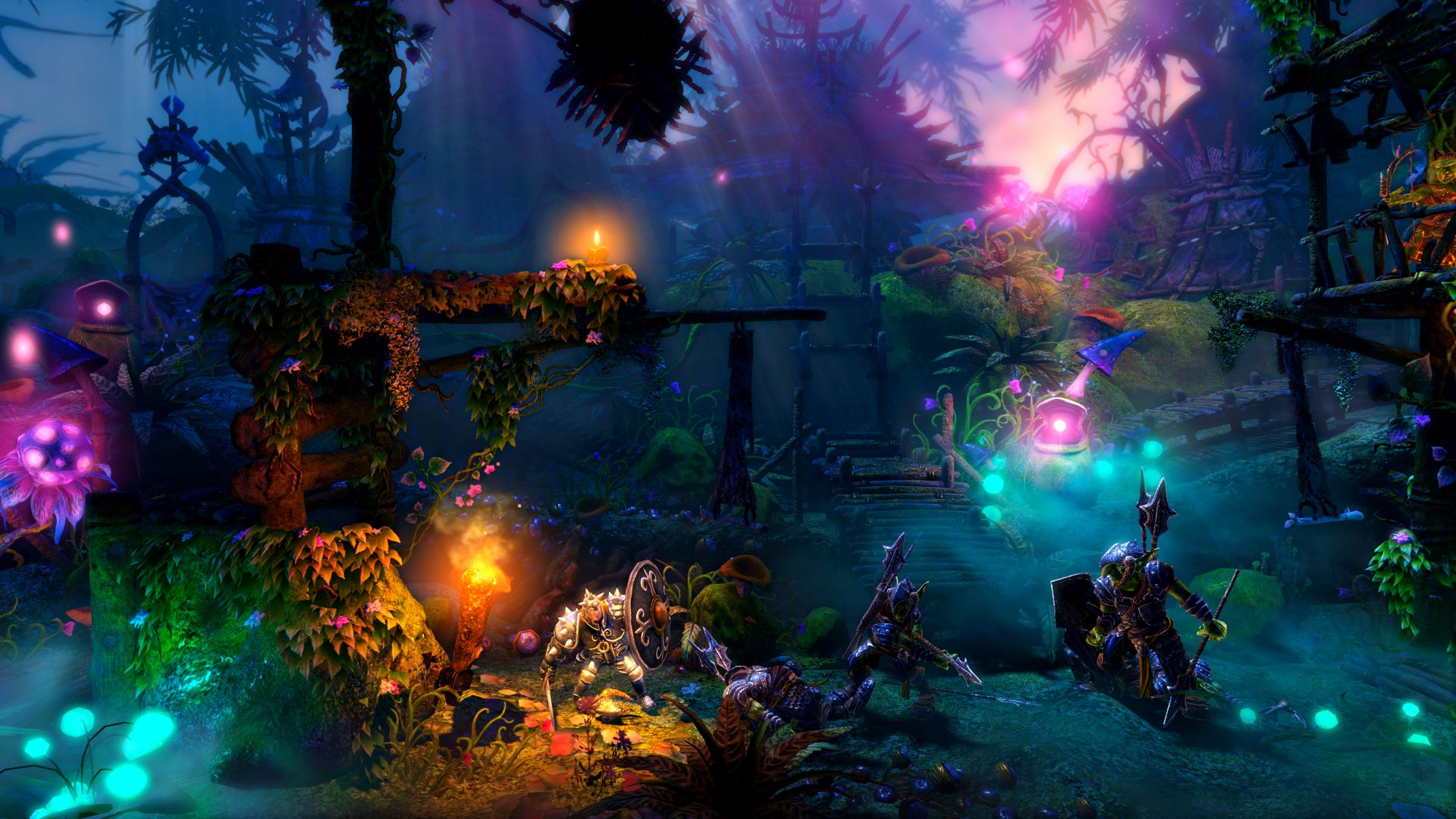 It’s becoming increasingly more important for studios to say, “how am I going to get the best commercial result possible from the content I worked so hard to create?” Can they hire one guy to do that, somebody to manage PR? Sure, but it’s not going to be as beneficial, they’re not going to get as great a result as working with somebody that does this all day and has already learned from their mistakes. You also need to use the publisher to help manage all of the different monetisation opportunities that exist today.

Websites like IGW help keep your finger on the pulse of the indie scene. But the market is so huge that not everything can be covered and it can be difficult for those interested in indies to keep up with the movement as a whole. Have you found that you’re not just trying to appeal to one amorphous audience but different interests within that? Those interested in different themes or genres like city-builders, metroidvanias or pixel art aesthetics?

I think that for us, we are not genre-specific. One of the things about Modus, in particular, is that we are uniquely positioned to monetise the physical market in a way that is different from most other indie publishers. We’re more successful with content that’s maybe a little higher priced than the $9.99 stuff. Although we are doing games within that price point, where we’re seeing that we can add the most value is when you have a game that is closer to $30.

In terms of international audience outreach, how do you start to market in different territories? Do you take different approaches or is it folded within a global online marketing strategy?

We tend to tackle one thing a year as a company just to make sure we’re not doing too much. But at the end of 2018, we said okay, 2019 is the year of Asia. We’re going to figure it out and we have. So we launched our first game in April of this year in Japan and Southeast Asia. We also made a strategic decision that every one of our Modus games moving forward is going to be localised into Chinese, Japanese and Korean.

What happens with independent studios is that they approach Asia too late and then it’s really expensive for them to go back in and do all the localisation. We do it really early in the process so we can make sure we’re doing it cost efficiently as well. 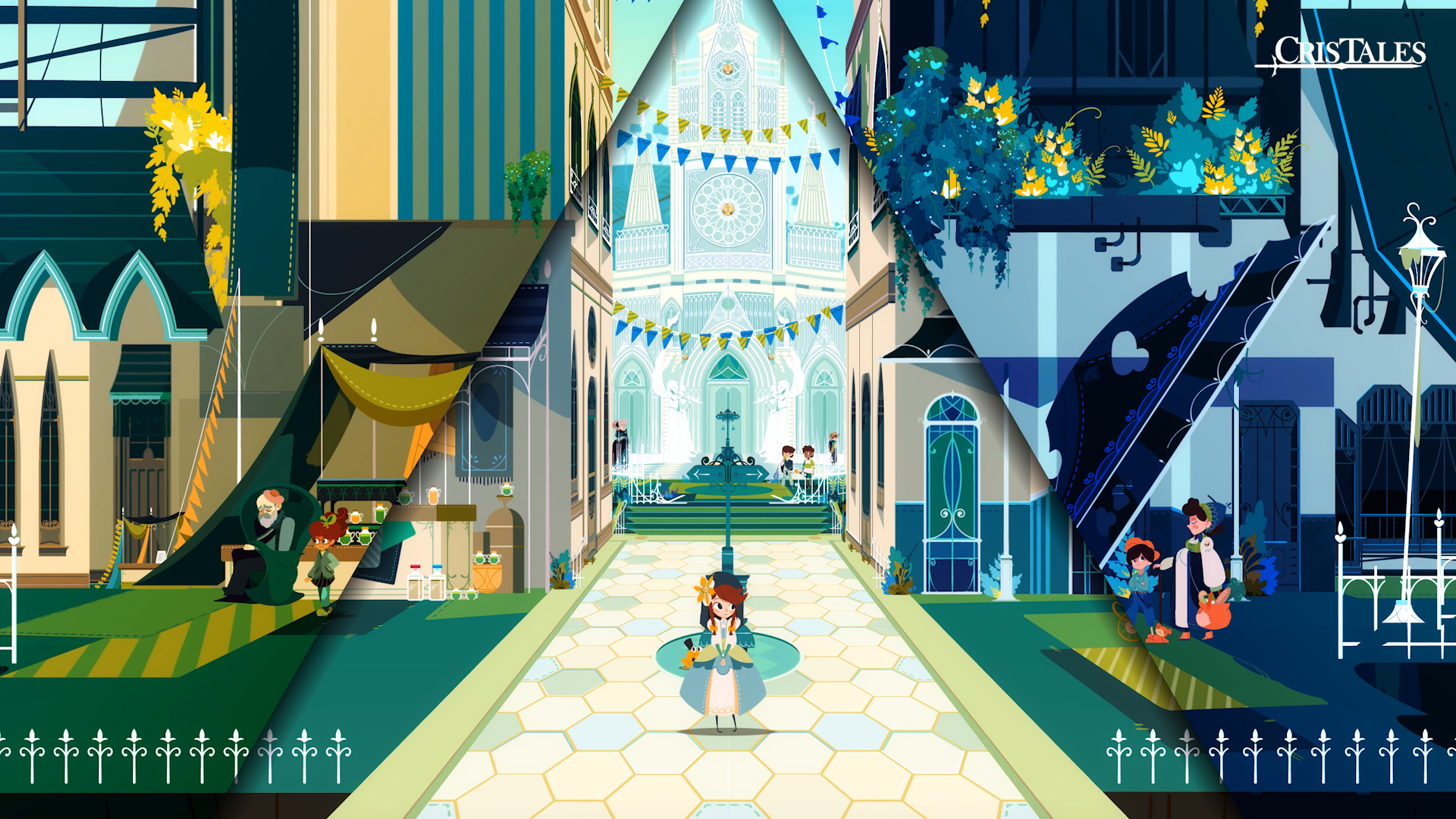 Where do you want to see Modus Games and the indie scene in general in the next five or ten years?

I mean, five and ten years. Jesus could come <laughter>. So it’s really hard to get the five to ten year question and try to come up with a meaningful answer to that.

You have a roadmap to 2021 but what might lie beyond that?

I have a roadmap to 2021 and I’m so proud of myself <laughter>. I would hope in the next five years that we are top of mind for any independent studio to want to work with. Does that mean that we’re going to be the biggest in terms of the most revenue? I don’t need that to happen but I would like to be top choice that when independent studios are making a game I want them to be able to go, “oh this would be a great Modus game.” That’s what I hope to get from the next five years with Modus.

We can bring a different set of curated content that’s really interesting and really great for independent video game players that provides more choice than what we would see from the big guys.

With the indie video game scene only increasing in size, the work of Modus and other indie publishers is a great service to lift up real quality that may have been lost otherwise in the deluge of constant releases. What’s exciting about Modus is that we might be able to expect more of our favourite indie titles hitting the big time of physical retail.