Knights and Bikes is riding onto TV screens, but will its charm translate?

Knights and Bikes, from the first glimpse of the trailer, looks immediately like the kind of coming-of-age tale we want to jump right into; the beauty of a narrative game, is that we can. When we ride a bike along this seaside town as either Nessa & Demelz, we are really inhabiting their childhood world, solving puzzles as they encounter them, and exploring their world at our own pace. There is even a goose to pet, which we can pet whenever we damn well please – which is all the time.

Recently optioned for TV by Tiger Aspect Productions, this will of course change when the two best mates make it over to another medium. With that in mind, we spoke to Rex Crowle, Art-Director/Writer/Level-Designer of Foam Sword, about Knights and Bike’s origins, and its journey to the other side. 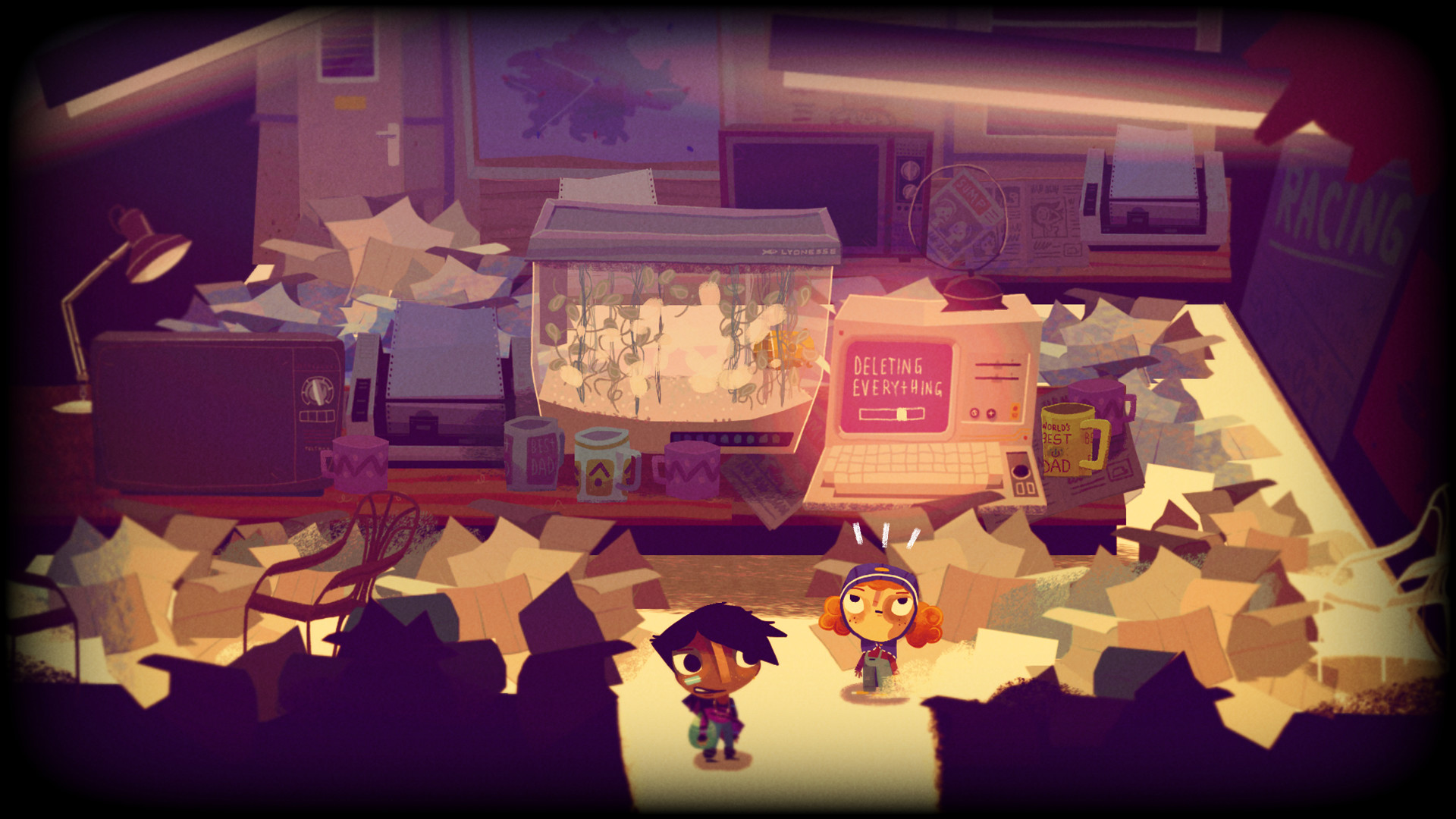 Turns out, with this news Knights and Bikes is actually coming full circle. It was animated TV that inspired the game in the first place: “Probably the two closest ones were Steven Universe and Over The Garden Wall. Steven Universe for its coming-of-age and co-operative story themes. And Over The Garden Wall for its darker tones and environments and its use of humour to surprise and lighten the moment”

“I think OTGW limited run of 10 episodes also really helped it create a very engaging story with a poignant conclusion. The focus of that show was inspiring when trying to create game that all players would be able to play through to a similarly emotional conclusion, and not having them give up due to difficulty-spikes or having to grind it.”

The elements Crowle and co-creator Moo Yu took from TV certainly helped structure the narrative and atmosphere of the game, but it was experimentation with the gameplay itself that the developers feel really helped form an impression of the two protagonists’ friendship for the players.

“[We] were very focussed on the gameplay that would happen from both characters helping each other. And aside from puzzle-solving and combat that could be anything from helping each other back onto your feet after getting hurt, to high-fiving each other to celebrate victories in the game. And although viewers won’t be in control of exactly how and when the two girls help each other, I’m excited about all the new ways they’ll be able to do it in a show!” 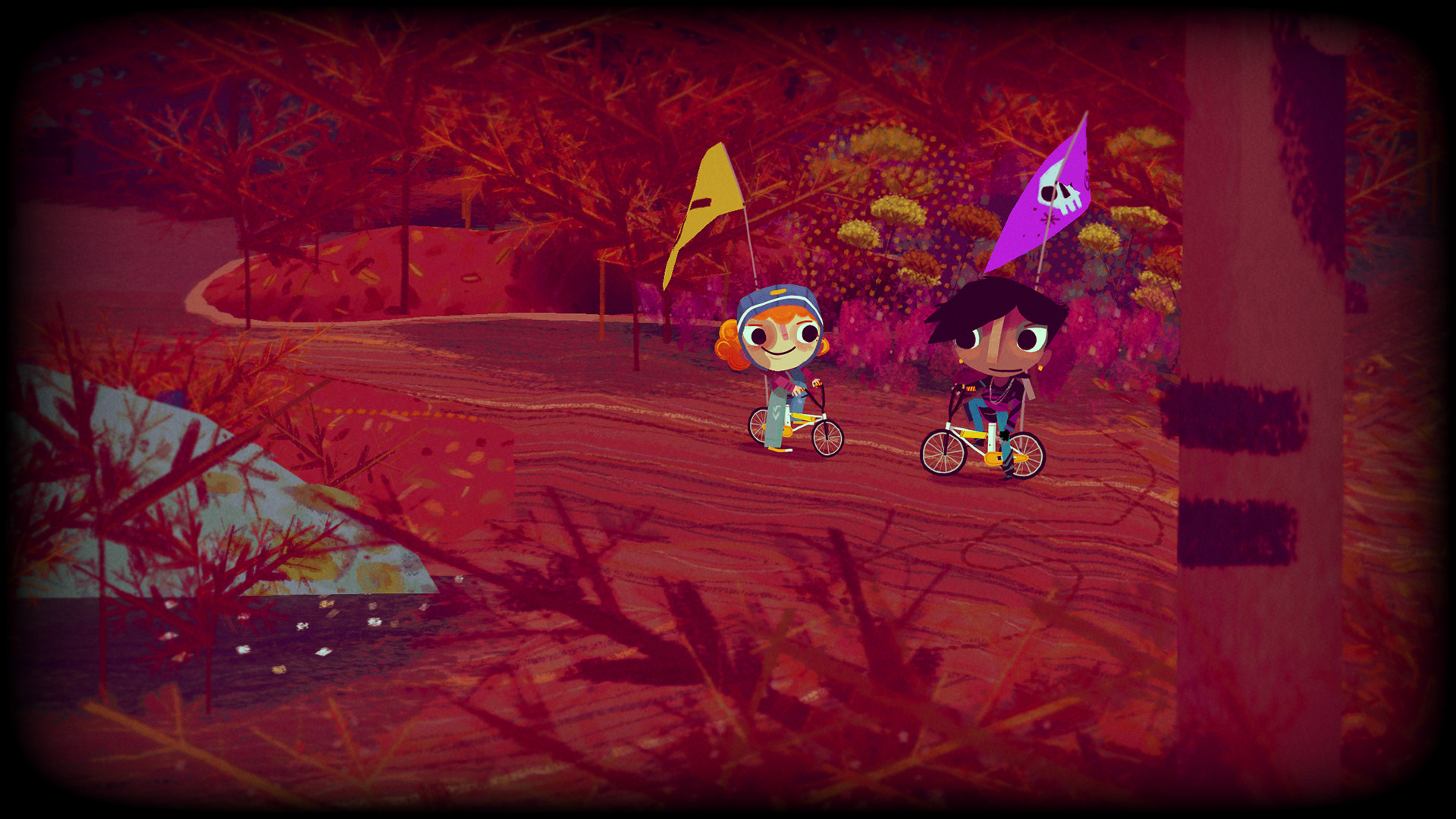 The twists and turns of the childhood friendship might be out of player’s hands as it transitions to TV, but one element will only get more attention paid to it as development progresses. Knights and Bikes is so immediately engaging in part because of its visual style, and what’s more integral to an animated children’s program than its style?

“The way the games’ island world is depicted is altered, exaggerated and twisted based on the the kids perception of their surroundings. Therefore it’s all painted using similar materials to what kids would also use to tell a story. […]

But kids never sit still or stop daydreaming, so the animation has a hand-drawn style to also match that goal. Everything on screen changes per frame to wobble about, like a kids flick-book, to make the world feel very dynamic and very stormy on the little island.”

Crowle isn’t too concerned about this style moving to TV: “It’s a meticulous style so we’ll have to see how it gets translated into a TV series, but I’m hopeful that it will be able to stand alongside it, and hopefully outclass it too. The show will definitely have a larger art-team than the game did, that’s for sure!” 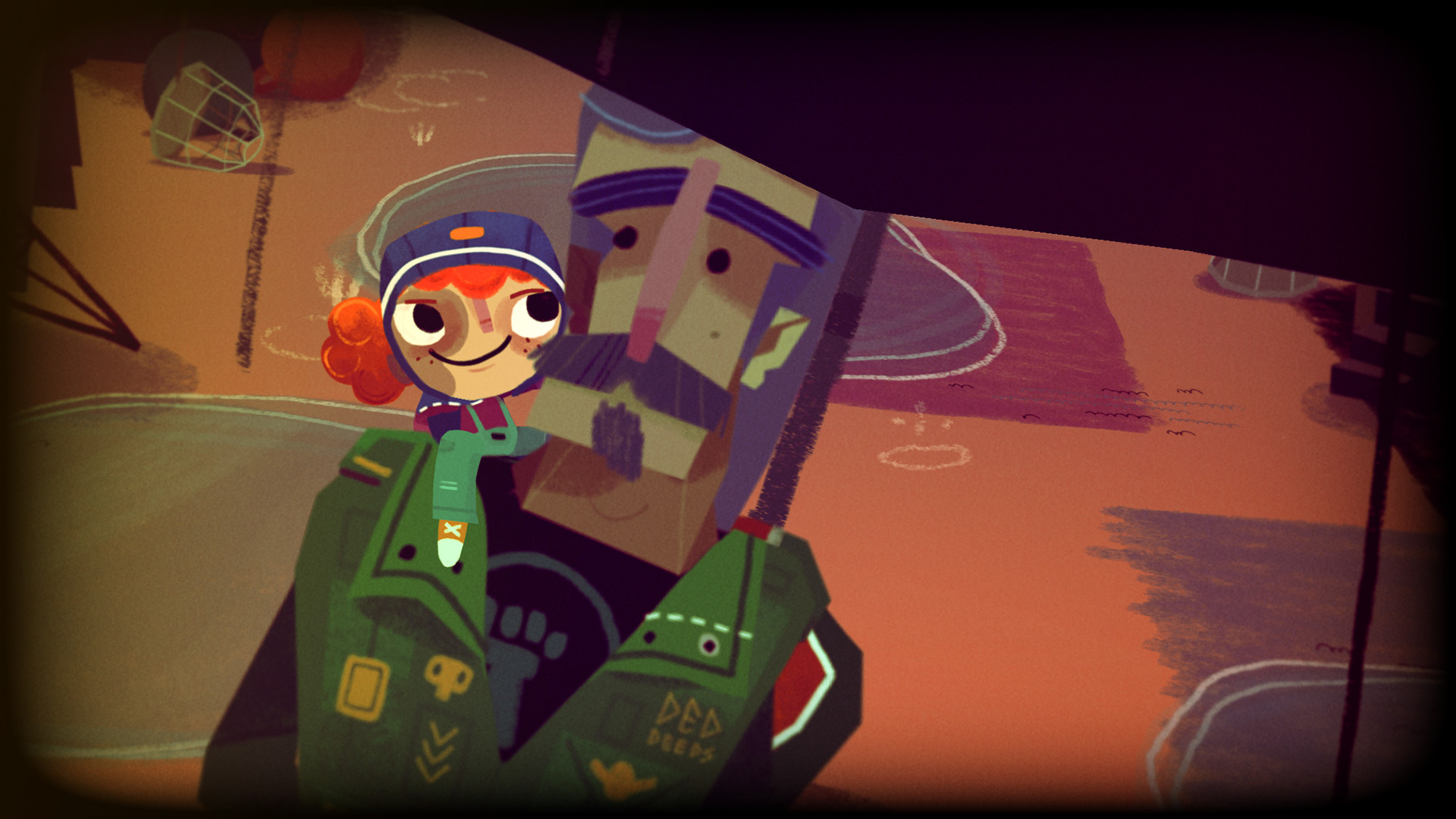 In the more immediate future, Crowle and Yu are focused on sorting out their Kickstarter backers:

“I’m having fun designing an Art book, a card-game and some of the other things we originally promised them! After that, we’ll have to see, but with the TV series now floating around and the possibility of more Knights And Bikes books from Gabrielle Kent (there’s two out now) it’s quite an expanding universe already.”

To find out more about Knights and Bikes, visit the game’s Steam page.

Unicorn Tails Is Skyrim For Seven-Year-Olds