One Step From Eden Tips And Tricks 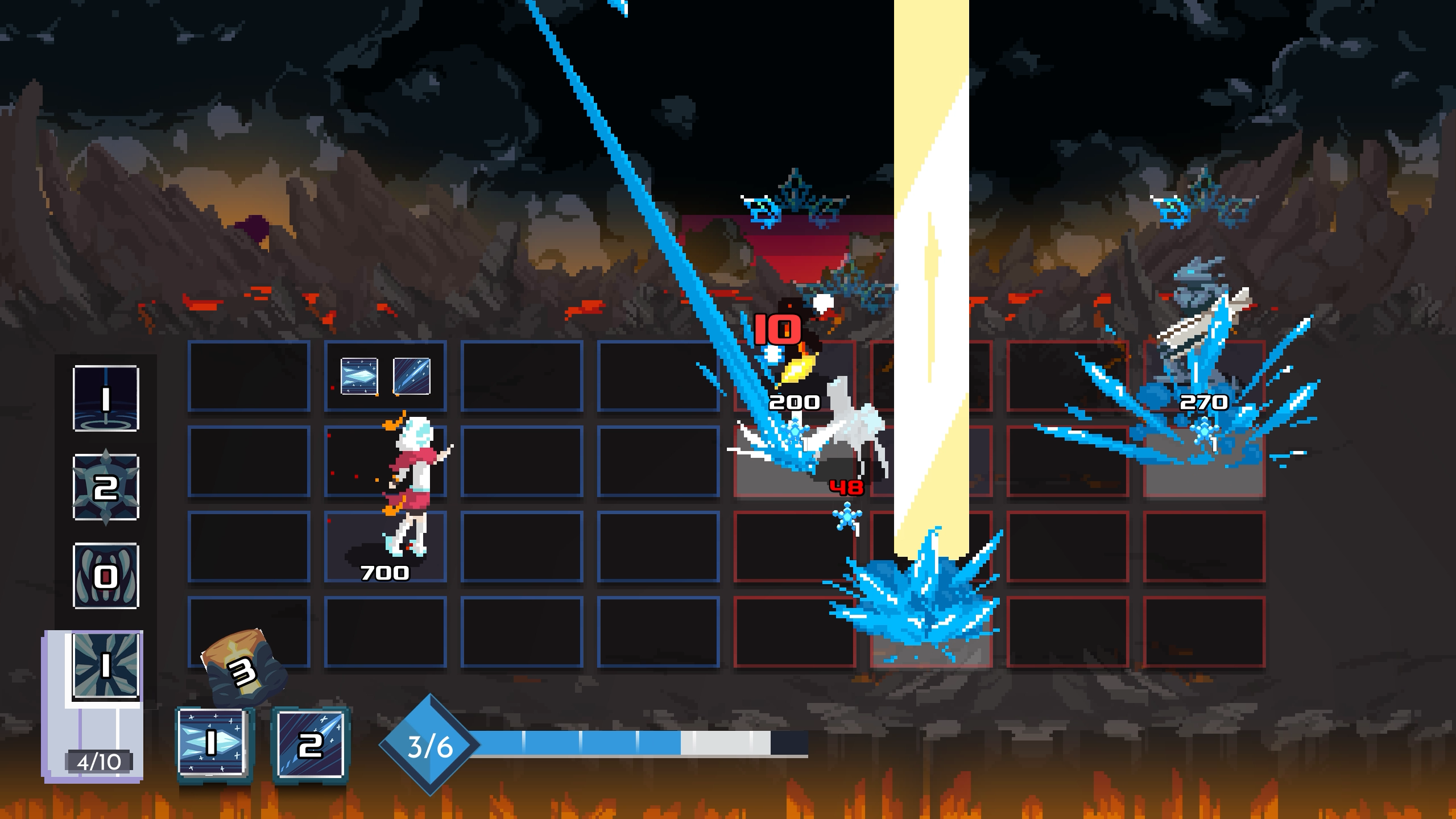 One Step From Eden is a wonderful roguelike that revives a much-beloved combat system that hasn’t been seen since the Mega Man Battle Network games. Its mix of deck building and incredibly fast action combat is undoubtedly very good, but it can also be rather punishing, especially as you’re starting out. As such, we’ve put together a small list of One Step From Eden tips and tricks to help you find your way to grace.

One Step From Eden Tips And Tricks

Now, these are all designed to be beginner One Step From Eden tips and tricks, not the kind of thing you’ll be looking up after thirty hours with the game, although you might still learn something even then. As long as you keep that in mind, then these should help you get a bit closer to Eden itself.

After you’ve finished the very first battle in each run, you can have a look at your deck. Do so and scroll to the top and you’ll see that there are one or two question marks. If you select these, you can choose a focus, which ups the chances of you finding cards from those specific types in your upcoming rewards. Some characters already start with a focus, but you can change them as often as you like. This means if you find an item that makes ice damage far more useful, that you can then focus on Anima to up your chances of finding more ice cards.

On the subject of cards, you don’t always want to take them. Well, you might want to take them, but that doesn’t always mean that you should. Instead, sometimes skipping the rewards can allow you to keep a more focussed deck, and that in turn allows you to improve your chances of winning. That being said, sometimes it’s fun to just take the best card every time and hope you can survive a run with utter chaos at your control.

A lot of the combat in One Step From Eden involves moving, but where you move matters. Generally speaking, it’s worth trying to avoid corners as you can end up trapped, but you also really need to keep an eye out for attacks that break tiles on your side of the field. Of course, you can use this ability to your advantage to box your foes in, but you need to remain aware of your own situation too. Also, each boss has their own attacks and styles, but Violette, in particular, requires you to move in a certain way. You’ll notice after your first encounter with her that she makes a wide unavoidable sweeping attack after playing some music. It deals a huge amount of damage, and it can be a frustrating fight. The trick is to be in the squares with the musical notes in as she is playing music as they give you a shield and allow you to survive the attack.

How to unlock new characters in One Step From Eden

You’ll notice that there are a lot of unlockable characters in One Step From Eden, but unless you’re really good at it, you might not realise how to unlock them. To unlock a character, all you have to do is beat them in the fourth world onwards as a boss. Any character you beat at this point will become playable once your run is over. For the record, that’s the fourth world, which is actually 3-0, not 4-0. This works for all of the characters bar one.

That one character is the Shopkeeper. The Shopkeeper is a helpful character who sells stuff; she can be a little standoffish, but hey, maybe you deserve it. You’ll notice that you can attack the Shopkeeper because she has health. If you can defeat her, you’ll unlock the ability to play as her. That’s cool, right? Well, yeah, but just keep in mind that she’s probably the most powerful enemy in the game and will more than happily mock you for attempting to fight her. Just don’t accidentally attack her if you’re having a good run.