How Creating Things In The Real World Helps Games

Bring me to life

Bring me to life 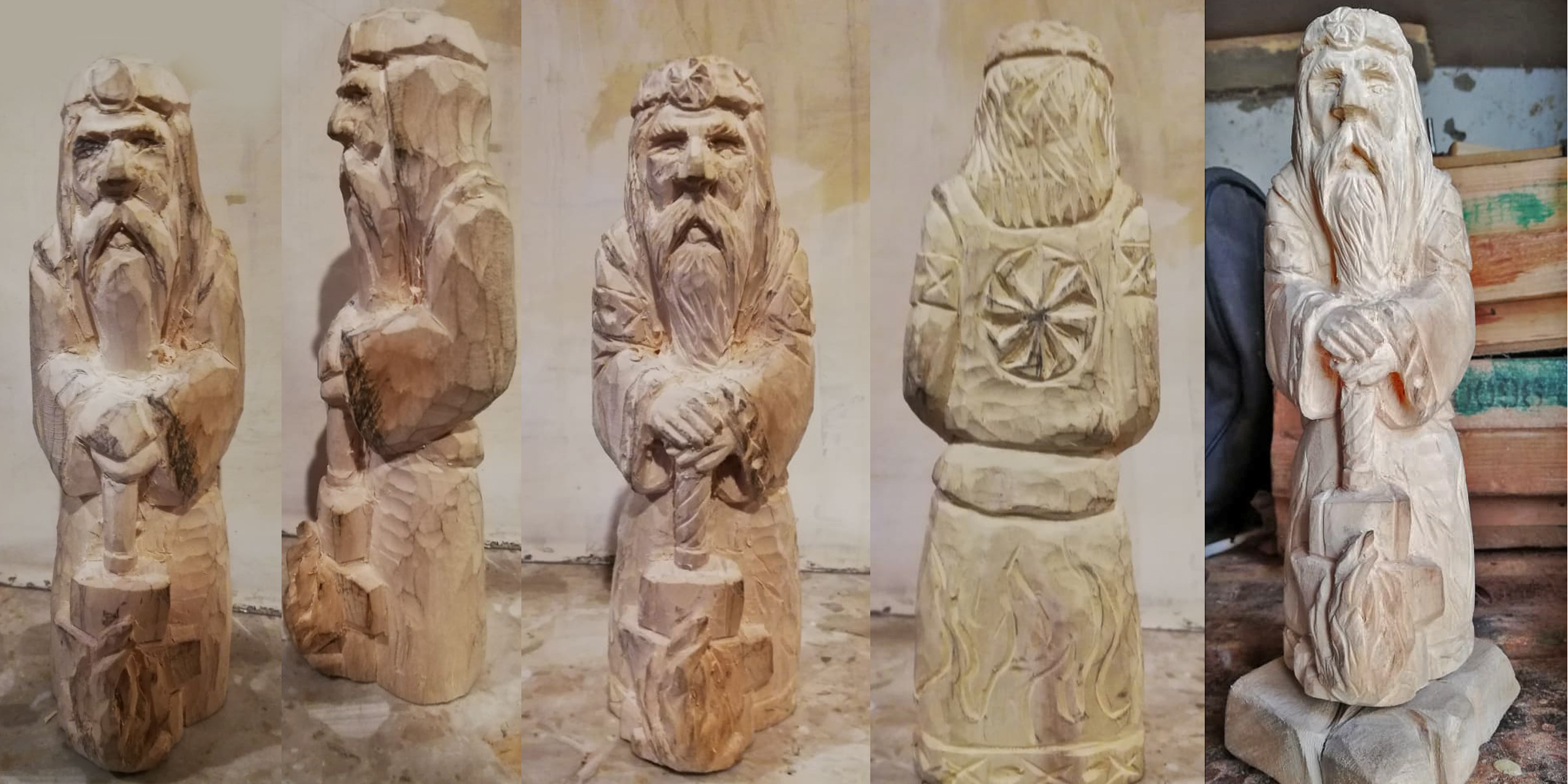 There’s a famous tale that when Da Vinci was painting The Last Supper, he ventured into town and found the most handsome man he could to model for Jesus. Because, as we know, the Son of God was a Chad. Years later, Da Vinci returned to town and found a loathsome drunk to model for Judas, only to discover the man he’d selected was the very same Chad he designed Jesus after. Is it true? Pfft, what do I look like, a Da Vinci superfan?

The point is, artists have always used real life as inspiration for their work. In the 1950s & ‘60s, Walt Disney Animation shot parts of films like Alice In Wonderland and Sleeping Beauty in live-action, only to have the animators draw over them later. Art mimicking life, literally. Now, the technique is coming to the indie game scene. 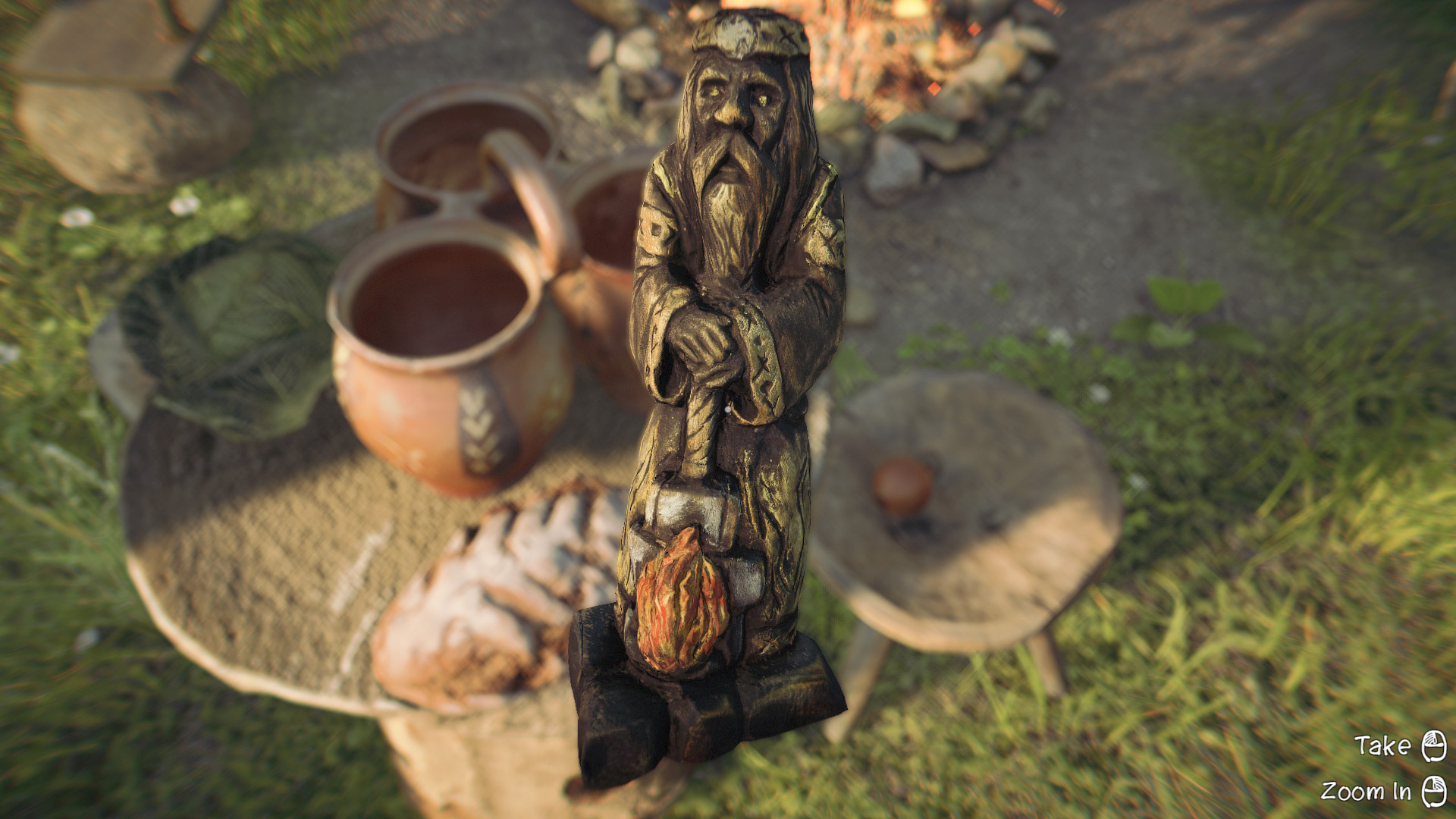 The End Of The Sun, an upcoming adventure story game, created a wooden carving of Svarog (the Slavic god of fire and blacksmithing) before scanning it into their game, and developer Jakub Machowski explained why. “Firstly, it has a unique look that making in 3D software would take a really, really long time. Next thing, exactly the same figurines will be exclusive to a version of the game on Kickstarter,” Machowski said. “Because we are using photogrammetry, there are some tiny elements that make objects looks like they should and players could exactly see how something is working. Modelling it in 3D, we would never be able to add this kind of detail to an object.”

Photogrammetry involves taking 360-degree images of an object in order to recreate it digitally, and Machowski told us why it was such an effective technique. “For sure, it let us do things faster, that normally we probably would take much longer and not look so good when using modelling 3D software. I think we spent like 2-3 months together on making photos. For people that spend like 90% of work inside near computers, it’s rather fun to go to the forest or ethnographic museum to scan some elements.”

Having enjoyed both the process and results, Machowski expects it could be used more widely in the future. “There is really big potential in that method. Imagine, for example, making a whole world from wood in real life, or for working with some children that would make their own stuffed animals then scan it and make a game from it. The technique for sure has a future, not only in copying reality into the virtual world but also with artistic ideas.”

Not every developer is using real-life creations to aid in game design, though, some are just doing it for fun. Gavin Eisenbeisz, the developer of My Beautiful Paper Smile, recently recreated a scene from his upcoming horror game with actual paper. “Making a real paper model of the game has been in the back of my mind for quite some time. I first had the idea about a year ago, thinking a paper scene would make a cool centrepiece or decoration at a gaming convention booth,” Eisenbeisz said, “I thought it would be a fun way to show off the aesthetic of its papery world.”

That aesthetic has become increasingly common in psychological horror, with the black inky scrawls a key part of horror movies like The Babadook, The Number 23 and the lesser spotted Scrawl itself. As Eisenbeisz explained, there’s something uniquely unsettling about black scribbles on paper, “It creates an uneasy distrust between you and the object of the drawing. If a person draws a picture they don’t like, or that has something wrong with it, they scribble it out to hide their work,” Eisenbeisz said, “I think people have a subconscious expectation that scribbled drawings are defective and hide something. This makes people feel uncomfortable or creeped out.”

Put your hands on 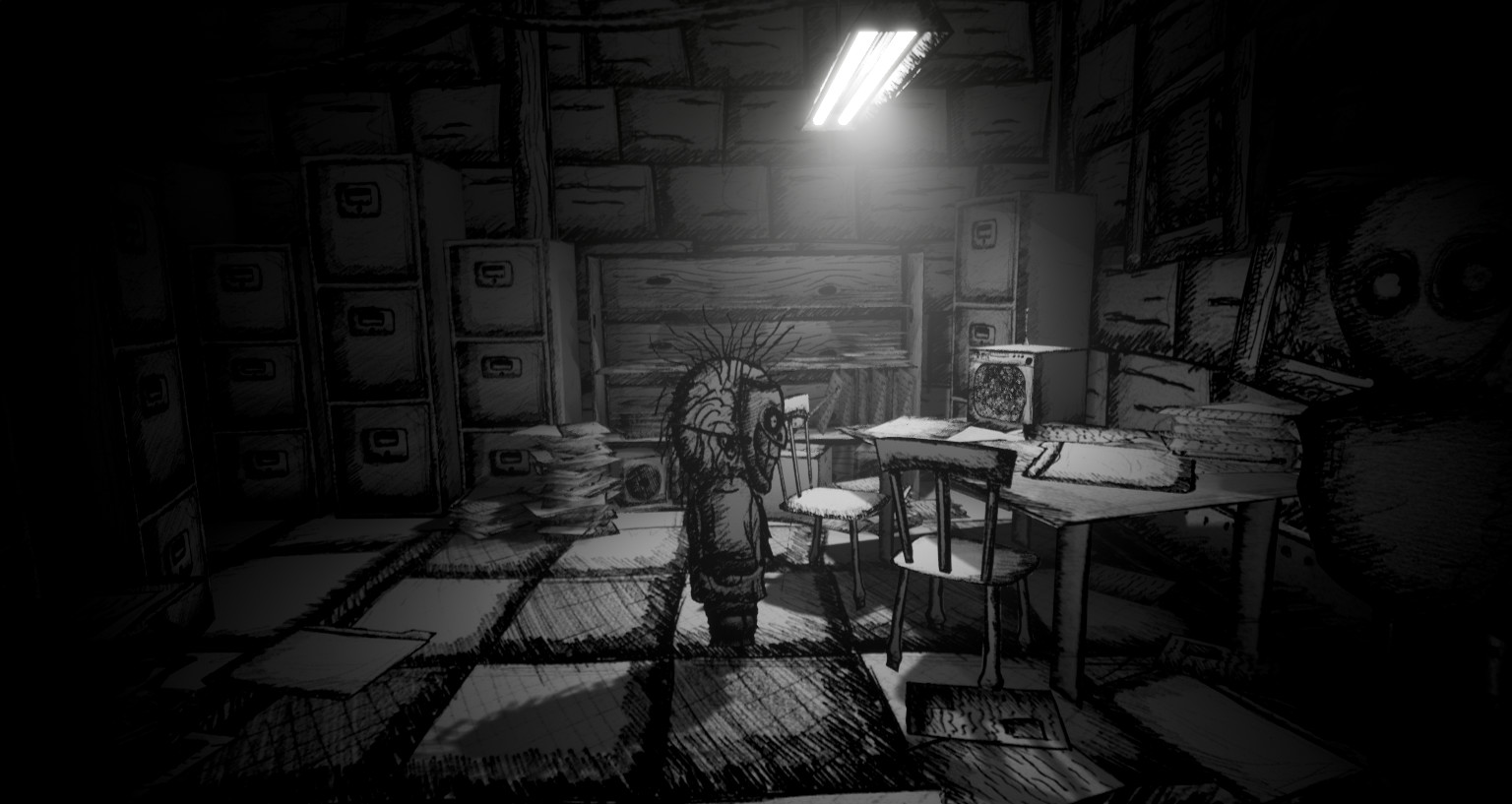 This fear of failure is common in all forms of art; Da Vinci even regarded himself as a failure, having peppered his life of genius with long bouts of procrastination, something historians owe to his undiagnosed ADHD. Huh, what do you know? Guess I am a bit of a superfan.

The My Beautiful Paper Smile game is equally unsettling. Due for release sometime in summer, the game follows a child “raised in a facility and forced to wear a smile forever”. The adventure game tasks you with escaping the facility, dodging and running through the halls to avoid the tests designed to stop the sadness and inject the boy with artificial happiness.

As any game developers out there will know, this temptation to scribble out and destroy your creation is a constant Sword of Damocles over your work. Designing levels, characters and programming physics is detailed, painstaking work, where removing one line of code can wreck a whole day’s work; just like scribbling out a mistake in a drawing. Fixing mistakes needs to be done slowly and carefully, to avoid ruining all the other bits which work perfectly fine.

For Eisenbeisz, making the paper model was a similar labour of love, “I spent somewhere between ten and fifteen hours over the course of a week creating the scene. By far the most difficult part was taking each of the individual paper objects and strategically putting them together in the scene so that nothing would get torn, or misplaced. If I glued something in the wrong place, it would have been a very sad day.”

Will My Beautiful Paper Smile or The End Of The Sun turn out to be a masterpiece worthy of Da Vinci? Only time will tell with its upcoming release, but certainly, Eisenbeisz’s real-life creation shows the level of art that goes into game design. With developers getting more and more creative with their design methods and technology becoming cheaper and more advanced, we’ll likely see more real-world creations assisting with game development in the future.