The Best Visual Novels To Lose Yourself In

Colourful characters and oh god why

Colourful characters and oh god why 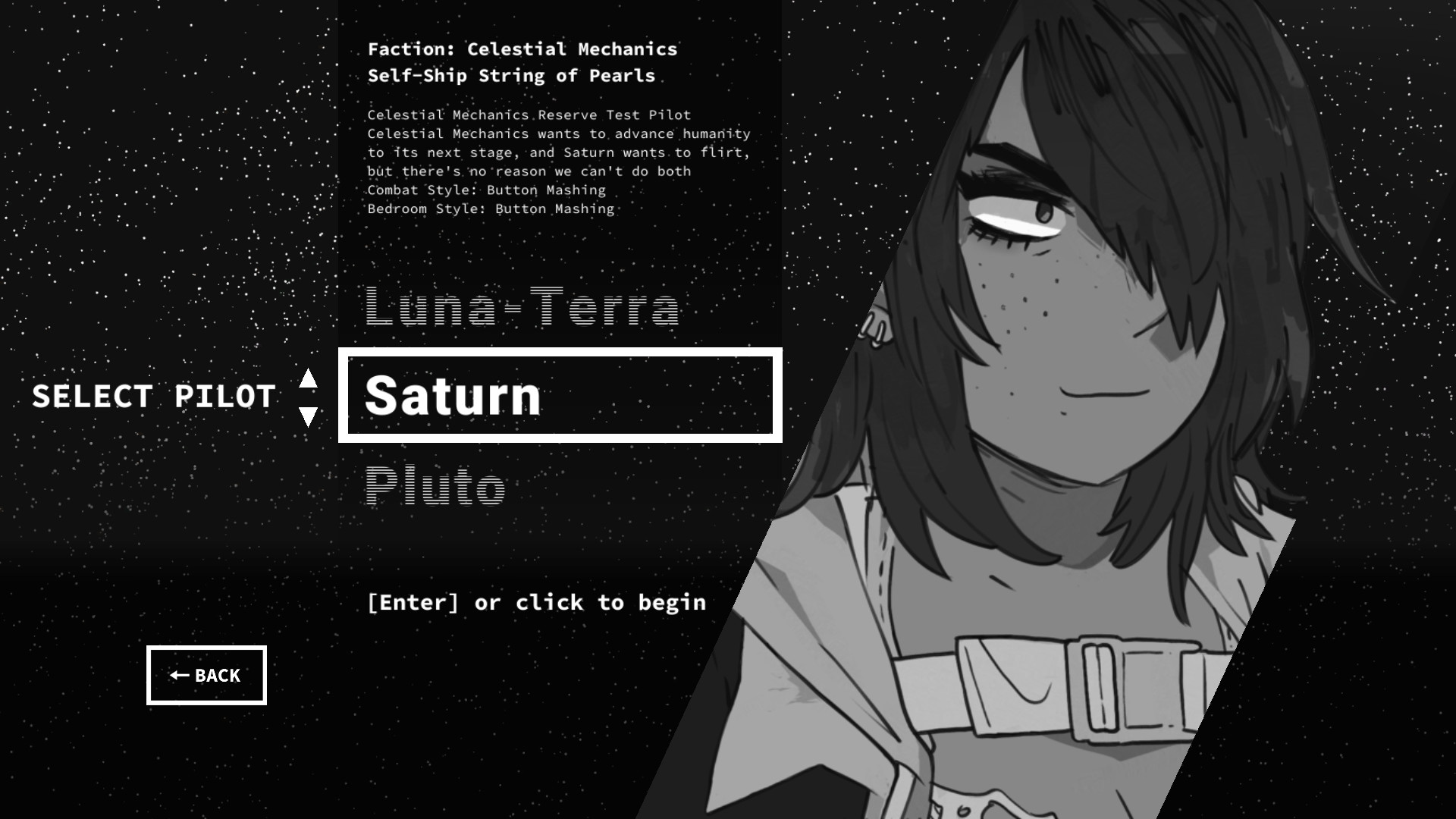 When it comes to escapism, nothing fits the bill quite like a visual novel. If you’ve never played one then you’re missing out, because they hone in on the wonderful character-building and interactive relationships that can make or break a great RPG. It’s all about connections, investigations, and intrigue, whether that be of the world around you, some kind of horrible misdeed, or just the colourful characters that you’re presented with. That’s why we’ve put together a list of the best visual novels around.

Umineko: When They Cry (Umineko no Naku Koro ni) – History and mystery. 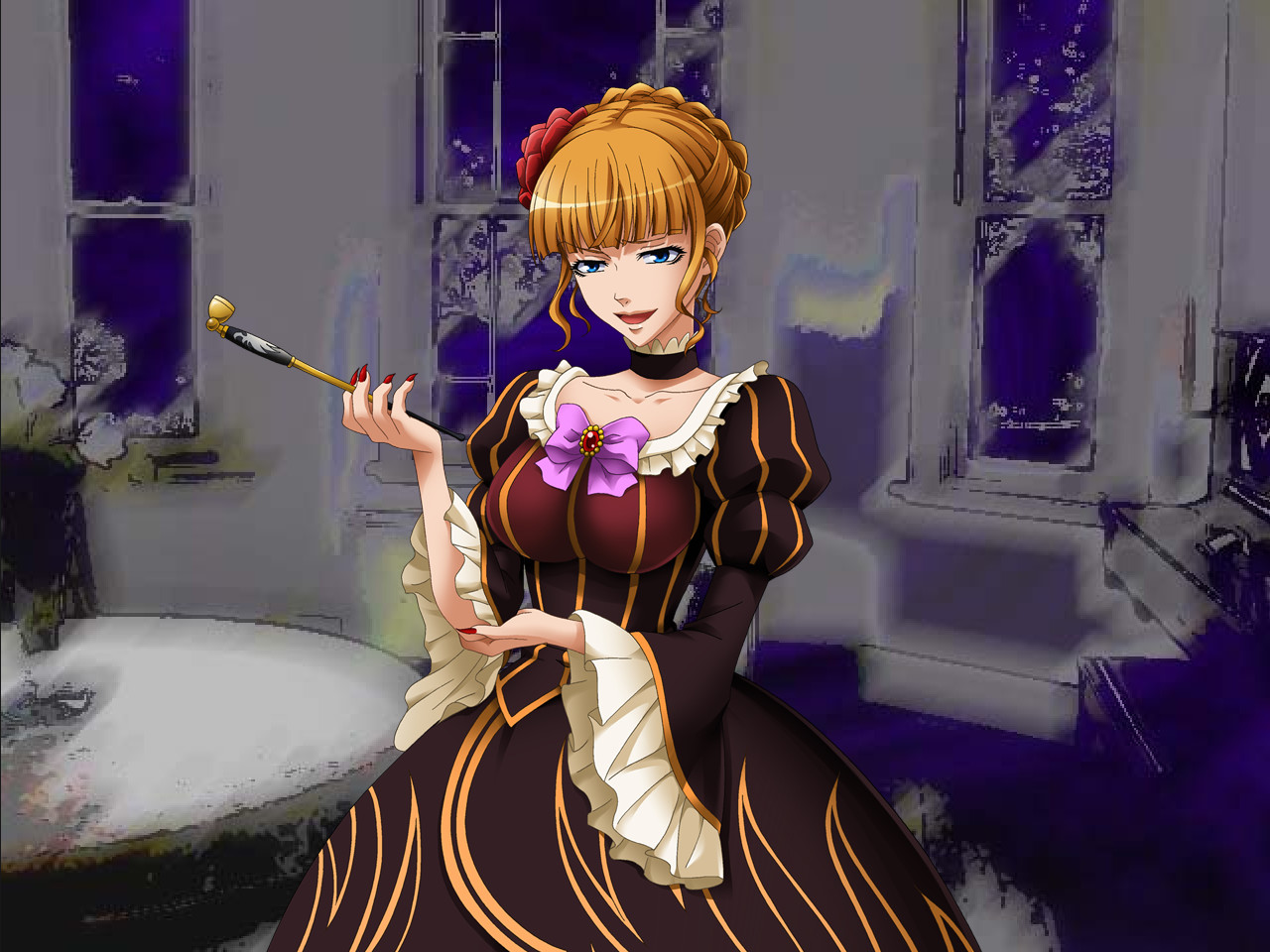 It’s impossible to describe Umineko without sounding a bit generic now. First released in 2007, Umineko was the second series in dojin soft studio 07th Expansion’s When They Cry franchise. Umineko quickly took off, inspiring not just anime, manga, and, err, physical novel adaptions, but also the genre of VNs. The game brought the mystery murder mansion trope to VNs, and its resounding success is evidenced in the genres most popular titles outside the indie space now. A remastered version now comes in three parts on Steam, where you can find the rest of the When They Cry series.

Doki Doki Literature Club – That one you definitely heard about. 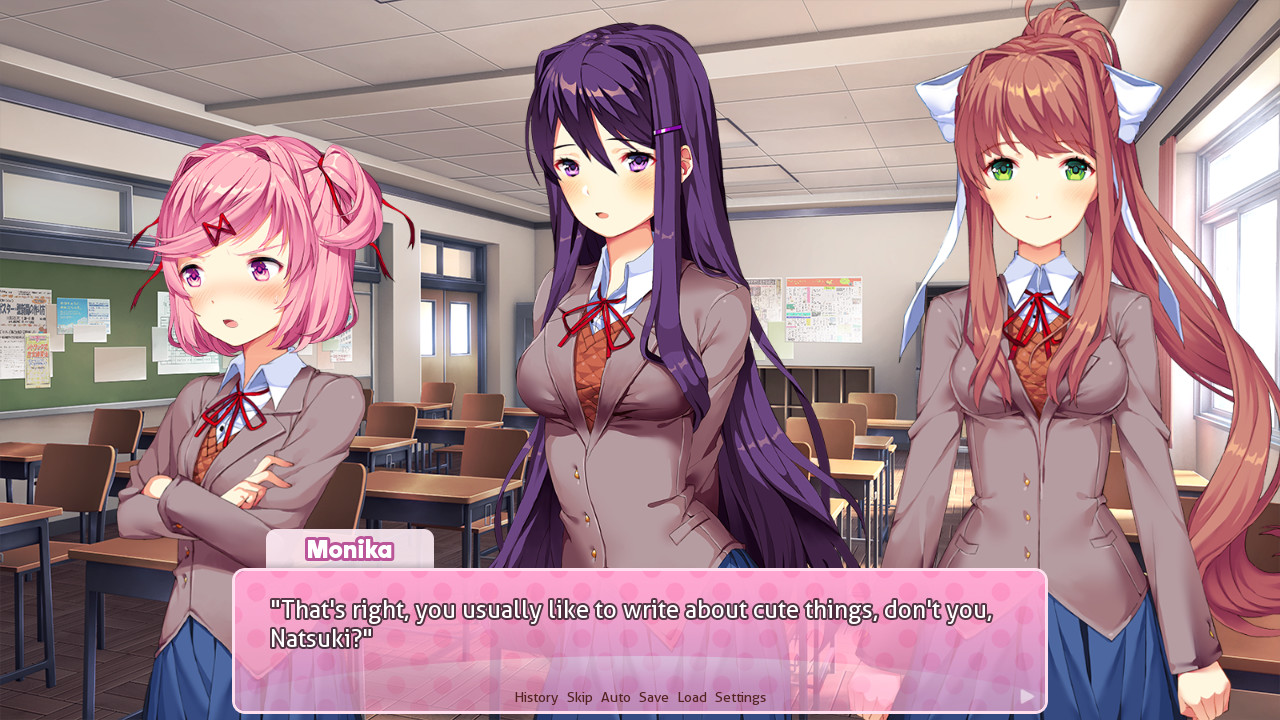 We all need intros to new genres that, even if they aren’t entirely unique, show off what’s possible to a wider audience. Doki Doki Literature Club is important for nothing more if it reignited the fervour for indie VNs Umineko started a decade prior. DDLC succeeds in doing so by poking at VN conventions, and honestly, the more left unsaid the better (sorry, it’s one of those). Maybe the commentary went over the heads of the uninitiated, and maybe it gets too much attention already, but it’s an important game if you want to get familiar with the genre. Doki Doki Literature Club is pay what you want on itch.io and free to play on Steam.

Below are less popular VNs that went in different directions from these established names. 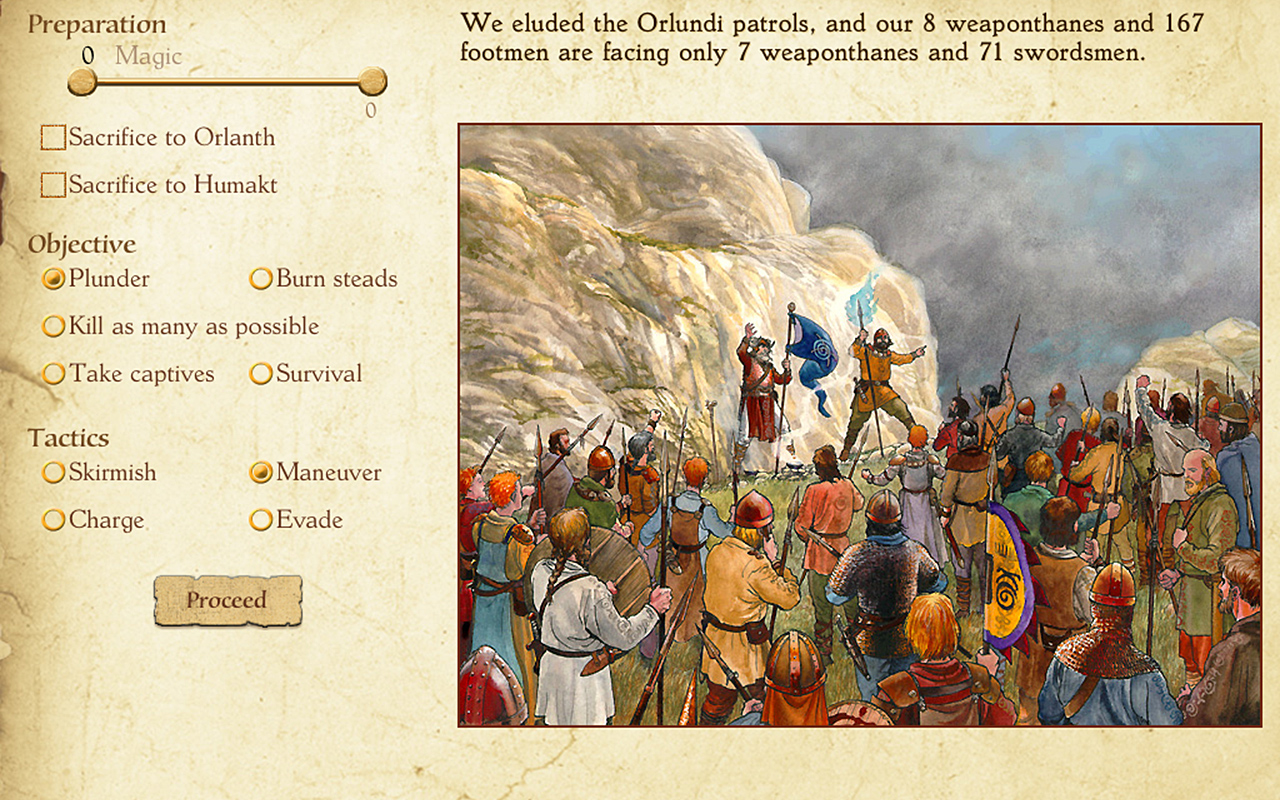 This one might be a bit controversial for the VN forums, but hear me out. A Sharp’s 1999 King of Dragon Pass flopped two decades ago and became a cult classic for a reason. Immense and immersive writing interacts with many layers of simple strategy/management mechanics to offer an interactive story about a clan of warriors and cow herders in the world of Glorantha (a shared RPG setting). Though this differs from VNs that usually have a set, or set of, stories to tell, King of Dragon Pass recognizes that myths change over time to suit a culture’s needs, and you’ll need to familiarize yourself with countless stories of the Orlanthi clan if you want to succeed in leading them to prosperity. You can play King of Dragon Pass, and its successor Six Ages: Ride Like the Wind, on iOS and Steam.

Where the Water Tastes Like Wine – The one you definitely should’ve played already. 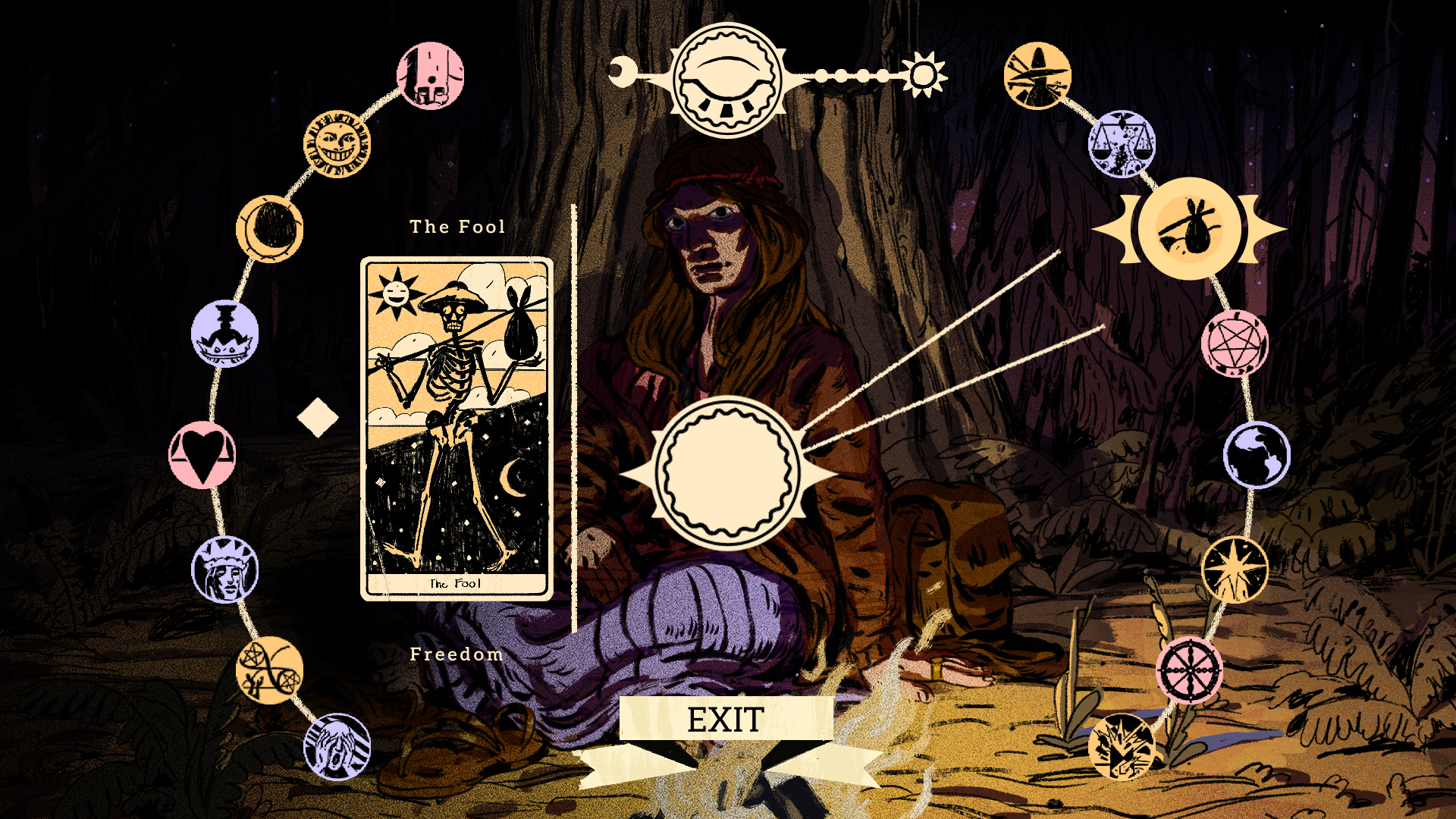 Where the Water Tastes Like Wine is a VN with deck building and an overworld. One where you get to be a skeleton and walk around Depression-era America playing cards. One where the stories we tell matter, that change and grow beyond something you can control. These mechanics serve to complement the bulk of the game: excellent prose. You’ll find a hopeful melancholy on the outskirts of society as you meet the cast of characters, each written by guest writers, that is both thoughtful and reflective. Though it shows restraint, I think a story about stories is wildly appropriate for the genre. Where the Water Tastes Like Wine is available on Steam, Switch, PS4, and Xbox One.

Heaven Will Be Mine – Sext yr frenemies. 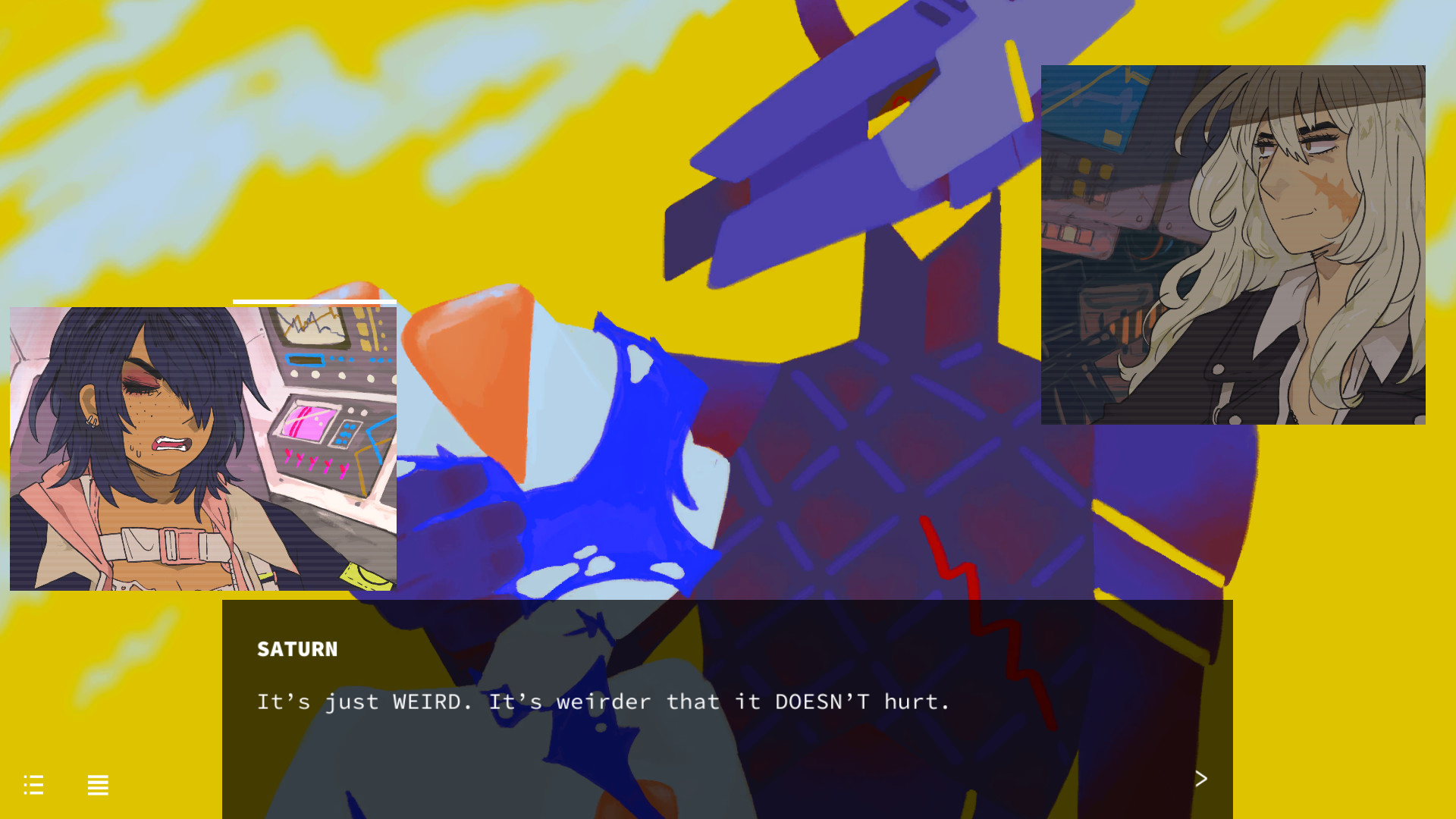 Heaven Will Be Mine is a post-gender mecha dating sim that I can’t shut up about. In HWBM, three femmes fight for factions with incompatible ideals. Go on dates (read: fights) with your exes to further your cause, or cede ground to them because you want to be a bottom. Think of each character and your decisions to succeed or fail as different versions of the story, each one worth seeing through to the end for their supporting cast and end game. There are no bad endings here, though — only better ones. Play Heaven Will Be Mine on itch.io, Steam, and iOS.

Autumn Wright is a complete genderfuck. They study rhetoric and history in Orlando, FL and write about games, sex, and other things you love on the internet. Find her latest writing (and like their selfies) at @TheAutumnWright.

Autumn Wright is a complete genderfuck. They study rhetoric and history in Orlando, FL and write about games, sex, and other things you love on the internet. Find her latest writing (and like their selfies) at @TheAutumnWright.