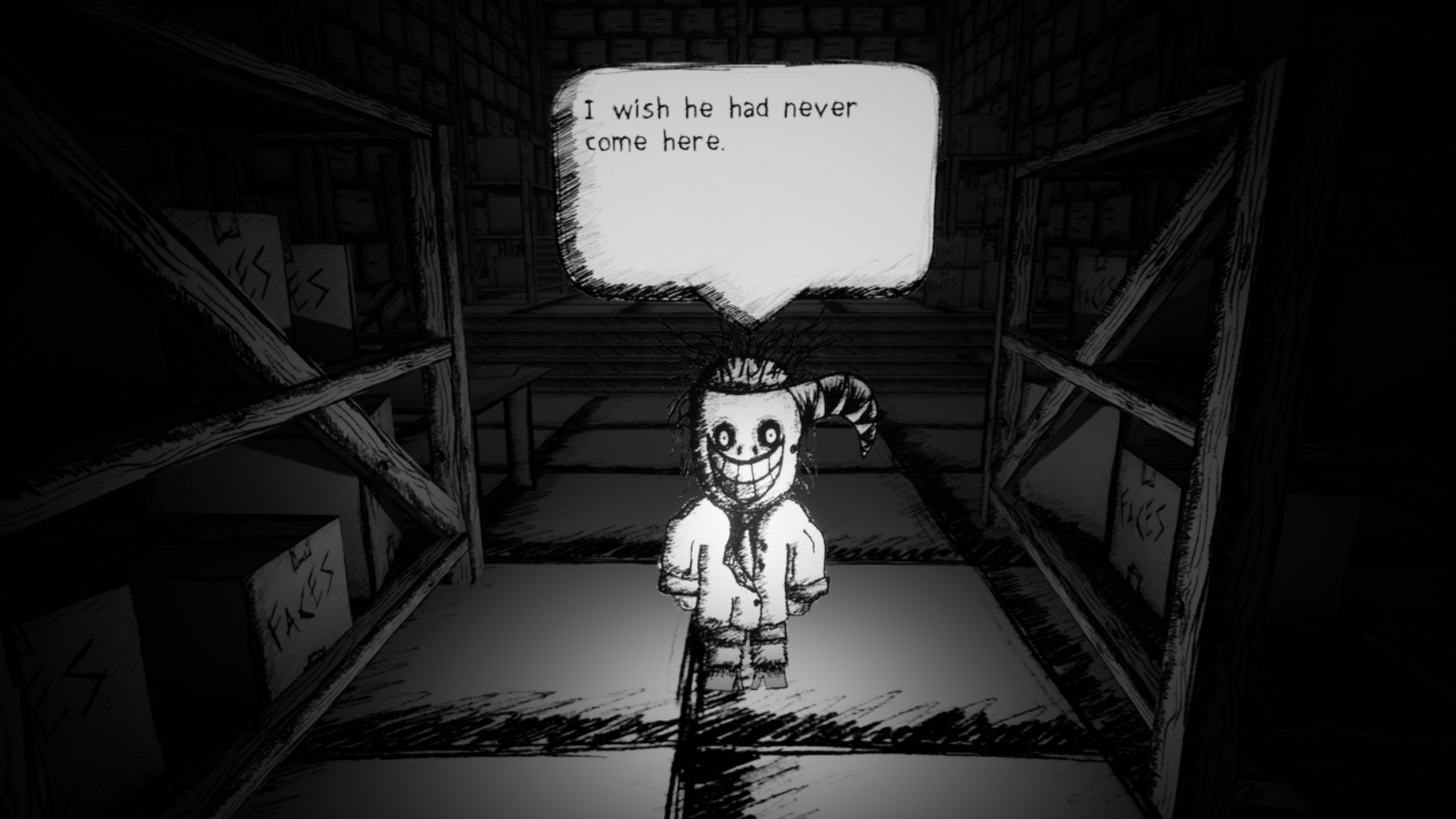 My Beautiful Paper Smile is a psychological horror game about a child raised in some sort of shadowy facility, forced to wear a paper smile forever. It definitely delivers on the scares – the first one coming immediately if you attempt to take your mask off – but the gameplay is a little rough around the edges. If you’re looking for haunting, atmospheric storytelling with just a sprinkling of gameplay, My Beautiful Paper Smile has what you need. If you want a deeper experience though, you might find it wanting.

The game takes place both inside and outside of the facility, but there’s an eerie feeling to every second of the game. Like all good horrors, the tension peaks and troughs throughout, yet always seems to be rising. The unsettling aesthetic of the scribbled paper helped capture this feeling of unease, as did the Rice Krispie crunch of every footstep. The first chapter feels like a Saw Dungeon Crawler, with each corridor changing shape every time you return to it. The enemies clearly all share a gothic pagan stylist too, with long robes, spidery limbs, horns, and covered faces featuring in spades, too. 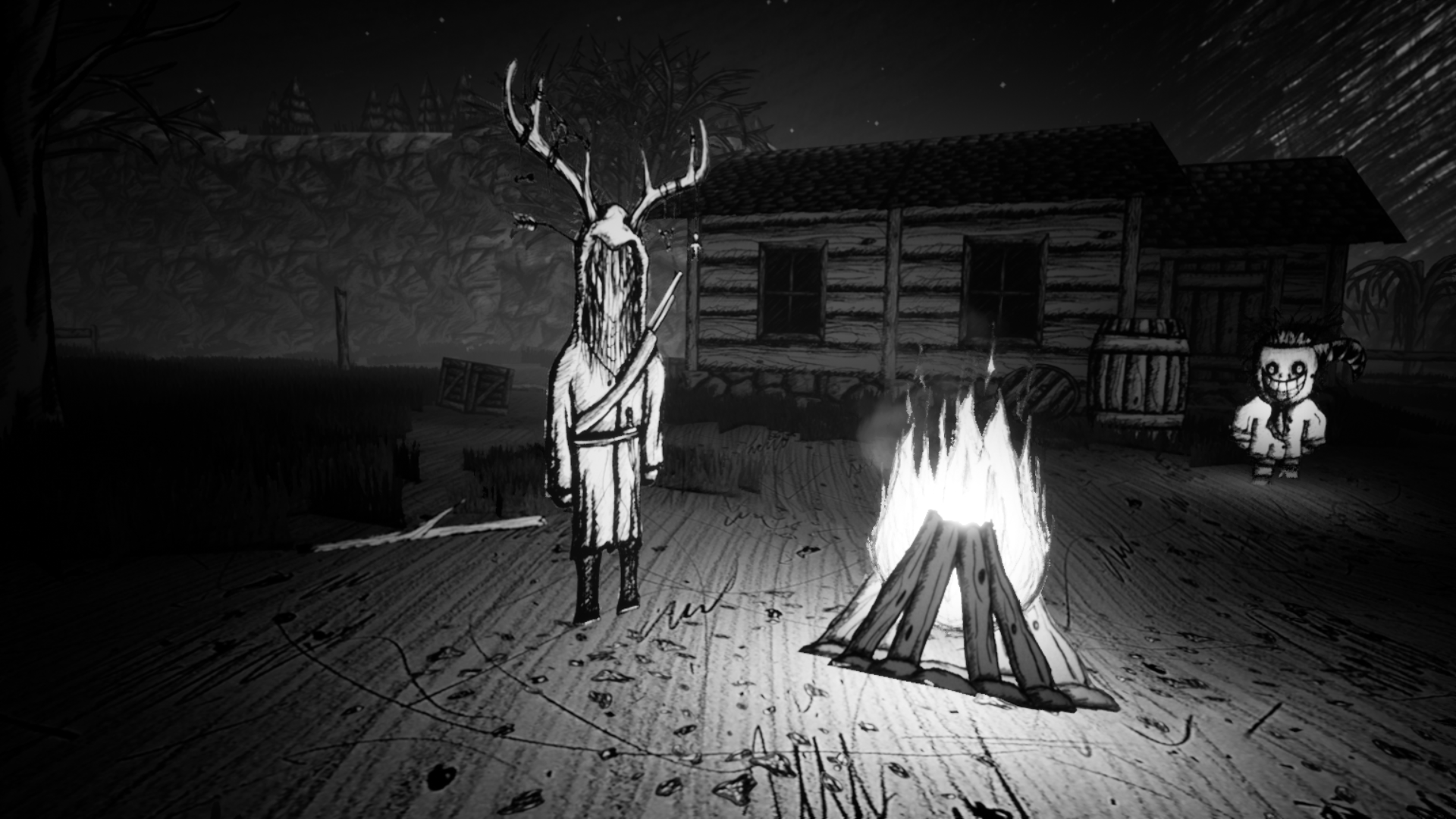 Unfortunately, these frightening foundations aren’t backed up enough by the gameplay, which frustrates you as much as it terrifies. There are some genuinely great moments – like when the first real enemy chases you down and forces you into a zig-zag dash for the door – but most enemy encounters are ideas which are only good on paper, badumdum tish.

There’s zero instruction for any battles, and while some are pretty intuitive – attack the boss when his leg gets stuck – others are strangely complex, in a way which is thoroughly unsatisfying to crack. There’s a point when you must trap an enemy by placing masks on mannequins. Said masks are only in a handful of boxes, some distance from the mannequins, and you need a perfect route to get there in time. Then, once you’ve done that, you die anyway, because you’re in fact supposed to linger nearby and click the enemy three times in a row, even though waiting around cuts down on your time to set the next mask up. 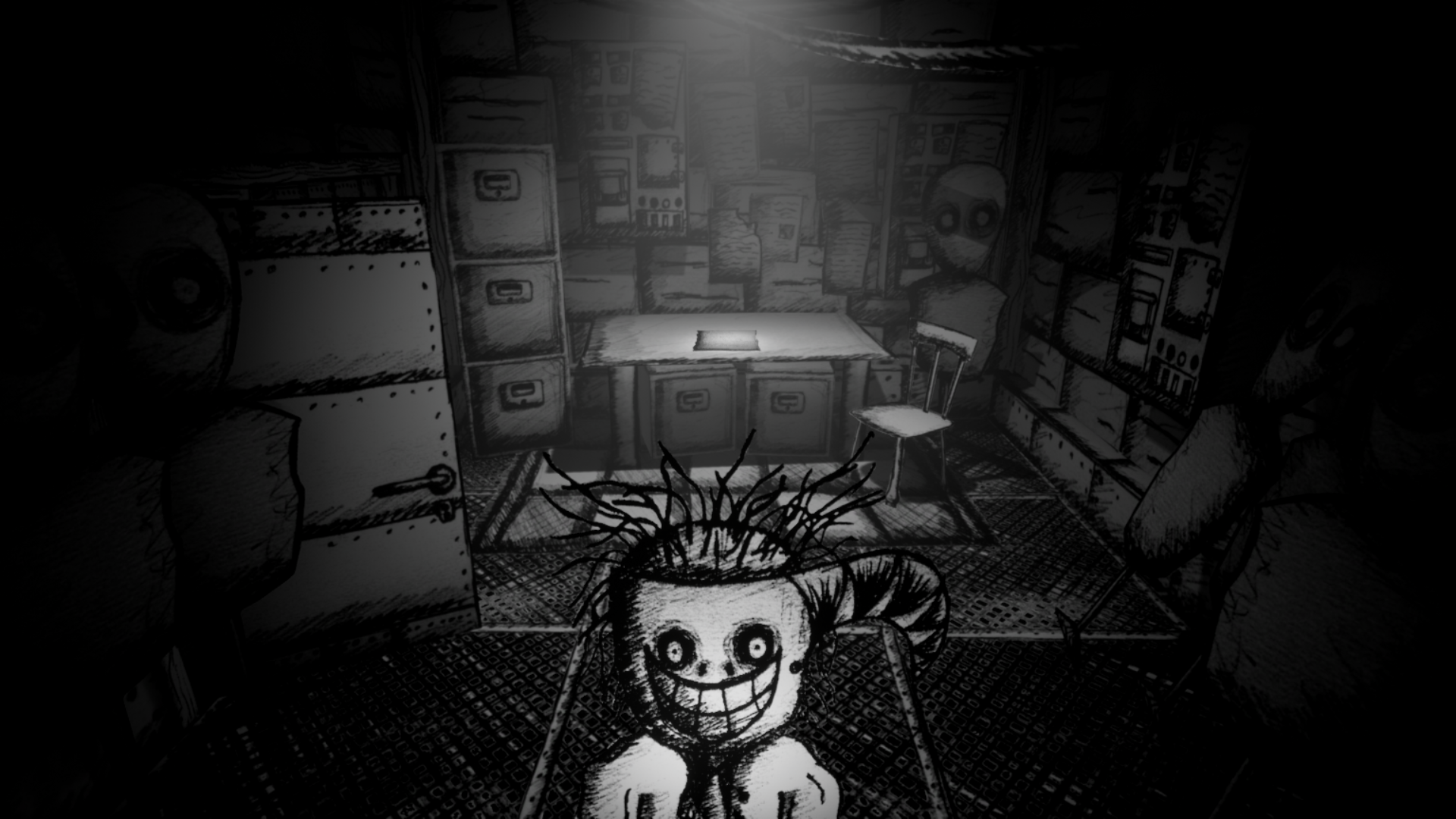 Other times they chase you, and you’re never sure if you’re supposed to stand and fight, keep running and bash off any attack, or simply try and outrun them. I defeated them, and I’m still not sure.

The only way to have it explained is if you die a few times, and even then it’s just helpful hints. Considering it’s impossible to know what you’re supposed to do at times, having the explanation be on the death screen is a deflating way to break the fourth wall. 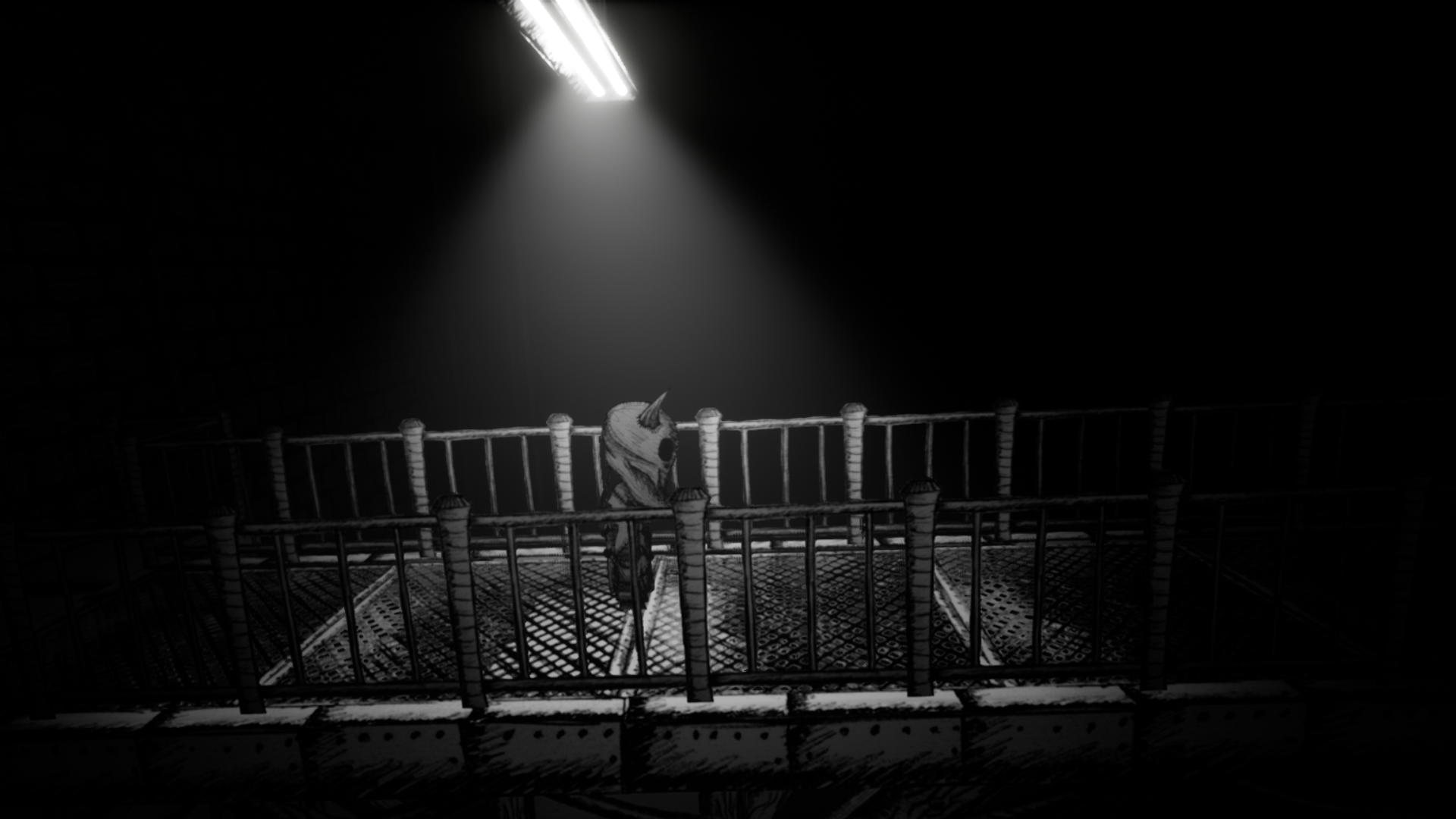 Maybe these are all supposed to frustrate you though, to capture the feeling of helplessness your character suffers with as he navigates the world, you might argue. That’s a generous interpretation at best, and it doesn’t allow for all of the other moments within the game. The gates and fences look incredibly similar, so there are times when you feel trapped, but actually, you need to click on a specific, almost unmarked, fence post. Another time you’re told you go to sleep, and after much wandering around searching for a bed, I discovered you were instead supposed to click on the campfire. Important objects like keys and weapons aren’t always very visible when everything is made of paper either.

As a story, My Beautiful Paper Smile is an 8, maybe even a 9 out of 10, especially if you’re patient enough to put up with a tale which is mostly revealed and cliffhangers disguised as a moving plot. But there are long stretches where the story takes a back seat for you to wander, and while the aesthetic is good, the game isn’t open-world and looking the part isn’t enough to carry it. My Beautiful Paper Smile is an ideal Let’s Play game, in that it’s probably much more fun watching someone else play than it is to do it yourself. One for the horror enthusiasts, but I don’t see it reaching across the aisles.

Supermarket Shriek Will Have You Screaming For Fun

D3 Is Coming To Change Our World Tomorrow

Hellpoint Is Dark Souls In Space And Out Soon