Taking down the imperium step by step 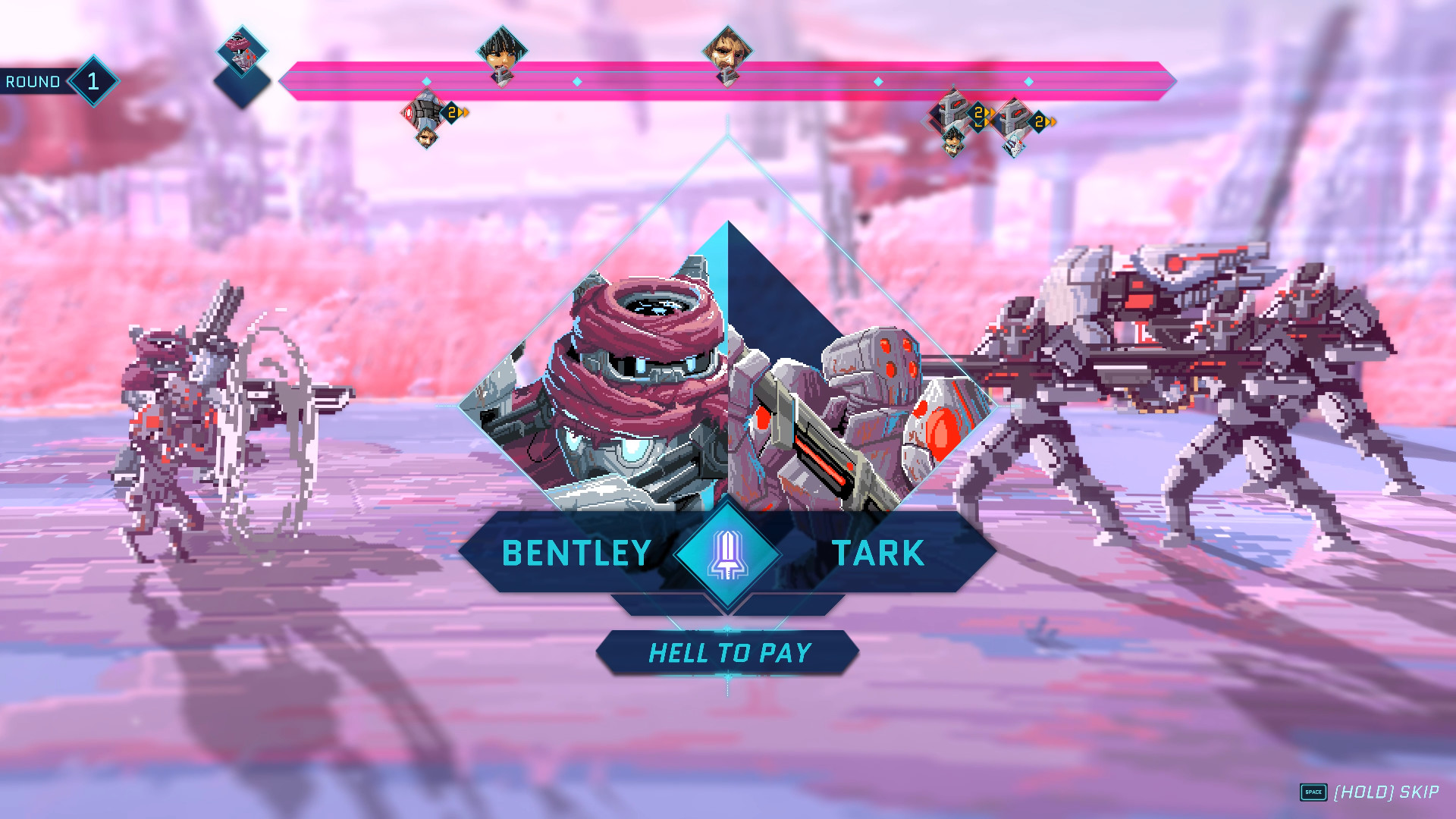 There’s an interesting strategy RPG to be found within Star Renegades by Massive Damage Inc. It’s a tough game though, so you’re going to need some Star Renegades tips and tricks to help out. Having launched on PC two months ago but arriving on consoles this week, it’s become the latest title to incorporate roguelite mechanics into another genre, and this one is taking us on an interplanetary adventure. Finding your fleet destroyed, it follows the stories of Wynn Syphex and J5T-1N, as you attempt to save this world from a mechanical menace known only as the Imperium.

Travelling across four different locations to fight back and save humanity, it offers some significant combat depth, but with the sheer amount of mechanics to consider, this can be a lot to take in at first. Permadeath factors in, so you’ll need to be on top of your game to keep this squad alive. It only takes one unfortunate encounter, and suddenly, you’re back to square one again, starting off in Menku. 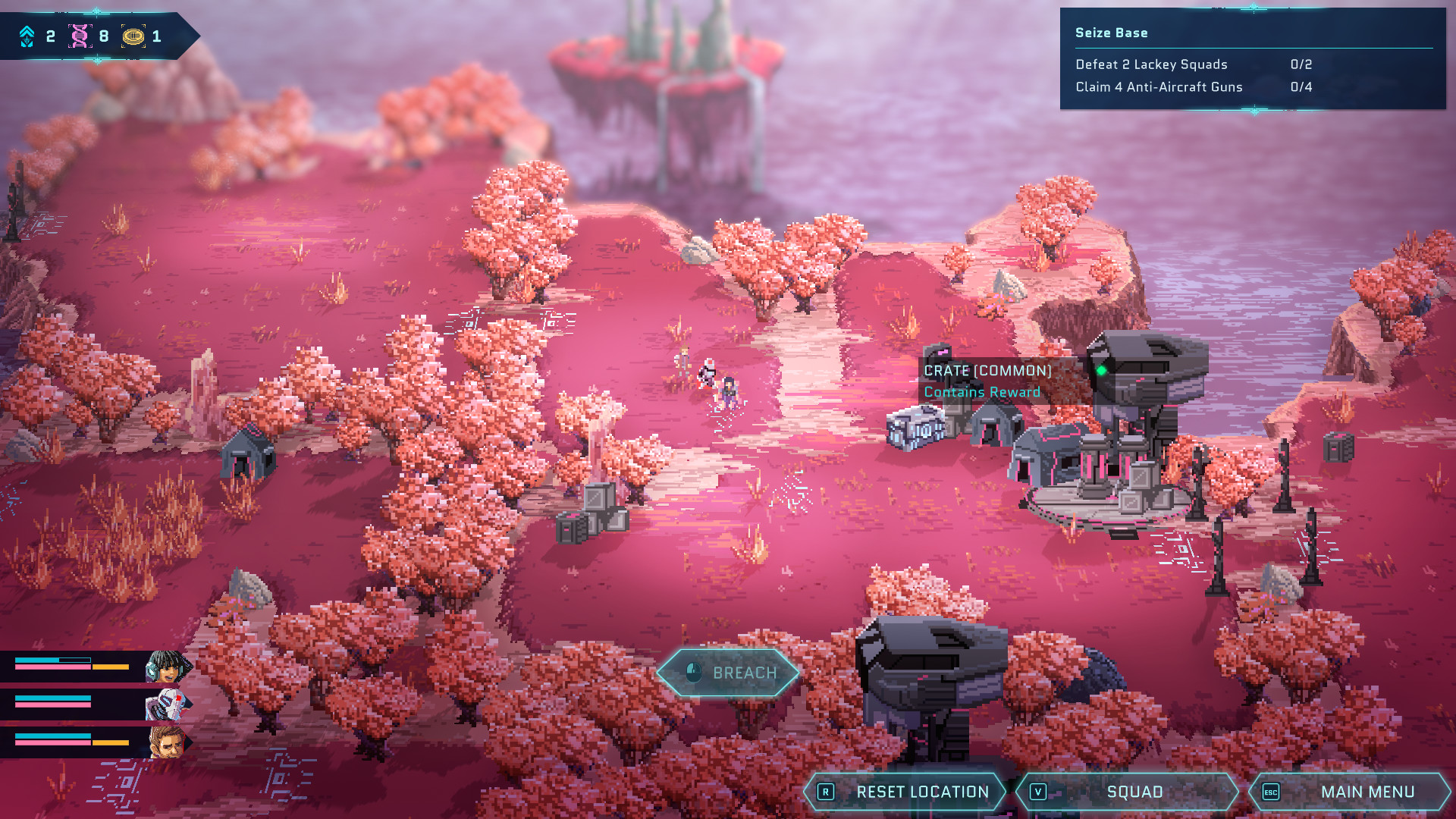 It’s undeniably frustrating after making significant progress, so tactical thinking will be key to survival. If you’re looking to make your journey as easy as possible, here’s our five Star Renegades tips and tricks we recommend you keep in mind.

Analyse your opponents before fighting

You’ll fight the Imperium alongside a number of allied units, each holding a specific set of actions and those attacks inflict different damage types. Ranging from light, normal, heavy, flurry, AoE, counter and combos, there’s significant variety in how you can approach combat, but one thing you should always do is scan opponents for weaknesses.

This might seem like an obvious one, but there’s a couple of factors worth considering. Even if you’ve not encountered that type of foe before, you’ll be granted full analysis on specific weakness, resistances and immunities, so take full advantage of this scanner for extra damage. Better yet, you don’t need to activate a special move in order to analyse, its available at any given opportunity.

Make Full Use Of Camping

When you finish a mission’s adversary, you can go camping at a base before returning home, and this offers multiple benefits. As opposed to simply letting them rest, it also allows them to gain affection for each other, forging bonds that can eventually unlock new Combo attacks, new abilities. If it goes far enough, you can even get new “Progeny” heroes.

Every hero in your team can obtain a set of camping cards from fights, and these allow you to grant special status effects, regain health, repair your armour and increase affection between heroes. They cost action points to use, and those are limited, so use them wisely. Once expended, your team goes to sleep.

Attacks Can Be Chained Via Stagger

Since the combat system utilises a set timeline for actions in each round, staggering is an important ability to keep in mind. Upon exploiting type weaknesses as mentioned above, players can land critical hits on your opponents, which delay their turn. Every round lasts 60 seconds, and if you push their action time past a minute, it inflicts a break, meaning they won’t move at all.

However, there is a stagger limit in place to avoid this being exploited, and that’s viewable next to their enemy portrait. As such, you can’t rely on this alone as they’ll eventually become immune. Once your targeted foe commits new actions though, that stagger limit will increase once more.

Build Up Your Fury Meter

There are numerous benefits to creating crits, not least the stagger ability or inflicting status effects upon foes, but landing these and breaks also generate “Fury” points. Giving you 1 point for crits and 3 for breaks, building this up allows you to execute special attacks or Combo manoeuvres if they’re unlocked, which deal a much more devastating impact than regular moves.

It should be specified however that these attacks can only be used once per combat session, and it’s only available if characters have a strong relationship with each other, so keep that in mind and ensure your time is spent wisely within camps.

Regardless of which side they’re on, each unit has three crucial stats to keep in consideration: health, armour and shields. You’ll want to ensure that shields are kept charged up where possible, acting as your first line of defence. Upon being broken, armour will be damaged next, and if that falls, all that’s protecting your units is their health.

Should that also fail, your character is permanently dead. Worse still, armour and health don’t regenerate once combat is finished unlike shields, but some characters can restore shield energy as a combat action. Make good use of this where possible, as it means your team could live to see another day.