Without a doubt, Among Us popularized the genre of “social deduction games”, at least in the digital realm. These are experiences in which you and a bunch of friends or randoms need to discover some ongoing “mystery” regarding at least one of the players.

Secret alliances, betrayals and outstanding lying abilities are some of the common things you’ll face while playing these titles. However, for those who feel too much anxiety while playing InnerSloth’s creation or simply don’t like lying mostly with verbal communication, GrosChevaux’s Unspottable might be a better choice.

Originally released on PC last year and now coming to Microsoft’s consoles and Nintendo Switch, Unspottable’s idea is simple: hit the other players before they hit you.

The thing is, everyone is disguised as a humanoid or a robot that looks and moves exactly like everyone else, inside levels crowded with dozens of AI-controlled characters. Even when you start a match, you’ll need a few seconds just to discover where your character is standing without giving away your position to everyone else. For example, being the only humanoid who’s running about won’t end well.

Beware who you punch 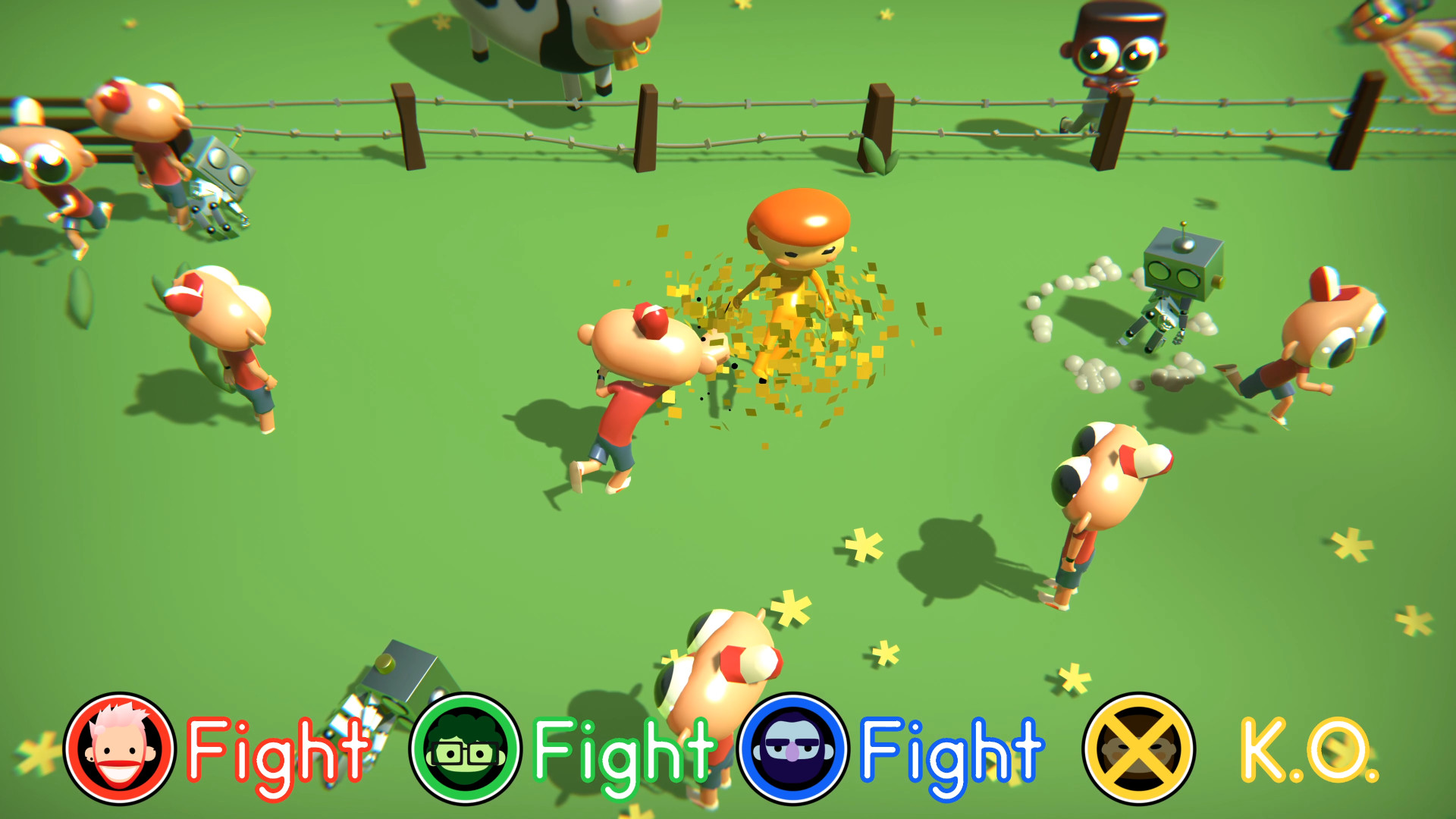 After these initial moments, the real challenge begins. With only one life, you need to be extra cautious finding out where your rivals are hiding. Furthermore, each punch you throw will leave you exposed, so you need to make them count.

If you just make a mistake or feel that your life’s in danger, you can create a “distraction”, a move that will make the camera focus in a particular corner of the map, allowing everybody to move blindly for a couple of seconds. You have to be wise, though, because you can use this move only twice per match and then you’re out of tricks. 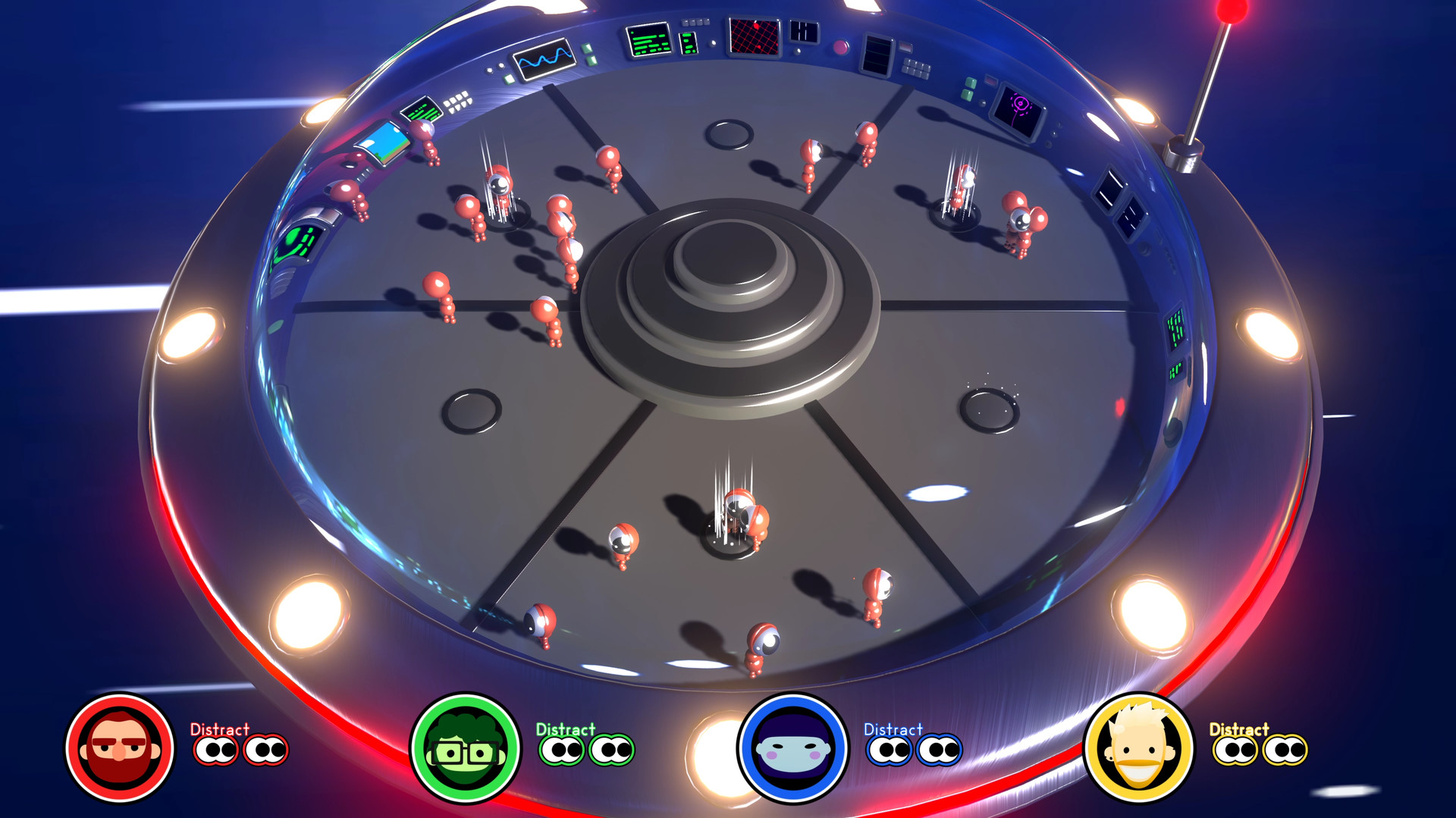 There are twelve different arenas to select from. Fortunately, each one of them not only has different aesthetics and scenery but also specific gimmicks and gameplay mechanics. For instance, at the Sushi Bar, you have an optional objective of collecting four particular dishes. With these in hand, the doors of the restaurant will open, allowing you to escape and win automatically.

At the Arena, another level, every character on screen will hit another one from time to time. This means that even an AI robot could punch you and give you an unexpected loss. While hitting other players earns you one point, doing extra objectives will give you two or more, so that’s important to keep in mind. The player that wins is the one that reaches the score limit first, and you get to set that yourself to keep things fun.

Something that Unspottable does remarkably well is being straightforward and easy to jump in for any kind of player. There are no complicated button inputs to learn or labyrinthine levels to memorize. I’ve played most of my hours with my parents, people who normally don’t play any video games in their regular life, and we had a blast. With only a few matches, we quickly got the hang of it and started kicking each other’s butt. The title’s formula works as long as there are at least three real players – our one to one battles ended way too fast – and the variety of stages allows it to stay fresh for hours.

Wait, no online? For real?! 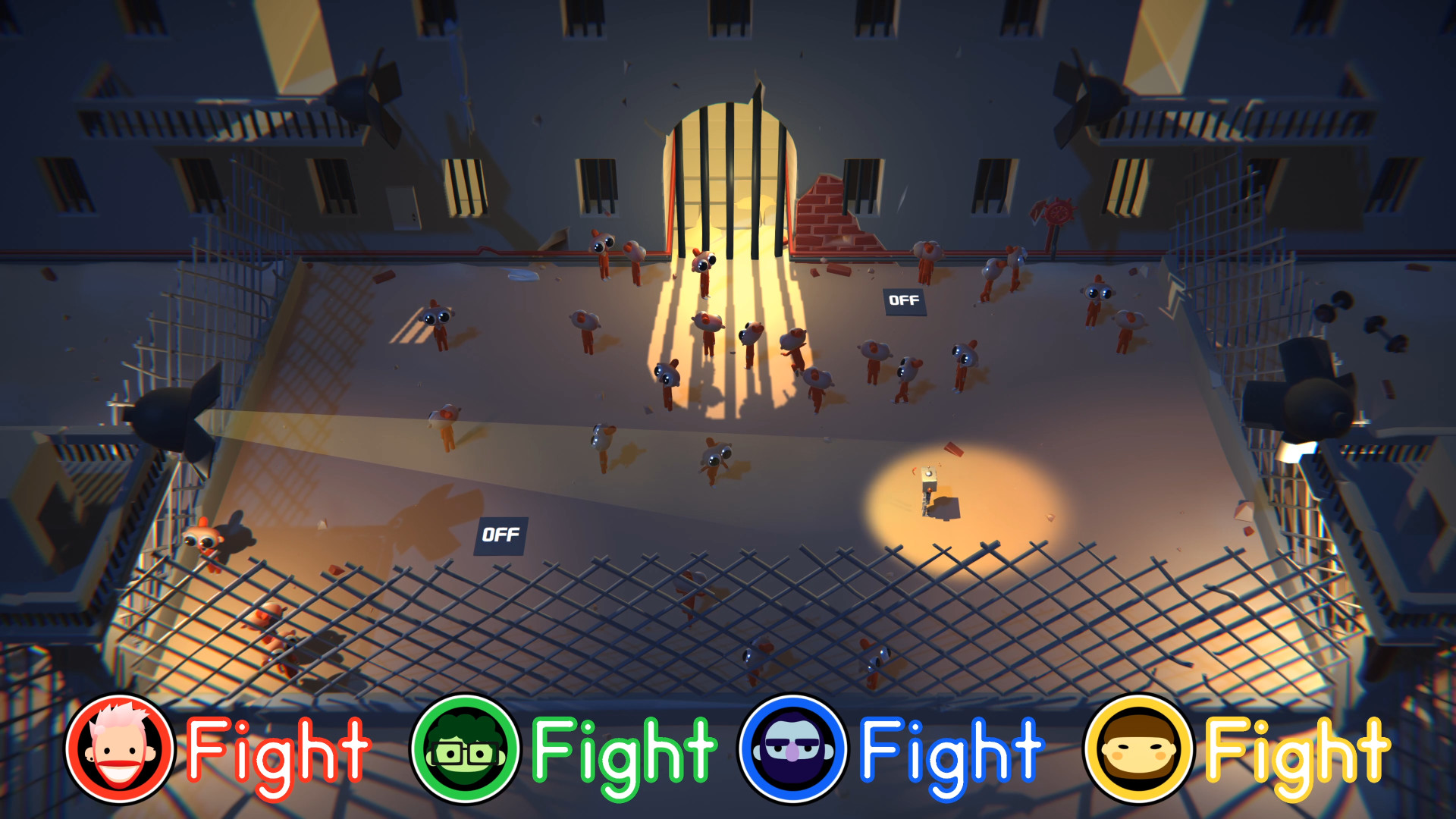 There’s only one big “but” with Unspottable, and it has to do with its lack of connectivity options. This is noted from the very beginning: every description of the game starts with “Unspottable is a competitive couch party game”, meaning that this is an offline-only experience. Also, you need a minimum of two players and a maximum of four to be able to actually play the game. Although it’s understandable that this might be a personal decision from the devs or even the lack of resources and/or time, it still feels like a missed opportunity. Sure, watching your partner’s face in real-time as they fail time and time again is invaluable, but when you consider that there are lots of cities going through Covid-19 restrictions, getting together in the same house is not really an option.

Apart from that, which isn’t a minor detail, there’s hardly any other negative aspect to point out about this experience. At first, I felt that the lack of customization options (you can only select the level and the number of points needed to win) was going to harm its long term appeal. But as hours went by, it was clear that the people at GrosChevaux really thought about the game’s formula and delivered a tight plan that isn’t going to get boring anytime soon.

Overall, Unspottable is a joyful experience to have with friends and relatives on the same screen – as long as you can – and throw one or two (digital) punches at them with no real-life consequences – unless they are sore losers.