Valheim may be in Steam Early Access, but this Viking survival game has drawn in millions of players since its release at the beginning of February. You can go solo or team up with friends, and the real draw is that you can play the game exactly how you want to. It’s surprising how much you can get done without ever going near most of the big bosses, but as there’s so much to learn, these Valheim tips and tricks will help set you on the right path. 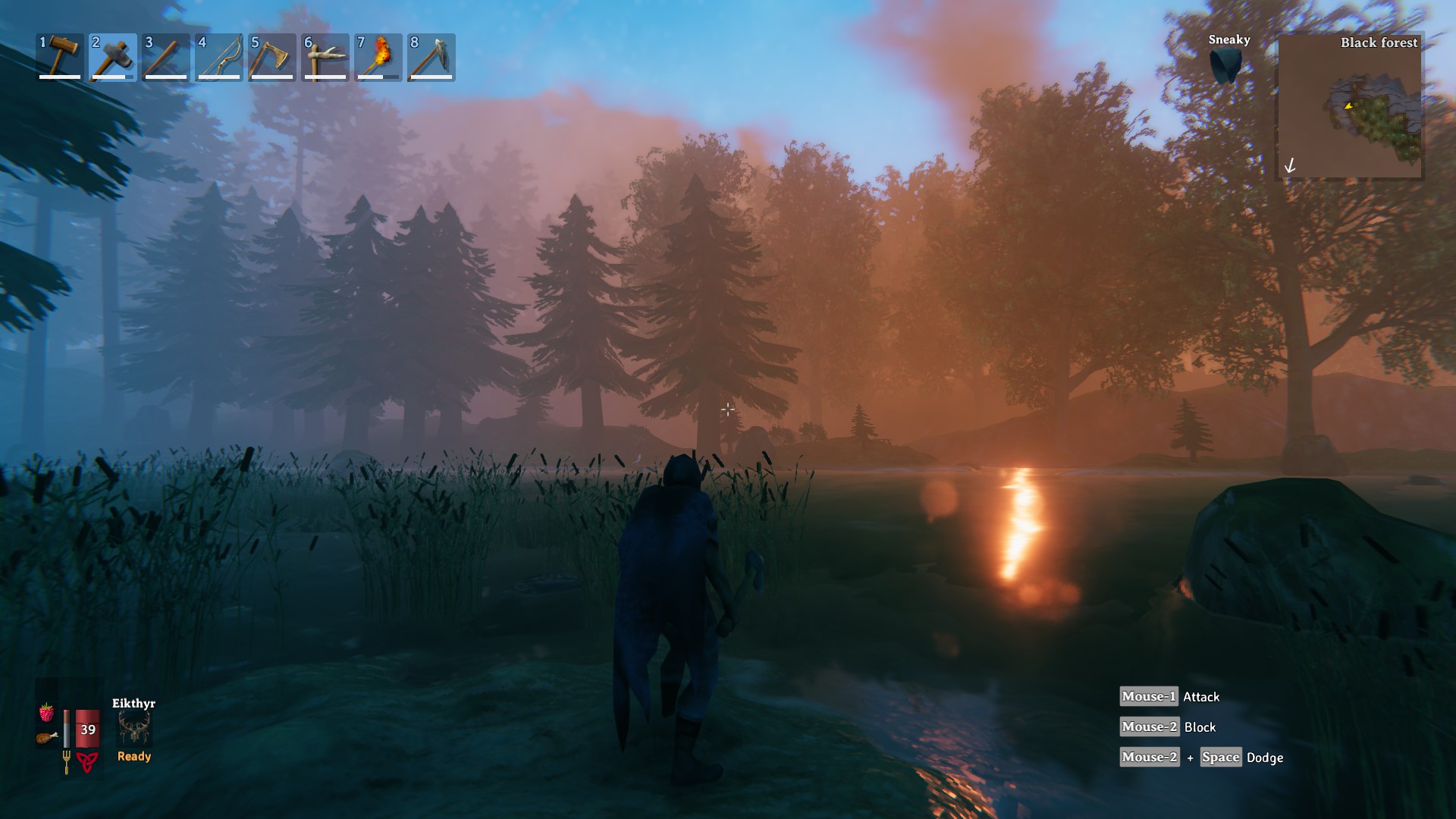 These Valheim tips and tricks aim to guide new Vikings just arriving in the afterlife. So if you’re a boss or two in, or you’re sitting in your luxurious mansion base, which you built over the course of several sleepless nights (ahem), this might not be the guide for you. Everyone else, read on to discover the basics of surviving in Valheim.

Increase your health and stamina

The first thing you should do is increase your health pool. Your base health is 25, but this can be increased – albeit temporarily – by eating food. There’s no danger of starving in Valheim, but you also don’t want a normal enemy to kill you in two hits. You can consume up to three different food types at one time, and what you eat will have an effect on both your maximum health and stamina. So it pays to keep several types of food with you when you’re out in the open.

If you’re familiar with survival games, you’ll know that it’s a bad idea to be out at night. While Valheim is a lot more forgiving than some, you’ll want to retreat to the safety of a shelter at nightfall when you’re just starting out. You’ll find plenty of branches and stones to gather, and you want to prioritise crafting a stone axe to start chopping down trees – this also doubles up as an adequate starting weapon. Once you can craft a hammer, you’ll have access to the crafting menu, which contains the workbench needed for building. If you don’t want to start building from scratch, you can search the Meadows biome for abandoned huts and villages and use those as a starting point.

One of the most useful weapons early on is the Crude Bow. It’s relatively simple to make and takes much of the risk away from taking on tougher enemies. It’s also invaluable for taking down deer, which you’ll need to do to summon the first boss Eikthyr. You’ll have to craft arrows too, but wooden arrows are fairly cheap to make until you can gather the materials needed for better arrows later on.

Kill the first boss to craft a pickaxe

If you want to mine stone and ore, you’re going to need something more sturdy than a stone or a flint axe. That’s where the first boss Eikthyr comes in. You’ll need two deer trophies to summon it, and he’s not too difficult to take down – just make sure you’ve got at least a couple of pieces of leather armour equipped, and be ready to dodge its lightning attacks. Once it’s been defeated, you can loot three hard antlers that can then be used to craft an Antler Pickaxe.

Don’t stress (too much) about dying

You’re probably going to die a lot, especially when you’re starting out and haven’t had the time or resources to craft any armour. It’s not just the enemies that have it in for you in Valheim – falling trees seem to be hell-bent on killing you out too. And whatever you do, don’t attempt to swim unless you are absolutely sure you can make it to land before your stamina runs out. This isn’t Dark Souls though – if you do die, you can retrieve your belongings from your corpse, even if you die again trying to reach it. Your stuff won’t disappear until you pick it up.

Sarah is a freelance writer. She spends far too much time playing World of Warcraft, has an obsession with Bloodborne, and aspires to one day play through the ending of Final Fantasy X without breaking down into a sobbing emotional wreck.