Bring a sharp sword, and an even sharper eye for a deal, to this shop manager meets dungeon crawler!

The Islands of Nucifera hang in the sky – what was supposed to be a gilded utopia is now a desolate land filled with monstrous creatures. In this shopkeep fantasy adventure, you’ll be setting up shop as Rosanna, a trainee mage and eager adventurer. After hearing word that her father set sail into the clouds in search of gold and treasure to pay his debts, Rosanna charters her own airship and takes to the skies.

Recently announced as a ‘fantasy shopkeep RPG’, Floating Islands of Nucifera looks to seamlessly combine a classic dungeon crawling RPG with the customisable experience of building up and managing your own business. However, it’s not all doom and gloom – the setting of Nucifera’s islands itself appears bright and vast, and rather than delve into its caves and ruins alone, Rosanna will be able to meet and recruit a wide variety of adventurers, creatures and even defeated monsters themselves to go loot hunting on her behalf. 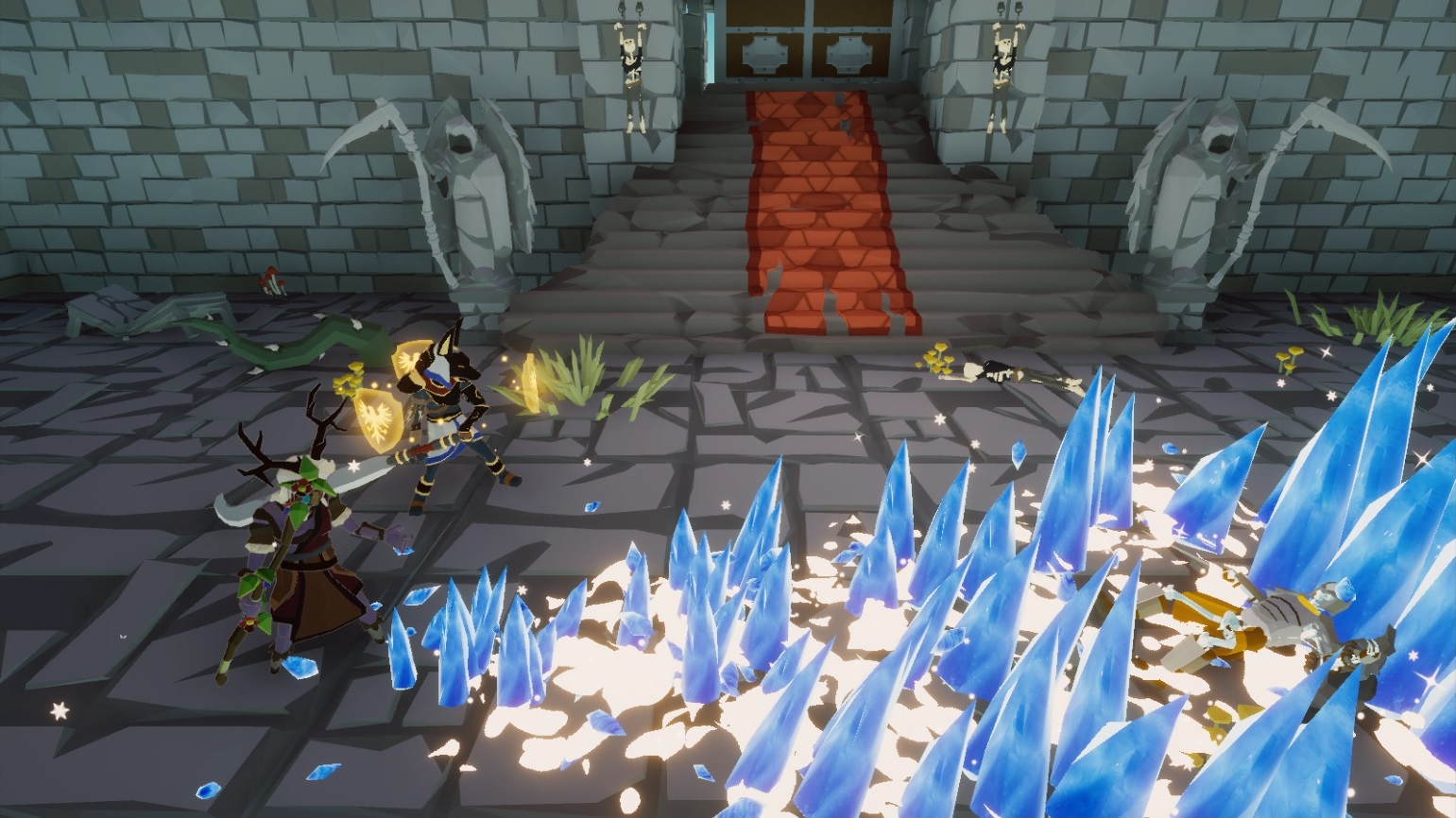 To keep your income flowing, you’ll have to delicately balance the ins and outs of shopkeeping with time spent exploring the islands’ hidden secrets.

No more cool-looking armour somehow disappearing when you defeat an enemy, instead you’ll be able to collect your spoils and set them up for display in your fully customisable workshop.

Merging the strategic management of your shop and the challenging combat of exploring Nucifera’s ruined dungeons, Floating Islands of Nucifera is an adventure open to all types of players. When asked about the motivation behind offering players multiple avenues of gameplay, developer Odooh Games said, “I believe games are at their best when they give their players freedom of choice.

Whether you’re in the mood for a calm journey into the skies, or you’re looking for a dynamic, loot seeking adventure, Floating Islands of Nucifera aims to scratch both itches

“When I can choose how I interact with NPCs, which of my gear I upgrade, how I upgrade those tools, and even where, when, and whether I fight – those are the kinds of games that really draw me in.”

As your business grows, you’ll help Rosanna reconnect with her lost father, and piece by piece rebuild Nucifera’s islands into a land that welcomes all new townsfolk looking to start a new life in the clouds. 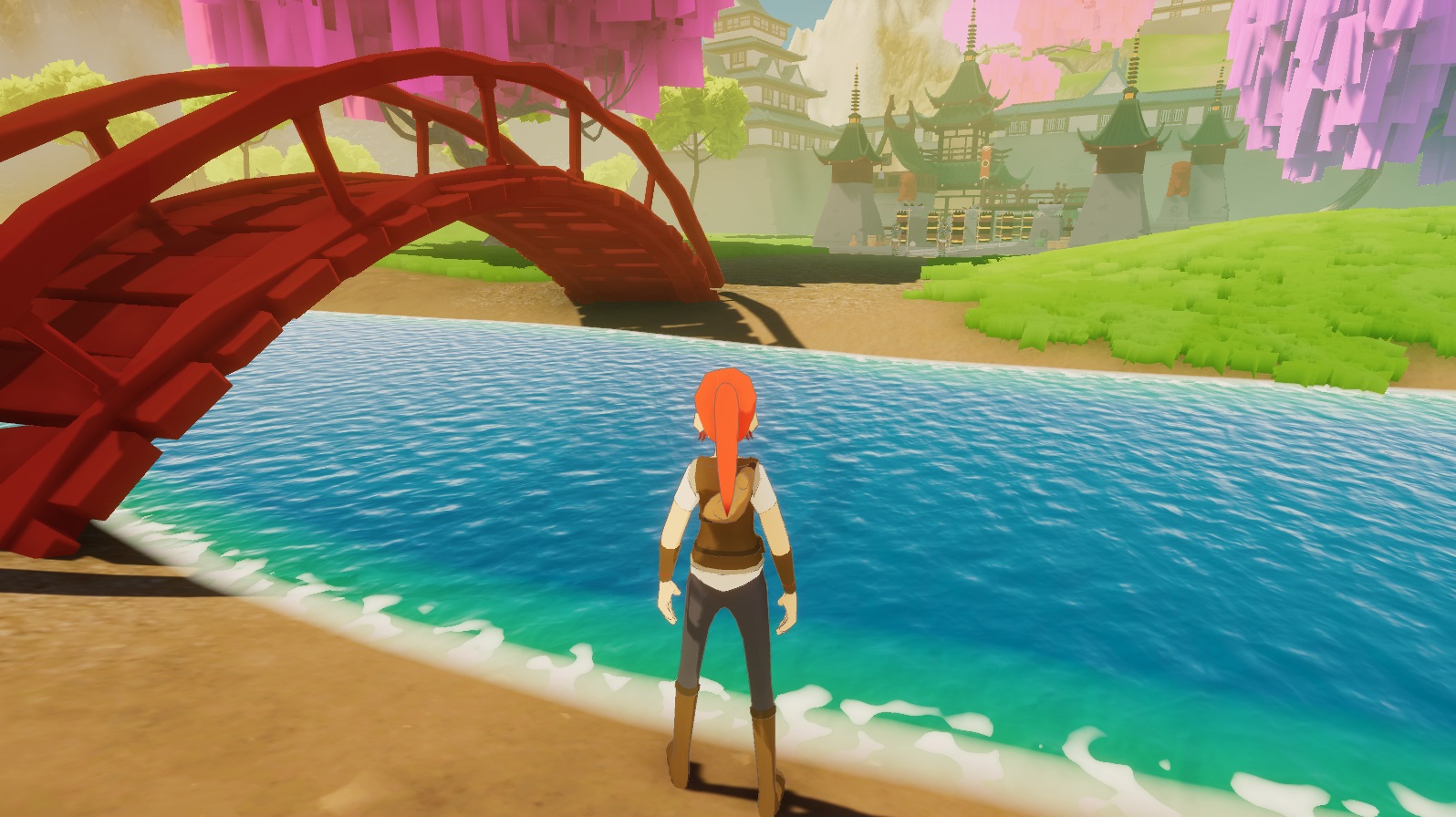 Whether you’re in the mood for a calm journey into the skies – designing, arranging and flipping the sign to open on your own workshop – or you’re looking for a dynamic, loot seeking adventure – Floating Islands of Nucifera aims to scratch both itches, offering players an open world where they decide the next quest.

Rebuild your family’s legacy, uncover the treasure of the skies and rid the islands of its monstrous inhabitants – phew, we’ll need time to prepare for an adventure of this size!

Floating Islands of Nucifera has currently been announced for PC, via Steam. You can wishlist it on Steam here.