In a sea of games that serve up visual panache and heart-racing action by the heaps, sometimes it’s nice to slow down and tuck in with one that pares these back. Taking inspiration from text-adventures of the past and visual novels of today, Gateway’s debut, Inkslinger, delivers a visual novella with a minimalistic flavor that comes into its own.

This is a text-heavy game, with the story told wholly through words, though you won’t be reading chunky walls of text. Using pithy and adroit prose layered with dark romantic undertones, the game packs a lot of subtext in its terse passages. Even with its brief one hour stint, it still crafted an intricate world with an intimate plot, layered with potent themes. Visuals are bare-bones, using 19th century style dithered images on a textured backdrop, as light leaks flicker across moodily, going from calm to vicious in sync with the story’s shifting beats.

You play as a 20-something unnamed Inkslinger behind a typewriter at Brassknee’s wordshop, churning out words in the form of letters, poems and speeches for the eccentric clientele of Isle Shammer. The game dives straight into client interactions without doled out tutorials, and it feels intuitive straight off the bat. Completing a request is a simple matter of typing the best word from a list that matches the client’s brief. Each word fills one paragraph, and most requests will have you choosing between three to four words to complete a composition.

To that extent, the game has you interacting entirely through your keyboard, which replicated the atmosphere of being in a wordshop really well. It’s not the key mashing affair I was hoping it to be―Inkslinger was introduced as a typing game after all―but it puts me in the shoes of an Inkslinger chained to their desks, giving words to others’ thoughts and feelings. The requests themselves aren’t particularly difficult to figure out either, and the story advances regardless of whether you get them right or wrong. Yet the inability to enlarge text-size is an unfortunate omission for such a text-heavy experience. 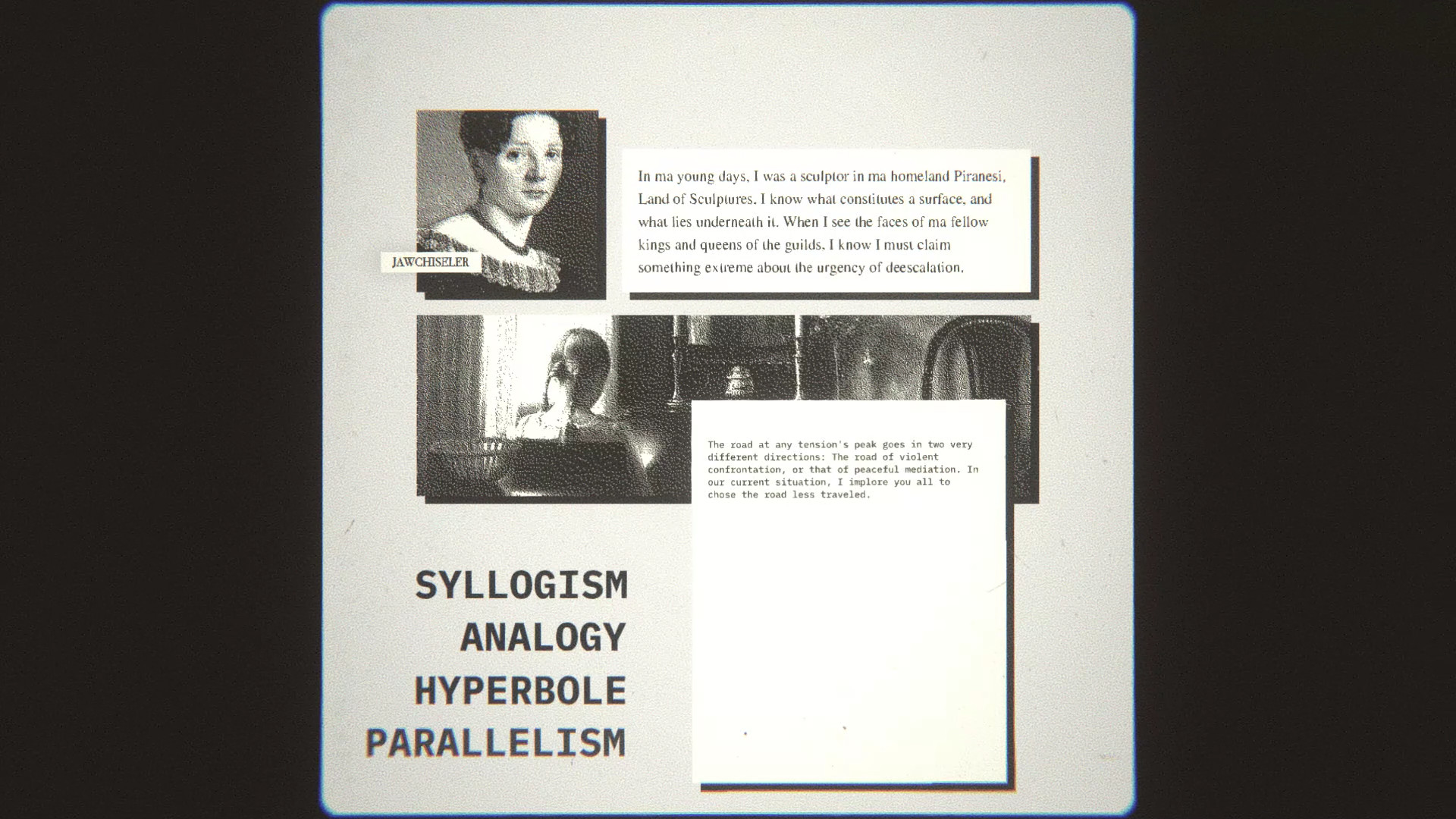 As residents of Isle Shammer filter in and out of the workshop, you’ll encounter a mishmash of colourful characters, their idle chatter giving us an honest glimpse into who they are. You’ll meet frustrated mothers urging their grown kids to reply to their letters, guild leaders wanting formal letters and speeches, a cointaker teasing the boy who taunted her at the market with a cheeky poem, and a teacher penning an elaborate interpretation of a three-year-old student’s painting, and more. Though these encounters are brief, the residents leave an impression on the Inkslinger, and through their brusque, small talk, you can piece together a rich history of Isle Shammer.

Get a client’s request right, and the screen flashes “Your Inkveins Thrive”, while fulfilling a request incorrectly prompts an “Your Inkveins Dry” screen. It’s unclear what Inkveins are, but their status is implied to be related to their ability to channel someone’s thoughts accurately. Ultimately, it won’t matter how many of these you get right, as they aren’t needed to advance the story with, since it follows a straightforward, linear plot. These only matter after the game’s conclusion, upon which you’ll unlock one of four endings. 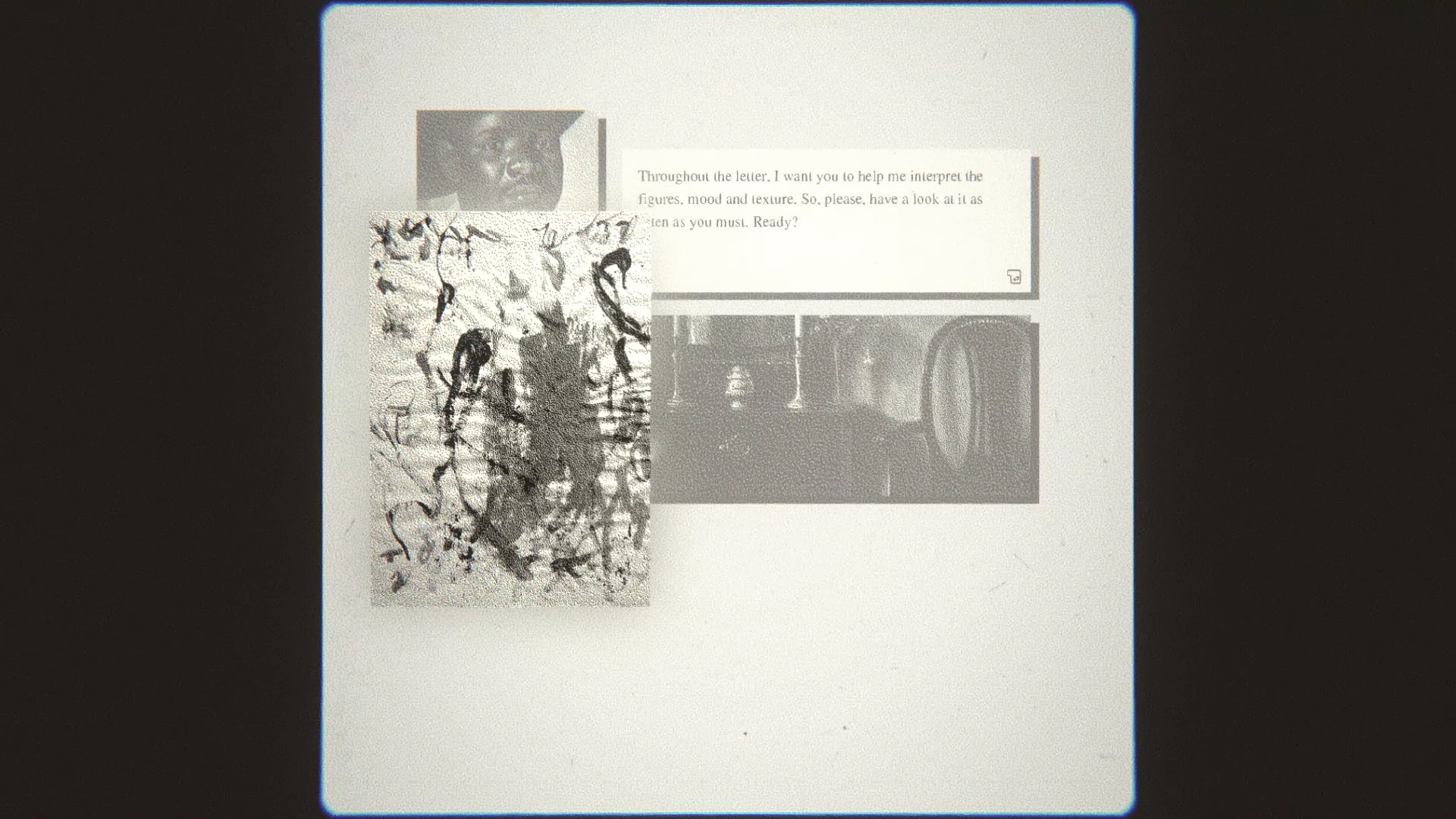 At the same time, these Inkveins are more than just intrinsic to the Inkslingers’ livelihood. The Inkslingers aren’t like the conventional scribes from fantasy books like Nepenthe from Alphabet of Thorn, or Sazed from the Mistborn series, obsessed with exploring foreign lands, preserving history, telling stories, while nurturing a hunger to learn and express themselves.

While they have an innate need to tell stories, this seems to be tied to their survival in a macabre sense. It’s implied that dried Inkveins cause Inkslingers to become rigid, eventually turning into lifeless shells. Thus it’s not enough for them to find someone’s story to pen; their tales also need to be penned in a particular way.

As such, Inkslingers don’t have the luxury of self-expression or the freedom to imbue their writings with personal flair. I found it particularly frustrating during an encounter with a resident, where I wanted to choose a rude option while penning an ode, instead of the other lukewarm options. I felt suffocated by the Inkslinger’s conditional existence. Imagine having this amazing ability to articulate and paint with words, only to find that it comes at a cost.

Each client also leaves closing remarks at the end of every request, ranging from happenings around Isle Shammer to reminiscing about their past in the neighboring Queendom of Nomania―this is where our unnamed Inkslinger comes from as well. Some dialogues will include a highlighted word, which prompts players to type them out and triggers a flashback sequence. These are partially narrated by a young boy, Yearnmore, who takes us through the Inkslinger’s troubled past in Nomania to her escape to Isle Shammer―one gorgeously written passage at a time.

As we learn more about the Inkslinger’s tragic past, we discover the series of events that caused her to flee from Nomania, and a glimpse into the country’s past. Events unfold in reverse chronological order, with each event peeling back just enough layers to answer some questions while still keeping me intrigued. Some even touch on more gruesome themes, namely rape and violence against children. The romantic tone of the writing, layered over such dark and cruel acts, hits especially hard, and is why the game’s minimalism, which is centered on its words, works so well. 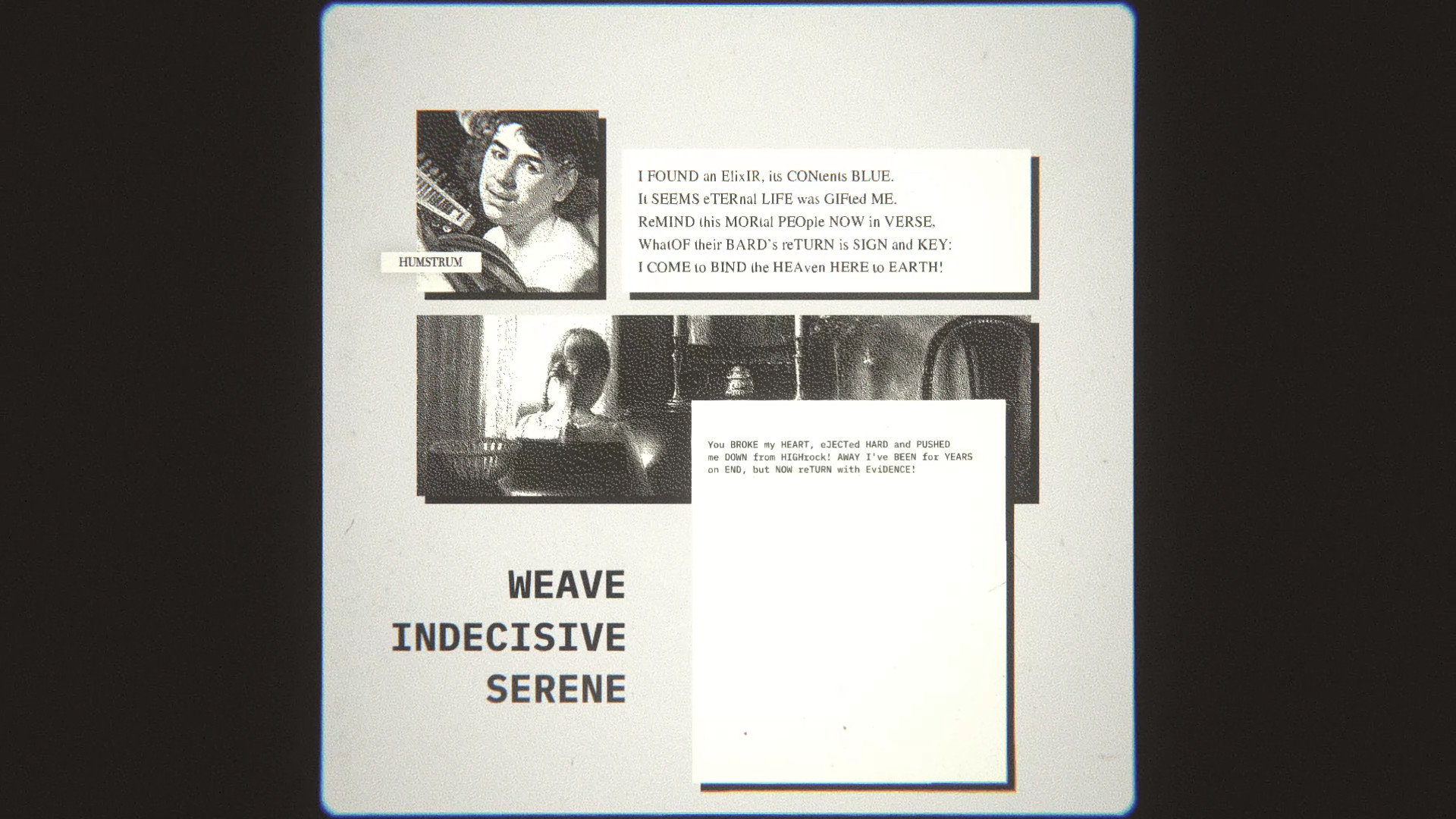 The game’s history is alluded to by the dialogue you have with the residents of Isle Shammer. Yet, it feels like too many threads were being unravelled without being explored thoroughly. What’s more is that the game’s painstaking efforts to paint an elaborate picture of its setting distracted from the Inkslinger herself. It left me with more questions than answers, and had me wondering if these ideas were too cumbersome for a one hour session.

However, in so many ways the tragic beauty of Inkslinger sticks with you after you’re done. The exquisite prose in each aspect of the game, from the letters you write to the dialogue, to the understated aesthetic and the slow lumbering soundtrack, culminates in a heart-rending finale that has you typing through a vivid incident, each keystroke stabbing like needles through my heart.

Inkslinger is a promising debut from the three man [update: now two] outfit at Gateway, showcasing their ability to weave in potent themes in a brief, intimate plot, making this a text-adventure that’s moody and evocative. There’s so much packed here, its short time serving as a brief, albeit tantalising glimpse into what this team is capable of.

Ammara doesn’t know what she wants to be when she grows up but video games seem cool. She loves story-driven experiences, strategy and puzzle games and hopes to one day not suck at first person shooter games.