Wales Interactive’s Maid of Sker is a horror game which splices together Welsh folkloric tales of the very real Sker House, telling a predictable haunted house romp through the fabricated Sker Hotel. You play as Thomas Evans, a personality-bereft composer and the lover of the Elisabeth Williams of Welsh legend (the titular ‘Maid of Sker’). He’s a cypher for the player to suffer through the trite first-person survival horror trappings, which fail to unnerve in a landscape where its contemporaries are works like the macabre gothic thrills of Resident Evil Village, or the pencil-etched folkloric horror of Mundaun.

After her uncle and father attempt to leverage the power of a singing entity found onboard a vessel, which is beached near the hotel in order to salvage their ailing business, Elisabeth sends Thomas a locket. She tells him to scribe and deliver a song, which will reverse the effects of the creature’s song her father used upon the hotel’s employees. BioShockian recordings of megalomaniac musings attempt to imbue this sub-Spencer Mansion complex with historical texture, but stilted voice performances and uneven dialogue, peppered with ham-fisted references to Greek myth, hamper this maudlin narrative.

Upon disembarking the train to Sker Hotel in the intro, I was struck by the time Maid of Sker took in easing the player into its world through daylight strolls through Welsh forestry, evoking Everybody’s Gone to the Rapture. I didn’t realise that section—the start of a psychological horror game, mind you—would be my most enjoyable spent with Maid of Sker. 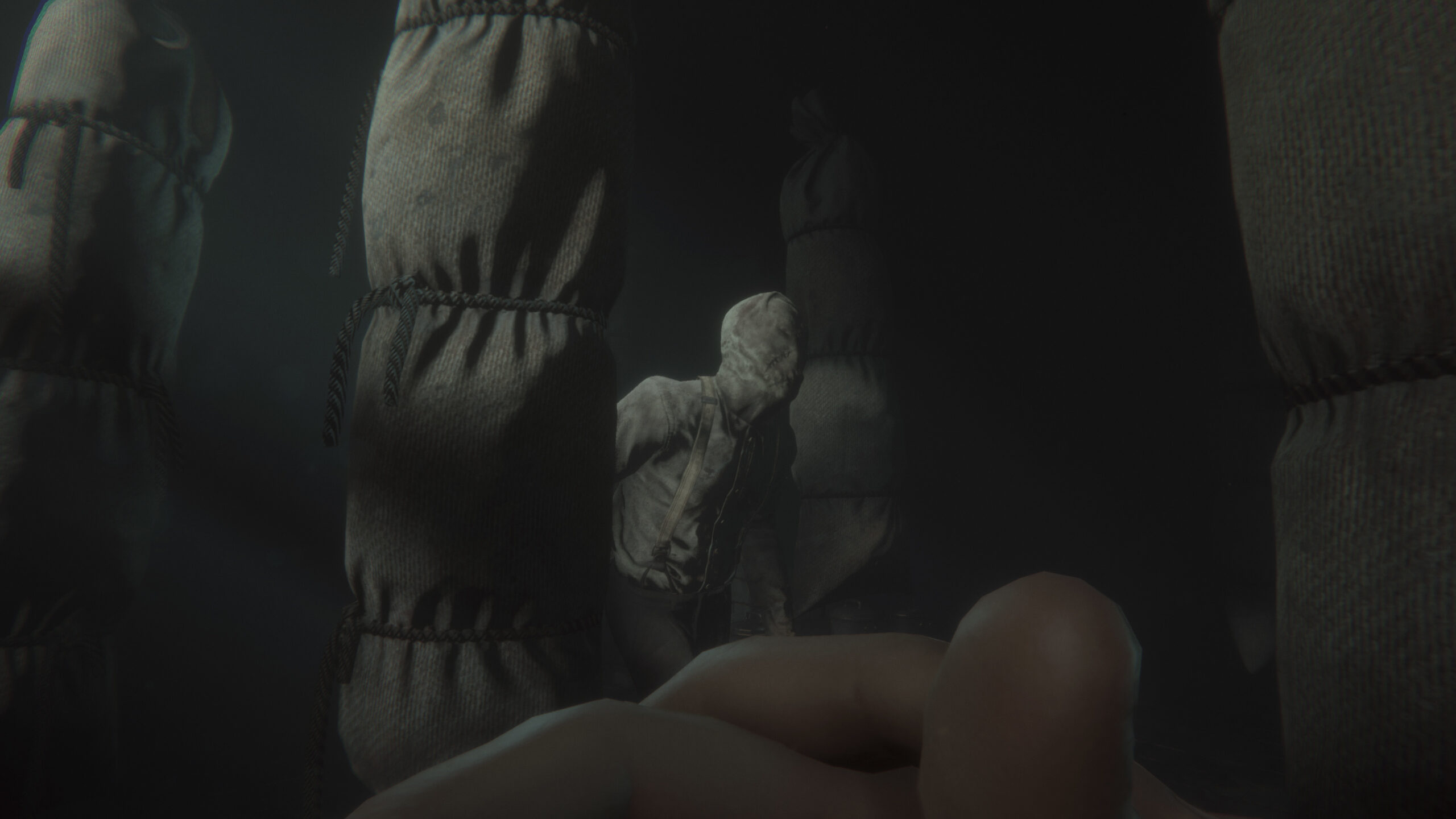 Once you enter the hotel, Elisabeth warns you over the phone of the presence of zombified—and blinded—staff members. Like Perception and Stifled before it, your enemies rely purely on sound to snuff you out, so you’ll have to crouch walk while holding your breath to avoid their attention.

Setting aside your love interest constantly ringing you to chat next door to aurally-enhanced monster-people making zero sense, there’s just not much to get excited about. Since running attracts unwanted company, you’re constantly forced to either crawl or walk—practically interchangeable, as Thomas walks slower than most geriatrics I know—through an interweaving network of identical corridors. Neither the humanoid enemies wrapped in bandages nor their behaviors stifled my boredom as I combed the premises of Sker Hotel in search of a way forward. Some doors require a key, so go find the key; some are locked from the other side, so find another way around. If you’ve played a survival horror game in the vein of Resident Evil or Silent Hill, you’ll know what to expect here.

Once in a blue moon, Maid of Sker will try to liven things up with admittedly decent puzzles, but the bulk of your mercifully short four hours with the game will involve holding your breath while waiting for the paltry variety of enemy designs to circumnavigate you. Thomas coughs like a chain smoker when faced with the horrors of minorly-adverse air quality, so you must also cover your mouth to avoid attention. Worse yet, you’re a sitting duck while doing so, since apparently able-bodied people in life-or-death situations couldn’t possibly hold their breath while opening doors or running a few feet. 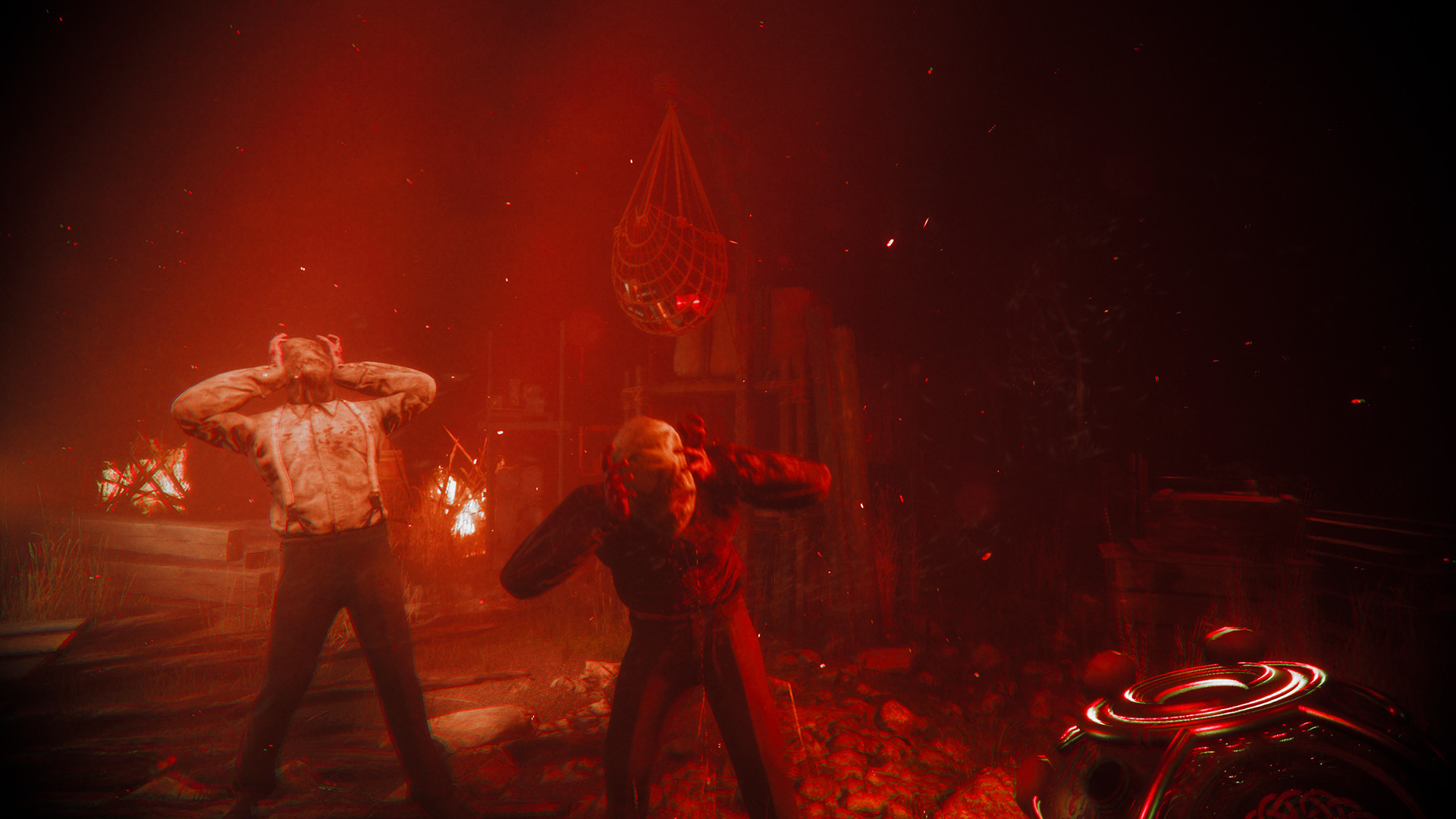 Hope you’ve got a magnifying glass lying around, as when inevitably you’re turned around in the hunt for unexplored locations, you’ll need to pull up your happy meal-sized map screen and pixel-hunt for the tiny arrow denoting the player’s location. The map puzzlingly likes to depict areas you can’t actually go to, meaning you’ll waste time trudging your way somewhere only to find a dead end. It does an okay job marking undiscovered secrets in previously-explored rooms and the right keys to doors, but it’s not nearly as thorough as the cartographical minutia of the modern Resident Evil’s; not that there’s all that much to be found here.

When you do get caught by an enemy, Maid of Sker transitions from tedious drudgery to maddening inanity. Your best course of action is usually to run away and cover your mouth while an enemy changes state from agitated to searching. But as the number of enemies in a given encounter grows in the later stages of the game, this can create a domino effect of others hearing your sprints and giving chase.

This sort of escalating tension sounds great on paper; it’s the stuff survival horror is made of. But since the game offers the player no offensive recourse, these scenarios are typically a death sentence. You save exclusively at predefined safe rooms, meaning if you make considerable progress but forget to save, you’ll have to make up a ton of work. This can sting in more traditional, combat-oriented survival horror games. But there, the player has an opportunity to optimise their run, thereby conserving precious resources like ammunition and health pickups.

While there are health pickups to be found in Maid of Sker, replaying sections you’ve already done otherwise feels like a waste of time not only because you’re now revisiting known locations, but also because there’s so little to think through. Regardless of whether you’d done a section right the first or fourth time, your yield and thought process will be identical.

At one point I’d done a lengthy stretch without saving, then failed a bit where you’re to quickly solve a puzzle or die trying. I had to redo that entire bit, but ran into a bug where I couldn’t trigger the animation to push aside a wooden stave blocking a hallway… so I had to purposefully die and redo that entire section again just to make up progress. I wasn’t scared nor the least bit tense. Instead, I walked away frustrated, lamenting the time that could have been.

Those who’ve played Maid of Sker may notice I’ve yet to mention the Phonic Modulator, a resource-limited sound bomb you get about an hour and half in. With it, you can stun enemies in their tracks while in a pinch. It sounds like it would be the solution to many design elements plaguing the game, but in practice ended up becoming yet another source of frustration. 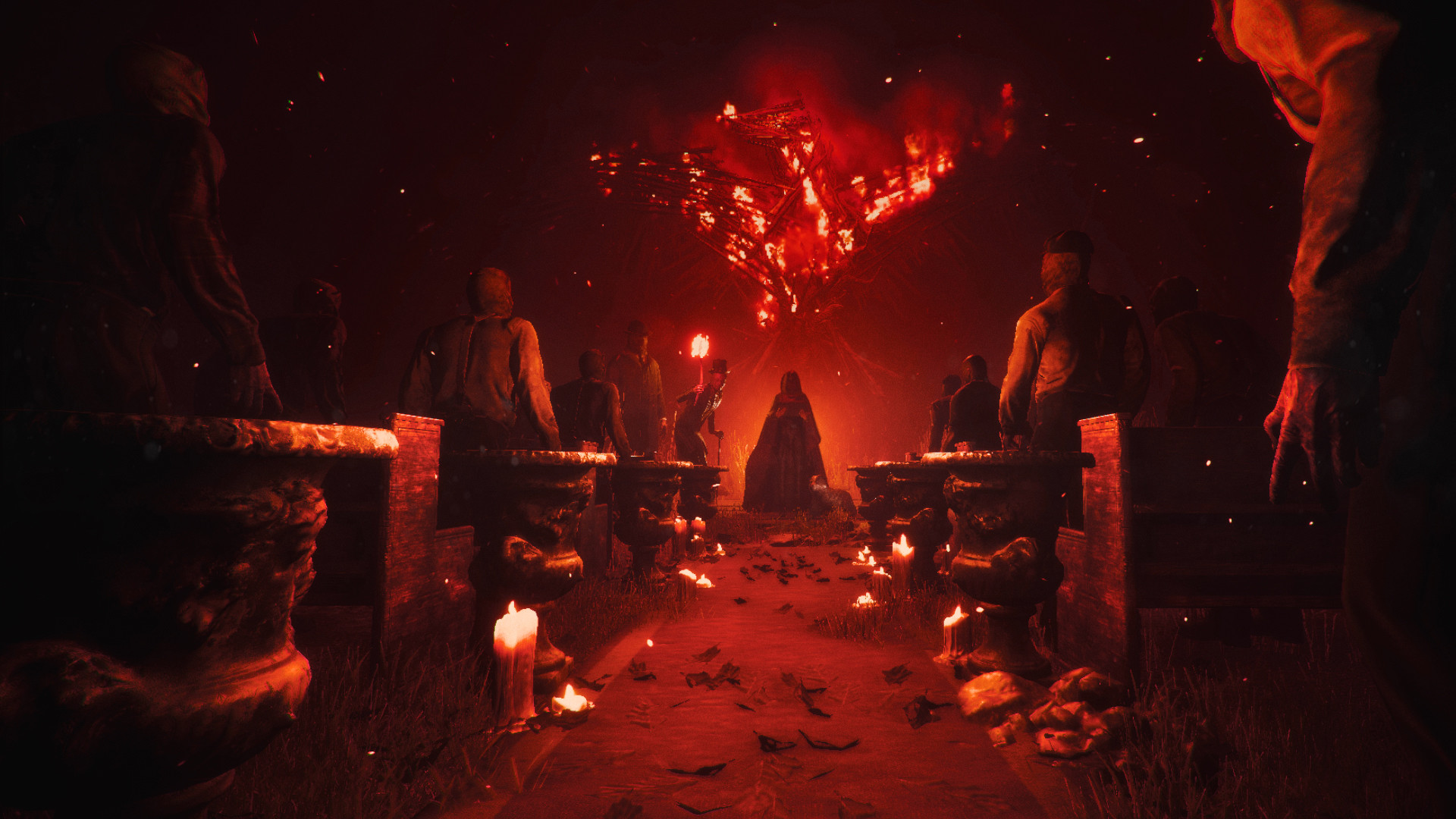 While there are some more open environments here, the crux of your time with Maid of Sker will be spent inside cramped spaces. When you use the Phonic Modulator on an enemy while it’s running at you within one of these claustrophobic passages, the enemy becomes both impassible and immobile. In these instances, you’ll have to wait for the enemy to destun, then use another resource-limited sound bomb once the enemy has reached you in a place where they’re not blocking your way. The level design here is simply not conducive to this mechanic functioning as intended; add it to the laundry list of Achilles’ heels foundering my time with Maid of Sker (Greek mythology! Like Maid of Sker, I also know what Wikipedia is).

My misery culminated in a late-game section where a somehow even goofier version of Mr. X from the Resident Evil 2 remake stalked me through the hotel’s second floor. Unlike the others, this guy has eyesight, because it’s the end of a video game, so they needed to make it harder. Worse yet, the area contains several confined single-entrance rooms where being caught is the kiss of death. The Phonic Modulator only stuns him for a second, and after an awkward cat-and-mouse chase where he appears to die, he then reanimates alongside new enemies. This gestalt of utter annoyance collectively gives chase to you while you desperately try to find something new and interesting to do, meaning you’re, yet again, in for a real bad time.

Upon being offered a binary ending, I laughed and wondered: what would one replay this for? After all, I struggle to shore up a compelling reason to play Maid of Sker even just once. It’s no visual stunner on the PlayStation 5, so the choice of enhancing resolution over framerate perplexes. Nor do the technical accoutrements added to its next-generation refresh impress much. When the vibration mode is set to ‘immersive’, you’ll feel some light pitter-pattering as you step, but otherwise the inconsistency with which Maid of Sker deploys haptic feedback disappoints. Sometimes when I’d push aside a wooden stake, my DualSense controller gestated like a pig in slop; other times, it was still as a rock. Despite advertising resistance in the adaptive triggers, I never felt any pushback when holding my breath or taking a swig of tonic. Perhaps it’s the $500 I spent on the console doing the talking, but I largely enjoy when these features Sony loves to flaunt are implemented well in native PS5 games. Their poor utilisation here is a real bummer.

I anticipated a touching, engrossing tale of a heartbreaking and folkloric haunt. What I got was a bog-standard, overly conservative horror game mired by mechanics more ancient than the game’s late 1800’s setting. Like the lifeless meatbags which stalk its murky hallways, Maid of Sker is best avoided.