Friday Night Funkin’ is a groovy rhythm game, and what’s available to play in the free version of the game can keep you up all night. There’ll be plenty to keep you entertained for quite a while, since there are a lot of songs to bop your head—and flex your fingers—to. But for a community of players, the end of Friday Night Funkin’ is merely the beginning.

Friday Night Funkin’ has an active modding community, with countless YouTube videos and articles—just like our best list of Friday Night Funkin’ mods—dedicated to all the incredible fan-made games. It’s also a brief look into the future of the game with the “Full Ass Version”—an expanded version of the game that was successfully funded on Kickstarter, and which will be even more compatible with these fan games. 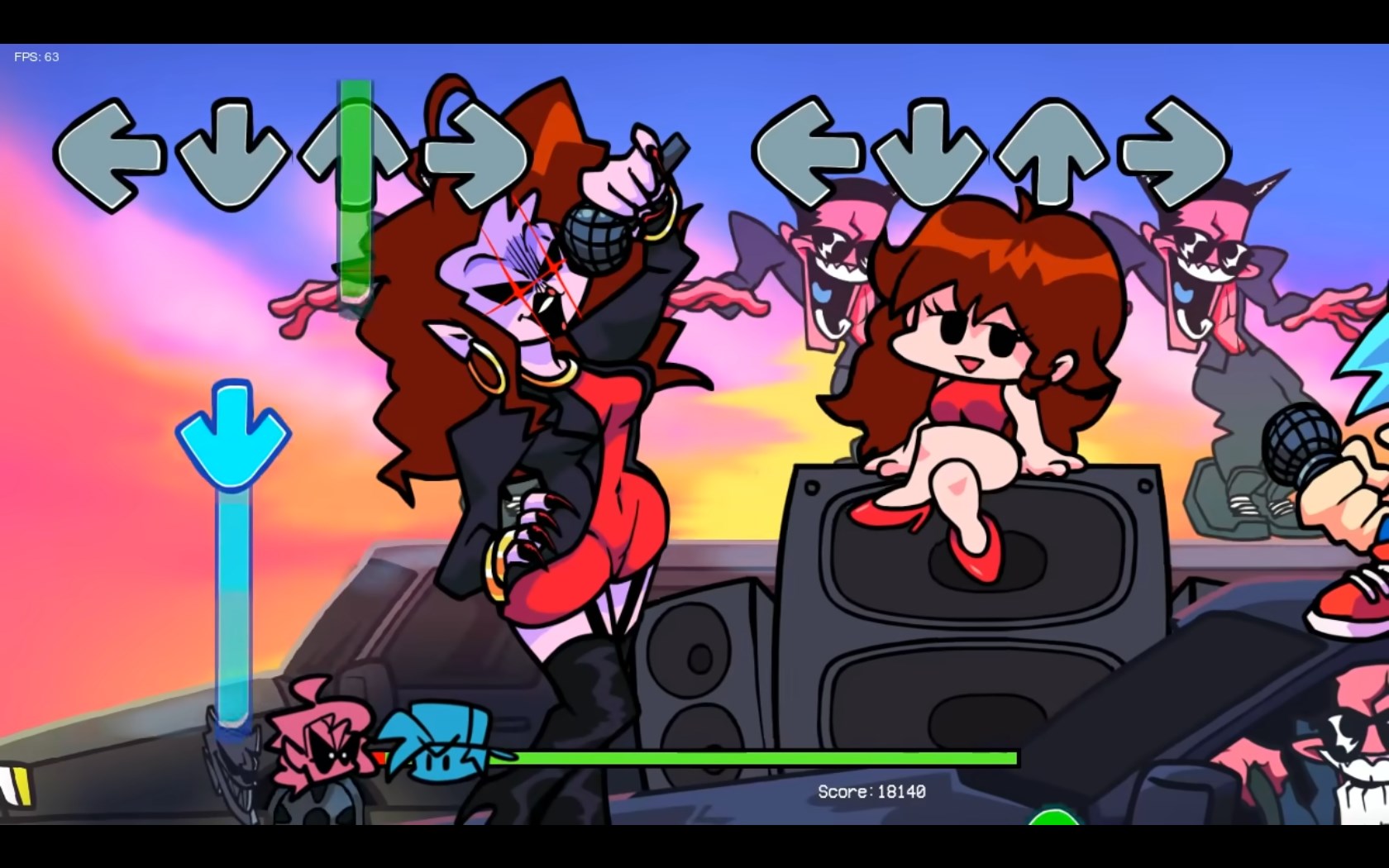 Here are a few ways to take Friday Night Funkin’ from just a fun and replayable game to one you just can’t put down.

Listen, I love what’s already in the game. Friday Night Funkin’ is a super cool project from ninjamuffin99 that started on Newgrounds. That said, we would recommend that you play Friday Night Funkin’ by downloading the version from Itch.io, if you wish to play the community’s endless variety of fan-made games.

After downloading Friday Night Funkin’ from Itch.io, you can head over to modding websites—GameBanana, FNFunkin, and Mods.Ninja are a few you can begin with—and start downloading the top mods, or whatever strikes your fancy. The mods will almost always have instructions included, and it’s pretty easy once you get started.

While the base game is great, the canvas it provides allows limitless creativity from the community. There are some super cool mods out there, and the magic doesn’t have to stop with the mods you play either. Toss some money at developers on Itch.io too, when you can!

Start on Easy, Repeat Levels, and Then Increase the Difficulty

This may seem like an extremely basic tip, but start on Easy if you aren’t getting the hang of the game yet! I play most games on Easy and it’s how I always recommend starting. There’s nothing wrong with playing a game on a lower difficulty.

Repeat levels on Easy until you feel comfortable, and up the difficulty as you see fit.

Getting better is possible but it takes time. And it won’t happen if you’re practicing wrong. Playing poorly or at a difficulty level you’re not prepared for will only lock in those patterns and bad habits.

Make sure you’re playing fresh, focused, and with the intent of getting better. This applies to any game. Play something else if you’re too tired to put in the effort. There’s nothing wrong with zoning out and relaxing with a video game, but make sure it isn’t with a game you’re working to get better at.

If You’re Stuck Then Try Again Without Sound

Friday Night Funkin’ has some really great music, which makes it easy to get lost in the mix. While it may seem counterintuitive, if you find yourself doing poorly on a specific week then try again with no sound.

Turn down the volume and just pay attention to the notes on-screen. This may seem counter-intuitive, but sometimes the music can get a bit too distracting and cause us to hit notes out of time, rather than following what’s on-screen.

Bring back the tunes after your fingers can play through the notes. You might be surprised at how much help this can be.

Don’t Limit Yourself: Play The Way You Want

You may prefer playing with a keyboard—and there’s absolutely nothing wrong with that—but you should be aware of all the available options. Friday Night Funkin’ supports most controllers if you wanna lean back and play with a D-Pad.

On the other hand, Friday Night Funkin’ is also compatible with a Dance Pad; it’s actually how I learned there’s an entire Dance Pad section on Itch.io. A lot of gaming shops have PC Dance Pad peripherals because of games like Dance Dance Revolution and they’re usually pretty cheap.

Watch Streams When You’re Not Playing

Watching someone else play, and seeing what works for them—and what doesn’t—can help you improve your game. You can even consider and come up with your own strategies as you watch others play—you may discover a small detail that can take your game to the next level.

Streamers, too, will often play modded versions of the game as these are harder and faster, or because it replicates the look of other games, such as Night in the Woods.

Just go to YouTube and type in ‘Friday Night Funkin Mods’ and see what the community has been creating—you may even discover new games to play yourself. Modders are constantly creating new content, and it’s only going to increase once the expanded version comes out since it makes modding even easier.