Hellmut: The Badass from Hell available now on PC

Slovakian indie developers and publishers at Volcanicc and Grindstone showed themselves pleased today to announce the release on Steam and GOG platforms of their wacky dungeon crawler Hellmut: The Badass from Hell, with versions for Nintendo Switch, Playstation 4 and XboxOne coming out during the second quarter of 2018.

With a presentation poster that reminds us of the early days of Doom, Hellmut: The Badass from Hell is a fast paced dungeon crawler shooter with a funny tone, random generated levels and a big arsenal of weapons, transformations and basically a ton of destruction tools available to get rid of the Demonspawn.

With a 2D pixel art style and a looney gone-wrong story of a scientist who summoned a beast from Hell in order to get eternal life, Hellmut promises an exciting experience, although not very deep on the narrative department. Even so, publishers at Grindstone showed themselves proud at this being their first game released. “With Hellmut, players are in for a hardcore roguelike action like no other. The skill ceiling is high, but so is the reward, which is what makes the game so addictively fun!”, said Peter Nagy, CEO of Grindstone. 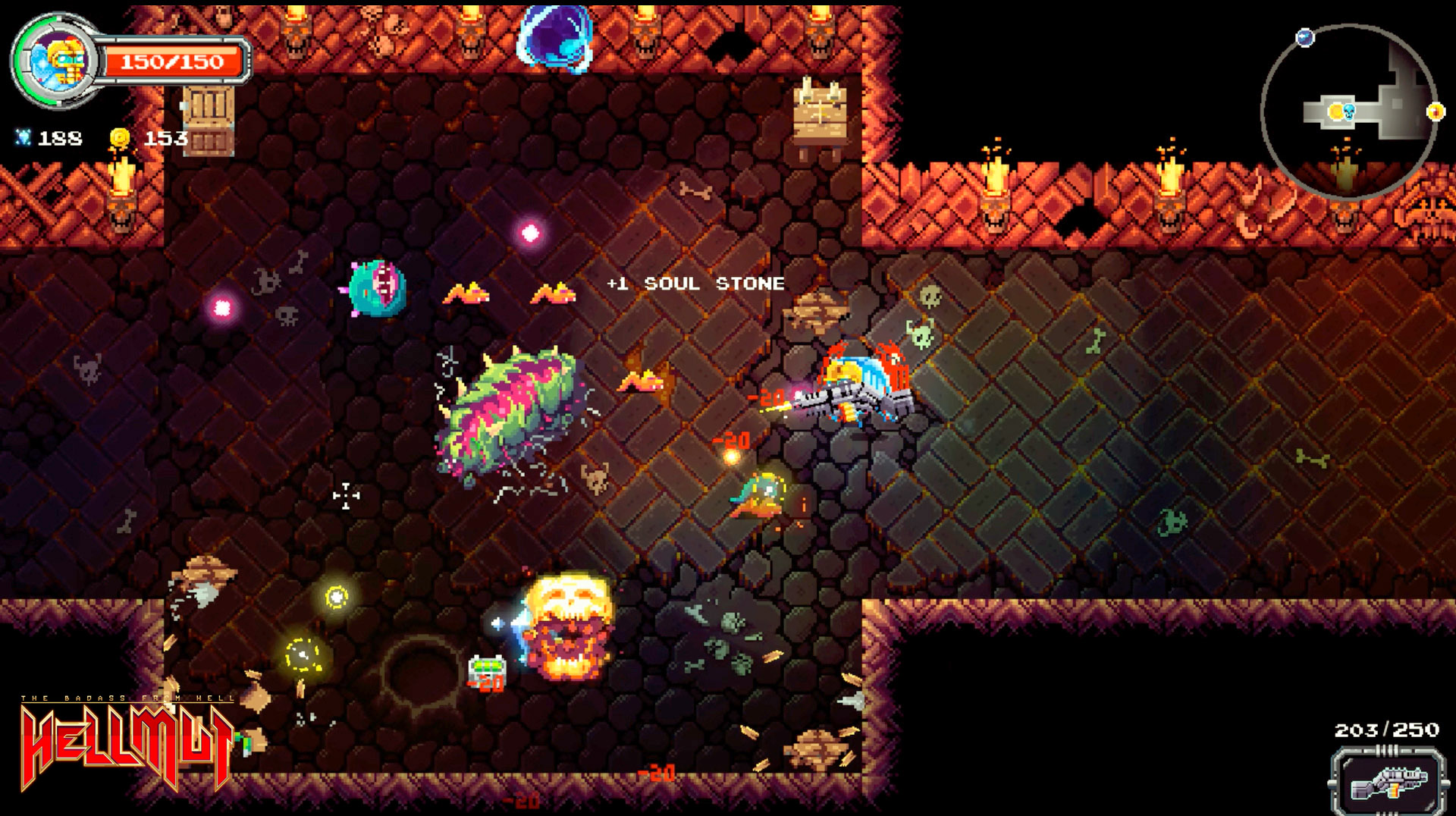 “Our first game is about mad scientist whose experiment went terribly bad and he end up nearly dead (like only a skull and spine is left of him) in universe full of strange monsters which tries to kill him. During his journey he tries to get back to his original form but he soon discovers that thanks to his condition he can become something far more… different”, reads the game description at Volcanicc’s website.

Hellmut allows players to transform their character (the tiny brain of a scientist) into a multiple variety of violent creatures with fantasy names like Ghost Walker and Orc Fairy, as they are encouraged to find new weapons, defeat bosses and get rewarded with treasures and new equipment and abilities.

“We are very responsive to our community feedback, because those who play your game are the ones you need to listen to the most. We will continue releasing new features, updates and bring Hellmut to other platforms”, added Lukas Sedlak, founder at Volcanicc.

Although Steam prices are not yet available, players can pick up Hellmut: The Badass from Hell today also from GOG for roughly $9.