Dream Alone is a mixture of recent successes like Limbo and Inside, which combined a classic genre like the 2D platformer with dark and disturbing elements. Dream Alone also clearly gets some inspiration from survival horror staples like Silent Hill, featuring an overlapped, alternate reality where players will be able to use to their advantage in order to solve different puzzles.

Warsaw Games and Fat Dog also recently announced a Nintendo Switch version of the game, giving it a wider potential reach, taking advantage of the late open doors that Nintendo has offered in the direction of indie studios. 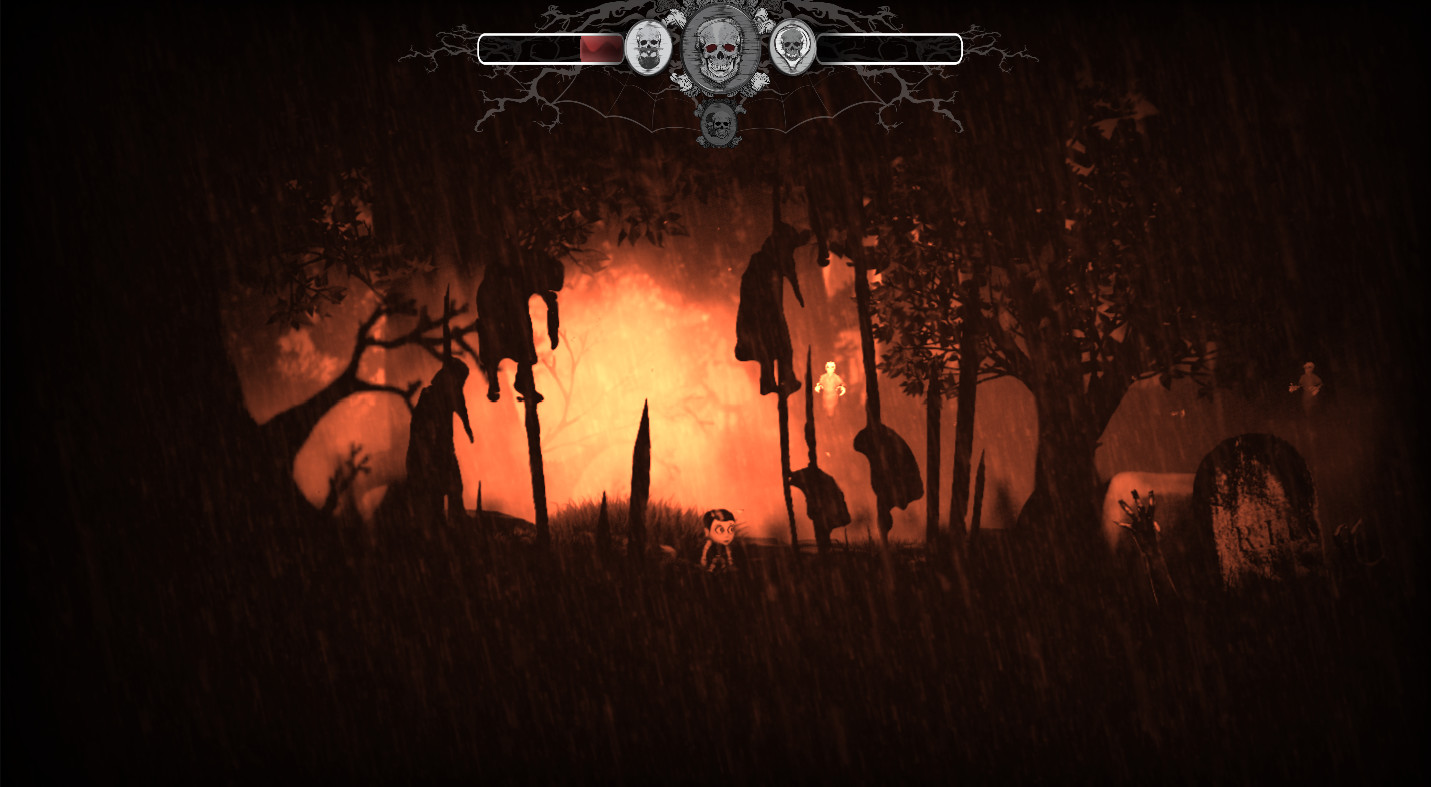 Dream Alone will see players take the role of a boy named Irra, after a mysterious sickness strikes his quiet hometown, leaving everyone affected in a coma. With his family caught up in the catastrophe, Irra sets out to find the mythical “Lady Death”, who supposedly has the ability to stop the disease, controlling both life and death. Of course, there is an assortment of deadly traps standing in the way of this young one.

Although many can be sorted out with determination and precise timing, Irra does have an ace up his sleeve should things start to go sideways. Albeit incredibly scare during the game the protagonist can tap into some of the dark powers that linger inside him allowing him to overcome obstacles by switching between different realities and even creating a clone of himself.

Any mistake will equal to death in this unforgiving environment, with some bloody effects coming to life when any of these situations arise. Suffice to say, this setting is a cruel one for little Irra.

Dream Alone will be available from April 12th for PC, Mac, Xbox One and Nintendo Switch. For more information, you can visit the game’s Steam page or website.