Way of the Passive Fist review

Parry your way to victory using the Passive Fist. 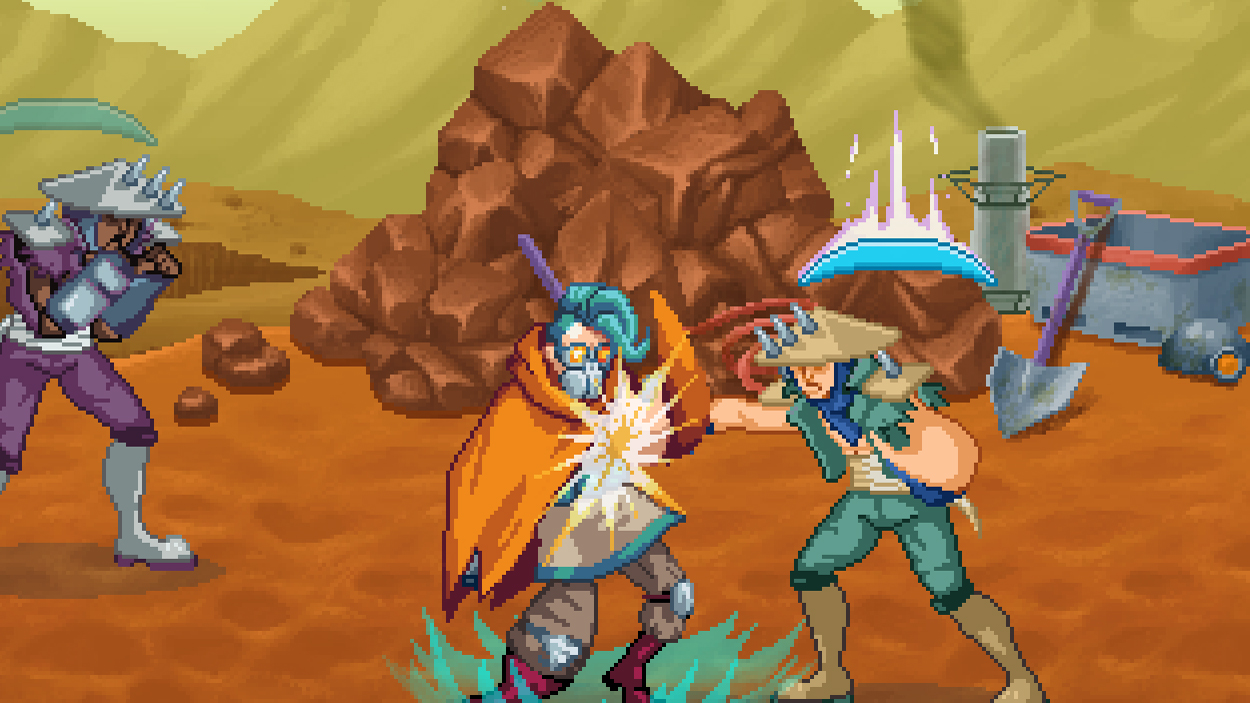 To be clear, it’s not a fighting game like Street Fighter but a brawler like Double Dragon. Whatever genre it falls under, Way of the Passive Fist captures the look and feel of both aforementioned games. It has energetic music and makes great use of color, which perfectly compliments the fast-paced gameplay. What’s more, it also incorporates never-before-seen mechanics, giving it an identity of its own.

Way of the Passive Fist takes place on Zircon V, a world that’s rich in resources but too close to the sun to support life. Countless people flocked to Zircon V to get rich, but for unexplained reasons they’re now stranded. You play as the Wanderer, a legend who emerges to fight raiders and soon uncovers something much more sinister.

The story is shown as a series of slideshows, one at the beginning of each stage. They’re easily skippable, and the story isn’t really the main focus of the game, anyway. 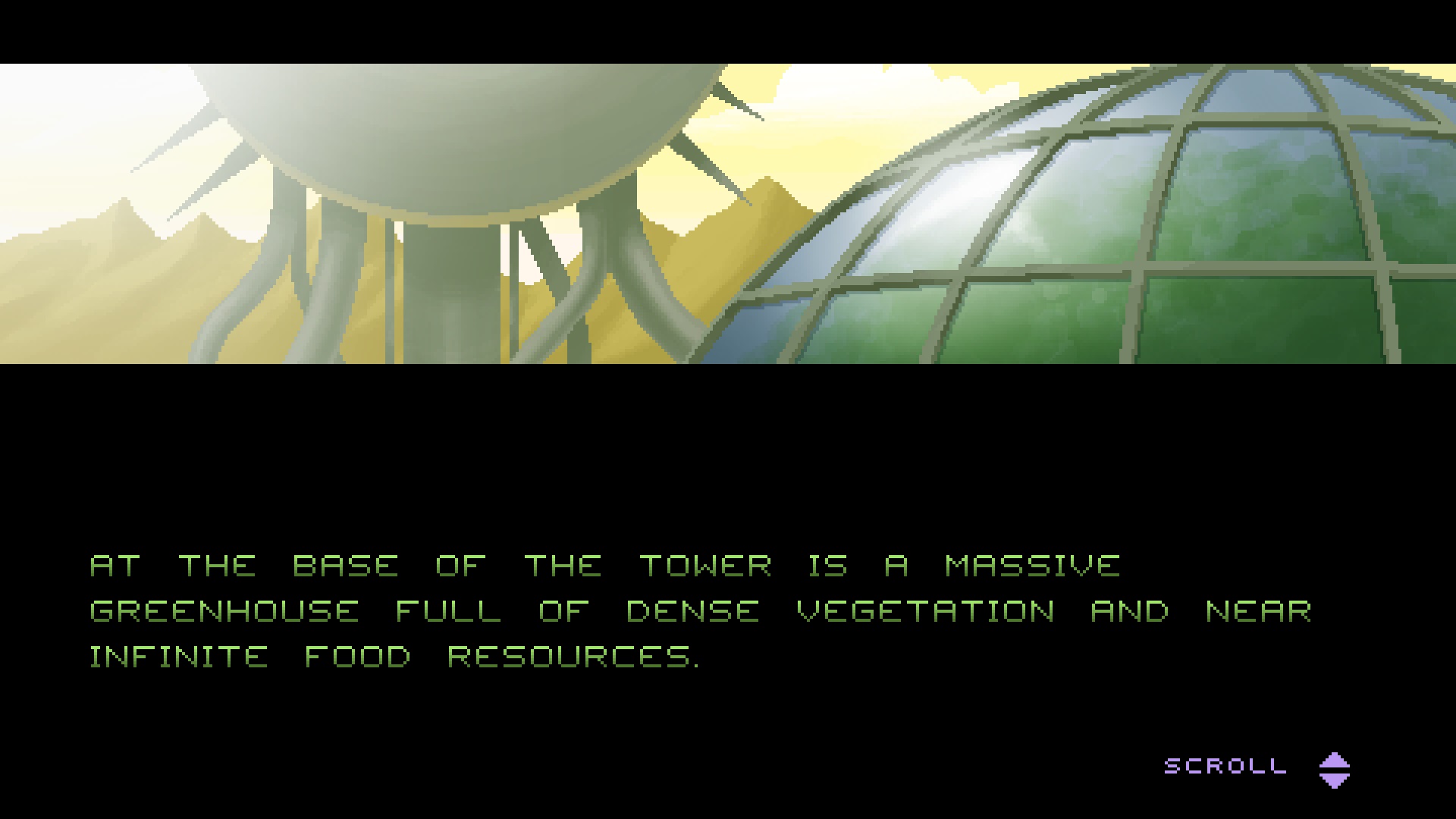 As the first enemy walks up to you in Way of the Passive Fist, you’re told to parry his attacks. After you block a few times, he becomes too fatigued to keep fighting. Then you can land the finishing blow. Then the next enemy appears. This time, he’s a hulking man with two different attacks. One is a punch that you parry as normal, but he also has a grabbing attack that you have to dodge. Both attacks have different auditory cues, so by listening you’ll know what attack is coming up.

Most of the game is played out in this fashion. Enemies walk up to you, and just by looking at them and listening to cues you can tell what attacks they’ll throw at you and whether to parry or dodge. The fighting becomes pretty repetitive, however, with too few different enemies for how long the game is.

Some of the levels at least throw different mechanics at you. For instance, in the sun worshippers’ plains, there are beams of light that come from the right side of the screen that you have to avoid, else take damage. I didn’t particularly like this because you have too little time to move out of the way to safety.

There is one other mechanic you have to keep in mind: The special move meter. By parrying consecutively, you build up power that can be used to unleash three special moves: The Power Punch, the Super Slam, and the Gravity Well. The Power Punch can be used to finish off an enemy, while the Super Slam also damages surrounding enemies. The Gravity Well, however, finishes off all enemies currently on the screen. You usually want to save enough power for the Gravity Well if possible, at least if you want gold medals. 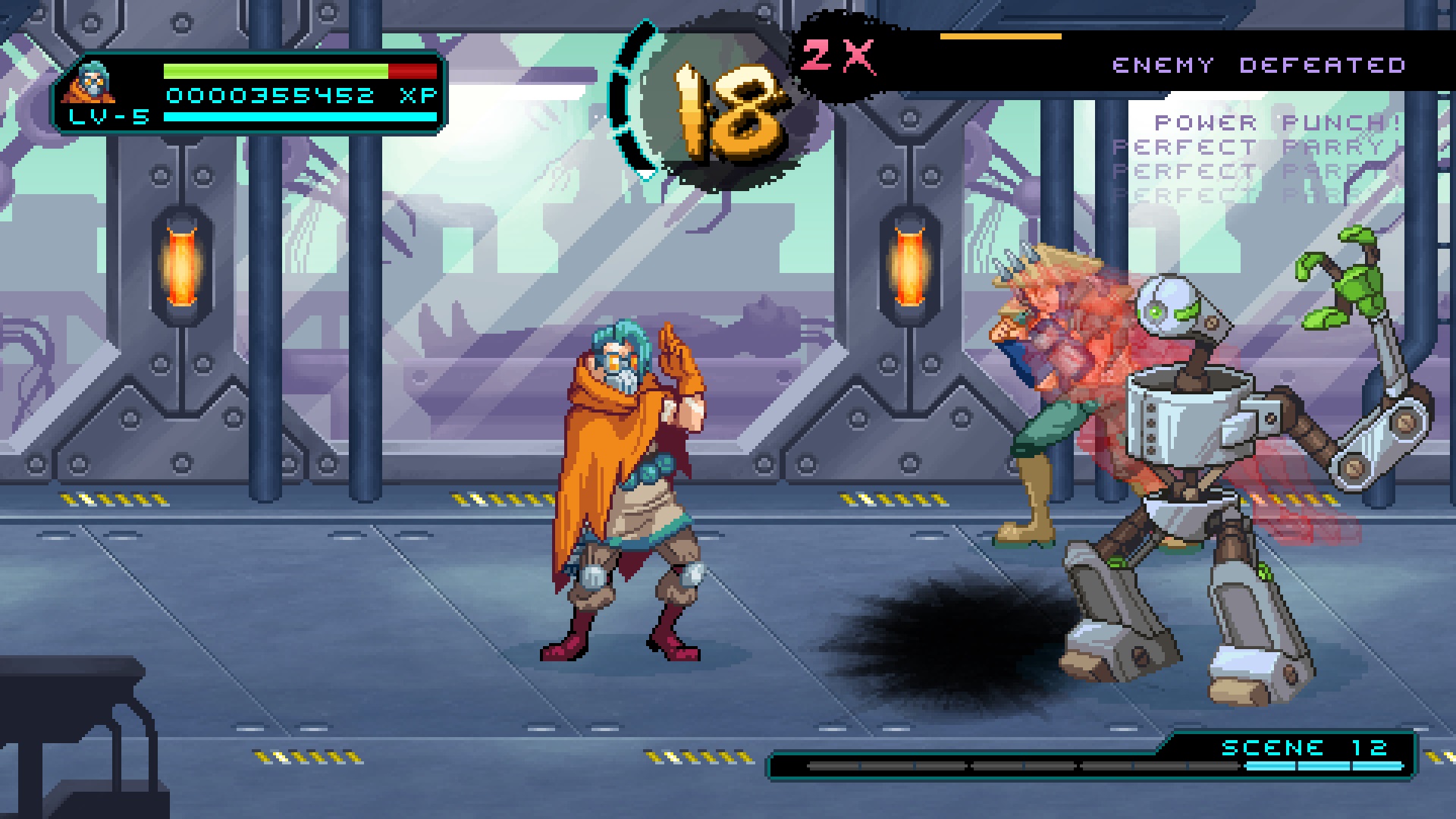 The bosses are a highlight. They’re all beaten the same way: By dodging attacks, gaining power, and unleashing special moves until they’re dead. However, the bosses all feel distinct from one another as they attack in different ways that aren’t just a simple attack rotation. Tanner is probably the easiest as he has a simple rotation, while Thornborne is the one I found the most difficult. His attacks can’t be dodged at all and you have to stay out of his way entirely while you defeat his minions.

Way of the Passive Fist wants you to replay stages and try to earn better medals and beat your high score. On the normal difficulty, I found it pretty easy to earn gold medals. As long as you don’t get hit too much, you can increase your combo and unleash the Gravity Well special move, which makes getting a gold medal almost guaranteed. Gold medals are much more of a challenge on the highest difficulty, where you only earn special power from perfect parries. 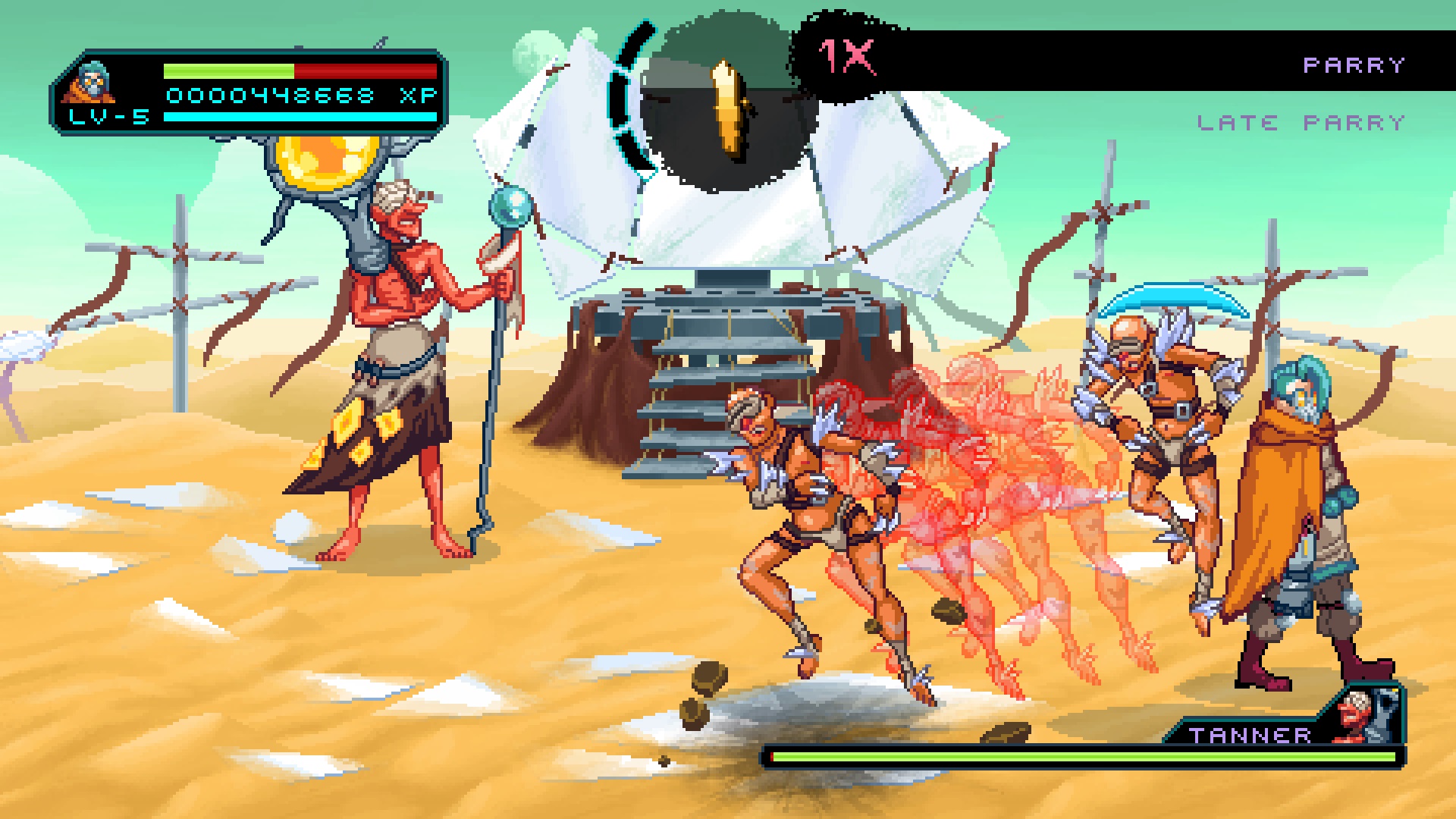 Overall, Way of the Passive Fist is a solid beat ’em up that’s perfectly accompanied by upbeat music and visuals. However, the combat system lacks depth. Enemies attack you one at a time, no matter where you stand, and defeating them requires you block their attacks, the same way, every time. The whole game pretty much comes down to memorizing enemy attack patterns and having perfect timing. While the developers were clearly trying to reward players for having perfect parries, they created a game where there’s one way to play the game ‘correctly’ with no room for different playstyles. There are no hard-to-execute combos, opportunities to strike in between the opponents’ moves, or gambits you can pull off that create a feeling of risk vs. reward.

Compared to others in the genre, Way of the Passive Fist is an easy game to master. The whole game is an exercise in timing: If you keep parrying correctly, eventually you win. Other brawlers have a feeling of risk vs. reward because you have to reduce your opponent’s life as well as protecting your own.  I feel that Household Games could have been more creative in rewarding players for having perfect parries while adding more complexity to the game.

Categories
FeaturedNewsPCPS4ReviewsXbox One
Tagged
Household GamesWay of the Passive Fist