Top 7 Most Anticipated Indie Games of May 2018 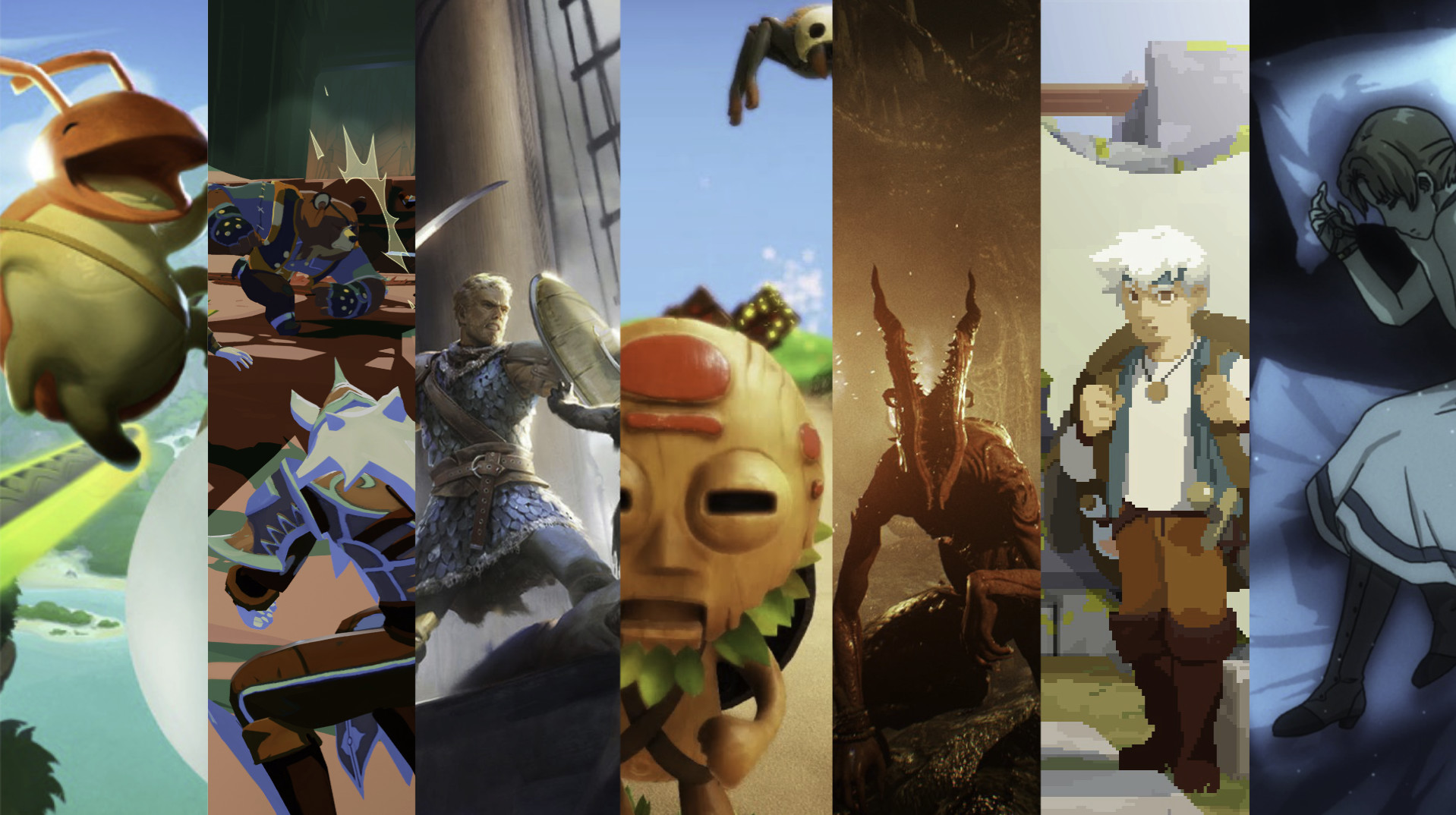 And so the unceasing hands of time move forward by another month. I don’t know about May in your neck of the woods, but in good ol’ Blighty we get two bank holidays. A perfect excuse to sit back and enjoy some of the finest indie games this month has to offer – and trust me, there are some good’uns. Just take a look at this lot.

The pause button is a truly underappreciated feature. It rarely has its time in the limelight. In Pillars of Eternity, however, you’re likely to spend as much time on pause as you are otherwise.

You see, despite being real-time, its classic RPG combat is so nuanced and complex that you just have to stop for a breather or twelve. Halting the action lets you strategise your next moves before putting them into action.

The rest of the game flows at this delightfully glacial pace, from the rich, heavy narrative to your careful exploration of the world in which you’ll want to leave no stone unturned. Despite what the comparatively action-packed trailer above may suggest, I have little reason to think that Pillars of Eternity II: Deadfire will be any different.

Pillars of Eternity is like a good book, to be savoured and immersed within. I’m hoping that Deadfire is an absorbing next chapter for the series.

Pillars of Eternity II: Deadfire sets sail for Steam on the 8th of May.

Tower Defense games are all a much of a muchness. Plonk some towers down. Mow down hordes of advancing enemies. Upgrade towers to mow down enemies more efficiently.

PixelJunk Monsters stood out amongst the genre’s surge a decade ago (yikes, that makes me feel old) with its cutesy forest setting and the fact that you controlled a character rather than the typical disembodied creator. As Tikiman, you’d summon towers and perform ceremonial dances to boost their power.

PixelJunk Monsters 2 looks to revitalise the series with gorgeous new 3D animation and an extra over-the-shoulder perspective. This really breathes life into the world – just look at how jauntily Tikiman scampers along. Marvellous.

PixelJunk Monsters 2 swarms onto PS4, Switch and Steam on the 25th May. You can play a brief demo whilst you wait.

Combat and capitalism go hand-in-hand. It’s only natural, then, that a game should let you get your hands dirty in both.

Moonlighter tells the story of Will. By day he’s a humble shopkeep serving adventurers from behind his counter. At night, however, he ventures outside to explore treacherous dungeons, scavenging treasures he can use as stock the next day.

What attracts me to Moonlighter is its traverse ‘n’ trade gameplay loop: gear up, go dungeon crawling for wares, sell said wares for cash, then gear yourself up better for next time. I’ve only seen this dichotomy of activities brought together once before, in Recettear: An Item Shop’s Tale – and that was released over ten years ago. Some frankly superb-looking pixel art sweetens the deal.

Moonlighter is open for business on Steam, PS4 and Xbox One on the 29th of May.

An ‘open-world pinball adventure’ is not a phrase I expected to see any time soon (or ever), but here we are. What a time to be alive.

Yoku is a friendly invertebrate postman set on making a new life for himself on the tropical island of Mokumana. There’s trouble in paradise, however, in the form of an ancient deity awaking from its slumber. Even worse? The island’s post office is in ruins.

What ensues is a quirky mix of pinball and platforming across various exotic locales. Yoku is constantly tethered to a ball, allowing for all manner of speedy physics-based hijinks. I’m drawn not only to this but also the non-linear structure, which affords the freedom to choose whom of the island’s charming inhabitants you’d like to help out next.

Yoku’s Island Express is delivered to Steam, PS4 and Switch on the 29th May.

Agony looks absolutely horrendous. I mean that in the best way possible.

For millennia, religious texts have warned of the torments awaiting anyone unlucky enough to find themselves in Hell. Agony brings this suffering to life in a nightmarish survival horror adventure.

It’s not every day you take a trip down into the depths of the underworld. Despite this typically being a one-way journey, you’re dead-set on making it out again. Oh, and you have amnesia. The only thing working in your favour is the ability to possess other persecuted souls and weaker demons to your advantage. It should go without saying, but Agony is full to the bloody brim of all the good stuff: nudity, violence and gore. Ban this sick filth.

Omensight places you in the mythical shoes of a warrior called the Harbinger, as the world of Urralia suffers apocalypse at the hands of a vengeful deity. What herculean feats are required of you in order to save the world? A bit of detective work, of course. Better get your sleuthing cap on.

Let me explain. The catalyst for Urralia’s destruction was a murder committed on the final day. By manipulating time you can revisit key suspects and events, solving the mystery and preventing it from reoccurring. It’s basically an otherworldly Groundhog Day.

Not only has the concept of Omensight piqued my interest; I love the clashes of vibrant colour and abstract geometry which compose its visual design.

Omensight’s investigation begins on the 15th May on Steam and PS4.

Cinematic games are nothing new, but cinematic anime games? That’s not something you see too often. Forgotton Anne – no, that’s not a typo – draws on inspiration from Ghibli and the other greats to craft a beautiful animated experience.

Anne is an Enforcer within the Forgotten Lands. This mystical setting is inhabited by the Forgotlings, inanimate objects from our world which have been lost and forgotten. So that’s where all those socks I put in the washing machine disappear to. A magical energy called Anima brings these everyday thingamajigs to life, and as Anne you can manipulate Anima to influence both the Forgotlings and the world around you.

With your actions shaping how the story unfolds, Forgotton Anne is looking to be an anime Choose Your Own Adventure of sorts. The commitment to its filmic style extends as far as characters moving in the charmingly stilted framerate typical of hand-drawn animation, as opposed to the fluid motion we’ve come to expect of video games. It looks magical in more ways than one, reminding me of the fantastical Howl’s Moving Castle.

Ensure you remember Forgotton Anne when it releases for Steam, PS4 and Xbox One on May 15th.

Which of the above will you be picking up this month? Any other upcoming gems we’ve missed? The comment box below would love to hear about it.