Atmospheric Gothic mystery with a few tricks up its sleeve. 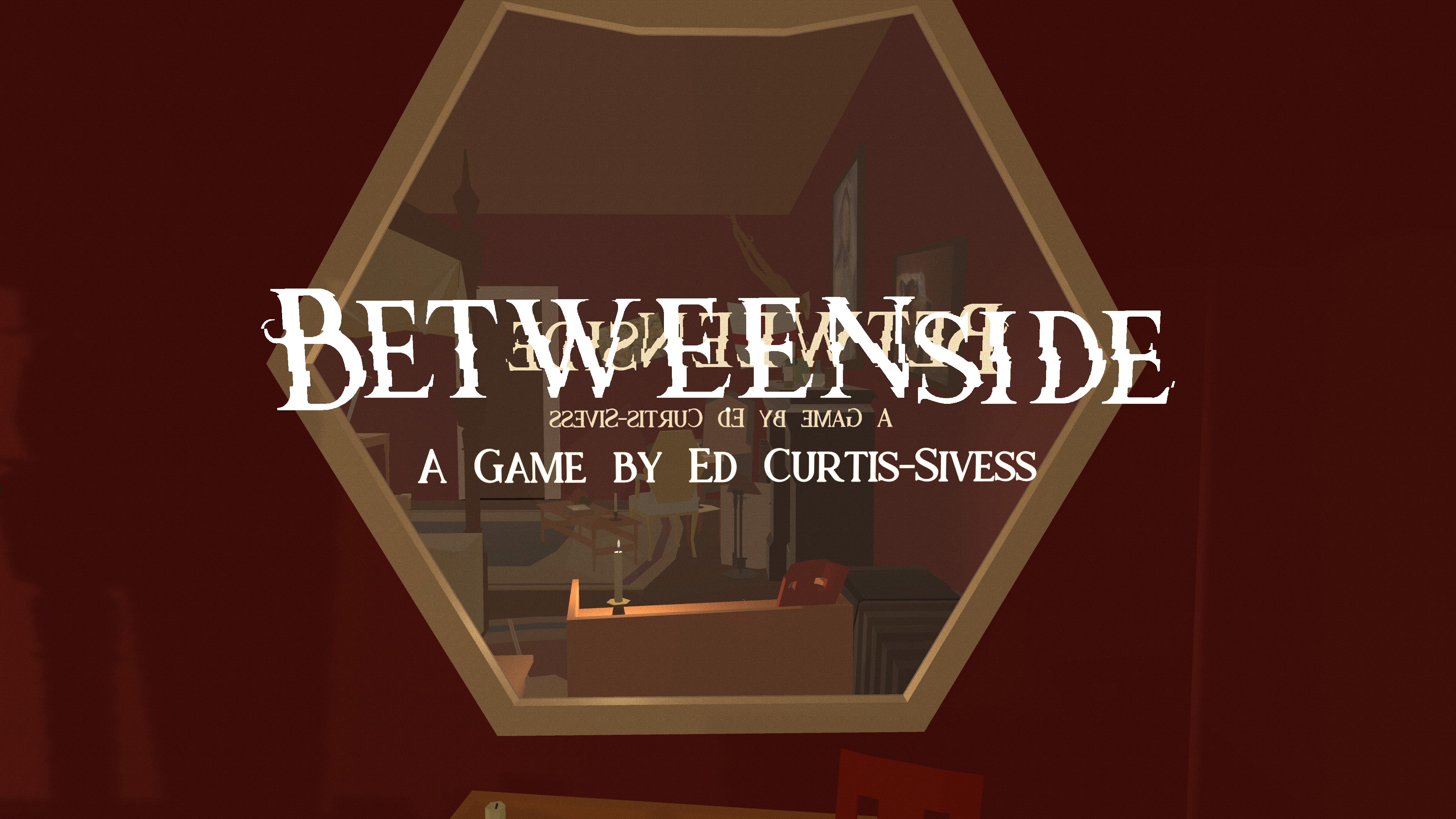 Betweenside is a strange little game. Developed by one-man team Ed Curtis-Sivess and set in a single room in interwar Cornwall, you play as a solicitor sent to investigate the possessions of a secretive aristocrat called Vincent Tressillian. However, as you look through the objects in his room and uncover their secrets, you discover his family has a few fairly substantial skeletons in the closet.

Along the way, you can choose to “rewrite the past” when you find certain, almost always misery-tinged, stories, putting your own more positive spin on the lives of those you are simultaneously investigating and shaping. You can also choose which of the three surviving Tressillians get which heirloom, thereby shaping the ending of this two-to-three-hour enigma.

One thing that Curtis-Sivess has absolutely nailed is the atmosphere of Betweenside. Although the room you start and finish in is seemingly simplistic, it’s one of the most spine-chilling game worlds I’ve encountered. Dimly lit and suspenseful, you soon begin to realise that you cannot trust what you see as objects appear, disappear and rearrange themselves around you, and the lights flicker out, leaving you with only a rather unreliable Zippo lighter. 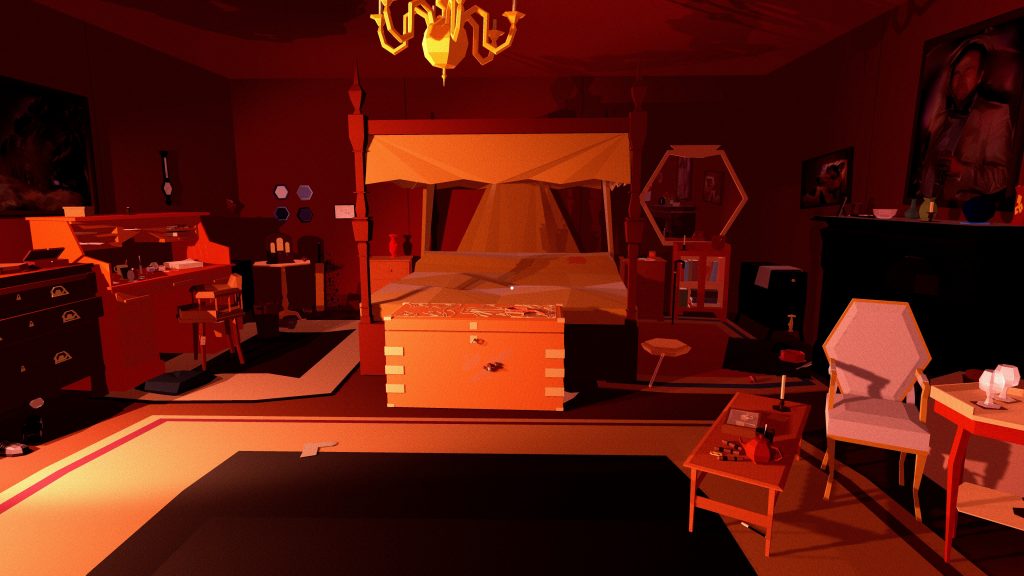 This atmosphere and creative use of space is enhanced by the gripping nature of the story that you are interacting with. Pulling on the traditions of the gothic macabre, the unsettling narrative drips with ambiguity, sinisterness and the supernatural, much like the space around it.

The story – or more accurately, stories – follow several generations and characters within the Tressillian, and is deliciously murky. By masking every detail with a level of ambiguity whereby each historical scene is made implicitly, rather than explicitly, traumatic, Curtis-Sivess captures the clandestine disgrace of the family story perfectly, adding a further layer to the suspense and atmosphere.

What’s more, this atmosphere is added to when you are in ‘the betweenside’ – a space outside of the room but inside a vacuum-like ether, where you can look in on the lodgings. Here, words float in space, and strange, surreal, symbolic shapes appear.

Cleverly, the words that appear are often words you input when choosing to ‘rewrite the past.’ This means that if you wrote a happier story, the air is suffused with the positivity lent by words like ‘bright,’ ‘smiled’ or ‘light,’ but if, like me, you rewrite the past in a more morbid tone, words like ‘loathing,’ ‘anxious’ and ‘don’t’ appear instead. This was incredibly effective when it struck home. 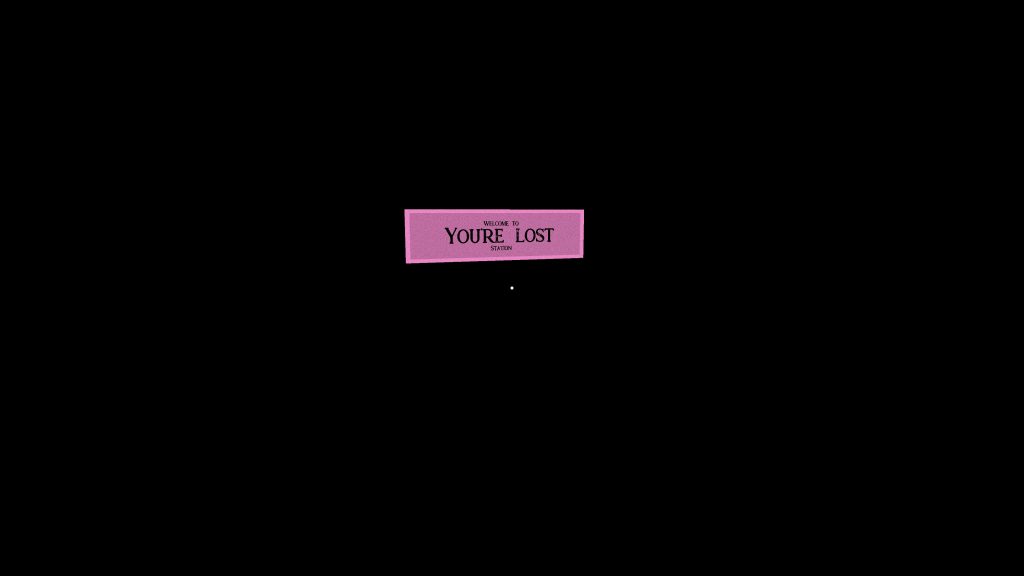 Whilst this gimmick enhances the atmosphere you help create for the most part, it is not without its flaws. Perhaps most problematic is the fact you input words on a typewriter (for reasons of stylisation), which means you can only strikethrough letters rather than erase them. However, the floating words don’t recognise strikethroughs, which meant my room was littered with typos.

Whilst this was admittedly somewhat the fault of my poor typography, it did add an unwanted level of silliness to an otherwise stellar atmosphere. Indeed, when a poster on the wall appeared displaying one of my more ominous phrases, the effect was sullied when it read, “always plan for the worset.” 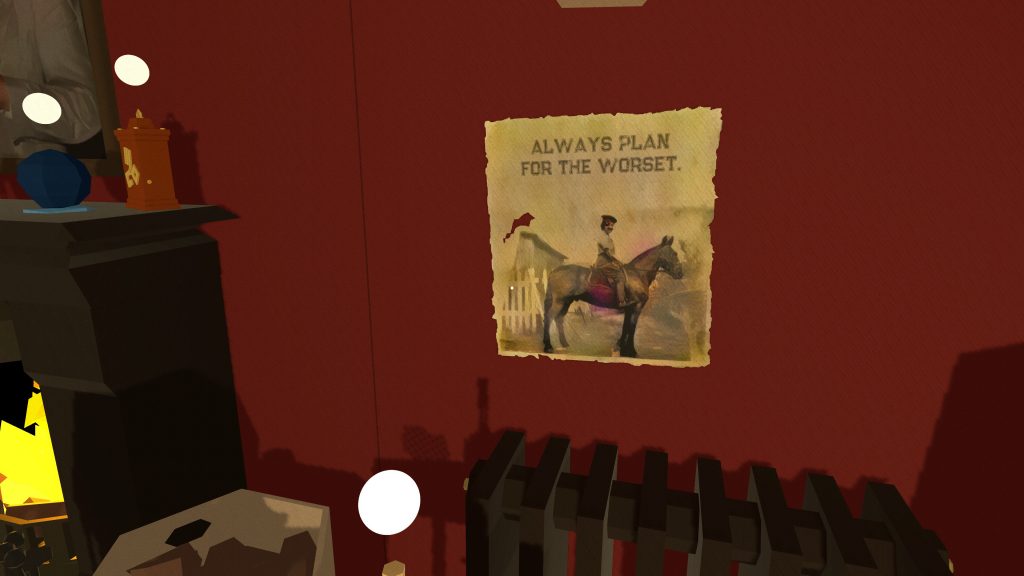 Perhaps the strangest decision, though, is that Betweenside is split into two acts. Just as I really felt as I was getting to grips with the story, and was as at my peak immersion in the murky underworld of the Tressilians, the game halted quite abruptly, coming to an end without much warning. It then announced the outcome of my decision (formed by my choosing which of Vincent’s nieces and nephews kept which heirlooms), before sending me back to the menu for act two.

In act one, you have some choice in terms of which objects you interact with and in what order, but Curtis-Sivess limited it in order to control the pacing and optimise the suspense in the narrative. Act two, it transpires, is more or less act one again, just with more freedom to interact with objects in whatever order you want.

Whilst this enables you to get to the bottom of the story in more detail, it did break my immersion. Whilst the first act felt impactful and I was carefully considering my actions, the second act felt like a free-fire zone, and consequently lowered the tension significantly. It also resulted in giving me another ending, making the first one – the more genuine one, in my opinion – quite hollow.

Betweenside certainly won’t be for everyone. Falling firmly into what might be reductively described as a ‘walking simulator,’ it’s not so much about gameplay as it is about unearthing secrets and deciding the outcome of an evolving narrative. However, for those looking for a cerebral, excellently-written game with a truly excellent atmosphere that uses its assets imaginatively to build a well-paced narrative that is both intriguingly disturbing and delightfully subtle, this is the game for you.