This cybernetic real-time strategy game will be out on January 31st.

Polish indie game developers at Ice Code Games have announced today, together with publishers at 1C Company, that their new cyberpunk real-time strategy game Re-Legion will be out on PC on January 31st.  This Warsaw based studio is also responsible for Deep Blue and Hools: Football Club Territory.

Re-Legion is set in a sci-fi cyberpunk-themed world in which players will become technocratic prophets of their own sect that will fight for power and dominance over those deemed unfaithful. The main mechanic that drives the game is that of converting non-follower citizens into adepts and transforming them into and army following their leader, Elion. 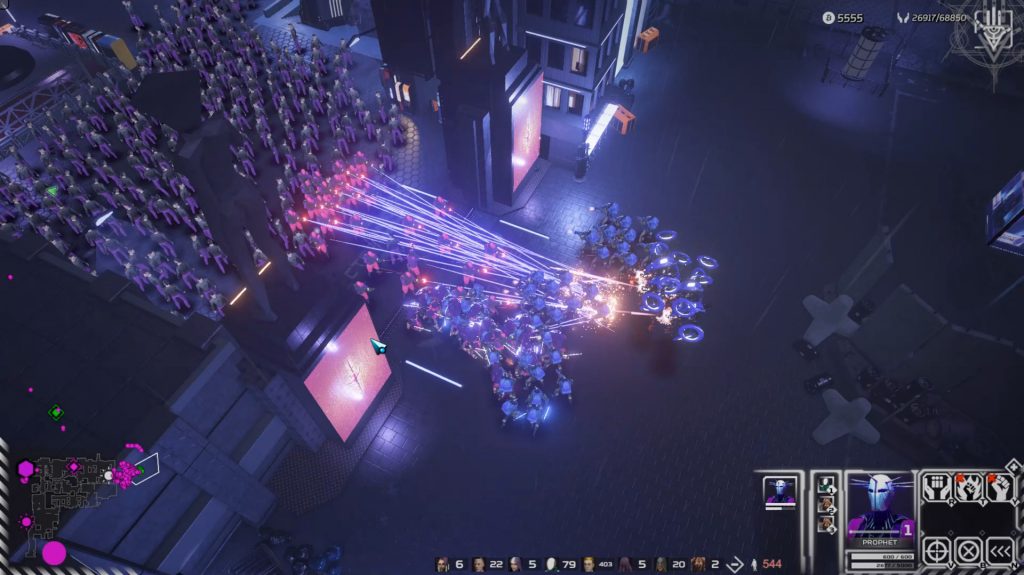 The aesthetics of the game have been described as “dark, neon-tinted”, something that we can completely appreciate through the game’s trailer. And as in every RTS resource management will be one of the challenges players will have to overcome, featuring “CryptoCredits” and faith as the most important ones.

Re-Legion will launch on January 31st, after a successful run through PAX South, as well as its original soundtrack. This game will have a price of US$19.99 / €17.99 on Steam, with a launch week discount of 10%, while the OST will cost USD $3.99. Finally, there’s also a digital art book that will be for sale for USD $2.99.