Apple Arcade Will Change Everything

Apple Arcade has landed, and it’s Christmas in September for indies. 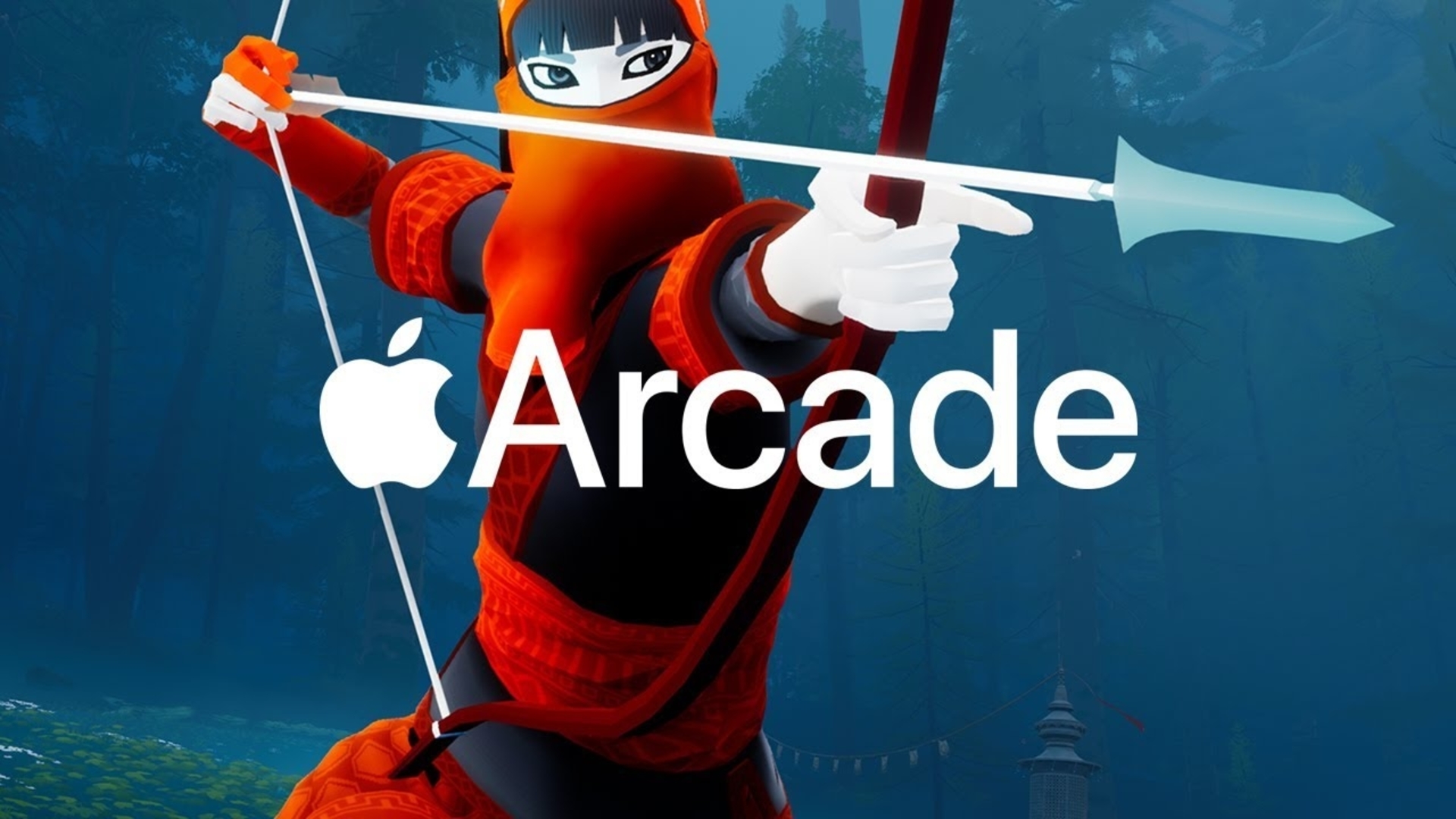 September is the month of Apple for a reason. When the world’s biggest tech company releases brand new products every year during the same week of the same month, it’s inevitable that they would come to define that small period of our lives. This year was no different, except it was particularly exciting for gamers.

We’ve known about Apple Arcade since March’s event, and the inkling that California’s latest subscription service would spell a new era for independent development is ever-present. It’s not just the accessibility on offer, there’s the trust that Apple is placing in its independent creators to float its latest service and the incredible install base just waiting to load new experiences into their pockets. On top of all of this, Apple is fully behind its independent creators, putting them centre stage and holding that Steve Jobs spotlight over all their creations.

“When we heard about the opportunity to be on Arcade it was kind of a no-brainer for us,” says Tony Gowland, founder of Ant Workshop. He’s just released his team’s ghostly co-op adventure Dead End Job on the service, explaining that “as a small indie, raising awareness of your game and getting any kind of visibility is tough, and you don’t get to be a part of a new platform launch on this scale very often!”

It’s true, for any indie game released through Apple Arcade in its free trial month the next few weeks are going to be busy. They’ve been provided a platform that sits across 150 countries and relatively little competition within that platform. It will be interesting to see how the service works to ensure it doesn’t become as crowded as the App Store itself, though its very existence as a separate entity away from all that noise bodes well. Apple Arcade has been structured as a place for high-quality games to earn the recognition they deserve in an increasingly competitive, crowded market. 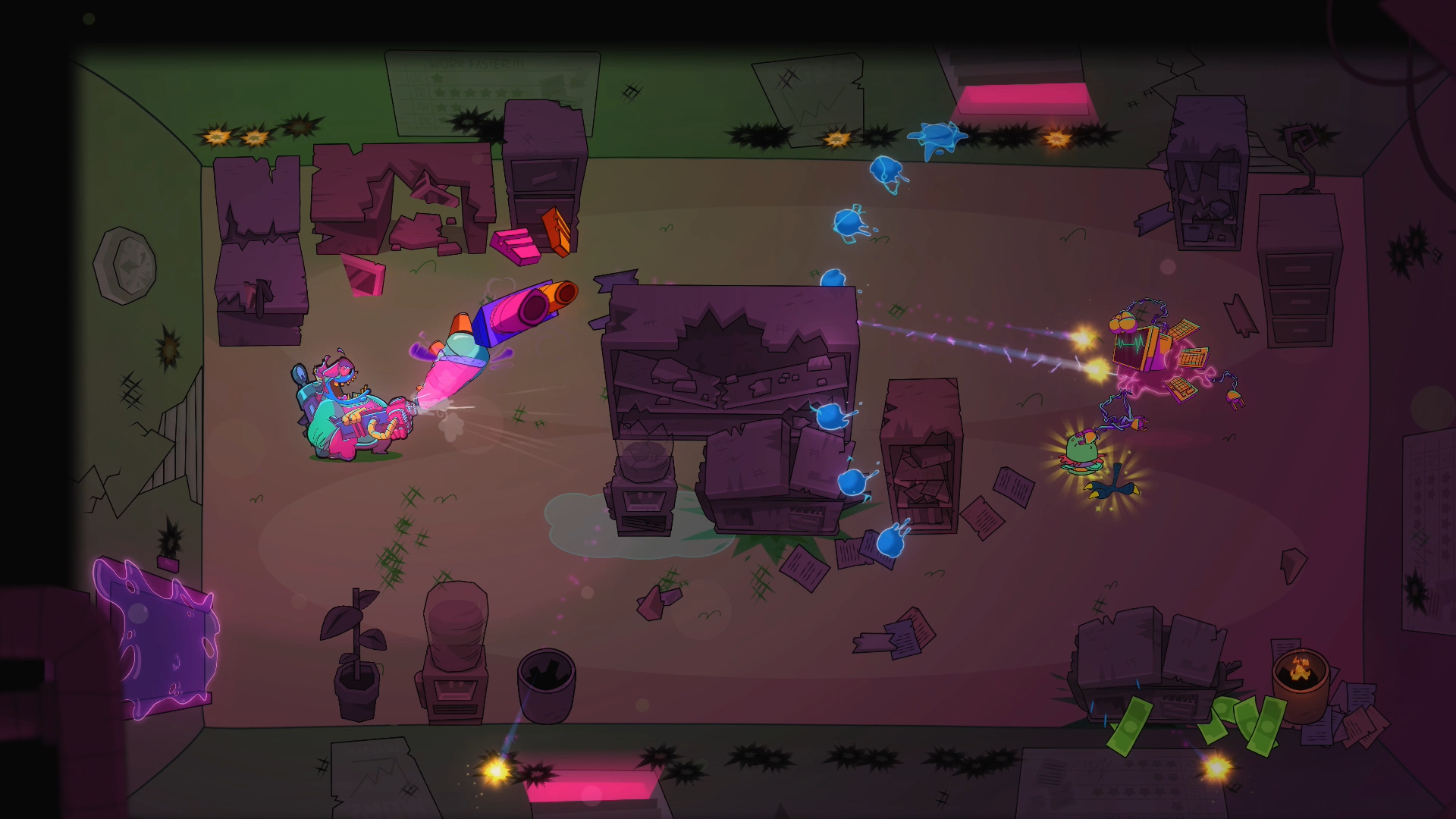 For now, Apple’s answer to the overpopulation of its digital storefronts seems to be in line with that of Nintendo’s early Switch eShop days (though one quick browse of that particular platform will show a distinct decline in curation on Nintendo’s part these days). With Apple hand-picking titles to include in its subscription, and even contributing to the development cost, the quality of the titles we get to see on the front page is likely to only increase with time.

So why the subscription model? Why will that change things?

Well, services like Google Stadia and Xbox Game Pass don’t exist in a vacuum. There’s a growing acceptance of digitally renting games that seems to have been birthed from the gradual decrease in emphasis placed on video game ownership and the increase in game prices and DLC offerings. There’s a lot of talk about gaming subscription services becoming the new norm, and while we’re not exactly there yet, there’s been far more movement over the last year than we’ve seen in a while.

Apple joining the subscription service gang is a big move. It places the model in every gamer and their Mum’s pockets, with millions of players joining in one go and the rest soon to follow suit once more titles start rolling out. Why pay £7.99 for one game when you could pay £4.99 for them all, after all. It’s a small ease into the world of the subscription, one that costs less than a coffee in most hipster cities and one that you’ll barely notice that will quickly snowball into the next generation of gaming.

While we’re certainly heading in that direction, Felix Bohatsch, CEO at Broken Rules (Old Man’s Journey, Secrets of Rætikon) is looking at things more conservatively. “[Subscription models] move us one step farther away from our players, as they are no longer buying our games specifically. This turns our games into just another consumable item and leaves us more dependent on the platform holders,” Felix ruminates.

And it’s true, subscriptions certainly do change that relationship between the player and developer. Having players seek out and purchase your game allows developers to generate a community, learn from its players, and ultimately understand its audience better. That’s not to say there isn’t a flip side, however. The whole time players aren’t actively seeking out a single game they’re open to any game, and it’s in that creative curiosity that indies flourish.

We’re not exactly known for our reliance on traditional structures in the independent community, and the game mechanics and concepts indie developers produce outside of those traditional structures have represented some of the medium’s biggest advances in storytelling, gameplay and community in recent years. If a player is paying a fiver a month to play that month’s releases on iOS, they’re likely shopping around for new experiences on offer on top of the games they came here for – everyone wants to get their money’s worth.

In return, the developers of those games will have access to a mainstream audience the size and diversity of which they could have never imagined before this little virtual arcade, and the experimental, wacky, and boundary-pushing titles will have the eyes they need to thrive. “I’m still sceptical of the subscription model,” Felix admits, “but there’s no way of stopping it anymore. Apple Arcade has got one thing right at least, a focus on high-quality premium games from some of the best developers around.” He’s right, a combination of audience size and the assurance of high quality may just dispel some developers’ initial qualms about producing for subscribers.

It’s those “high-quality premium games” that are going to run Apple Arcade, marking a distinct departure from the way mobile games have been played for years. One of the first things a player will realise when sitting down with their first Apple Arcade title is how much fun gaming can be on your iPhone once the microtransaction economy is redundant. It’s a plague that’s been hanging low over our heads since the free-to-play model reared its monetised head.

From multiple levels of in-game currency to relentless ads and level blocking timers, mobile gaming has become a skewed black market in recent years. With a focus on actually providing a solid gaming experience that doesn’t rely on addiction tactics or psychological currency trades, Apple Arcade can change the way we think about, play, and talk about the games we love – straight from our pockets. 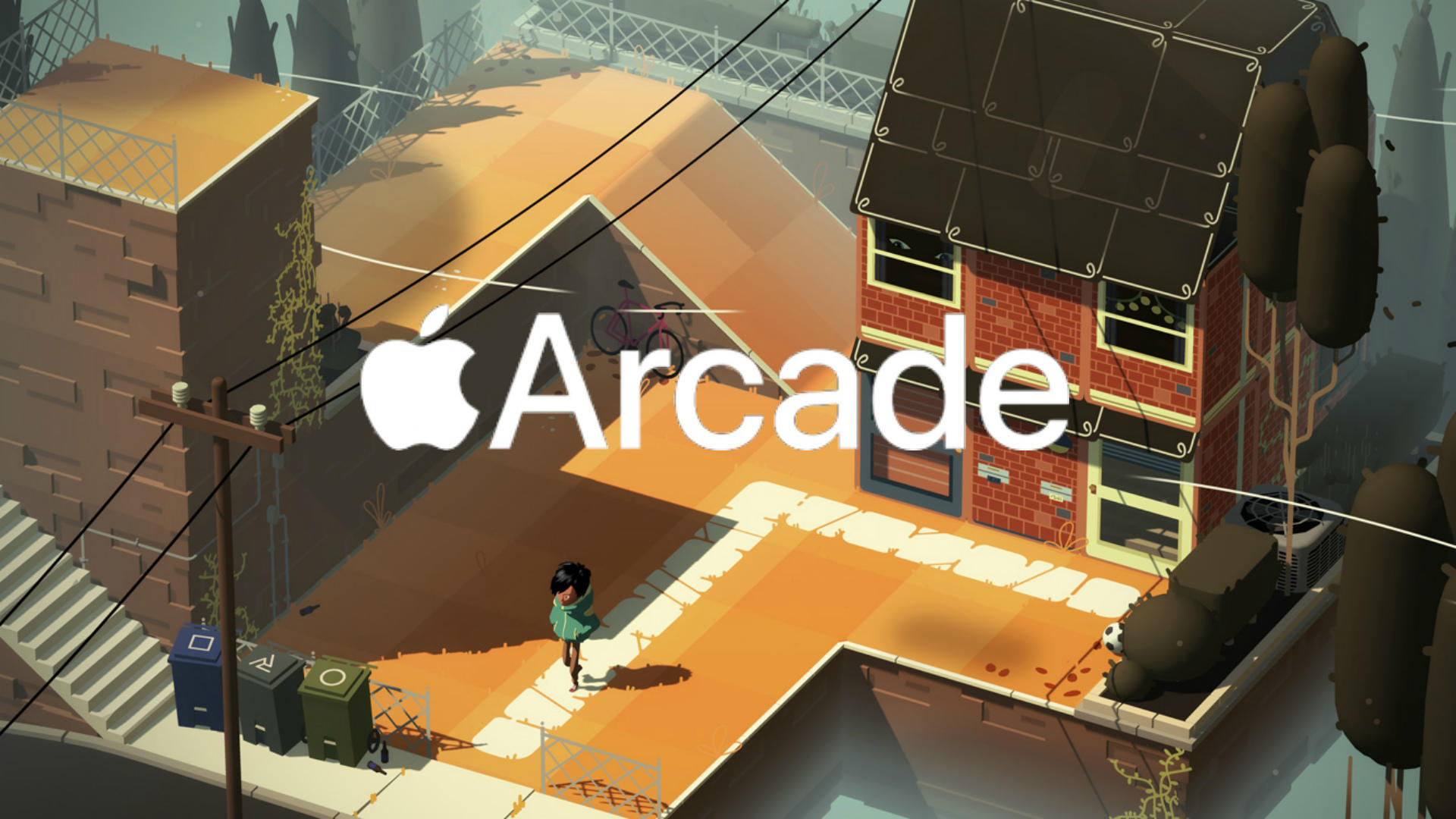 Before Apple Arcade, high-quality games were stuck in the shadows of these microtransactions. It’s an easy trap to fall into as a player; why pay £7.99 for a full game when I can get a quick fix of this free one for 10 minutes? I’m not paying £7.99 on a mobile game – all they do is charge more once you hit a level cap. These are all thoughts we’ve had, and all thoughts that are instantly dispelled by iOS 13.

“I was worried about the state of premium games on the App Store. Getting a bigger production profitable has become harder and harder over the years. I’m positively surprised that Apple is investing in premium experiences and hopeful that Apple Arcade will turn into a healthy platform for high-quality games,” summarises Felix. Everyone plays on their phone – I challenge you to find one toddler who doesn’t grab at your pristine device asking to play a game. Thanks to Apple Arcade, the reality could soon be that everyone is playing indie games on their phone.

In 2018, there were 101.9 million iPhone users in the United States. Steam reported that in 2018 it had 90 million users a month worldwide. There are far more people walking the streets with an iPhone in their pocket than there are logging on to Steam once a month. That makes Apple Arcade huge.

That makes it a level playing field for all types of gamers, opening more and more eyes to the power of indie games and the stories and gameplay innovations they behold. That makes the gamers who don’t even know they’re gamers engage with video games for the intensely powerful interactive experiences they can provide. That opens the digital doors to a whole new world of expression and entertainment without paywalls, timers and gems to stop you in your tracks. That brings more players into the fold with more ideas and new approaches. That changes everything.

Tabs’ perfect afternoon consists of a cuppa, a biscuit tin, and a good RPG. When she’s not writing, commissioning and editing indie game features, she’s writing for her own blog, Musings Of A Mario Minion.

Features Editor Tabs’ perfect afternoon consists of a cuppa, a biscuit tin, and a good RPG. When she’s not writing, commissioning and editing indie game features, she’s writing for her own blog, Musings Of A Mario Minion.