Tissues at the ready. 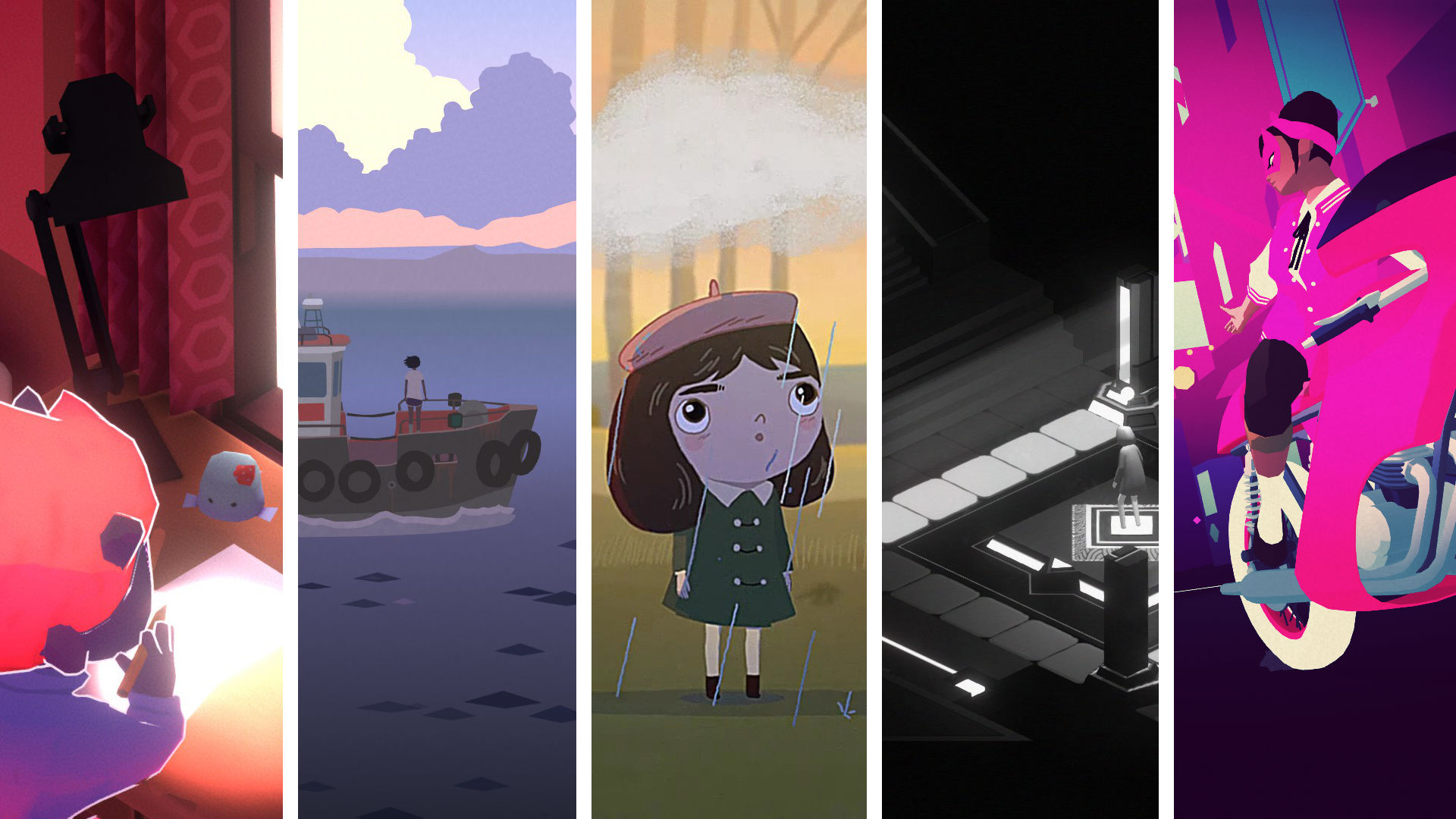 This month’s review roundup is an emotional special, featuring five new indie games that pull at the heartstrings. From tear-jerking storylines to tough themes and even the real-life plights of yourself and others, these games go in deep. Remember, it’s good to cry! 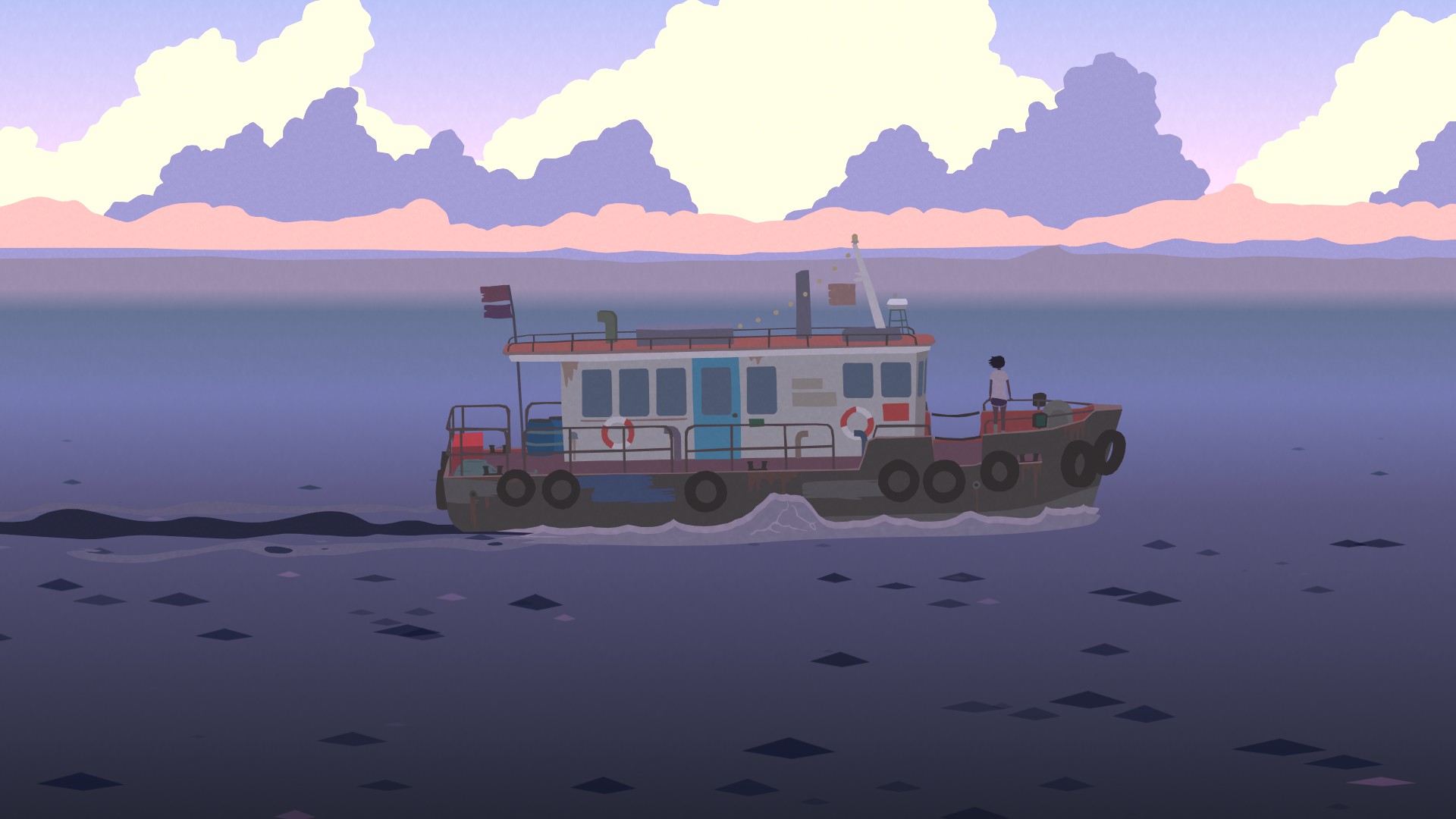 Mutazione is the story of fifteen-year-old Kai’s trip to the titular town. But this is no ordinary holiday. She’s going to visit her grandfather, who she’s never met. He’s dying. Oh, and the town is home to all manner of mutants and other mysterious creatures.

What starts out as Kai’s last chance to meet her grandfather and an opportunity to help him out during his final days becomes a lot more than she bargained for. The weird and wonderful residents of Mutazione welcome her into their tightly-knit community. The writing is beautifully raw and vulnerable, delving into all of their hopes, fears and dramas. In Night in the Woods fashion, your unofficial objective becomes seeking out every interaction with these loveable characters.

You also tend to a garden of beautiful mutant plants, aided by shamanic magic. The town of Mutazione is even stranger than it first seems, with its mysteries being uncovered throughout the course of your stay. It’s an awe-inspiring, calming setting brought to life with exquisite animation. Frankly, it’s perfect escapism. You’ll never want to leave. 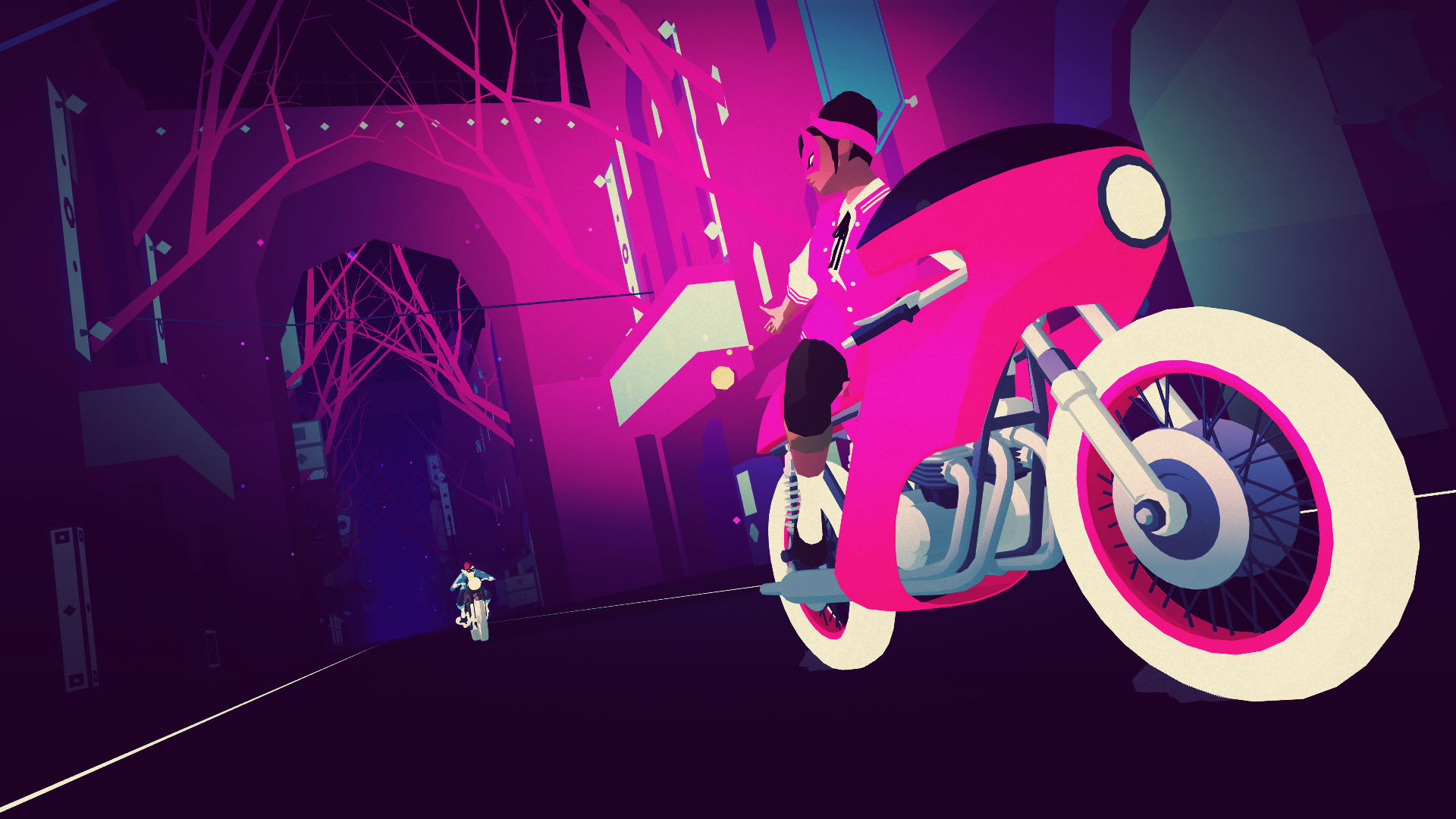 I want to like Sayonara Wild Hearts more than I do. Let’s be clear, I like it. But I want to love it.

Its concept is fantastic. A broken-hearted woman goes on a dreamlike journey to another world. She fights, chases and flees tarot-inspired opponents through wondrous, psychedelic levels on foot, by vehicle, and flying through the air.

It switches from dodging projectiles to high-speed pursuits and flashy sword battles in a split-second. I’m not sure I truly understood what was going on most of the time, but there’s a real sense of personal growth, catharsis and redemption felt during your adventure.

What truly sets Sayonara apart, however, is its style. A bold, sumptuous assault of purple and pink neon pours itself into your eyeballs. The animation is gorgeous. And it’s set to an infectious pop soundtrack that’s just as integral to the experience.

So why have I not fallen completely head over heels for it? I just can’t fully get on with how it plays. Much of it is a sort of trippy Temple Run, moving from side to side to gather heart gems and build your high score. I don’t mind its simplicity. But it feels loose and imprecise, coupled with its blazing velocity and flashy visuals that make it hard to see where you’re going and react in time.

Don’t get me wrong, it’s not difficult. If you fail a few times in a row, it even asks if you’d like to skip that section. But it rarely feels like you’re properly in control. I can’t help but think that rhythm game mechanics would have worked better – particularly considering the musical essence of the game. 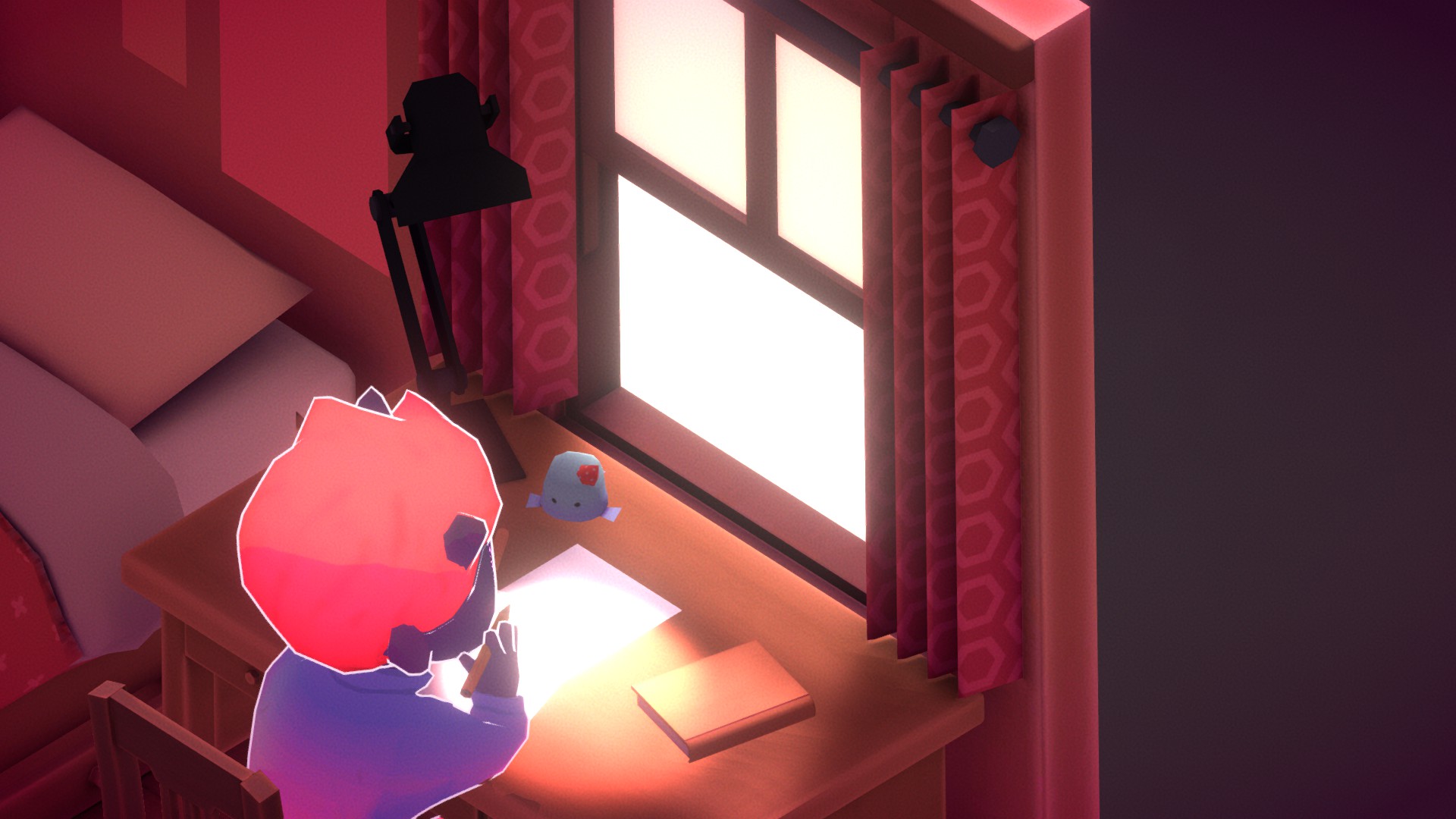 Kind Words has one of the most wholesome concepts I’ve ever seen in a video game. You write heartfelt letters to other people, posted by a friendly mail deer, and collect cutesy stickers for your efforts. It’s an increasingly rare thing to find such a good-natured experience on the internet.

You have the choice of three actions: send a letter out for people to reply to, respond to other people’s letters or write a one-way public message of encouragement. The anonymity invites serious, personal admissions. A girl struggling with the breakup of her first relationship. A guy wondering how to support his grieving friend. A player… err, wondering how to safely move their Minecraft house’s cat and belongings.

You feel a certain level of responsibility when replying to letters broaching the deepest, more personal subjects. The adorable art style and chilled soundtrack help to avoid it feeling too heavy, mind, while still keeping a feeling of sincerity. Thankfully, I didn’t once encounter a troll, perhaps aided somewhat by the ‘report’ feature.

It’s difficult to review a game of this nature, particularly to put a score on it. But if the opportunity to empathise with and show solidarity to fellow humans appeals, Kind Words is a must-play experience. 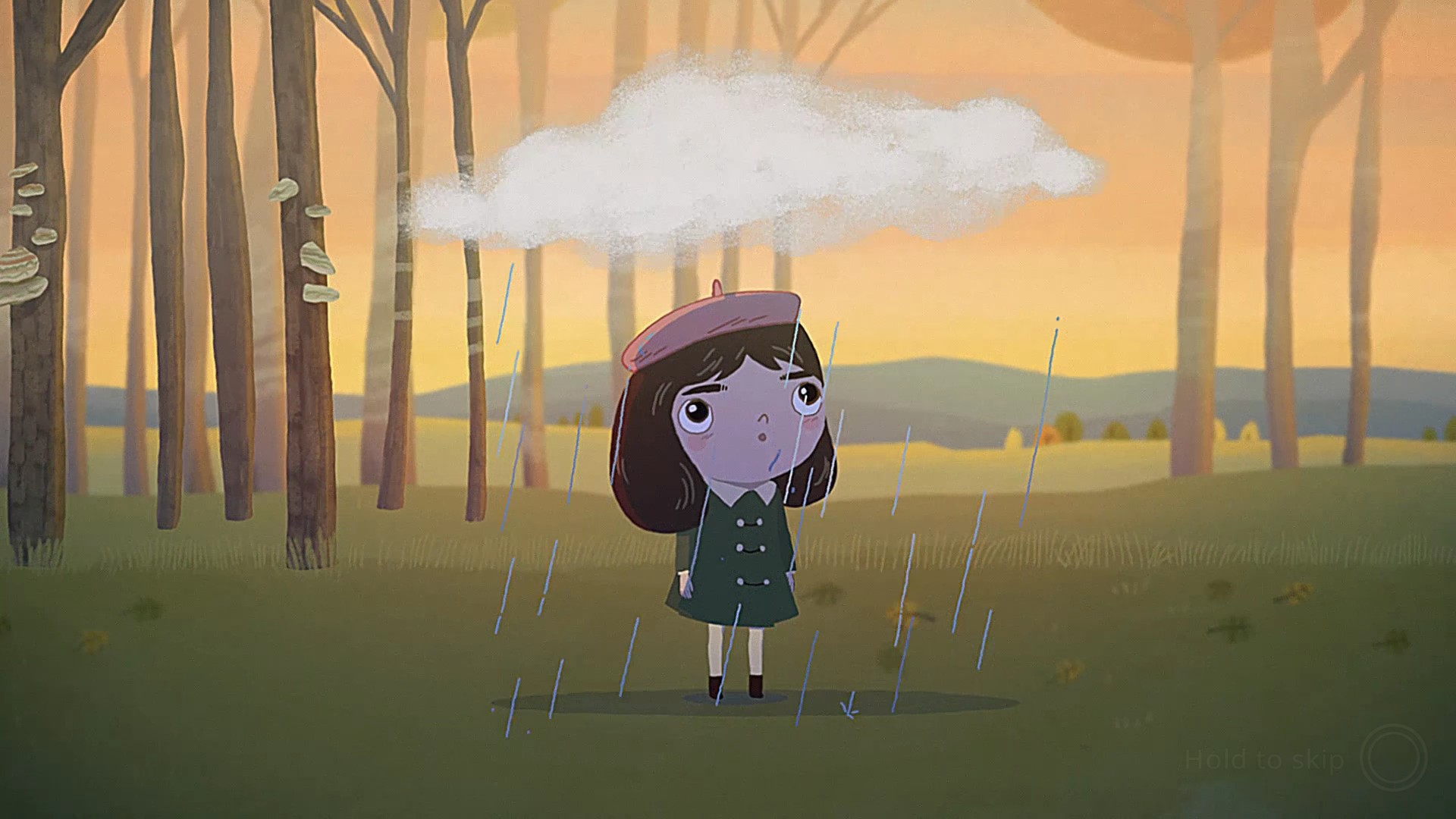 Little Misfortune doesn’t pull any punches. From suicide to alcoholism and domestic violence, the aptly named Misfortune sees it all. You’re invited into her world from an eight-year-old’s perspective and the innocence that comes with it. Take Stony, the bloodstained rock her father once threw at her head, which she draws a face on and keeps as some sort of twisted companion.

Little Misfortune is the latest from Killmonday Games, the developers of Fran Bow. There are clear throwbacks to their earlier game, from the young female protagonist to the dark and gothic themes explored throughout. But the puzzles of Fran Bow are eschewed in favour of a stronger focus on dialogue, narrative and making decisions that affect it.

Misfortune wakes up one day with a voice in her head. Mr Voice, as she calls him, invites her to play a game, with the promise of eternal happiness as a prize. This takes her on an adventure through her town with an appropriate level of misfortune along the way. Misfortune’s voice acting is a highlight, delivered brilliantly by Killmonday’s own Natalia Martinsson. Some things she says are downright hilarious, with a wonderful Swedish inflection adding weight to her catchphrases.

Dark humour is used liberally throughout Little Misfortune’s exploration of bleak themes. Half of the time, you don’t know whether to laugh or recoil in horror. Either way, it’s easy to become absorbed in the plight of our little heroine. It’s pretty short for the price of admission and arguably a little too much of a cinch to play, but a loveably weird tale all the same. 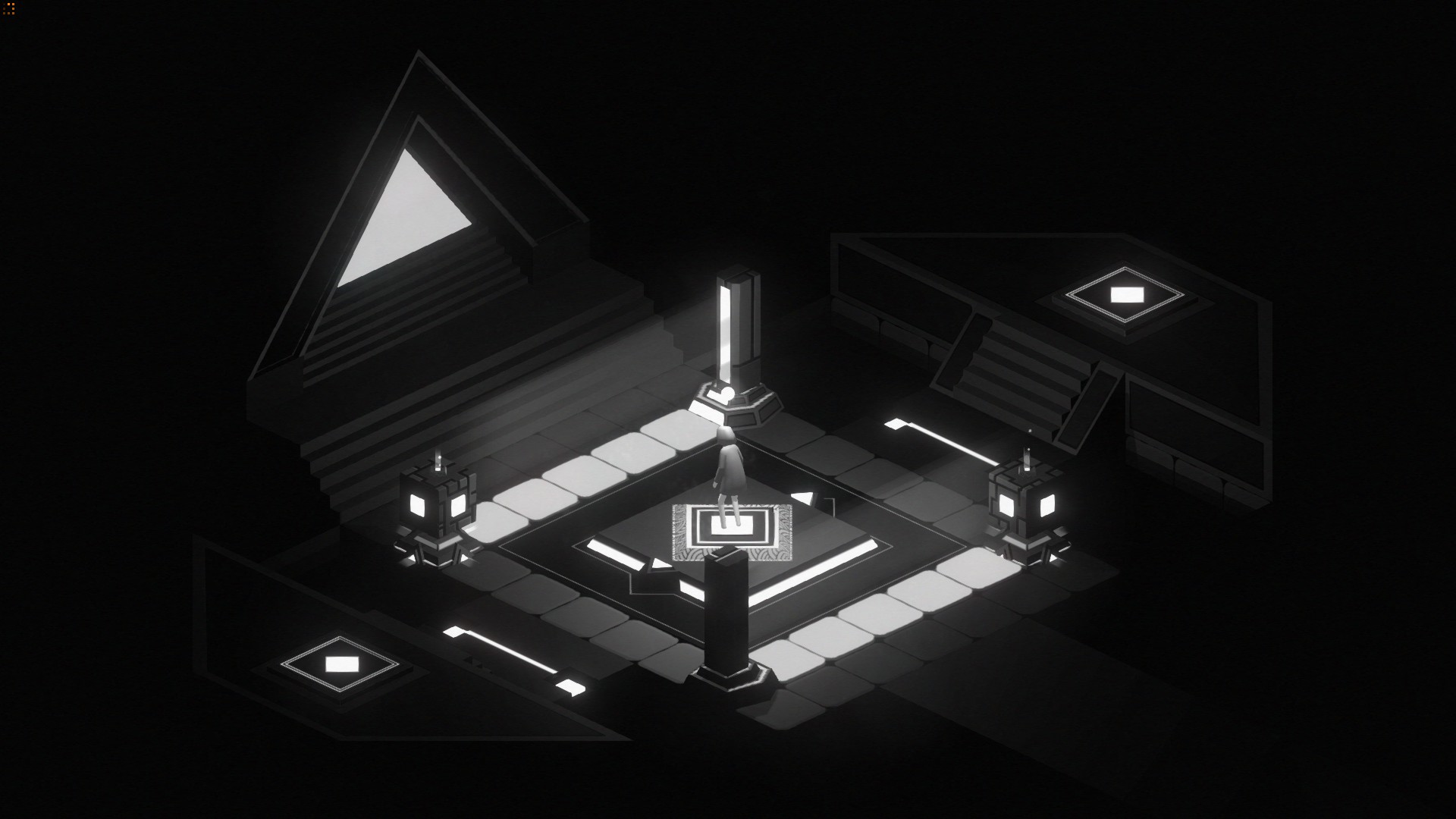 FRACTER started out life on Android and iOS and has now made its way over to the PC. While it’s pretty clear it started out life as a mobile game – not least from the style, which is like Monument Valley but through its moody, emo teenage years – the experience translates fairly well overall onto a larger screen.

If it wasn’t already obvious, FRACTER is dark. When I looked through my screenshots after playing, the one pictured above was perhaps the least dingy of the lot. In fact, this stark aesthetic can be problematic from a practical standpoint – at times, I couldn’t make out where to go and had to hug the walls to check I wasn’t missing any paths.

Thematically, however, it’s spot-on. You play a girl who stumbles across a magic mirror. When she looks in, it bursts open with light and shadow clones of herself, which scatter across the various levels of the game. You then have to put yourself back together again, absorbing the light clones while facing the inner demons that chase after you.

Standing in your way are puzzles which involve pushing blocks, stepping on floor switches and lining up mirrors to shine beams of light onto magic blocks. While not the most exciting or original mechanics, they’re generally well designed.

FRACTER is a brief puzzle adventure that doesn’t break the mould. But it’s a well-accomplished port worth checking out at its low asking price.