Day and Night is a block puzzler with a clever twist

On the surface, Day and Night plays like the classic tile matching puzzlers you remember from your childhood such as Tetris, Puyo Puyo and Lumines. In a split-screen format, players stack and combine matching blocks in groups to remove them. The twist? Each side of the screen is presented as either day or night, with each player only being able to eliminate chunks that correspond to that time state. Therefore, you must focus on linking the correct types while managing an ever-growing pile of inactive blocks. 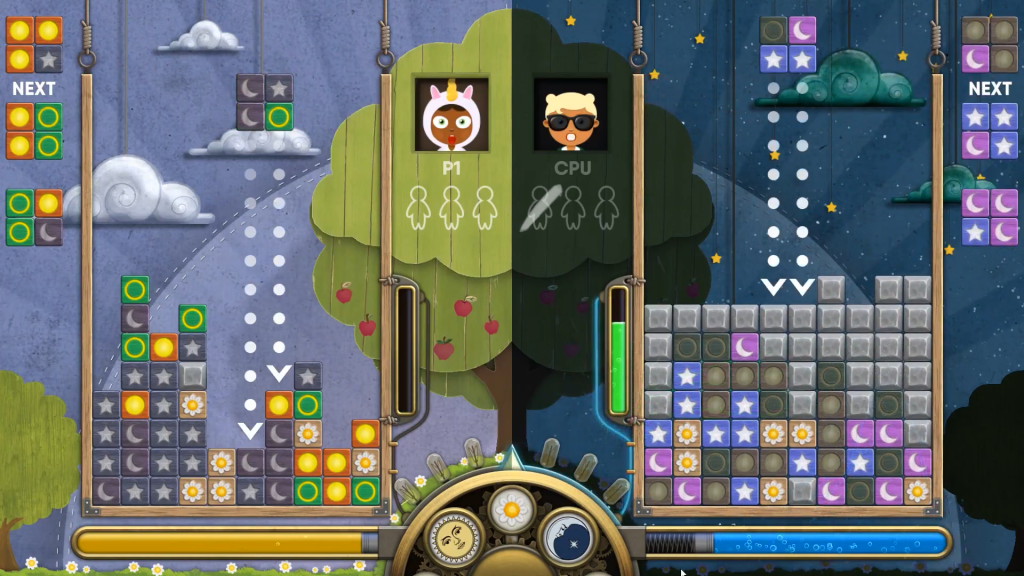 When you earn enough points, you’re able to switch the time of day and utilise the inactive blocks. If you’ve planned carefully, you can clear large stacks quickly using this method.

“We know we are standing on the shoulders of a classic genre,” says Jeremy Airey from Ridiculous Games, “and we have made sure to stay true to its core mechanics of barely-controlled chaos and split-second decision making, all the while expanding upon it in an exciting new way.”

Day and Night awakens on the Nintendo Switch on 22nd October and will be priced at $19.99.