There are some who call it a shlooter

There are some who call it a shlooter 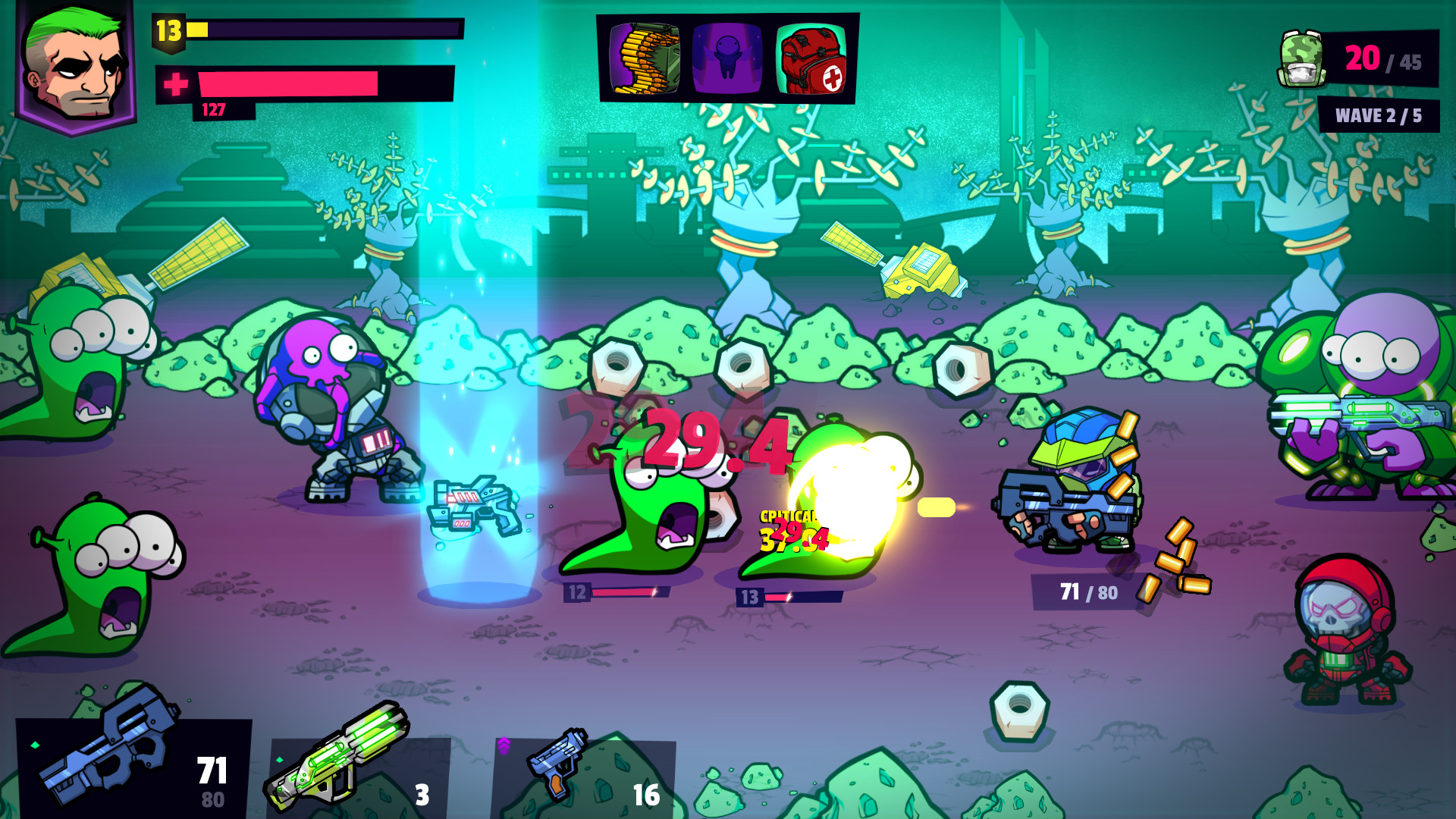 A hectic side-scrolling looter shooter is how Steam Early Access title Deadtime Defenders describes itself. In truth, it’s a lot of things, but it doesn’t really need the label of looter shooter – that buzzword for ARPG-turned-first-person shooter.

Deadtime Defenders isn’t a bad game at all; from items spawning in different areas, through consistent art-style and the wide selection of weapons and armours to collect and upgrade. Currently, however, it’s not delivering far beyond that mark. In its incomplete, Early Access form it has repetitive music, and the current level of content fails to stretch even slightly close to feeling like it will cover the potential infinity of its playtime. As it has no end, everything from its tutorial is a perpetual ‘middle’ of the game and the new features – customising weapons, mastering the skill tree, completing quests – operate at a strange pace when compared to its quick wave-based runs.

It’s a game which would have been perfect to play while in the heyday of Flash Games – a wave-defence shooter with a decent selection of weapons and thematic enemies. Back then, it would have been lauded and generously shared around, and that’s because – as I said before – it’s not a bad game at all. It just doesn’t really push the boat out.

A high tide raises all looters? 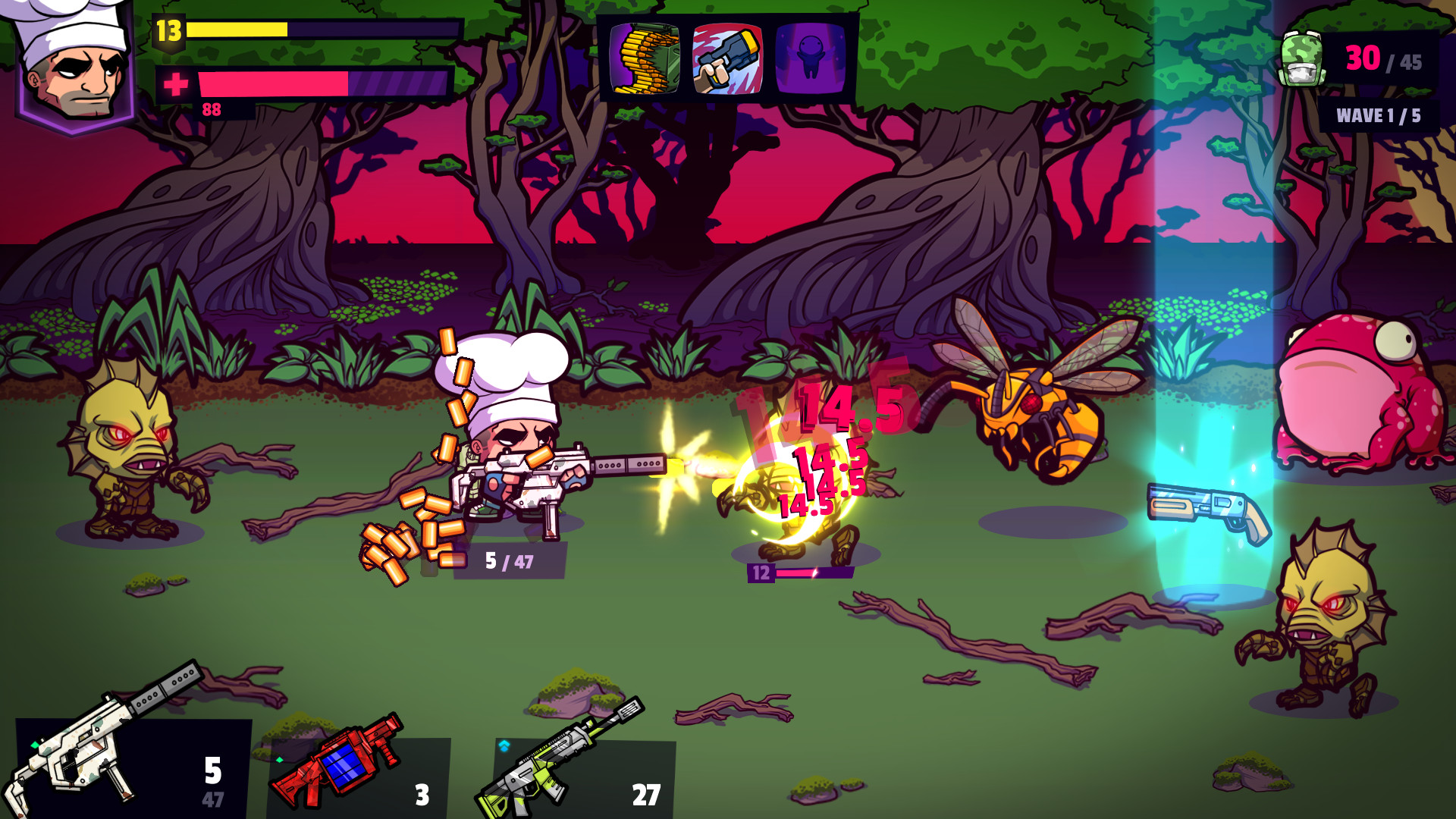 How can a game about defending against waves of enemies really push that boat out? Well, the developers, Ravenous Games Inc, have the right idea. Here’s where the looter shooter element of it comes in.

The undeniable origin of the term looter shooter comes from Borderlands, a fusion of FPS and Diablo-tier aRPG. If you’ve played the screaming juice-boxes that are the Borderlands series, then you’ll be more than familiar with things exploding into showers of loot and of numbers spraying off of enemies as you pummel them with bullets. That’s what a looter shooter is, after all, an over-rewarding ARPG strapped to the barrel of a gun. All of that said, something else that is critical to the mix, which Borderlands did to a level of perfection, is adding depth to that breadth of drops. In the case of most looter shooters and ARPGs there are innumerable droves of drops, with each item each having a selection of stats to make sure that even if two things look alike, they are intrinsically different.

Deadtime Defenders is definitely on course to become a looter shooter worth talking about if development takes it that way, however, at the moment it’s closer to a satisfying Flash Game of yesteryear. Progress comes through grinding through waves and collecting crystals – those Crystals can be used for a bunch of things, but the most important one is unlocking new settings. These settings are deeply varied, from a haunted mansion to prehistoric times.

Not the dress kind 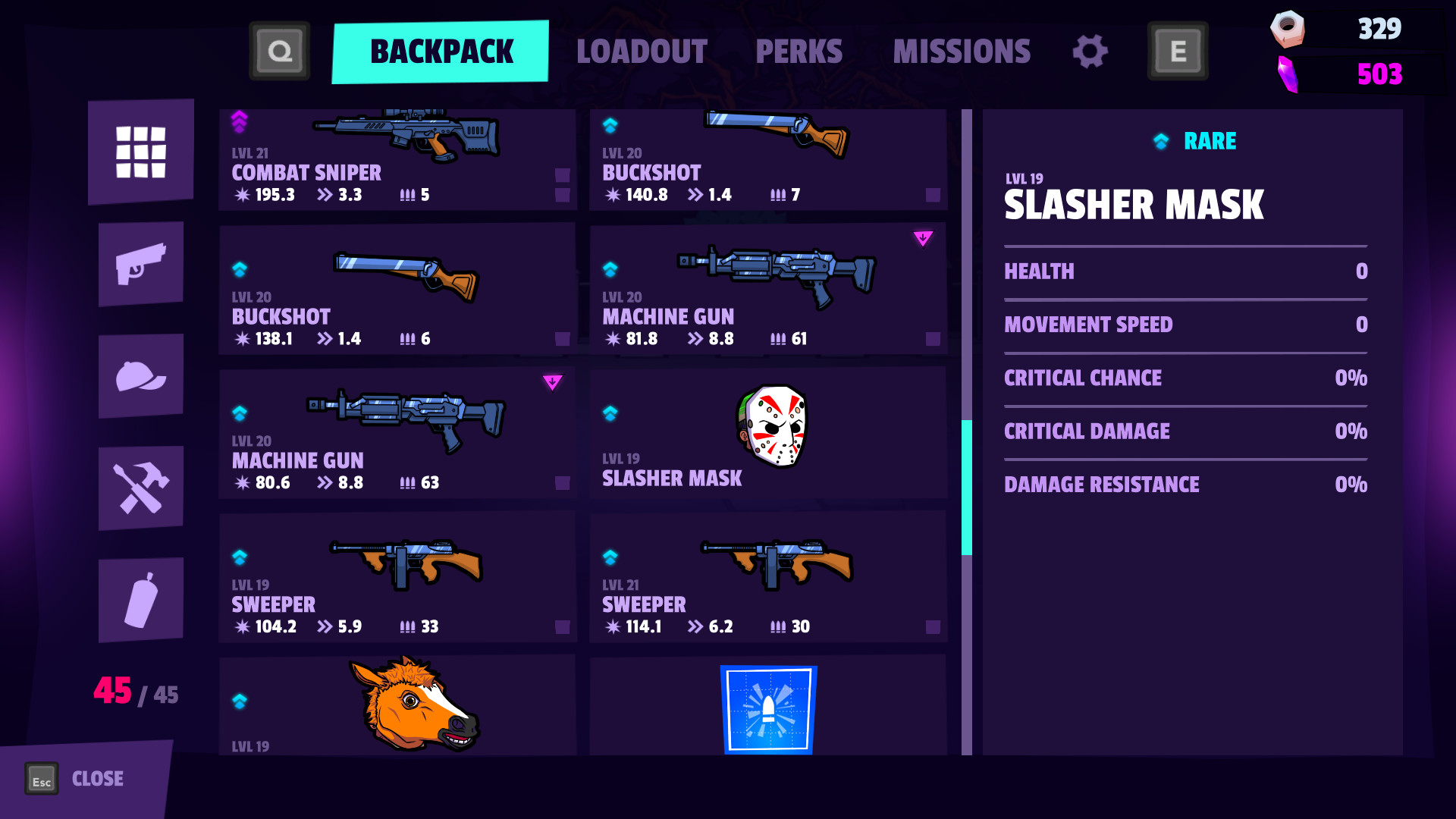 The enemies, while they follow patterns, are thematic and match the zones that they exist within. This is great; however, the ability for players to dive into certain time-zones means that they’ll likely pick one that they’ve got a deep understanding of. Because enemies scale based on your characters level, you might as well grind out progress in the game in a place where your weapons are strongest against enemies. And, that’s the problem, the progression is in making numbers bigger, it’s in unlocking every zone and then – as you’ve unlocked everything by level 6 – the push on toward level 30 so you can unlock the most elusive zone.

That’s a problem. Looter shooters should be juicy, explosive and almost hypnotic – and when an area gets a bit too easy to move through you should be thrown into a different region of the game’s world, like action-RPGs like Diablo do so well. Instead, Deadtime Defenders lets you unlock those areas, and allows you to pick and choose the battlefields that you’ll be fighting on. If this was a full release then this would be unforgivable, luckily the team have got the start of several solutions in place already.

The first solution is that certain weapon types only appear in certain areas, something which the game prides itself on with its codex, which clearly details where you can go to get each one. Once there it’ll normally take a few runs before you get the drop you want, but the issue is that once you’ve got it you’re straight back to the grinding – and there’s currently not enough juice or variety to keep it interesting. More weapons, more varied weapons and less control over which zones you’re going into is the way forward here, but is tightening up the structure of the game something a developer might do in Early Access? 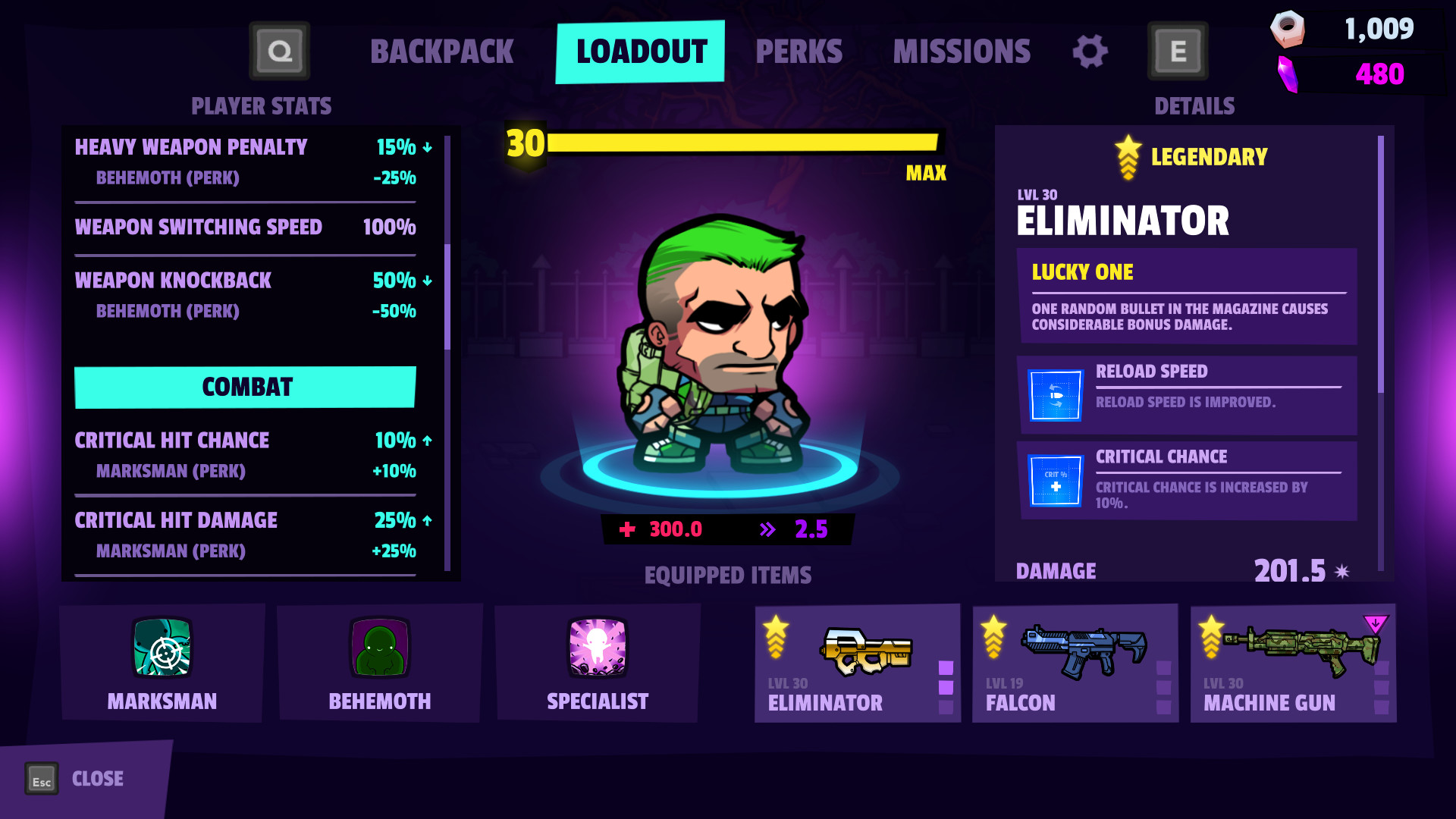 Secondly, there’s a customisation system in the game. It’s the start of something good. You can get the weapons in a variety of colours, and mods can be strapped onto the weapons. There’s no character or personality here, like the arms merchants of Borderlands, but by having weapons only accept a single add on (permanent adjustment) and have some be found with them already on the weapons-system can be deepened. At current, there’s nothing stopping you from pulling an attachment off a gun and bolting it onto others as many times as you wish.

Thirdly, there’s the start of a competent quest system which exists outside of each wave-based run. The quests mainly give experience as rewards, however, they also give you an actual reason to return to the hub and to stop an endless circuit of dashes as you grind to level up. At current the quests are basic stuff, things like ‘survive x waves’, however, if they become more specific ‘kill x vampires with a single rocket launcher missile’ then there’s plenty of potential.

Steam Early Access makes it incredibly tricky to predict the path of games; sometimes they can stay in the system indefinitely, or completely change their way in a single update. Some games simply die there. If Deadtime Defenders adapts itself while focusing on that looter shooter goal then it’s something I’ll eagerly return to – for now, it’s simply an okay game which does nothing new.