Review Round-Up: Breathedge, Forgetter, In My Shadow And More

There is nothing like having more games than you have time to play, especially with a multitude of indie game releases in April. Here are some bite-sized reviews for some not-so-bite-sized games. 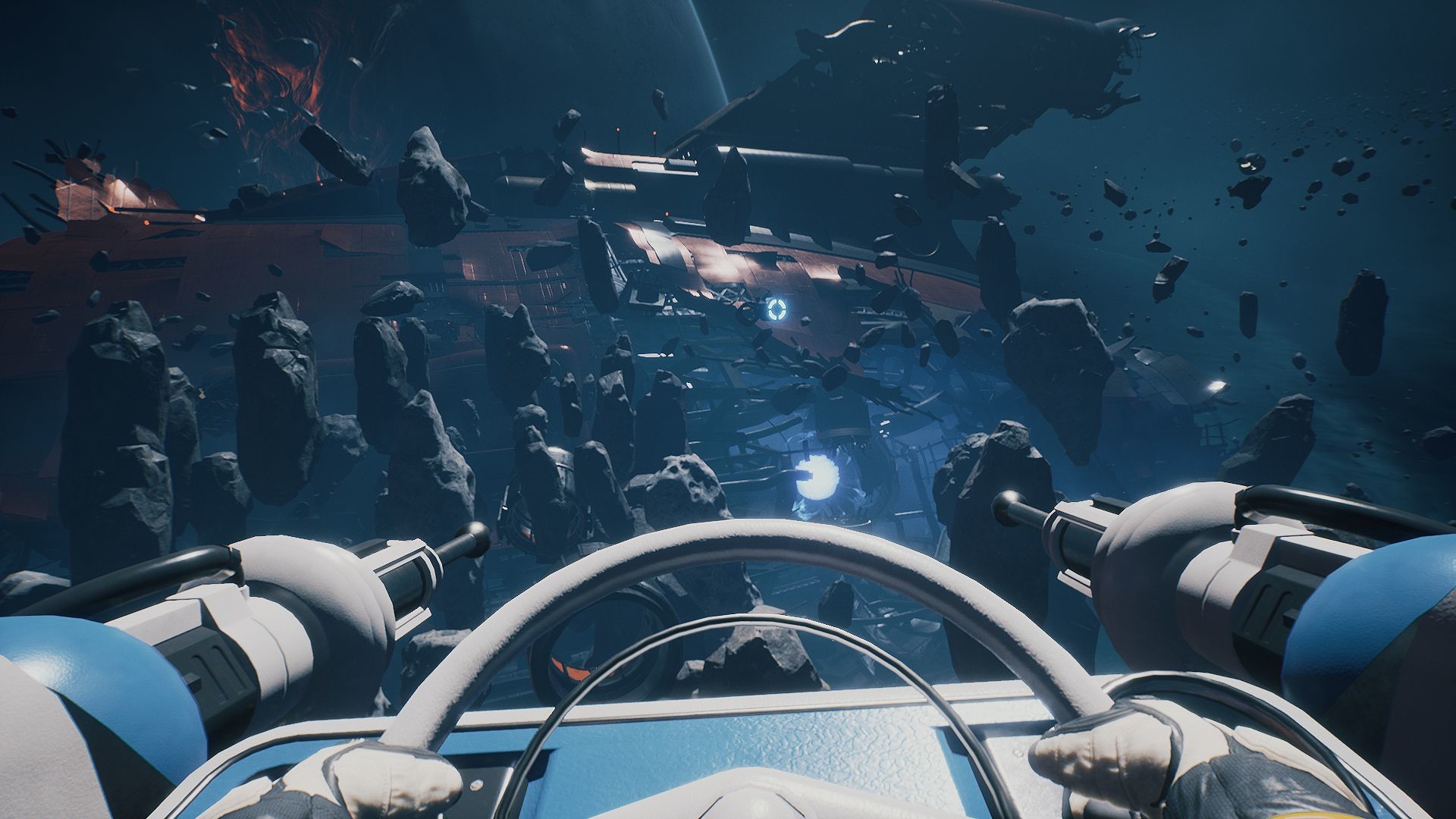 Breathedge is like that one friend you love: great fun in small doses, but talks way too much all the damn time. At heart a survival game about being stranded in space—something about your grandpa being accidentally tossed out of the window—Breathedge has you take a treacherous expedition, out of the comforts of your shattered space liner, towards the vast expanse of space to mine for resources.  At first you’ll be grabbing whatever floating orb of metal and ice you can get your grubby hands on, but you’ll soon need to fix up handy tools to excavate more resources from the remains of the derelict space shuttles around you. While there’s some comfort in the repetitive routine of mining and seeking refuge back in your space liner, as you gradually chip away at your objectives, its endless gags and space jokes do get tedious very quickly. Sorry, buddy. 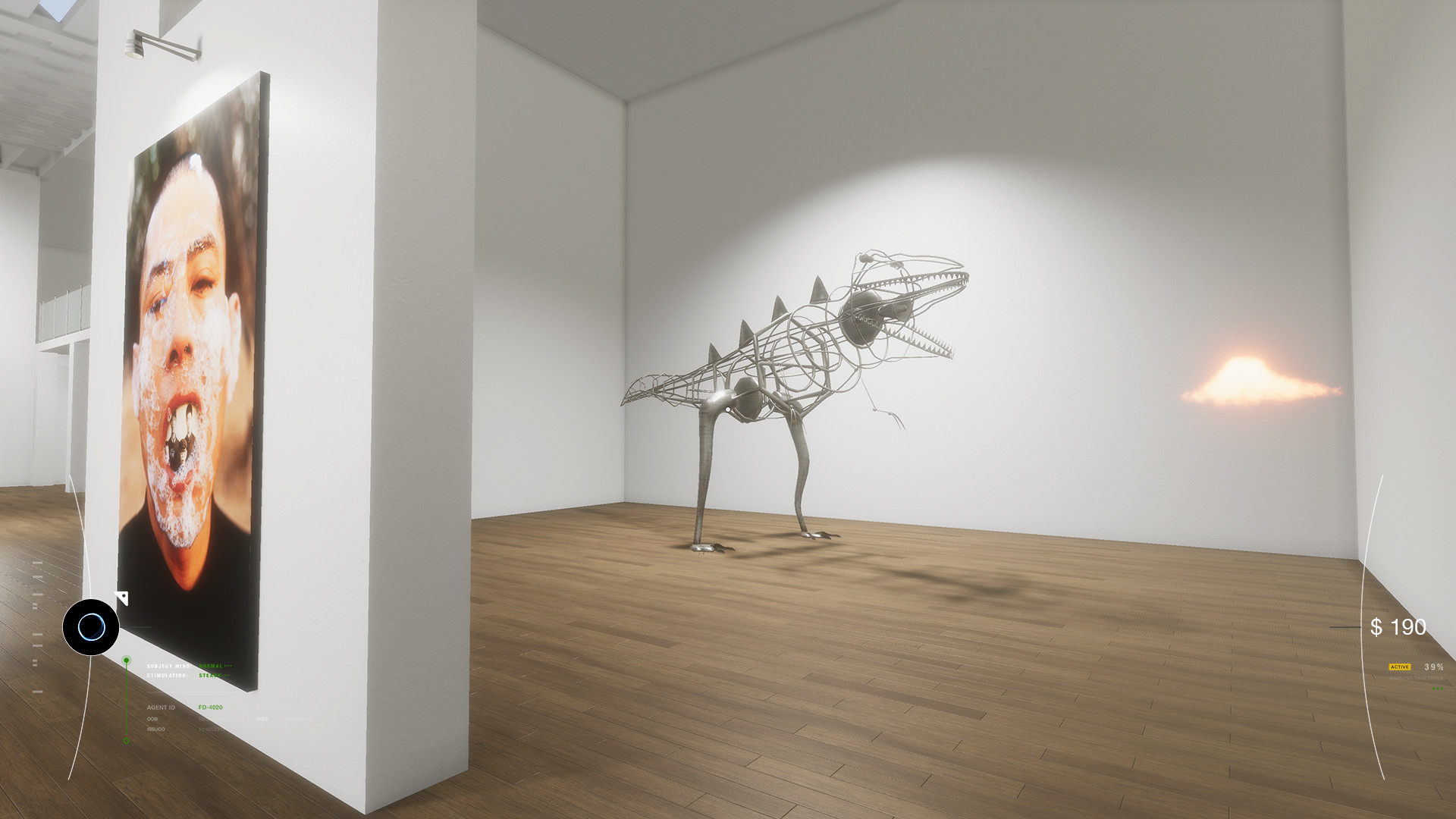 The tortured artist trope is one that’s done to death; it posits you can only be at your most creative when you’re suffering, and needlessly romanticises mental illnesses. Forgetter attempts to subvert this by suggesting what sounds like a logical but ruthless solution: reap the creative ingenuity of dead artists, but suffer none of their turmoil. The result of this experiment is as troubling as one would expect.

Forgetter left a lasting impression on me for its heartbreaking portrayal of trauma. But despite its best efforts, it ultimately fails to transform the tortured artist trope, instead still picking at the same, troubling sentiments about the relationship between creativity and misery. But at the very least, it got me pondering about our relationship with trauma, and whether the capacity to completely forget these memories is equivalent to moving past them.

That said, check out Ty’s thoughts on Forgetter in our April newsletter. 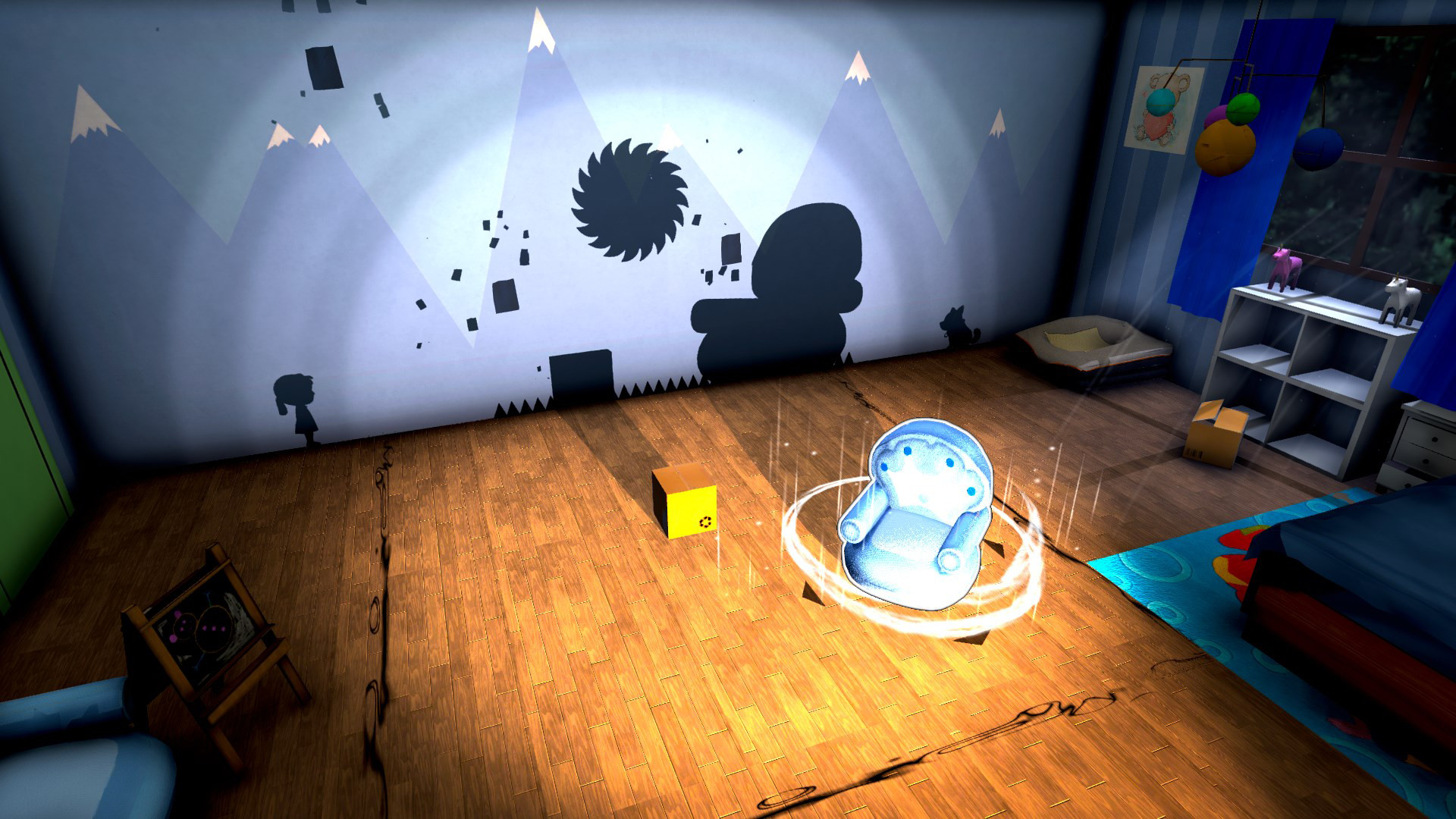 A puzzling but dreary platformer

Style over substance is usually such a hollow statement, but In My Shadow truly does push this sentiment to its limits. A puzzle-platformer that taps on the monochromatic shades of shadows and light made popular by LIMBO, the game is centred around the experiences of a lonely teenager named Bella, who seemed to have a fraught relationship with her family. The platforming section of the game comes in as she revisits her childhood memories one evening, with you taking her shadow across a pit of imagined hazards.

These puzzles are challenging but invigorating. The short of it is this: you’ll need to push specific objects around, which will cast a shadow on the wall for her shadowy figure to traverse through. That said, everything else about the game is not as memorable—from its overwrought music to its clunky visuals. In My Shadow veers between sheer monotony and needless melodrama. which makes it difficult to stomach. 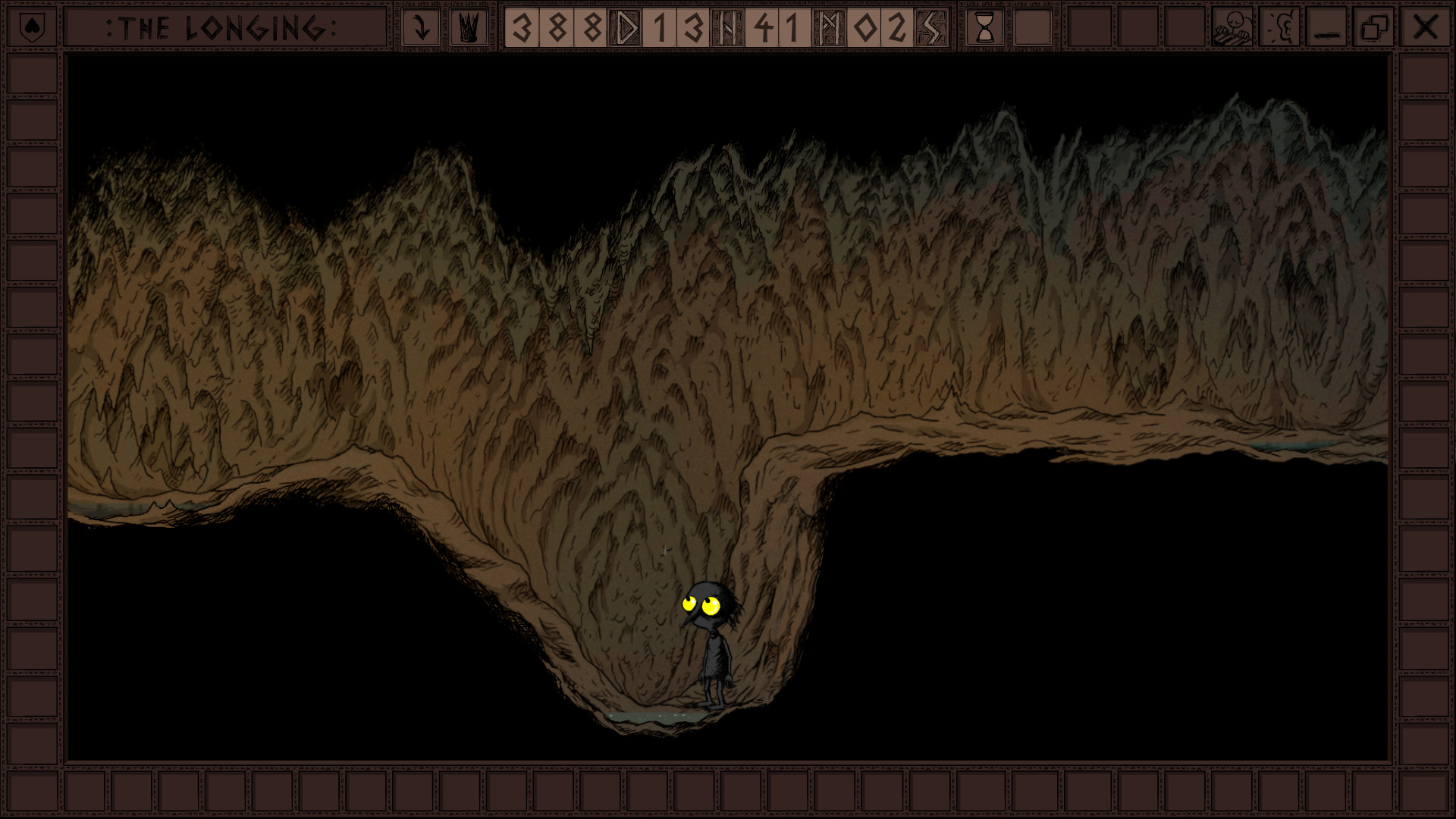 How can a game that forces you to spend 400 days with it—in real-time—be this insufferably fascinating? The Longing’s key conceit is that it’s an idle point-and-click game, where you take control of a dark, frail figure, who’s simply named the Shade, living in a sprawling, underground cave. Their king has assigned them a grave undertaking: to look over him for 400 days until he wakes up, but they’re, under no circumstances, allowed to leave the cave.

Meanwhile you wait. You can read a book with the Shade—some of the books being the entirety of Moby Dick and Thus Spoke Zarathustra. You can draw and doodle. You can explore the cave. But everything is done at such an intentionally glacial pace that I had wondered, at the beginning, if this was all just an elaborate joke to waste my time.

Turns out it isn’t, and The Longing is one of the most inventive experimental games I’ve played. It captures the depths of crushing loneliness and isolation, but also a surprisingly soothing companion to equally lonely souls. I’ve spent three hours on it already. 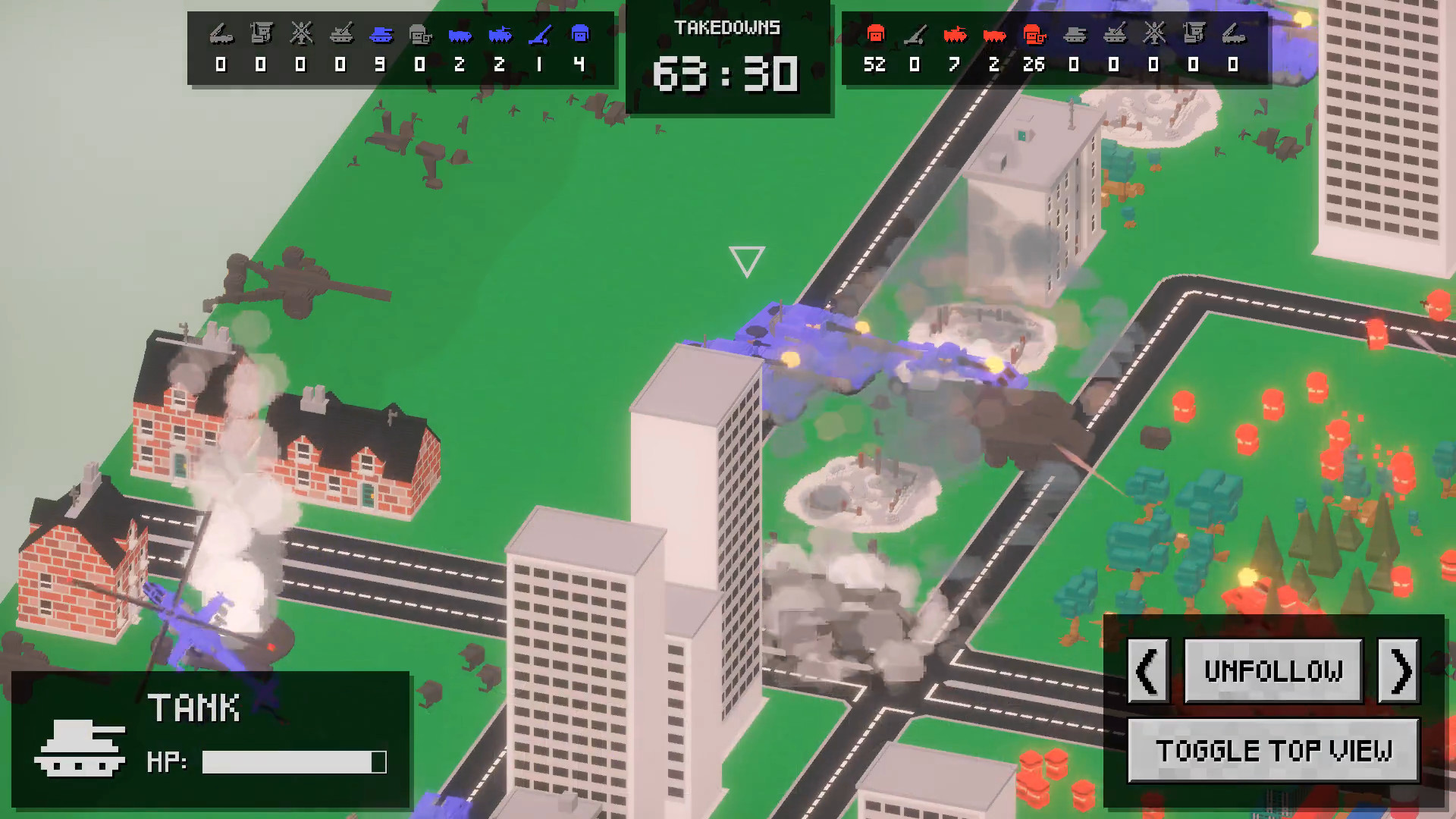 Voxel Battle Simulator wants you to pit tiny little voxel pixel armies against one another in an all-out competitive battle. You are given an amount of money to defend your base with, from the most basic of infantry that battle on foot, to artileries that can fling munitions across a vast distance. Once you’ve deployed them, you can watch them clash with the opposing team, both armies yelling with all the excitement and confusion of overly energetic puppies as they do so, and unlock more defenses with the spoils of war. However, while the game functions on a fundamental level, it’s barely compelling or innovative enough to keep me playing.